Amongst all of Acer‘s IFA 2017 announcements comes the Switch 7 Black Edition, a 2-in-1 detachable laptop with a slim build and what the company calls a world’s first: a fanless design despite having discrete graphics. Such an achievement is thanks to Acer Dual LiquidLoop cooling tech, which keeps the Black Edition from overheating despite the lack of a fan. There’s a lot to like about this model, not the least of which is its NVIDIA GeForce MX150 graphics.

The Switch 7 Black Edition, as with 2-in-1 devices before it, features a tablet portion and a keyboard portion; the two can be combined to form something like a laptop and they can be separated when a keyboard isn’t needed. When the keyboard isn’t connected to the tablet, the Switch 7 Black Edition weighs about 2.5lbs. Design features include brushed aluminum on the body and the company’s AutoStand kickstand for rapid deployment and retraction. 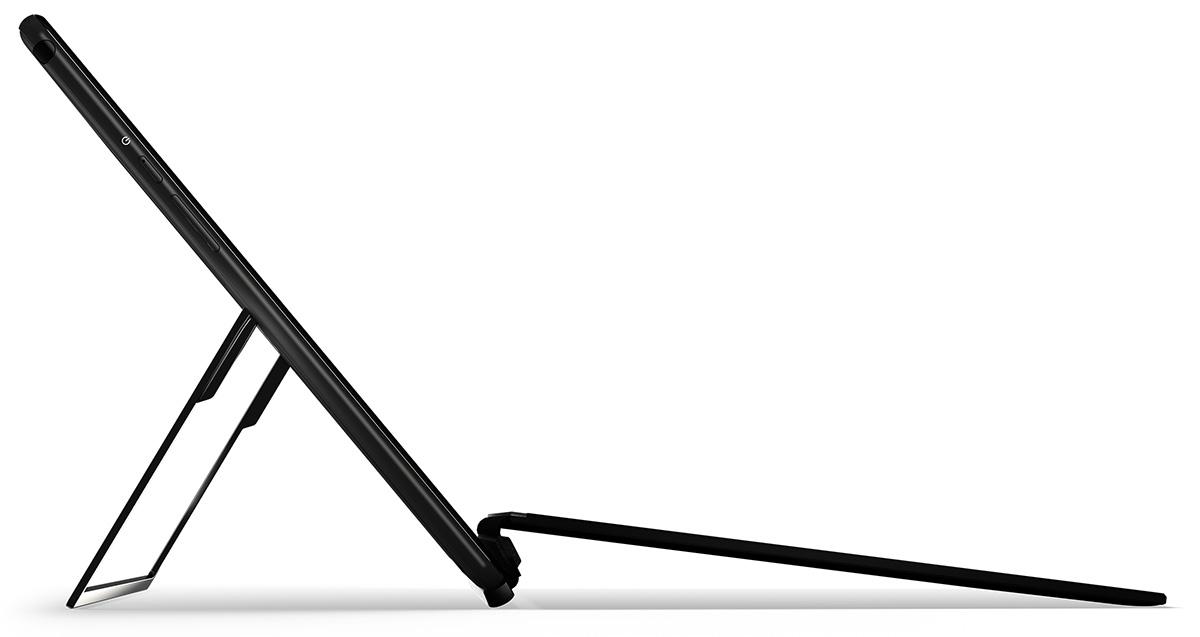 The tablet portion has a lot going for it, not the least of which is Wacom’s EMR tech for 4,096 pressure sensitivity levels. This model has support for pen tilt and comes with an embedded stylus, making it a viable option for graphic designers and artists. The Wacom tech is paired with a 13.5-inch 2256 x 1504 IPS display and the promise of wide viewing angles.

As with certain competing models, the Switch 7 Black Edition’s stylus doesn’t feature batteries, eliminating one of the more annoying aspects of using a digital pen. Stylus aside, the system also supports Windows Hello and includes an under-glass fingerprint sensor that can be used to both power on and log into the device.

All of this will be joined by an 8th-generation Intel Core i7 processor, though Acer doesn’t go into any more details about what lies under the hood. Adding that to the NVIDIA graphics, it is clear Acer is targeting power users and others who need a powerful, capable convertible laptop, not a toy for doodling and surfing the web. The company plans to offer this model in North America starting this upcoming December; the starting price will be $1,699 USD. The model will launch in the EMEA markets in December as well at 1,999 Euro.