Among the slew of notebooks, tablets, and gaming machines Acer revealed today, the company also announced a Swift 5 refresh. Those who are familiar with the Swift line already know that the 2020 Swift 5 is going to be an ultrabook in pretty much every sense, with Acer specifically touting the notebook’s “ultrathin-and-light” design.

Specifically, Acer says that the Swift 5’s chassis clocks in at 14.95mm, with the total weight of the machine “staying under” 2.2 pounds. The notebook is powered by “next gen Intel Core processors,” though unfortunately, Acer didn’t get more specific on that front aside from saying that these CPUs feature integrated graphics built using Intel’s Xe architecture.

For those who want a little more graphics oomph, you’ve also got the option of upgrading to GeForce MX350 GPUs. While that will beef up the graphics capabilities of the Swift 5, you definitely won’t be doing any intensive rendering work or gaming on this machine, even with that discrete graphics card. 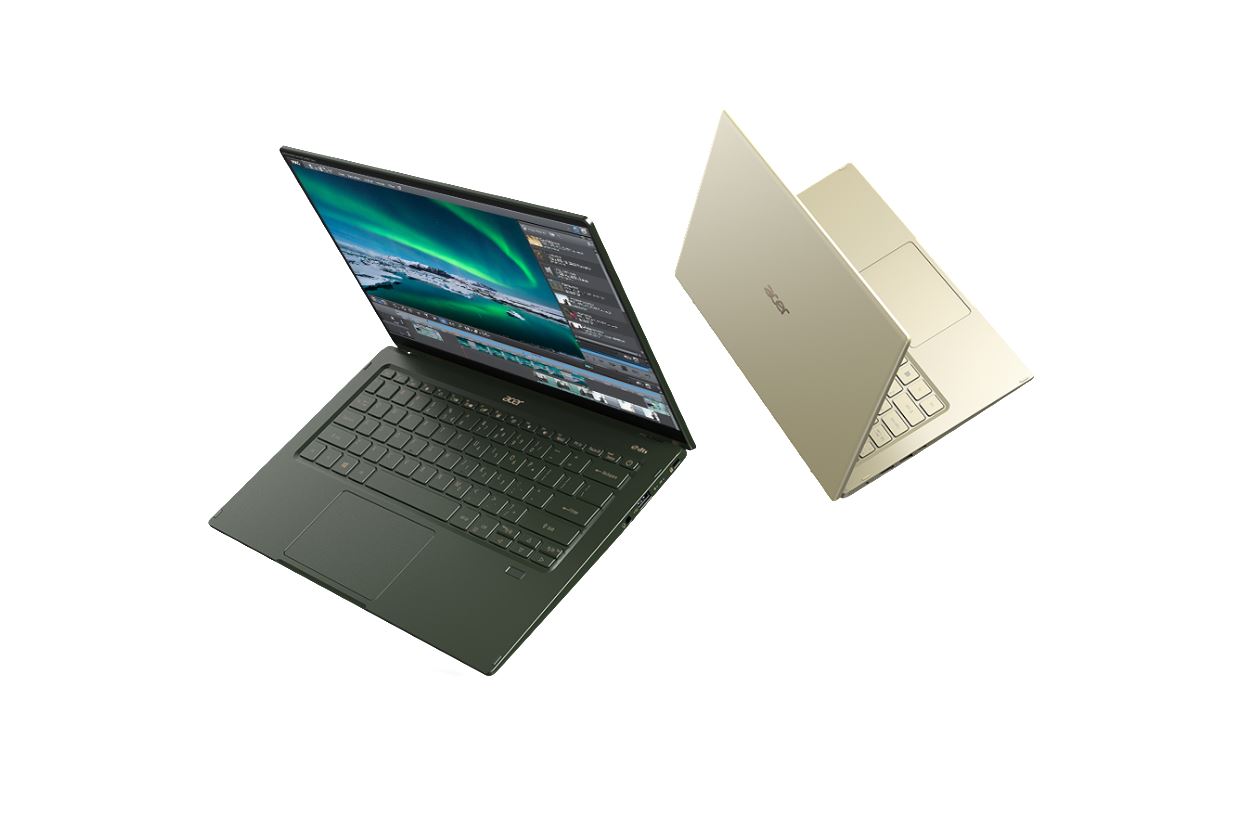 RAM options top out at 16GB LPDDRAX, while storage goes up to a 1TB PCIe SSD. The 14-inch, FHD IPS touch display on the Swift 5 covers 72% of the NTSC color gamut and has “ultra-narrow bezels” that give the notebook a 90% screen-to-body ratio. The display has also been outfitted with antimicrobial Gorilla Glass, so even though you’ll still want to clean it regularly, that should (hopefully) help stem the growth of bacteria in between cleanings. If you want to, you have the option of applying an antimicrobial coating on the trackpad and keyboard as well. 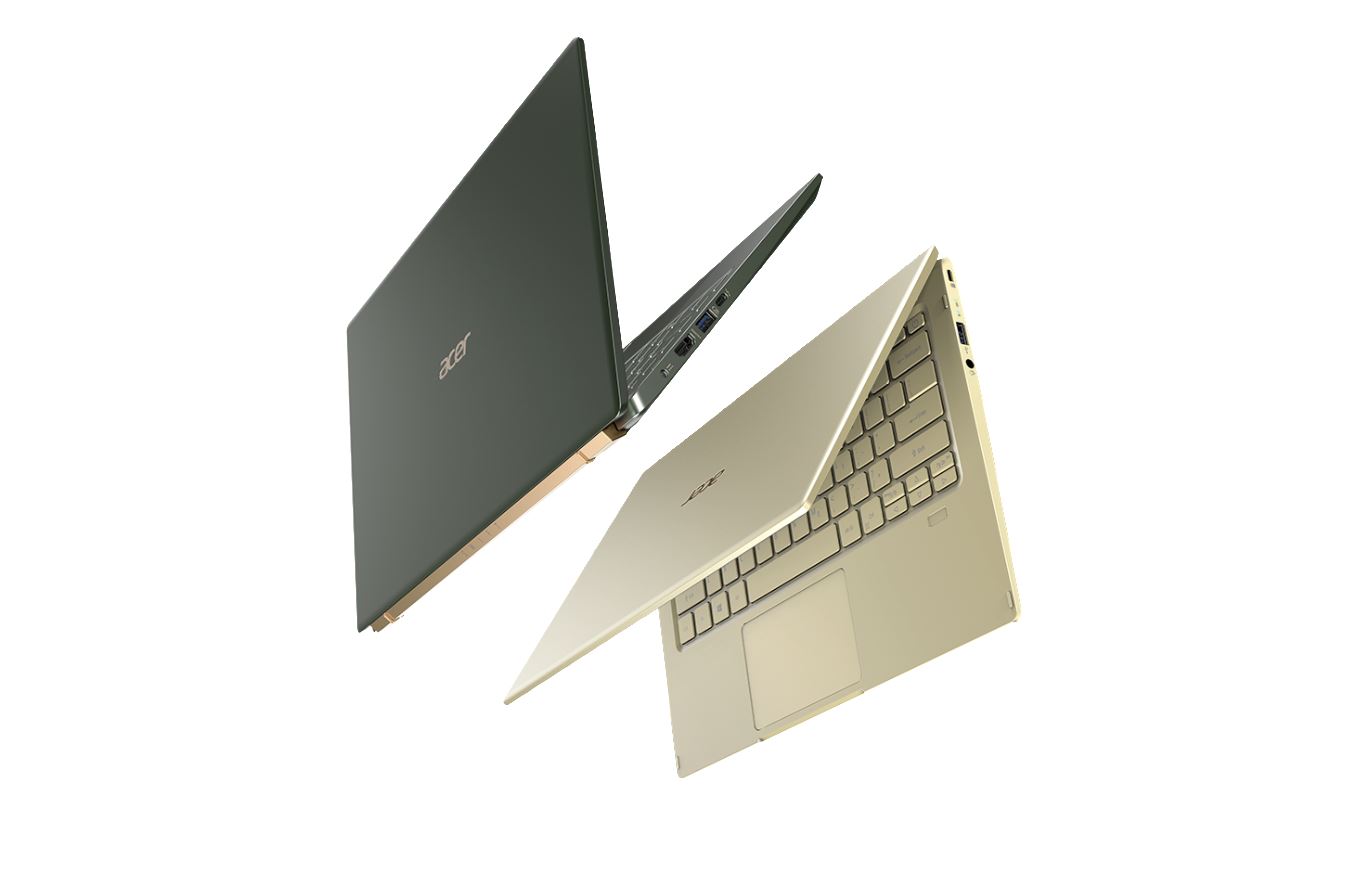 Regardless of how powerful the hardware is, thermals are always going to be a concern in a laptop as thin as the Swift 5, but the design of the notebook should help with that. The Swift 5 features a special hinge that elevates the laptop slightly when opened, which not only puts the keyboard in a more ergonomic position, but also allows for better air intake and, by extension, improved cooling. 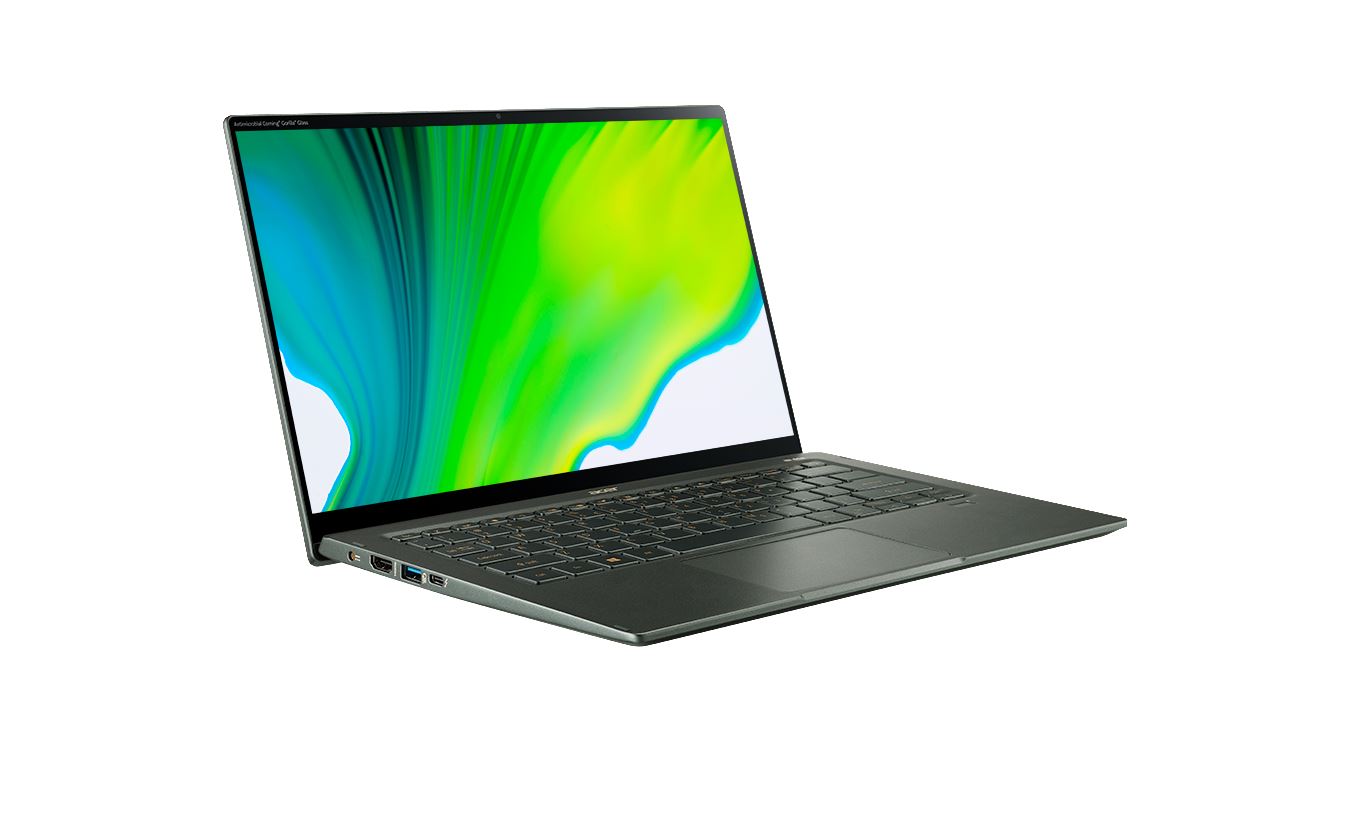 Acer has outfitted the Swift 5 with a 56 Wh battery that “lasts all day,” but unfortunately the company didn’t say more than that. It does say, however, that the Swift 5’s battery can get 4 hours of use out of a 30 minute charge, so at least we have that to go on. Connectivity options include USB-C, Thunderbolt, USB 3.2 Gen 2, WiFi 6, and Bluetooth 5. Finally, the Swift 5 supports Wake-on-Voice and comes with a fingerprint sensor for Windows Hello.

So, at the end of the day, we’ve got ourselves a notebook that’s definitely an ultrabook with particular focus on the display. It’ll be a little while before it launches here in North America, as Acer is currently targeting an October release date and a starting price of $999.99.