Acer today announced that it’s padding out its gaming monitor line significantly. In all, the company announced six new gaming monitors – four Predator monitors and two Nitro monitors. In addition to all of those, the company also announced a new “Prosumer” monitor that’s EyeSafe-certified and primarily aimed and professionals and mainstream consumers.

Three of the new Predator monitors – the XB273U NV, XB253Q GW, and XB323U GX – seem fairly similar to one another. Acer touts all three monitors as having high refresh rates and VESA DisplayHDR, with their specifications making each one distinct from there. 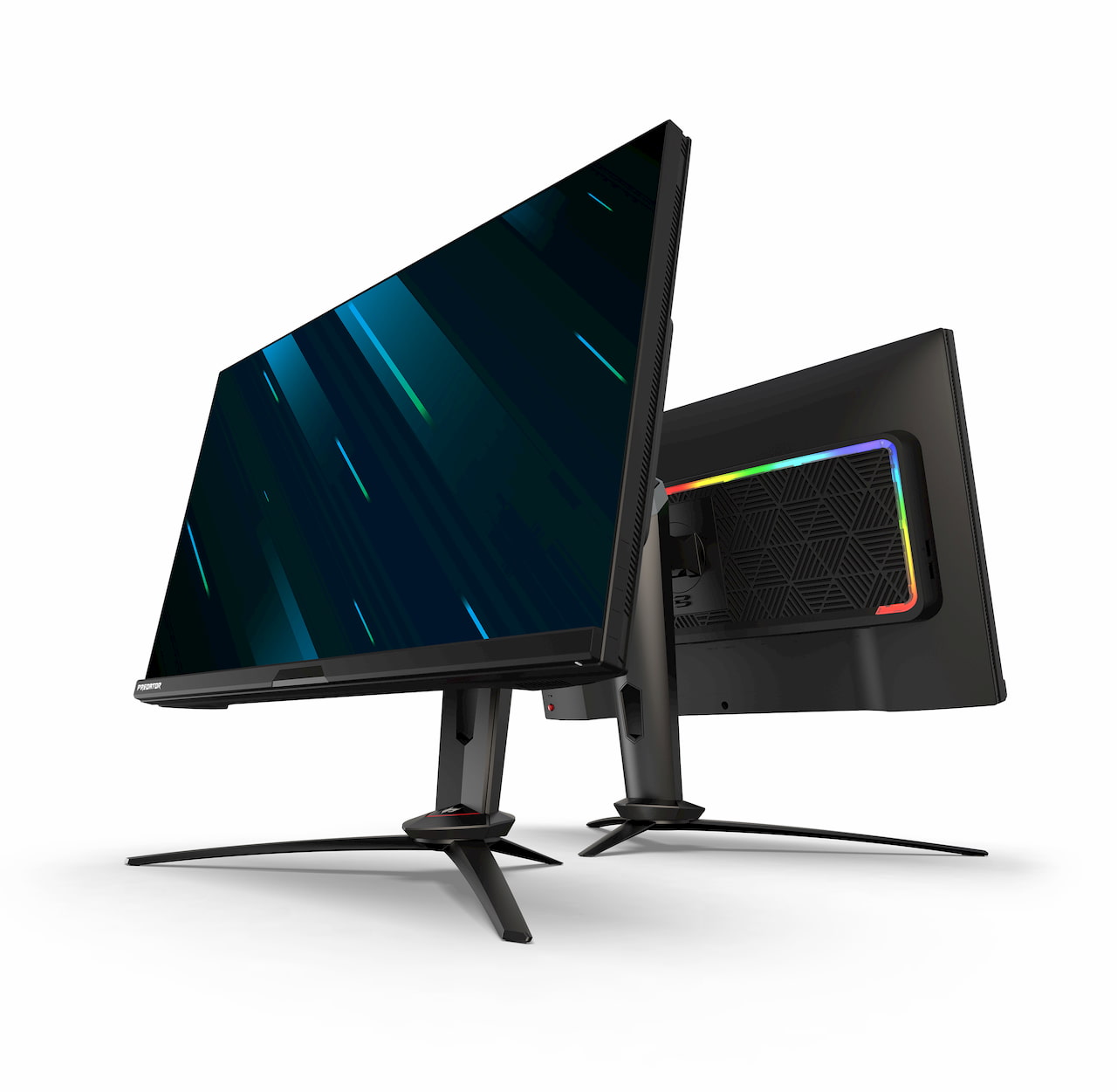 The Predator XB273U NV appears to fall right in the middle of the pack, with a 27-inch, 144Hz panel that can output at 1440p (in overclocked mode, refresh rate jumps up to 170Hz). The XB273U is one of Acer’s XB3 VisionCare monitors, as it’s EyeSafe-certified, which means that it can “selectively filter out blue light while maintaining crisp and vivid color quality.” The monitor is also capable of measuring ambient light to automatically change its brightness and color temperature to match.

Acer says that the XB273U is VESA DisplayHDR 400 certified, with a native and DisplayHDR 400 brightness of 400 nits. Since this is a gaming monitor, it’s been outfitted with RGB lighting that can sync with music, media, and other monitors through LightSense.

It seems that the G-Sync compatible XB253Q GW is the monitor to opt for if you’re looking for a high refresh rate. This one packs a 24.5-inch IPS display outputting at 1080p with a refresh rate of either 240Hz in normal mode or 280Hz in overclocked mode. Acer also boasts a 1ms (G to G) response time that’s cut in half when put into overdrive mode, along with VESA DisplayHDR. The XB253Q also covers 99% of the sRGB color gamut and has a contrast ratio of 100 million:1 max. 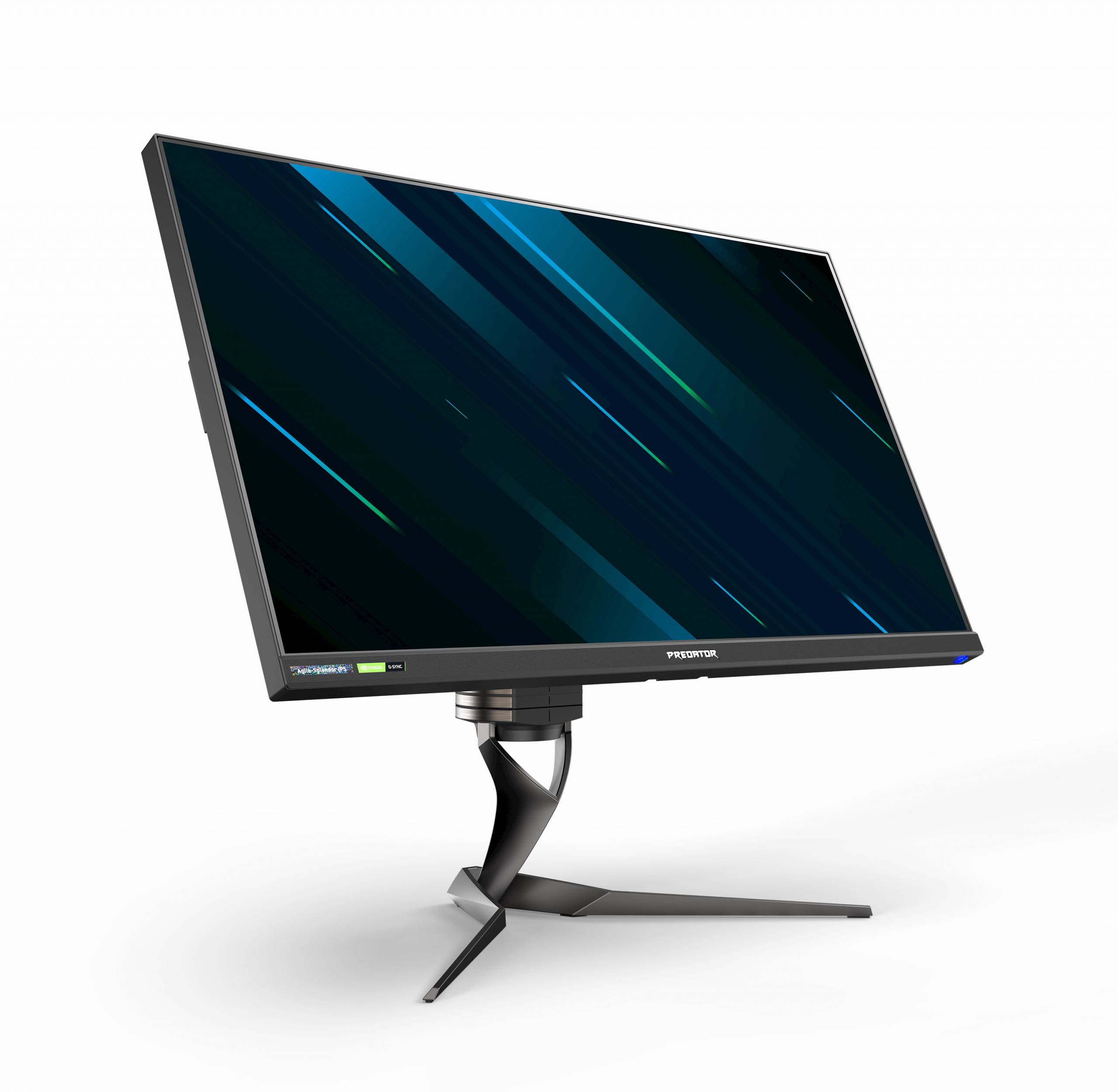 Then we have the XB323U GX, another G-Sync compatible monitor which covers 99% of the Adobe RGB color space and serves up VESA DisplayHDR 600 certification. The XB323U has a 32-inch IPS panel that’s outputting at 1440p. The monitor’s refresh rate in normal mode takes a pretty big hit from the XB253Q, dropping to 144Hz, though overclocked refresh rate is similar (but not quite as good) at 270Hz. Once again, we can expect a 1ms (G to G) response time, along with native brightness of 400 nits that climbs to a peak brightness of 600 nits in HDR600 mode. 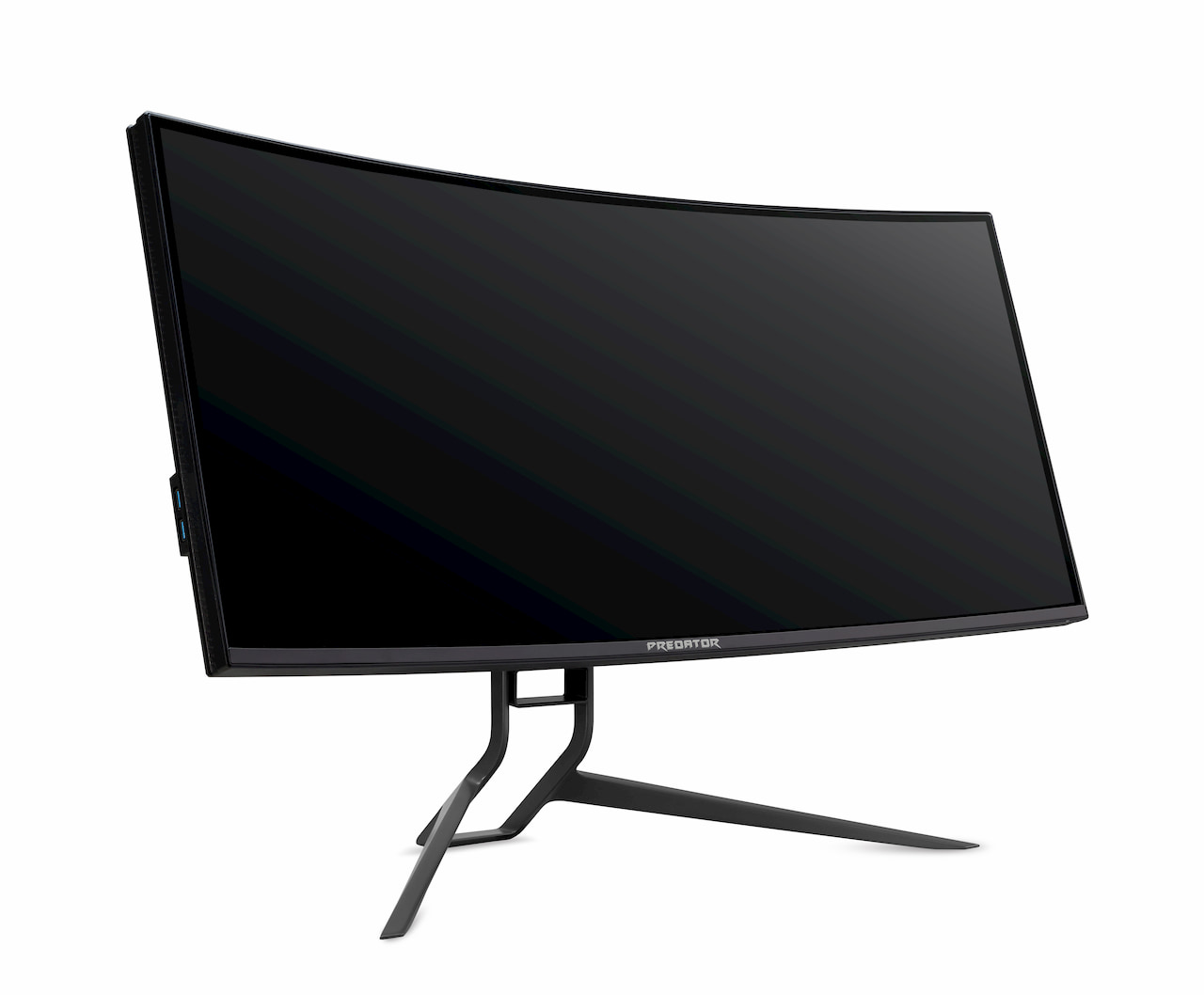 Acer’s new Predator monitors are capped off by this curved behemoth, the X34 GS. With a 34-inch curved IPS display, this DisplayHDR 400 monitor outputs at 3440×1440 with a 144Hz refresh rate that overclocks to 180Hz. Like the other Predator monitors introduced today, the X34 is G-Sync compatible, and it even has two built-in speakers so you don’t need find a place for external speakers on your desk. 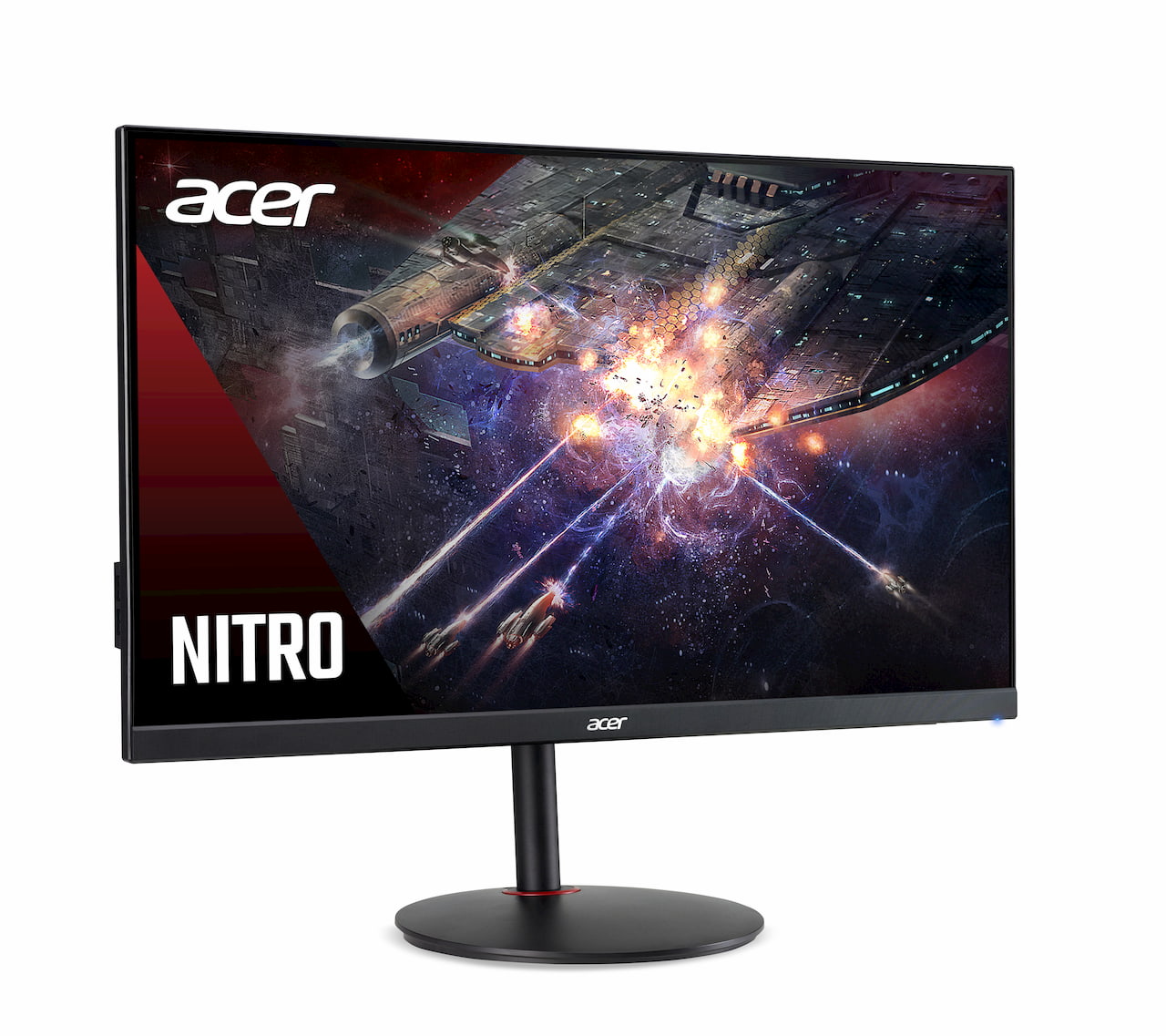 The Predator monitors were joined a pair of 27-inch Nitro monitors today, which seem to be more suitable for PC gamers on a budget – or at least gamers looking to spend a little less than they would on any of the Predator models. These two monitors – the XV272 LV and the XV272U KV – share somewhat similar specs, as they’re both EyeSafe and VESA DisplayHDR 400 certified. 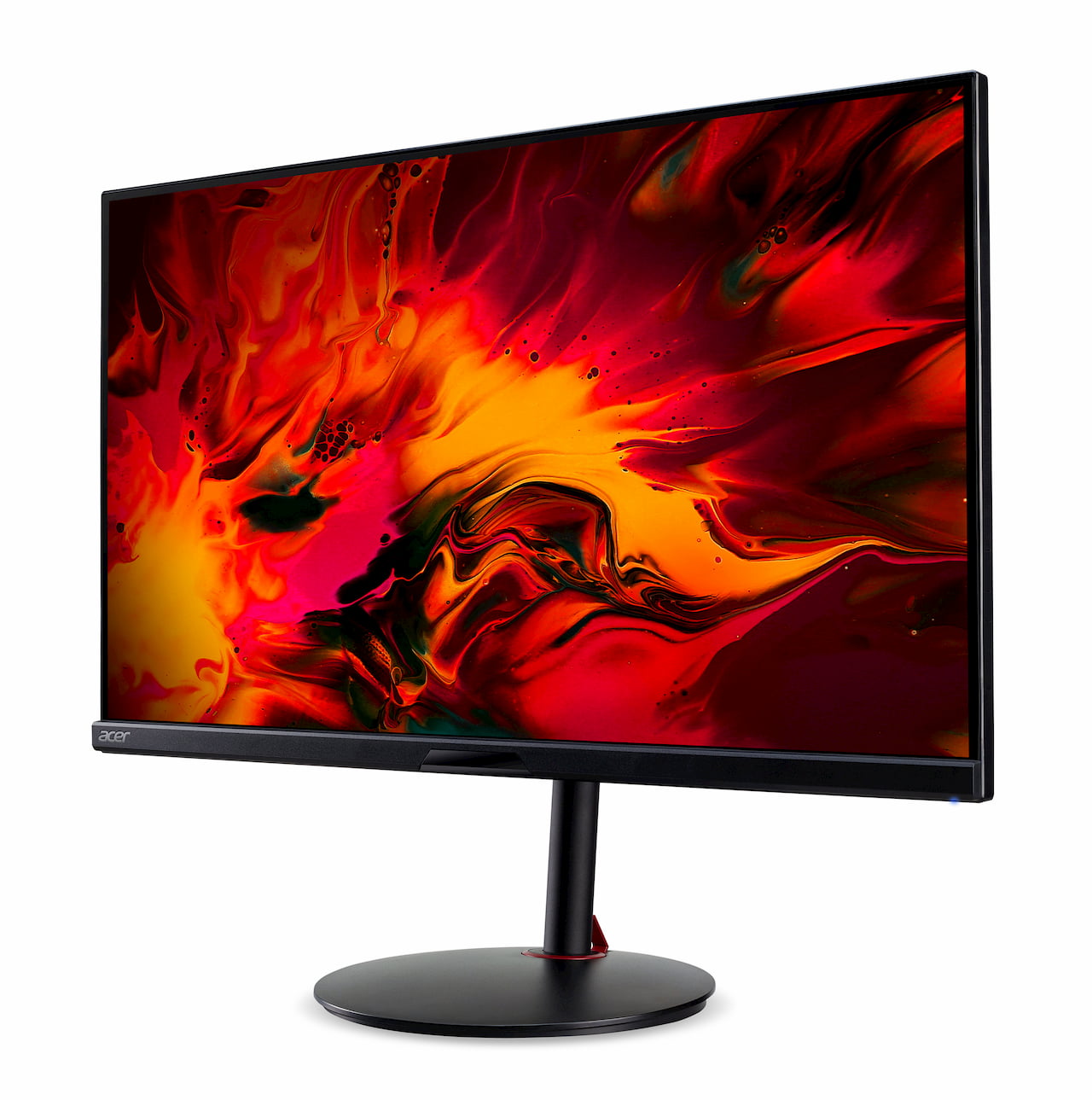 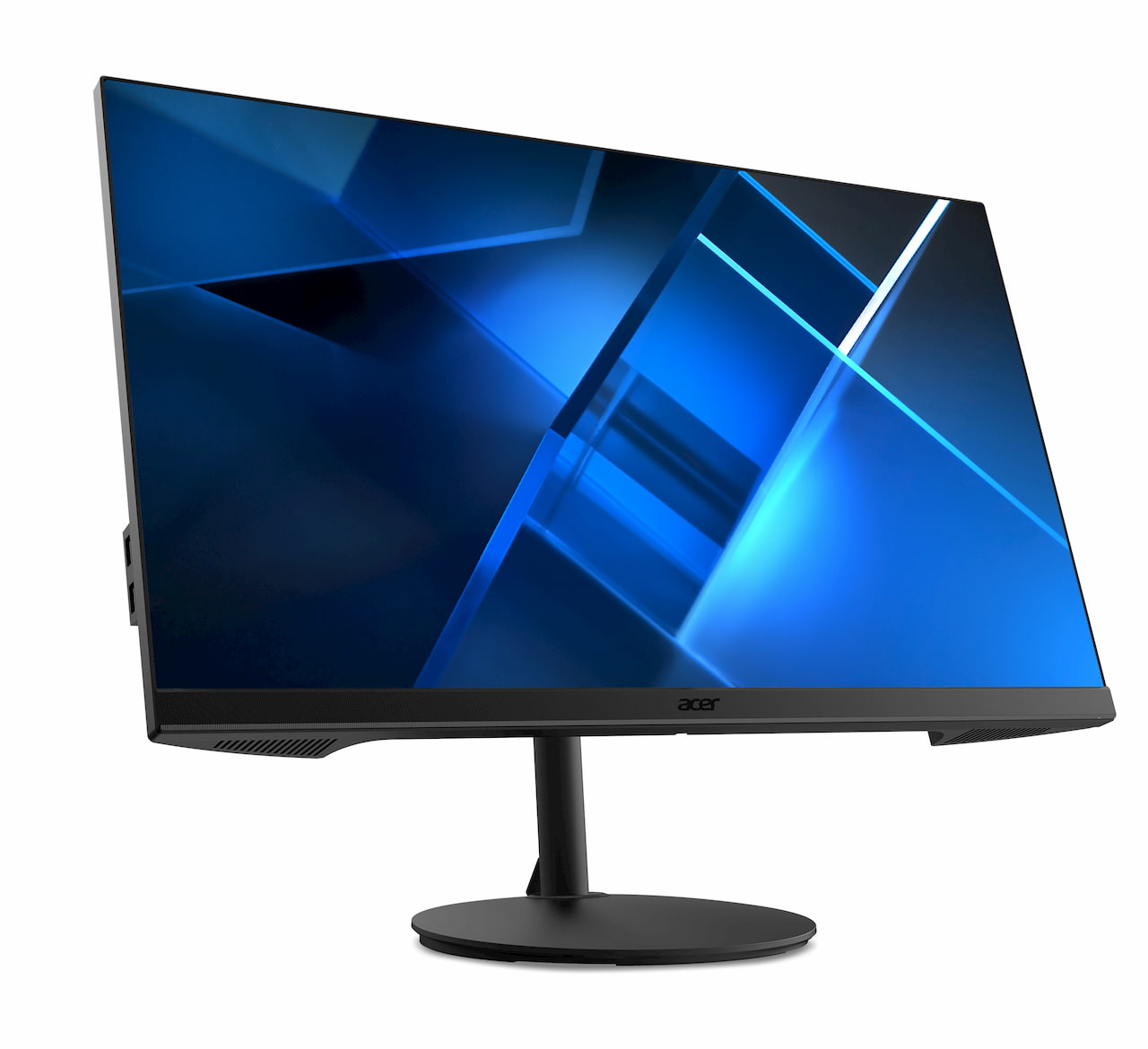 Acer didn’t share a ton of information about the CBL272U outside of a spec sheet, but it does say that this is an EyeSafe-certified monitor intended for professionals and mainstream consumers alike. Indeed, while the 27-inch IPS display does offer 1440p resolution, its 75Hz response time makes it less ideal for gaming. Look for 99% sRGB coverage, a 1ms VRB response time, and support for 16.7 million colors in the CBL272U.