The next most powerful projector released by Acer is aimed directly at gamers with the Acer Predator GD711. This gaming projector has the ability to project 4K UHD content, has the ability to deliver HDR10 content, and can “go full speed in FHD at up to 240Hz on PC.” This machine can also work with variable refresh rate when connected to certain PCs and next-gen consoles like Xbox Series X and PlayStation 5.

The Predator GD711 works with LED projection power with a 30,000-hour expected lifetime. While we’d be shocked to find any real use for such a feature, Acer suggests that this projector has “support for 24 hour-7 day continuous or prolonged use.” This projector also works with HDMI Power On, which means that it’ll turn on automatically when it receives a signal via HDMI or VGA.

The Acer Predator GD711 has auto-keystone with vertical keystone correction. So even if this projector is positioned just a BIT sideways, it’ll automatically fix its projected image. Users can also work with 2D keystone adjustments for both vertical and horizontal angles. 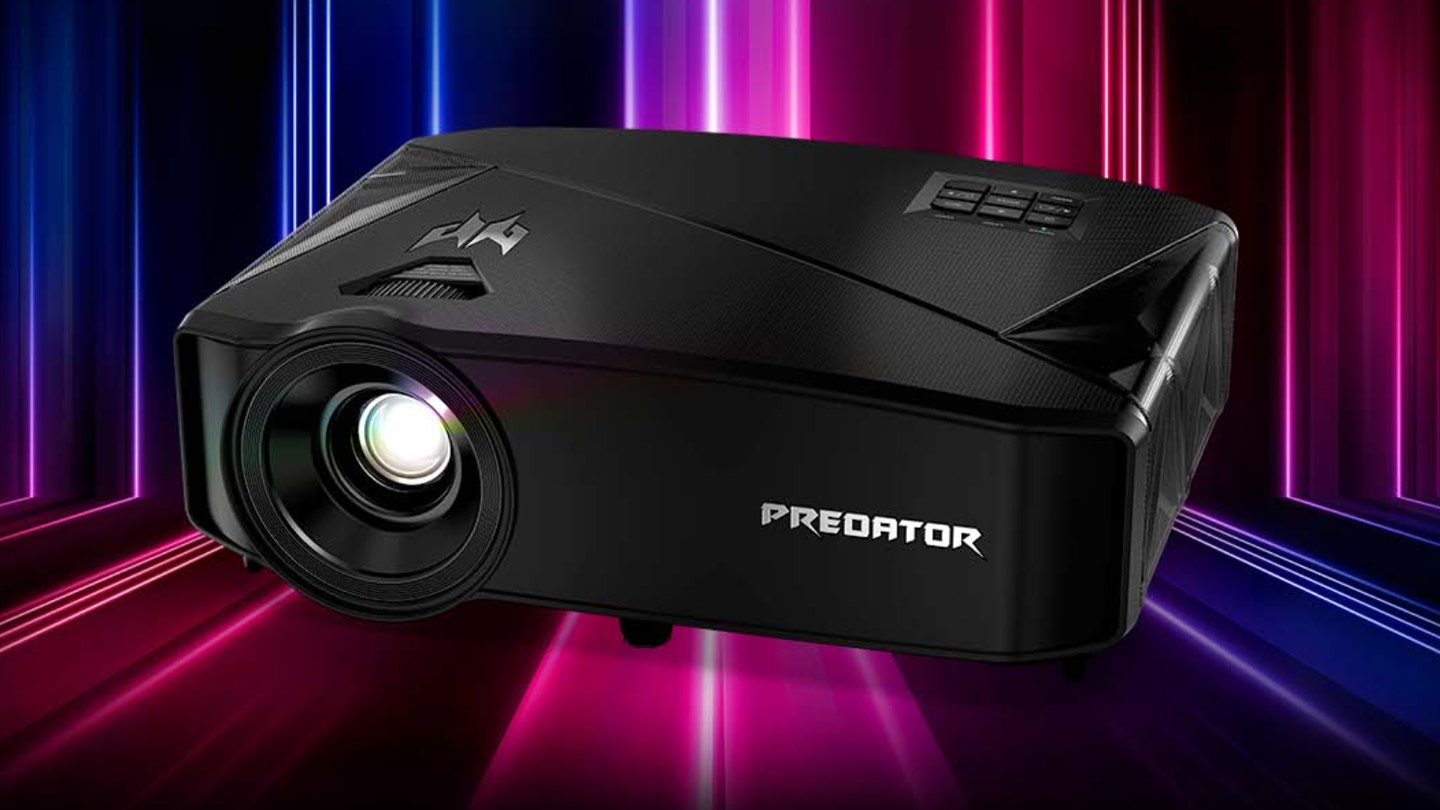 With sold-separately 3D glasses, this machine can deliver up to 1080p 3D content with 3D Blu-ray players, 3D set-top boxes, and 3D game consoles “without the need for an additional PC.” This device works with DLP Link 3D to allow 3D content projection. DLP tech also delivers Colorsafe II, guaranteeing “consistent, brilliant and natural color projection throughout the life of the projector.”

This device works with an antimicrobial remote control and can “go wireless” with an optional wireless dongle which works with Miracast for wireless projection. UPDATE: You’ll use a Miracast app for Android or Windows, while iOS will need to “refer to the CollaVision (WPS) Wireless Projection Support APP).”

This machine also has 10W speakers inside so you will not need a separate speaker system. The projected picture this projector provides can be up to 300-inches away (25 feet). Both 4:3 and 16:9 aspect ratios are supported, and the projected image is up to 4000 LED lumens bright.

There’s also a new Acer Predator GM712 with similar features, with 4K resolution and 3,600 ANSI lumens of brightness using a lamp-based approach. The GM712 will be available in EMEA in January of 2022 with a starting price of 1,399 Euro.

The Predator GD711 projector (of which we’ve spoken about the mos will be released in EMEA in December of 2021 with a starting price at around 1,499 Euro. Cross your fingers for USA-based release soon!