When you speak of Windows Phone phones, one mostly thinks of Microsoft‘s, formerly Nokia‘s, Lumia line, except for one or two exceptions. Although Microsoft hasn’t been very clear about its plans for other OEMs to join the Windows Phone party, it hasn’t stopped others from trying their luck. The latest to join the fray is Acer, who is now unveiling the Liquid M220, an unabashedly low tier smartphone that will rub shoulders with all other low-end Lumias. Of course, it’s still running Windows Phone 8.1, but that won’t be a problem in the future.

Microsoft itself promises that the smartphone will be upgraded to Windows 10 for phones, whenever that happens. For now, would be buyers will have to be satisfied with playing around with WP 8.1 until the fated day arrives. But will they also be satisfied with the device itself? Acer advertises the Liquid M220 to be designed for a simple, smart life, a life within Windows world. Hardware-wise, however, the device leaves much to be desired.

In fact, judging by the features, the Liquid M220 is pretty much the Liquid Z220, just with Windows Phone instead of Android. If so, then we’re looking at a device with a 4-inch WVGA screen, which explains the 233 PPI, driven by a 1.2 GHz Qualcomm Snapdragon 200. As advertised, the rear camera is a rather measly 5 megapixels, but one with a 89-degree angle for a wider catch. The front shooter is, at least, 2 megapixels. There is 1 GB of RAM inside as well as 8 GB of internal storage. Presuming, of course, all specs are similar.

Like the Android variant, the Liquid M220 also has the new “tactile” design on the back inspired by Thai silk. The mid frame also sports the same square pyramid design on the edges. All these to give the smartphone some a textured feel to improve its grip factor. The smartphone will be compatible with the new Liquid Leap+ smart activeband, which explains why Acer added support for Windows Phone as well. 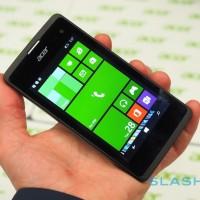 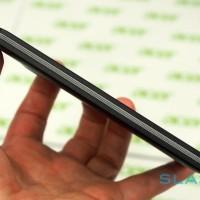 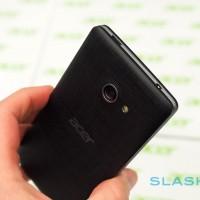 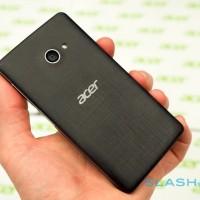 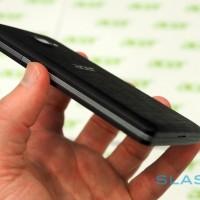 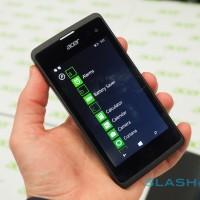 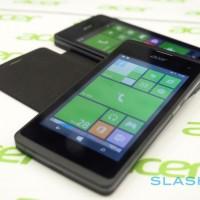 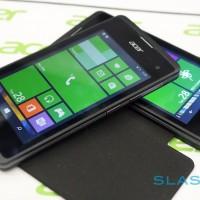 Like Acer’s other products, the Liquid M220’s availability and pricing is still to be announced.