Aside from its new budget smartphones, Acer is also walking down a more premium but still affordable path at MWC 2015. Iterating over its first smart wearable, the company is now outing a new and improved Liquid Leap+ smart fitness band that now offers more flexibility in design as well as in smartphone platform support. It is also expanding its Liquid Jade line with the new Liquid Jade Z, bringing together more powerful hardware, including selfie-centric features, without stretching the price tag too much.

Acer is still not coming out with a smartwatch, Android Wear or otherwise. Instead, it is focusing on its Liquid Leap wearable by increasing the options offered to users. For one, the smartband is now compatible with Android, iOS, and even Windows devices. For another, users can now style the band the way they want. The 1-inch OLED touchscreen of the Liquid Leap+ can be removed and strapped into their wristband color of choice.

Of course, you still get to enjoy the same activity-centric features of the wearable. Keep track of your activities, from steps, calories burned, to sleep. Get notified of important calls and messages even when your smartphone is tucked in your bag or pocket. And control your music through the touchscreen’s media controls. With the band’s IPX7 coating, you can even keep on singing in the rain or under the shower.

Acer touts the Liquid Jade Z to have premium features paired with premium design, though some might disagree based on the specs. The smartphone’s display, for example, is 5 inches but the resolution is only 720p HD. Processing power is delivered via an unspecified 64-bit quad-core MediaTek chip. That said, the Liquid Jade Z does have some things going for it. the 13 megapixel rear camera with an F1.8 aperture looks decent on paper and the 5 megapixel F2.2 front camera will definitely appeal to the selfie generation.

Beyond the hardware, the smartphone has other features worth noting. AcerEXTEND, for example, lets users control their smartphones right from their Windows PCs. AcerNAV utilizes the power of TomTom and TripAdvisor to deliver its own unique navigation support even without a data plan. The 7.9 mm profile, 110 g weight, and curved surface also give users a better grip on the device. 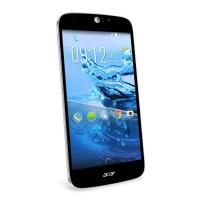 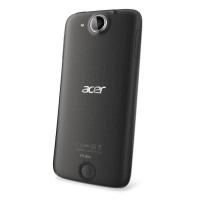 Acer has yet to announce availability details as well as pricing for the Liquid Jade Z smartpohne and the Liquid Leap+ smartband.