At the CES event this year, Acer showcased some affordable tablets that included the Iconia B1-720. News is that an upgraded version will be announced shortly, and the new one is dubbed the Iconia B1-730 HD. The leaked press images showcase a tablet with a textured back panel, sporting the company logo branding on the bottom of the front panel.

The leak also suggests that the new Acer B1-730 tablet could be sold as the Acer Iconia One 7 in Germany. The details also include the pricing structure, which is set at €139 for the local market. Specs for tablet include a 7-inch 1,280×800 touchscreen with a 1.6 GHz dual-core Intel Atom Z2560 processor. The internal storage options include 8 or 16 GB and the RAM is of 1 GB. The tablet lends support to microSD card and takes impressive photography via a 5 MP camera. 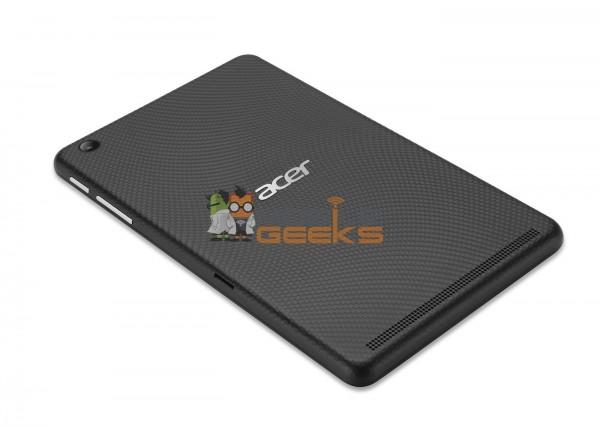 Wi-Fi support and a 3,700-mAh battery round up the obvious specs. Dimensions-wise, the tablet is 10-mm thick and is expected to weigh 320 grams. Powered by Android, details on the version integrated have been skipped. The newsworthy scoop in all of these points is the fact that an Intel processor graces the tablet despite the price point.

As we all know that Intel is doing its best to impress upon the mobile market, so this inclusion is significant. Presently, no release date has been announced but speculations are rife that we can hear this announcement as early as next week.