This week the Acer ConceptD Creator Notebook lineup got updates to the newest in new processors from Intel and NVIDIA. If you’ve never seen these notebooks before, they’re Acer’s best and brightest notebooks and convertable notebooks made for creative output. Today we’re looking at the ConceptD 3, Concept D3 Exel, ConceptD 5, and ConceptD 7 Ezel. The “Ezel” notebooks can convert to tablets and work with their own styli, the others are made to be highly capable traditional notebooks.

The ConceptD 3 Ezel (shown above) and ConceptD 3 (shown below) are the newest in a line of ConceptD 3 machines. There are also “Pro” models with similar specifications, but all have been updated to include an 11th Gen Intel Core H-series processor inside. 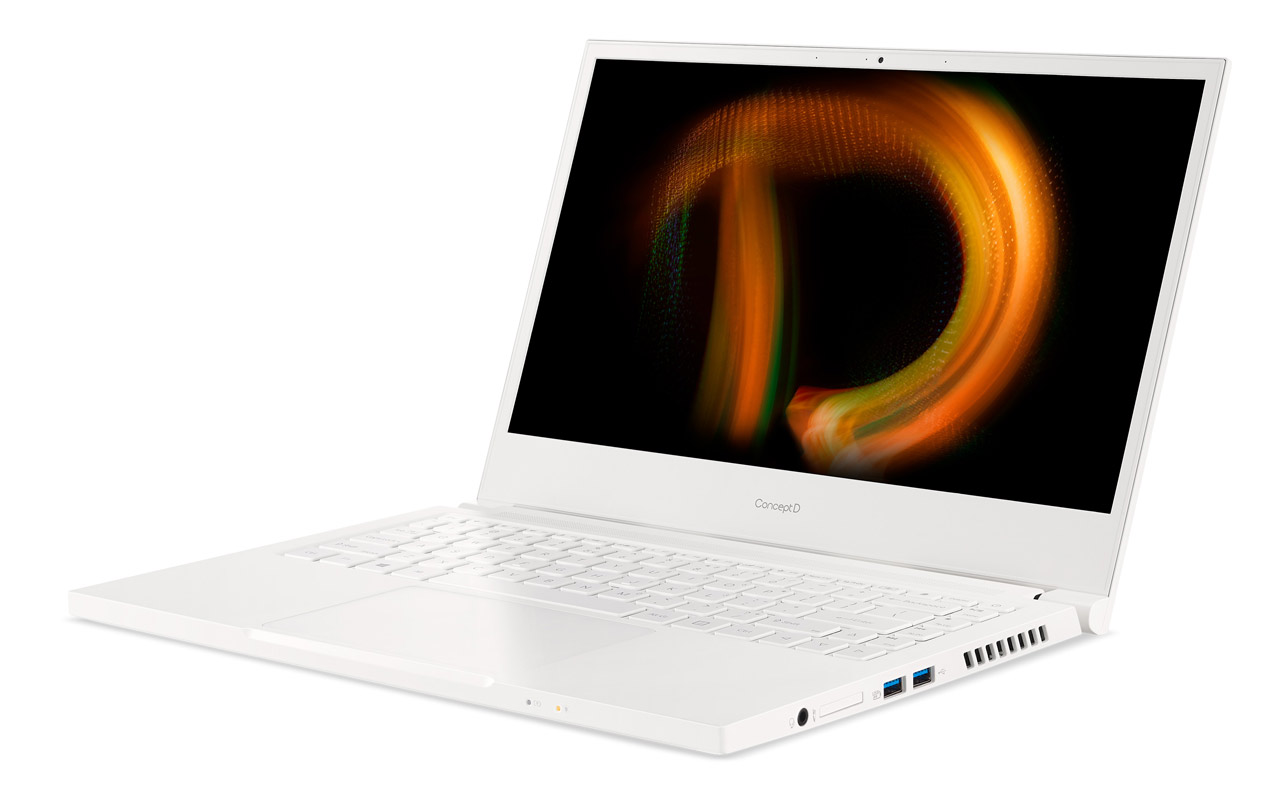 These ConceptD 3 devices will have available NVIDIA GeForce RTX 3050 Ti GPU, and all have PCIe Gen 4 SSD and a Thunderbolt 4 port for speedy charging. These devices are designed to offer creator-aimed features and power at “mid-range price points”

The ConceptD 7 Ezel Convertible Notebook is the “flagship” convertible creator notebook for the brand. If you’re going to buy the most extravagant creator-focused notebook made by Acer, this is the one – unless you want the PRO version, which is slightly more powerful. 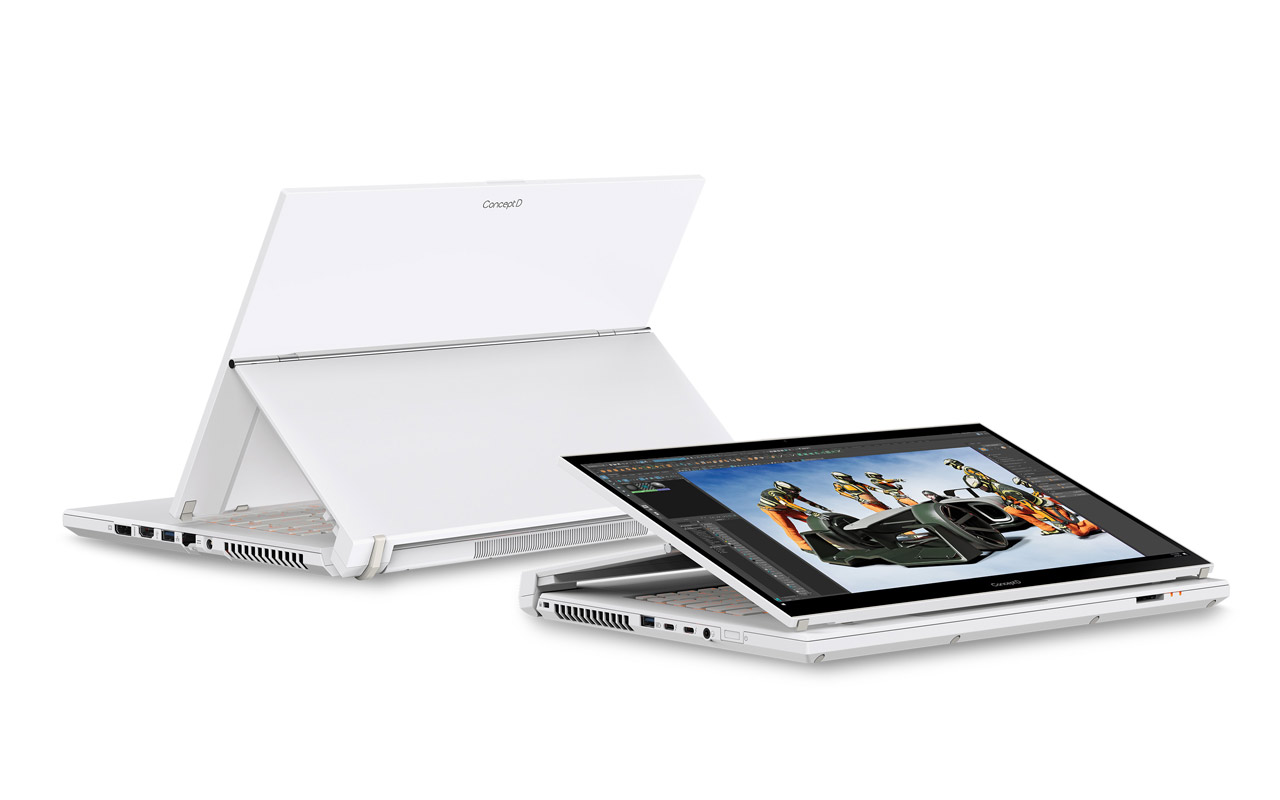 The ConceptD 7 Ezel works with a new 11th Gen Intel Core I7 processor and up to an NVIDIA GeForce RTX 3080 laptop GPU. The Pro version has an Intel Xeon W-11955M processor with NVIDIA RTX A5000 or A3000 laptop GPU for “even greater performance in professional applications and support.” The ConceptD 7 Ezel has a 15.6-inch 4K PANTONE-Validated touchscreen display with 100% Adobe RGB color gamut coverage, with a color accuracy rating of Delta E<2.

There’s the Acer ConceptD 5 and the ConceptD 5 Pro. The former was just revealed this week, the latter is already out in stores. The Acer ConceptD 5 (CN516-72G) will have an 11th Gen Intel Core H-series processor with up to an NVIDIA GeForce RTX 3060 laptop GPU. 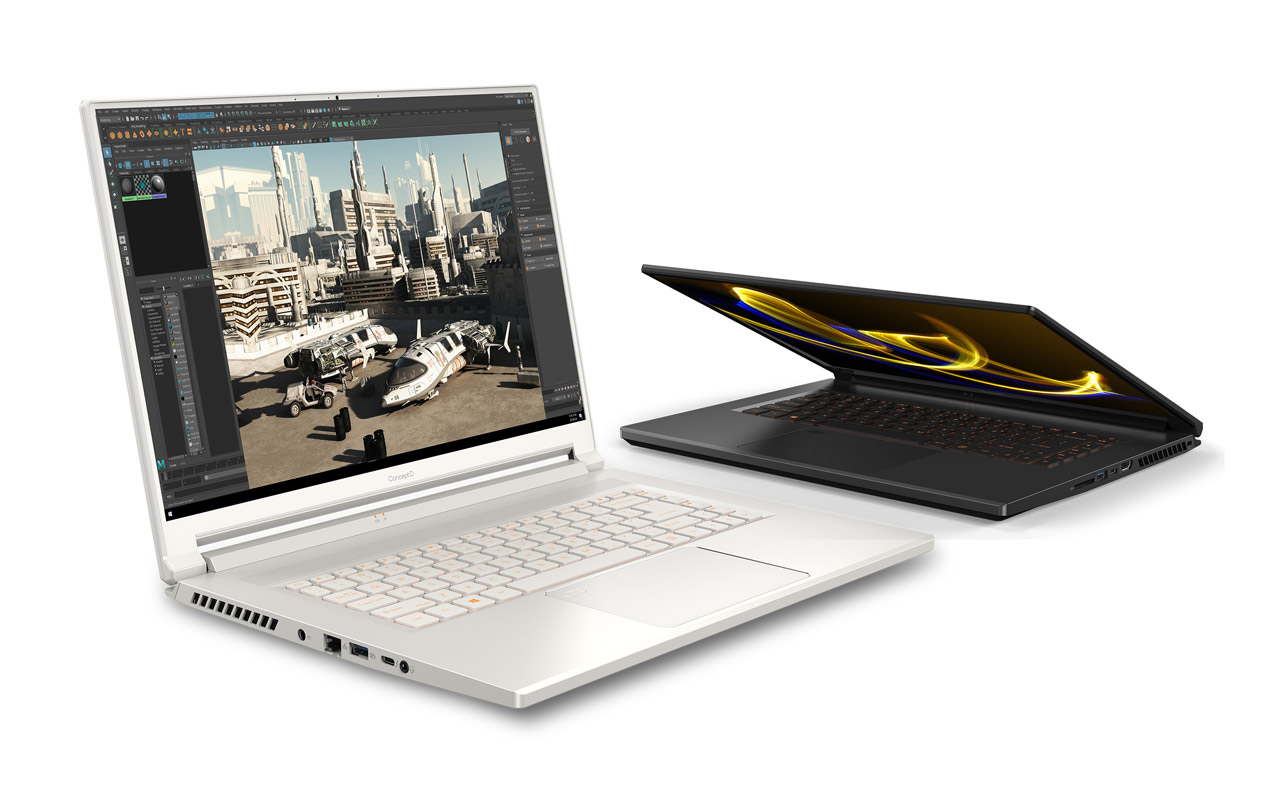 The Acer ConceptD 5 works with a 16-inch 3K (3070 x 1920) PANTONE-Validated touchscreen display with 100% Adobe RGB color gamut coverage, with a color accuracy rating of Delta E<2. This device has 2x USB-C ports with Thnderbolt 4, HDMI 2.1 port, and an SD card reader. It also has a 6-inch wide touchpad covered with Corning Gorilla Glass – and it has a fingerprint reader too.

Acer revealed that the ConceptD 3 (CN314-72G) will be available in EMEA in September with a starting price of around EUR 1,299. We’ll have to wait and see the release and price for its North American release. The ConceptD 3 Ezel (CC314-73G) will be available in North America in December of 2021 with a starting price of around $1600 USD.