In January, Acer introduced a number of new products, among them the Chromebox CXI3. Unlike Chromebooks, which are laptops running Chrome OS, the Chromebox is a small desktop offering Google’s operating system. A big selling point is the model’s tiny size, which enables users to mount it behind a monitor or hide it away under a desk. The model is now available to preorder.

The Chromebox CXI3 is a fairly budget-friendly desktop targeted at classrooms, though it could certainly be put to good use outside of the educational market. The model comes in multiple configurations, the cheapest sporting an Intel Celeron 3865U and the highest-end model featuring an 8th-generation Intel Core i7 8550U. 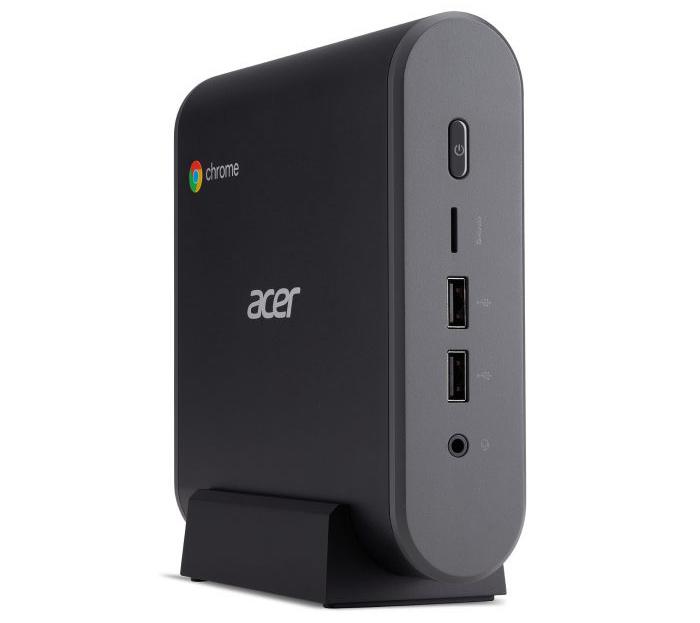 In addition, users get between 4GB and 16GB of RAM, 32GB or 64GB of internal storage, and a decent ports lineup: two USB 2.1, three USB 3.0, one USB-C, HDMI, Ethernet, and a combo audio jack, plus a microSD slot for storage expansion or easy data transfers. As mentioned, the Chromebox can be mounted; it includes a VESA mount, plus a vertical stand and a wireless antenna.

A total of four models are offered at the following prices:

The CXI3 was recently spotted online by Chrome Unboxed at TigerDirect, where delivery is listed to start on April 19. Find out more about Acer’s latest Chrome computing products here.