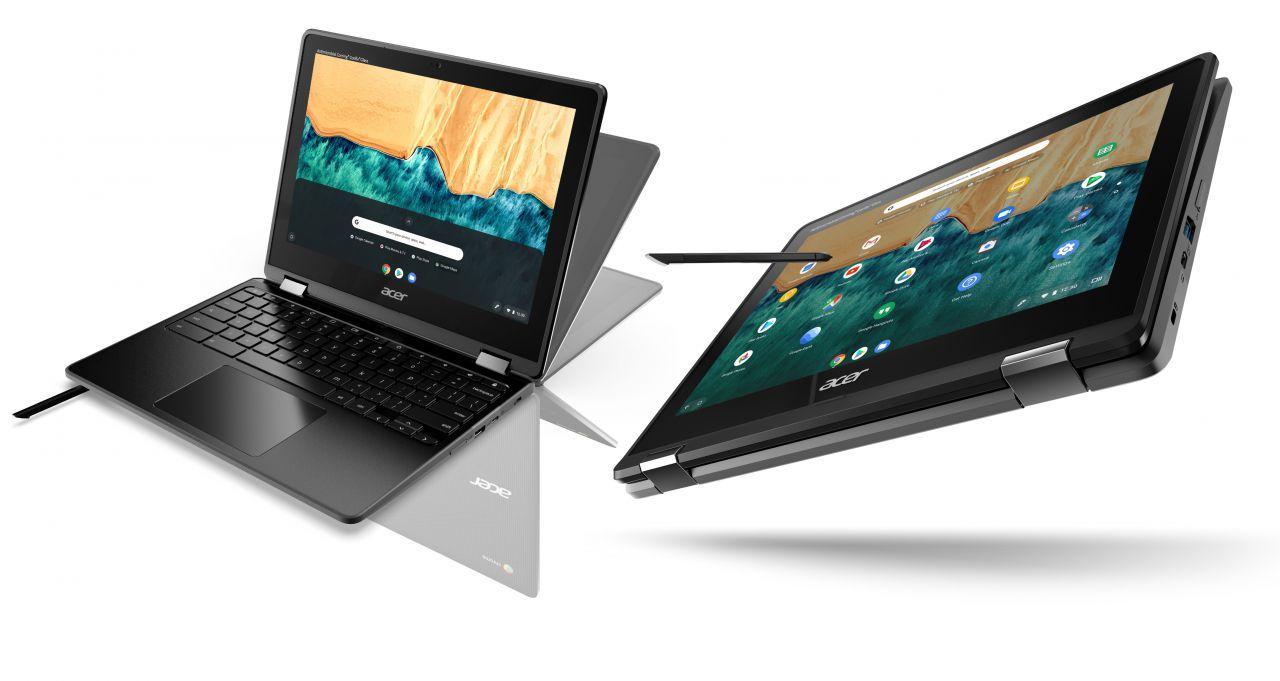 Both devices feature a 12-inch HD+ display with 1366 x 912 resolution and IPS LCD technology. They’re both running 3:2 aspect ratio panels, and the Spin model has an anti-microbial Corning Gorilla Glass panel to keep it extra safe from harm. The Spin also has a 360-degree set of hinges, as the name implies – allowing the device to be used in multiple ways.

Both models come in handsome casings – nothing particularly flashy – just down to business. We’re talking USB-C and USB-A on both sides of both models, and Kensington Lock compatibility, too. The Spin model has a docking stylus too – that’s an Acer Active Pen, powered by Wacom EMR technology, with pen force at 4096 levels.

The Chromebook Spin 512 will have an MSRP starting at $449.99 and the Chromebook 512 has a starting price of $329.99. It would appear that both of these models will become available “to commercial customers” in North America starting in April.