As George R.R. Martin said multiple times in the past, television and novels are two very different mediums. Game of Thrones the television series followed the books pretty spot-on to start – and stuck with a lot of the eventual deaths and lives of the characters in a very general way. Now that we’ve reached the end of the television series and have two more novels in the Game of Ice and Fire left, what’s left to change? And what’s changed already? Also note: This post is absolutely riddled with spoilers, so watch out!

Euron Greyjoy won’t be a dingleberry

The character Euron Greyjoy appeared in the show largely to off-set the scales in the sea. Where his niece and nephew would’ve had a fighting chance at aiding their allies leading up to the battle of King’s Landing, he tossed a wrench in the cogs with his own sect of Greyjoy loyalists. Then he wanted to “marry” the queen, and eventually killed a single dragon with a giant crossbow-like machination attached to his ship by the weaponsmiths at King’s Landing, under Cersei. 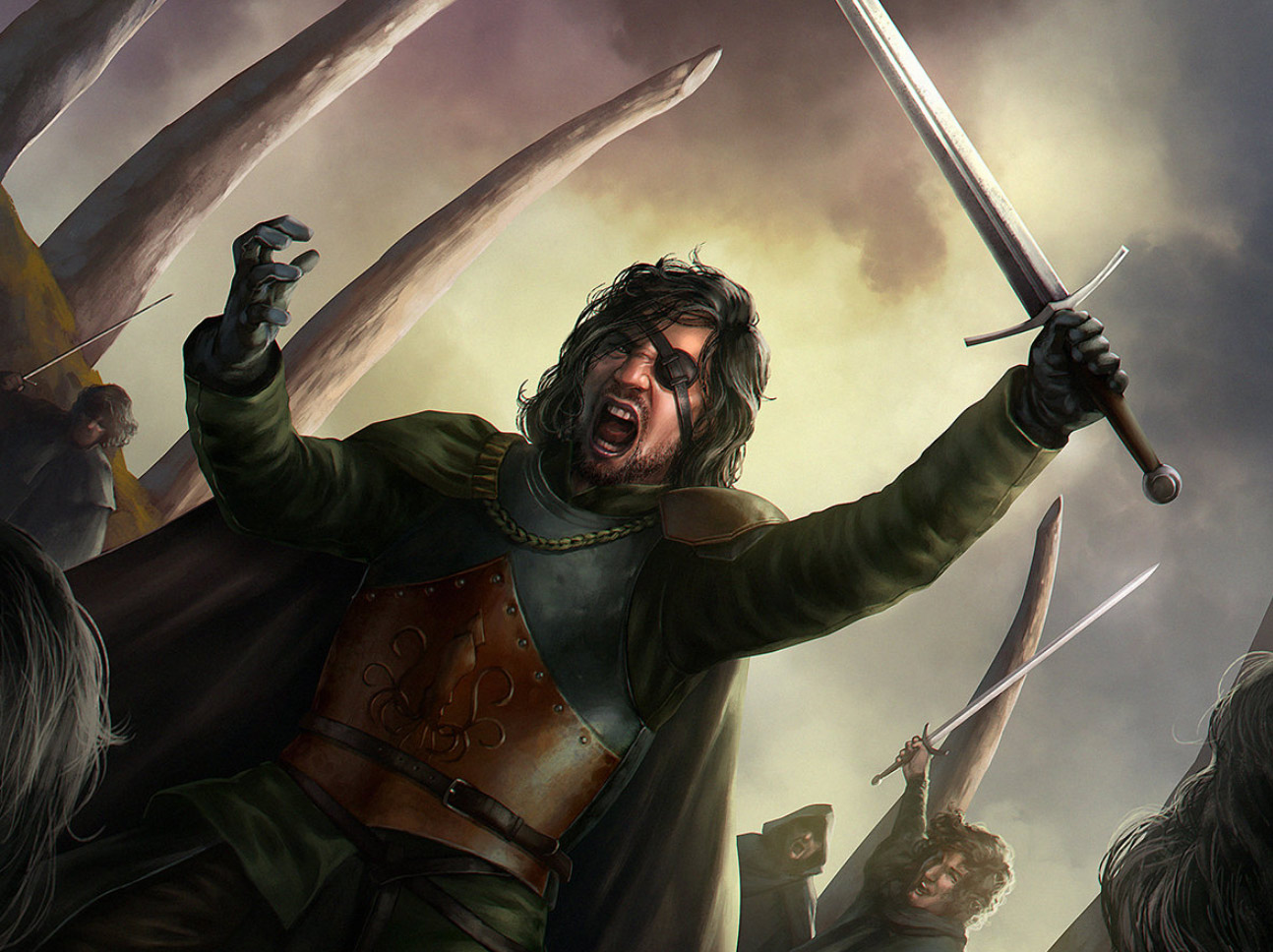 Above you’ll see Euron “Crow’s Eye” Greyjoy as he’s described in the books. This illustration was done by JB Casacop (with art director Deb Freytag) for A Game of Thrones – The Card Game Second Edition, Commissioned by Fantasy Flight Games.

The book version of Euron is far more ruthless, dangerous, and important. He’s not obsessed with Cersei, but with Daenerys. In the books, Moquorro (a priest sent to assist Daenerys), says that there are those who seek Daenerys, one of whom was “a tall and twisted thing with one black eye and ten long arms, sailing on a sea of blood.”

Euron wants all of Westeros

Once he’s learned of Daenerys, Euron sends his brother Victarion Greyjoy to Meereen to attempt to (eventually) gain favor with the queen of dragons. Euron’s goal in all this is to take over Westeros (and quite possibly the rest of the world) with dragons. He suggests he can bind and command dragons with his dragon horn. 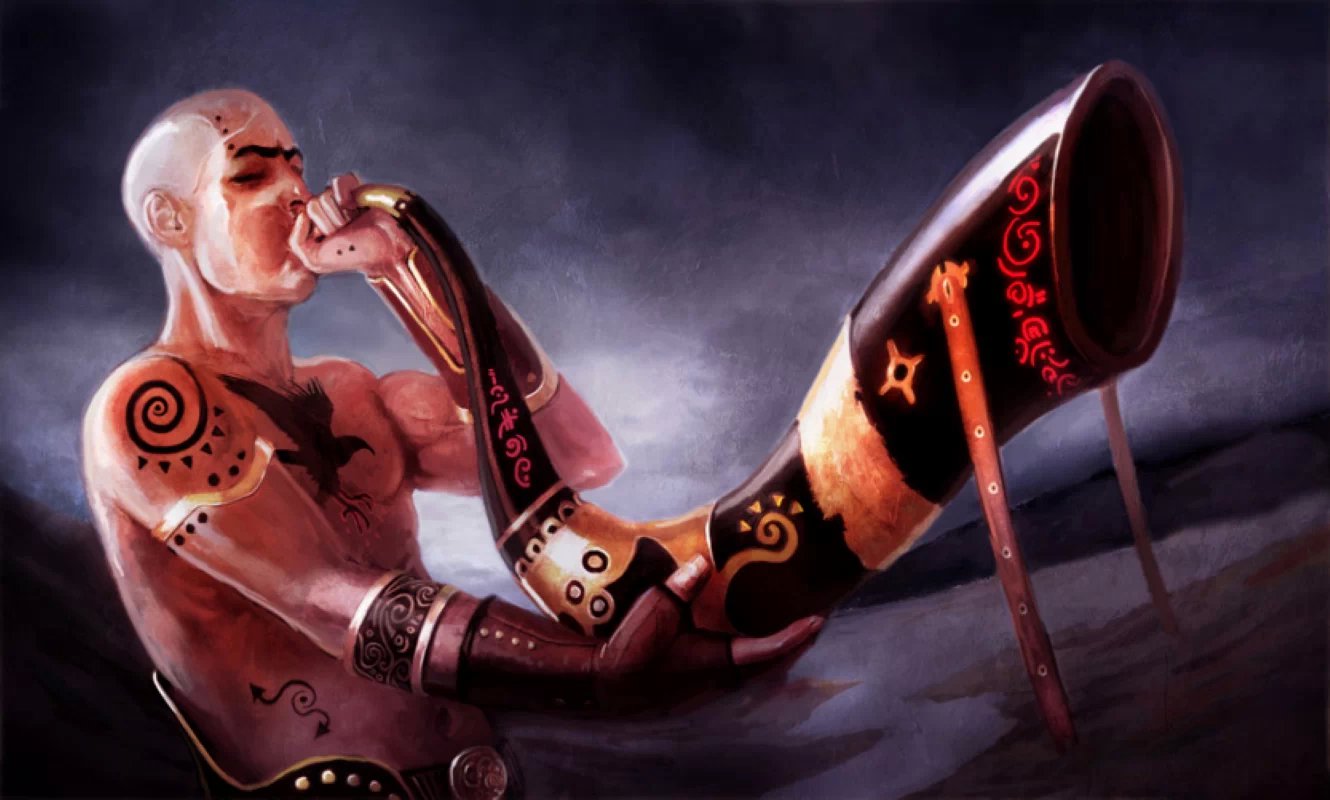 Euron has a dragon horn called Dragonbinder, aka hellhorn. At nearly two meters long, this horn is a beast. Euron sends the hellhorn to Meereen with Victarion to assist in bringing Daenerys (and her three dragons) back to him. Euron did not make mention that the last person to blow the horn died immediately afterward, with blisters on his lips and lungs charred black as soot. (It is the fellow in the image above, with the horn, to whom these awful things happen.) The image above is also: (C) FFG illustrated by Yoann Boissonnet.

According to Moqorro, the Velyrian writing on the sides of the horn read as follows: “I am Dragonbinder … No mortal man shall sound me and live … Blood for fire, fire for blood.”

A character that does not appear in the show Game of Thrones will quite likely be vital to the most major storylines in A Song of Ice and Fire. The image you see below comes from the 2018 A Song of Ice and Fire calendar – an officially licensed and approved-by-Martin set of representational paintings. 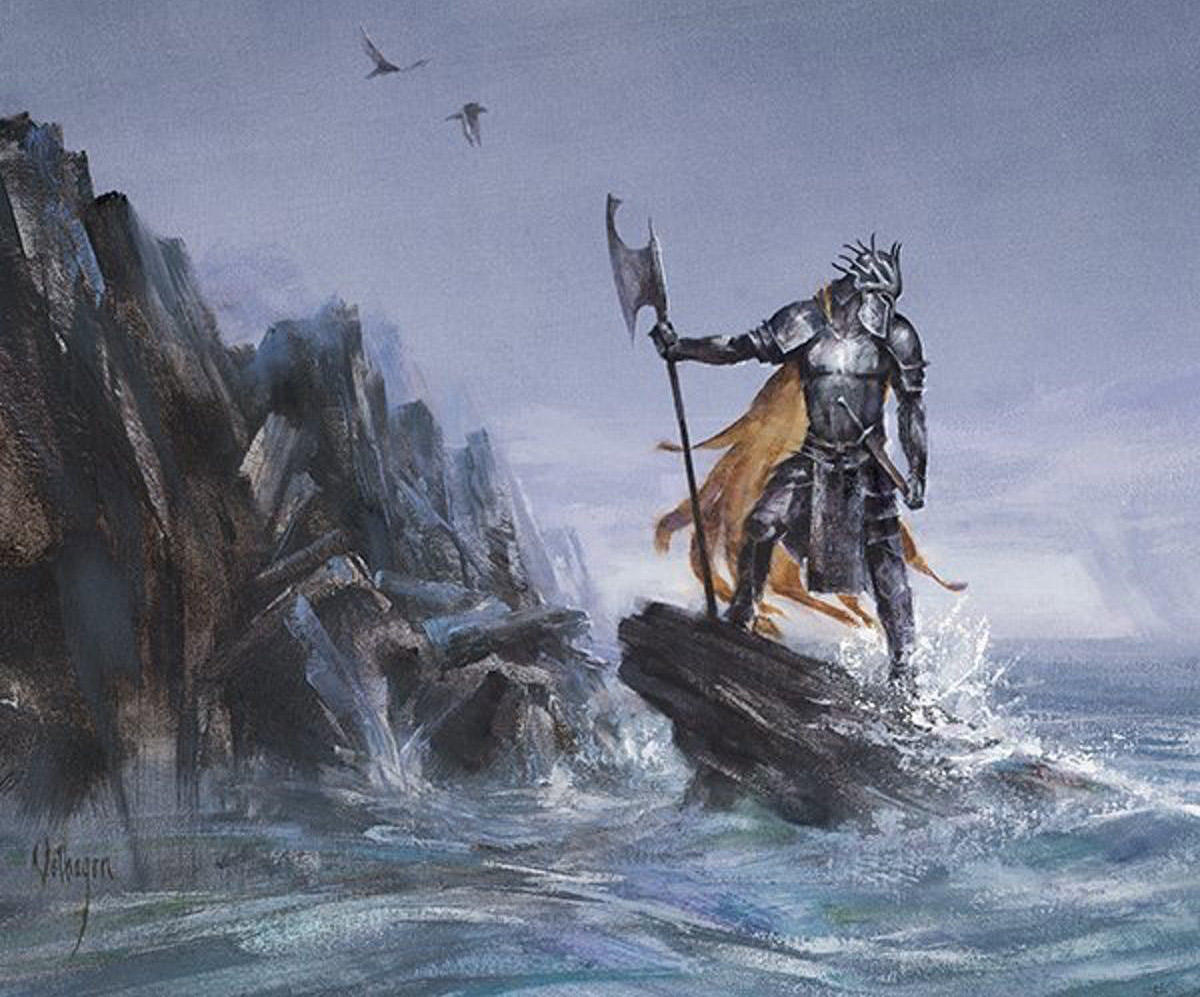 Above you’ll see Victarion Greyjoy. He’s not particularly bright, but he’s easily one of the most beastly strong and hulking characters in the show. Given the fate of his brethren at the hands of Euron in the book series thus far, it’s sort of surprising that Victarion remains alive at this point – but perhaps there’s something vital in the mix…

BONUS: Just in case you were wondering, we’d still put our money on Gregor “The Mountain” Clegane, as the Mountain remains the most massive human in the realm and has tested his skill against knights and top-notch fighters aplenty. Victarion is massive, but not likely swift enough to gain any advantage over the Mountain. Unless he’s inhuman…

In the heat of battle, Victarion takes a cut to his hand. The cut – on his left hand – becomes badly infected, and he may die. Moqorro comes to the rescue, saying he can help Victarion, but that his help will also hurt. Away in his cabin with Moqorro, Victarion is tended to for hours.

Once he emerges, very epic and right at sunset because that’s probably the most cool time to emerge in any fashion, Victarion is different. His “left arm blood to the elbow.” As the crew moved in to see, “he raised a charred and blackened hand. Wisps of dark smoke rose from his fingers as he pointed at the maester.”

NOTE: He pointed at the maester because of a prediction made by Moqorro while they were in the cabin fixing his arm. Victarion said they’d be cutting the boat’s maester’s throat then they’d toss him overboard, because doing so would bring them good favor.” 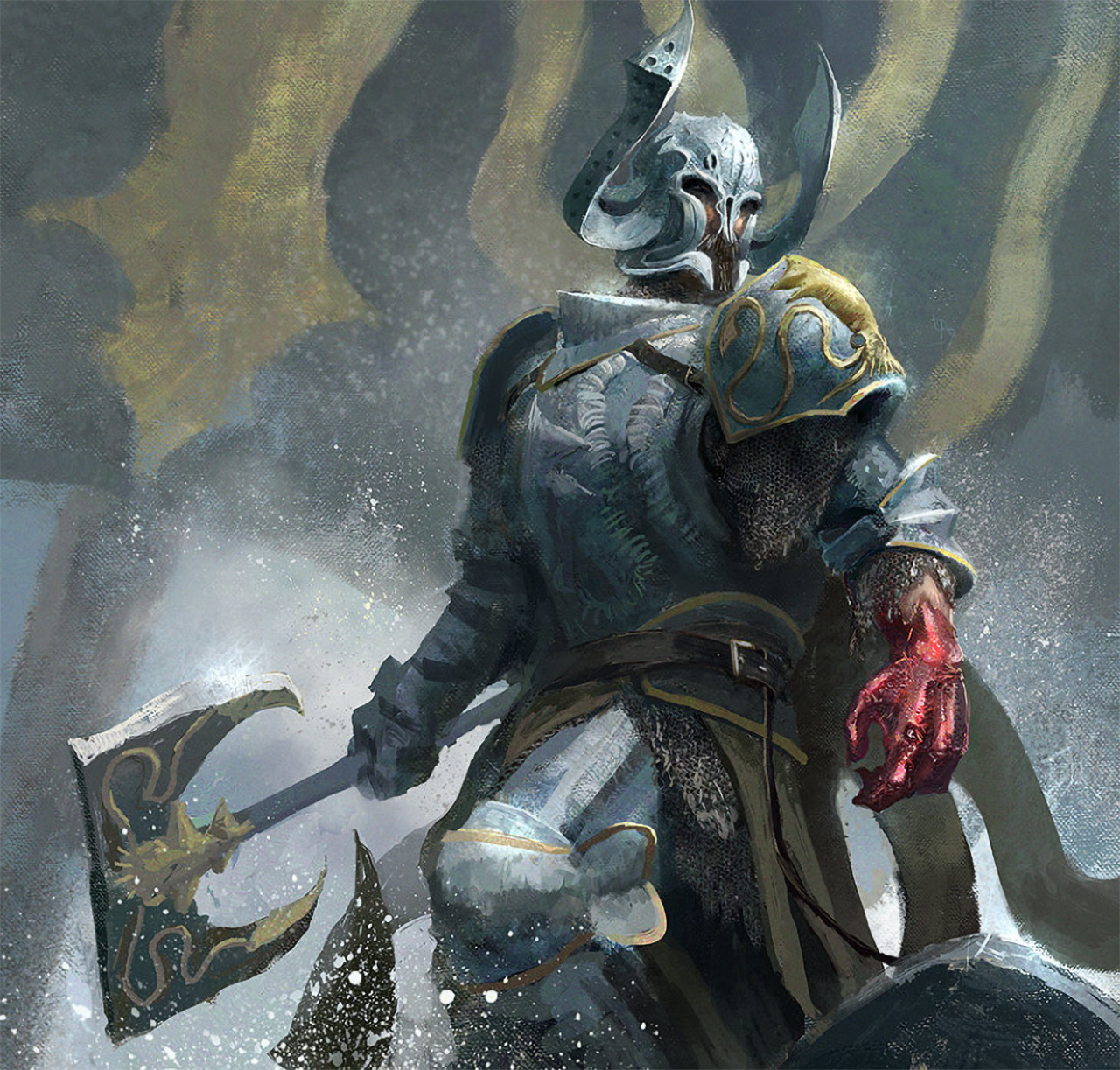 This image was illustrated by concept artist Conor Burke. This image wasn’t necessarily seen and/or approved by George R.R. Martin himself – but it should give you some idea of the weight of this situation. Look at that gnarled, unnatural claw hand!

At the point at which Victarion is taken to get his hand fixed, George R.R. Martin does a sneaky bit of POV change, switching from a standard person-of-interest’s point of view to a more god-view sort of style. The only other time I or we can remember this happening in any AGOIAF book is when Catelyn’s throat is cut at the Red Wedding – and if you’re familiar with the books, you know that Catelyn turned into a very, very different sort of character soon after.

“Sometimes when Victarion closed his hand the skin would split and smoke, yet the arm was stronger than it had ever been.” Could it be that this change made way for Victarion to use the hellhorn? Controlling the three dragons isn’t quite so simple in the books as it is in the show – could this be the key to keeping the dragons in line?