A small, frosty Mars avalanche was caught on camera

Earth isn’t the only place with cold avalanches; Mars, the big Red Planet that is maybe the next stepping stone for the human race, is also home to avalanches, though they’re not quite the same as the ones we’re familiar with. HiRISE recently caught one of those frosty events on camera, which from the perspective it was taken looks merely like a puff of cotton on a cracked, barren red stone landscape.

The University of Arizona published a photo of the avalanche on September 30 — it is the small white mass in the center of the photo, and it happened near the edge of the planet’s North Pole. According to the researchers, this location is the most common place HiRISE spots avalanches on Mars. The season is said to be northern spring, and it results in common frosty plunges. 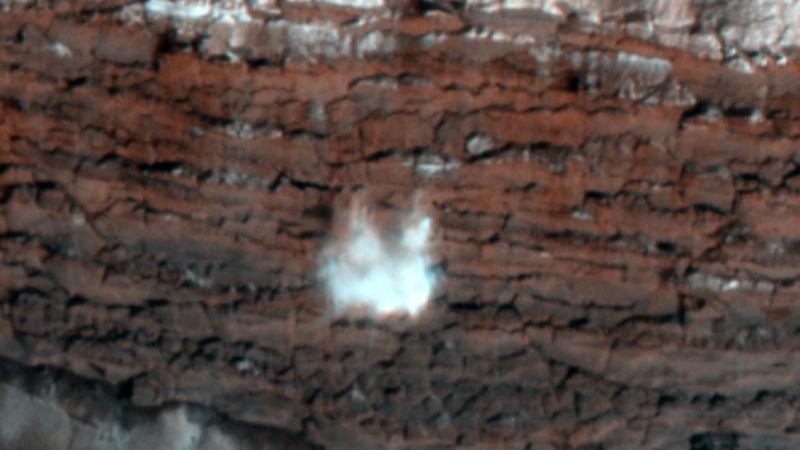 The region is being monitored by HiRISE so that researchers can learn more about when and how often these avalanches happen, and the events relate to the frost located below the scarp and on the ground. You can see the full, less contrast-y version of the image here.

Says the university, the small white cloud you see in the front of the red cliff is probably composed of carbon dioxide frost, which was disturbed and knocked loose from the higher above layers. Though it looks pretty small, the researchers assure viewers it is actually quite large — it is about 20 meters across, which is about 65 feet.

VIA: Gizmodo
SOURCE: University of Arizona