Jeff Bezos’ Blue Origin is opening up a seat on its first flight to space, with an auction to snag the only spare ticket for one lucky would-be astronaut. Blue Origin’s New Shepard is scheduled to launch on July 20, 2021, and will take those onboard above the Kármán Line, officially past Earth’s atmospheric boundary and into space.

It’s a mission that’s been a long time coming for Blue Origin. The spacecraft – named after Alan Shepard, who was the first American to fly to space six decades ago – has now flown 15 consecutive missions to space and back, passing the Kármán Line each time. However the July 20th flight will be the first with astronauts onboard.

Although there’s no hard boundary between what’s considered the limit of Earth’s atmosphere, and the point where “space” begins, the Kármán Line is one attempt at a legal definition. Named after Hungarian American engineer and physicist Theodore von Kármán, who died in 1963 after a career in astronautics and aeronautics, it’s a 62 mile (330,000 feet) boundary above the planet’s mean sea level. 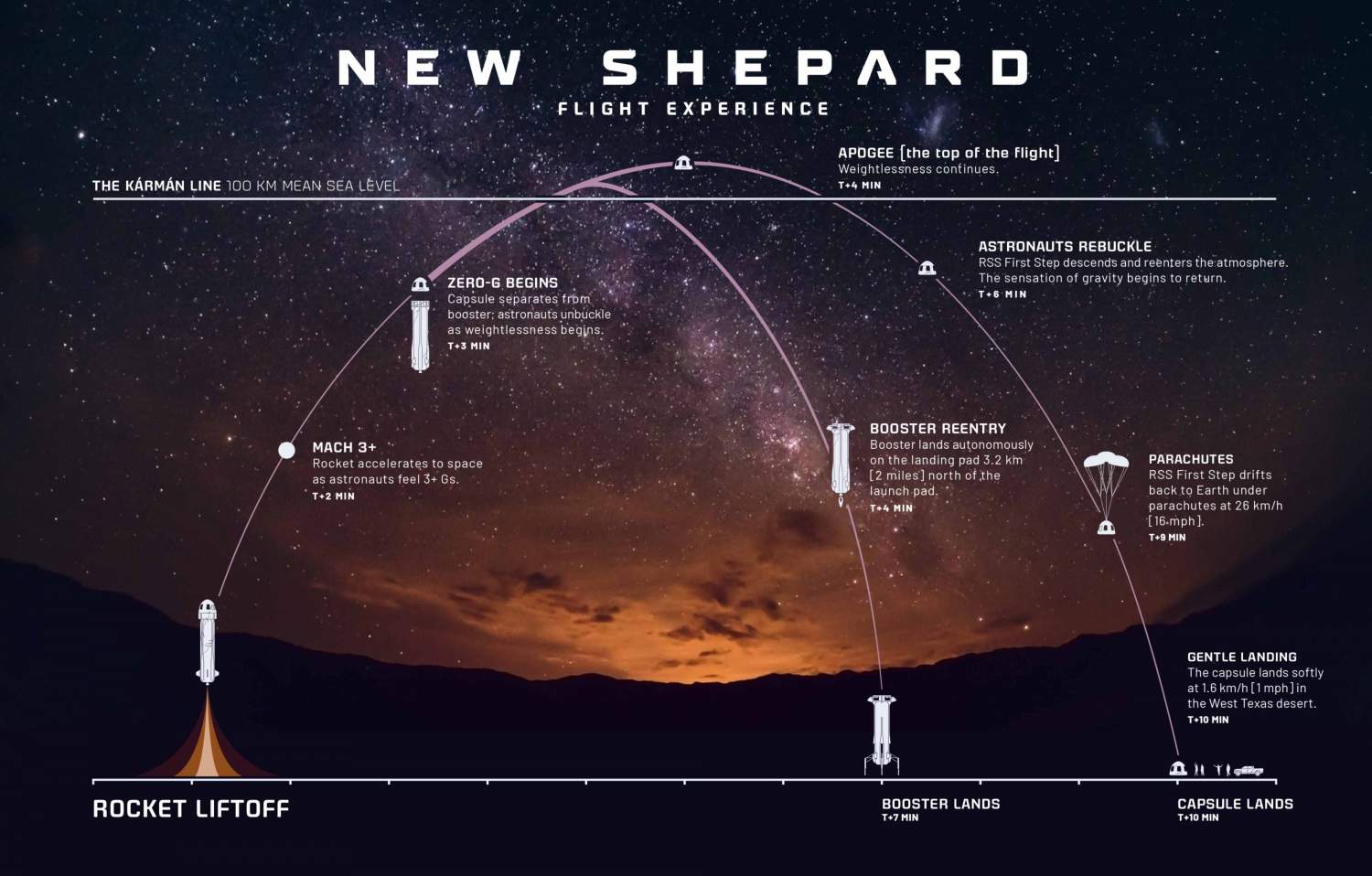 It’s actually further out than NASA and the US Air Force would consider the true definition of space. The US space agency defines that limit as 50 miles above sea level, for instance.

Those onboard New Shepard won’t spend long beyond it. The plan is to launch the rocket and then have it achieve Mach 3+ at around the two minute mark. By the third minute, the capsule will separate from its booster rocket, and those onboard will experience the weightlessness of zero-G. 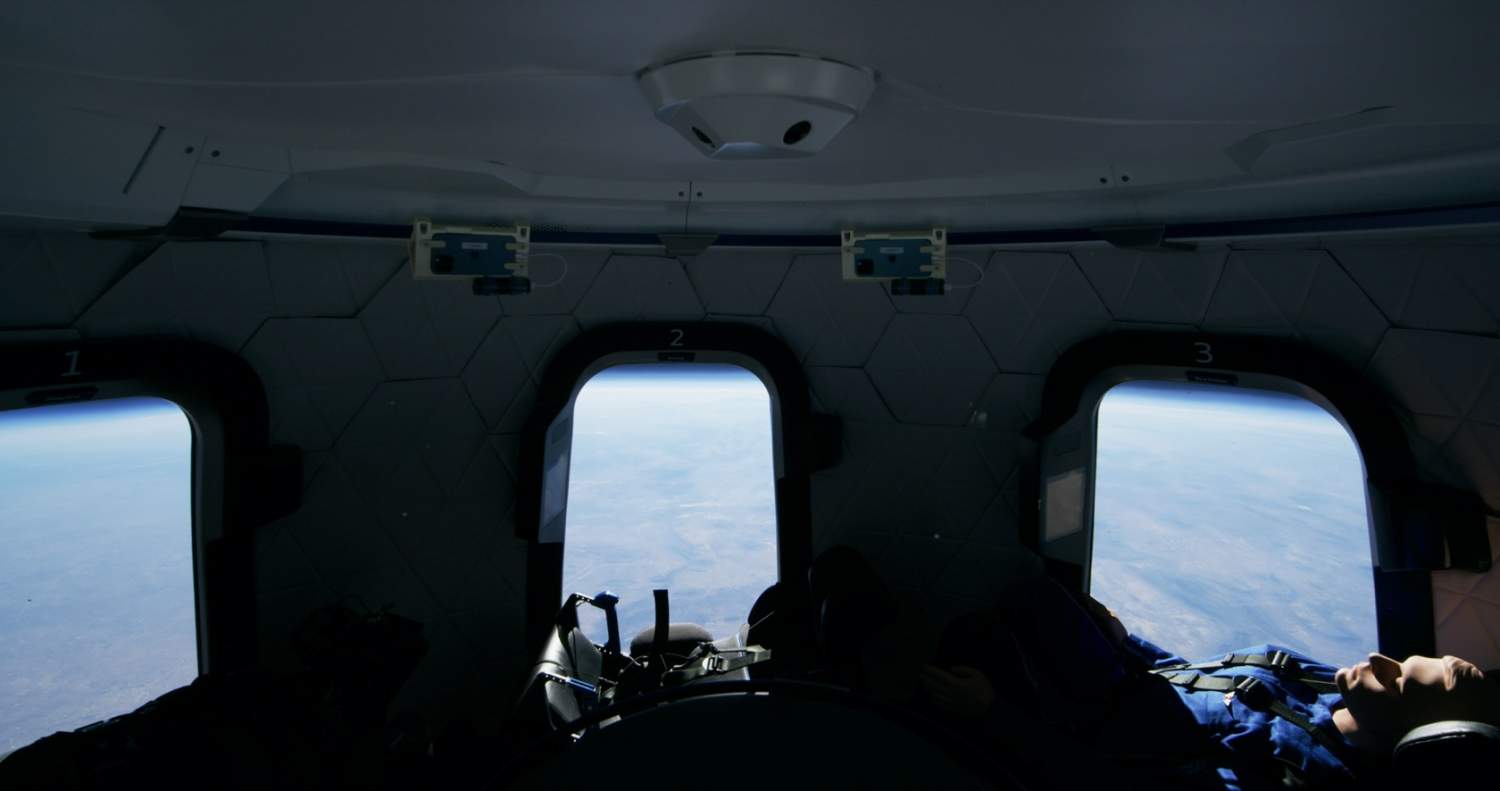 At some point between there and the flight’s apogee – its highest point – at four minutes, the crew will pass the Kármán Line. Then it’ll be time for descent, with gravity returning at approximately six minutes post-launch. The parachutes unfurl at the nine minute mark, and then the capsule lands at approximately 10 minutes after takeoff.

Just how much someone might be willing to pay for that experience remains to be seen. Blue Origin will have three phases to its auction process, with the first – taking sealed online pre-bids – already open. That’ll run between now and May 19, with the highest bid at each point kept secret. 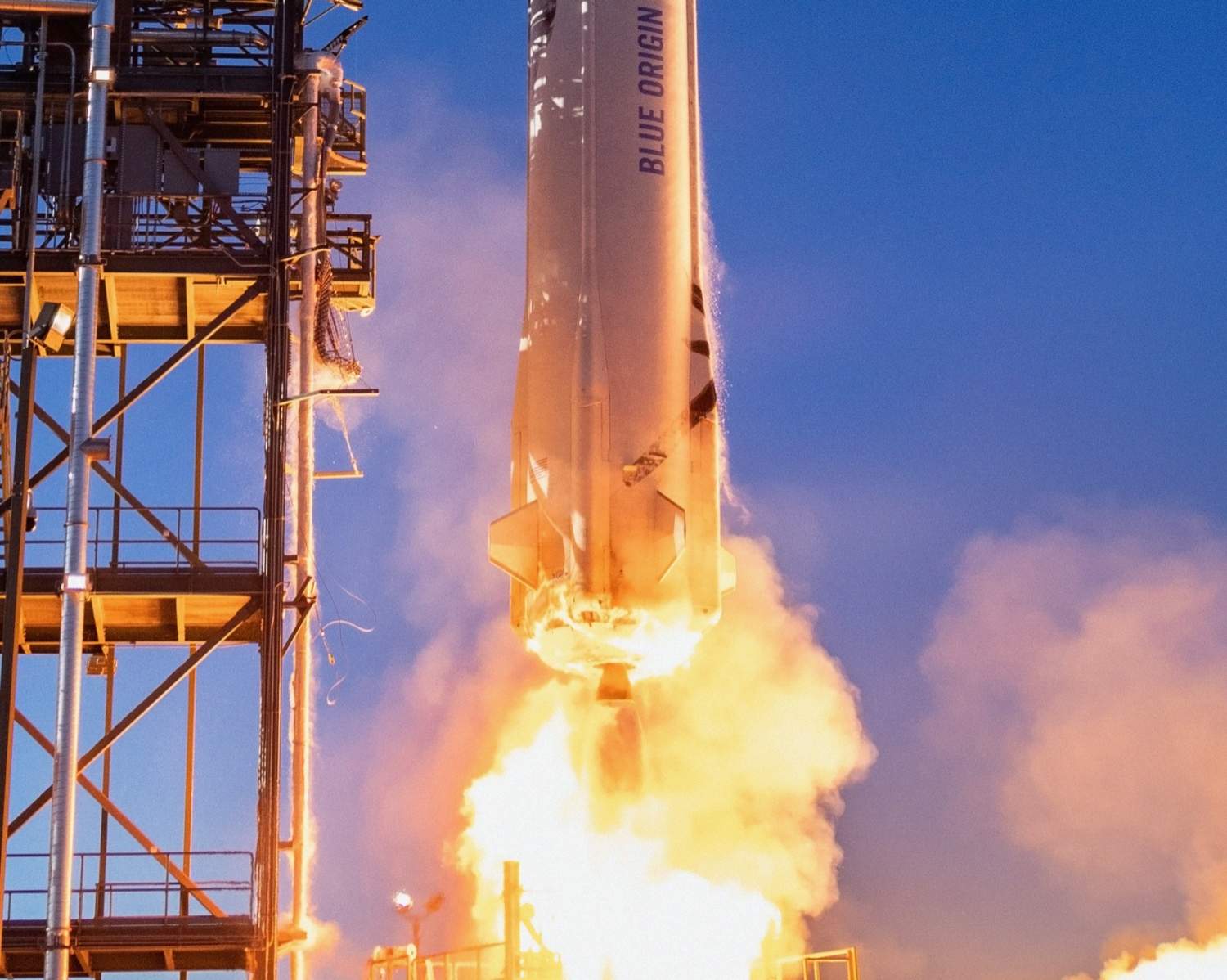 Between May 19 and June 10, the live online pre-bidding will take over. That will reveal the highest bid from the first phase, and then allow others to compete with it. Registration will close on Jun 10 at 5pm EDT, and then there’ll be a live online auction for the final ticket on June 12 at 1pm EDT. Bidding will take place online and by phone, and continue until there are no competing bids.

The winner will get two days of training and preparation before the flight, and have to sign a fair amount of paperwork. That’ll include not only informed consent and waivers of claim, but a nondisclosure agreement which will limit how much of Blue Origin’s “proprietary information” the astronaut can discuss publicly later on. The winner must be 18 years old, or the age of majority in their country, whichever is higher. 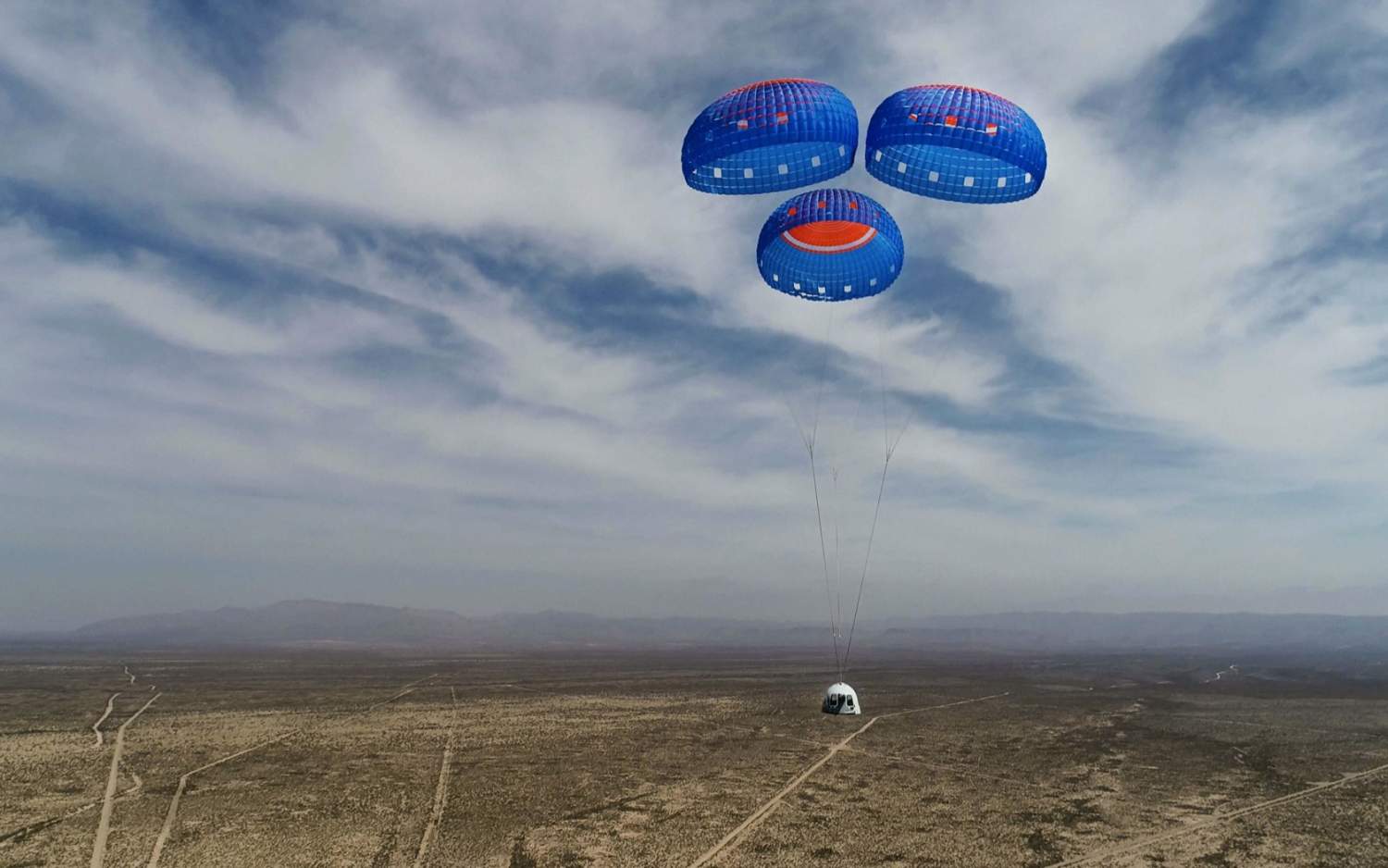 As for the proceeds, Blue Origin says it plans to donate the winning bid amount to Club for the Future, its own non-profit. If you’re thinking of using this as one huge tax write-off, though, bad luck: Blue Origin says bids won’t be deductible as charitable contributions for federal income tax purposes.