A robot just landed a Boeing 737, in a simulator of course

Airline pilots beware! Yours might be the next job in line to be replaced by robots. Well, maybe not yet soon. In the future, however, robots might indeed take over some tasks deemed either too menial or too distracting for humans. For now, however, DARPA’s ALIAS robot, short for Aircrew Labor In-Cockpit Automation System, is content to be a co-pilot and trainer. And to prove its flying chops, it successfully landed a passenger plane. Well, a simulated Boeing 737 cockpit, to be precise.

In truth, part of a modern plane’s flight system is already automated but only to a certain extent. Automatic flight systems are expensive to install and actually require redesigning a plane to integrate them. ALIAS, in contrast, need only take the co-pilot chair and it’s good to go. 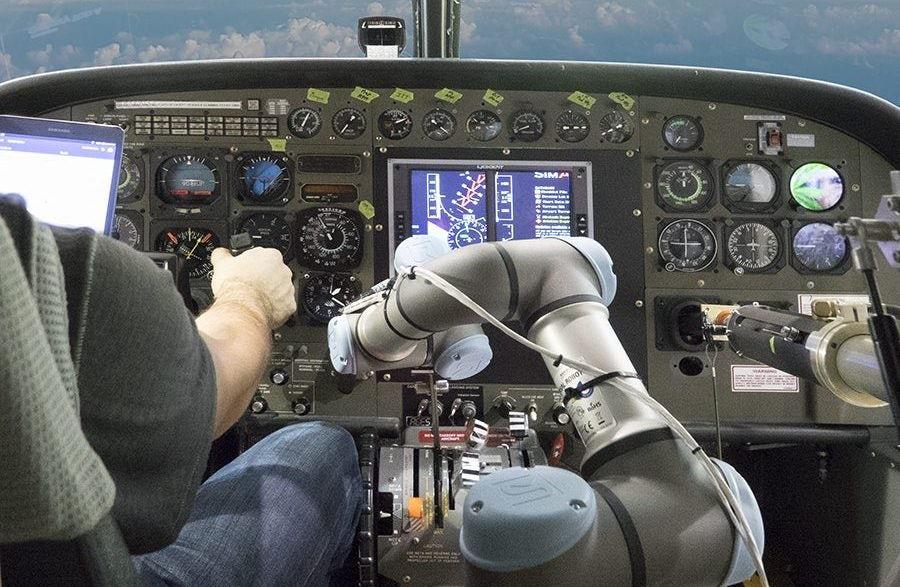 ALIAS is actually just a robot arm, like those used in production plants, but with more flexibility and more finesse. It can be quickly fitted inside any conventional aircraft, from Cessna 208 Caravan to a Boeing B-52 Stratofortress. Once in place, the robot will scan, identify, and analyze the plane and take on the role of co-pilot.

It isn’t meant to replace human pilots. At least not yet. It’s currently designed to be a trainer and second pilot, taking care of rote tasks while the human pilot makes the high-level decisions. DARPA roboticists hope that, in case of an emergency, ALIAS will be able to help free the pilot from having to worry about minute details.

In the future, ALIAS could lose the arm and take on a less conspicuous appearance. Considering the pushback against self-driving cars, it will probably take ages before fully automated planes even become accepted. For now, the pilot’s job is secure. The co-pilot, however, might need to start brushing up his or her résumé.