A humanoid robot now works at a Japanese department store

Uncanny valley once more strikes the world’s favorite robot country, Japan. The country’s collective fascination, sometimes even obsessions, over human-looking robots or androids sometimes take rather strange turns that could, at times cause both fascination as well as discomfort. The latest trend seems to be to put these androids, particularly gynoids or female-looking androids, in behind reception desks and concierges to greet customers and patrons. We’ve heard of the concept in the soon to be built Henn-na hotel. But you can already see one even today at the Mitsukoshi Department Store in Tokyo.

Her (or its) name is Aiko Chihara and she stands at the front desk to greet customers. Actually, at the moment, that’s all she can do. The robot is made by Toshiba and has 43 motors to facilitate movement. But as far as intelligence goes, it might not be completely there yet. It can’t respond to questions or complaints. Which makes Aiko little less than an attraction for visitors and shoppers. 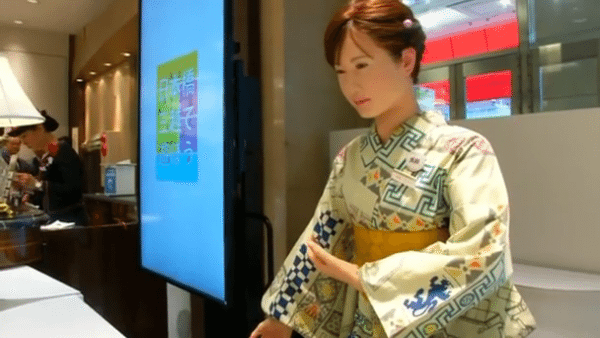 She is, however, well versed in some languages. Of course she knows Japanese but she can also do Japanese sign language. But perhaps more interesting, especially for Toshiba business development division group manager.Hitoshi Tokuda, is its ability to speak Chinese. The intent is to encourage more Chinese-speaking customers to come in. Not that Aiko might be of much help given her limitations.

She/it can also sing, but unlike some more sophisticated androids, it looks quite fake. 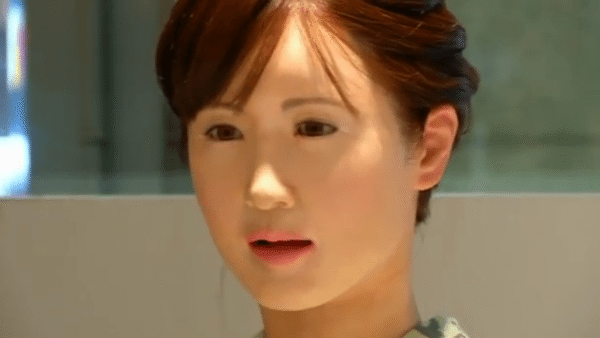 Aiko Chihara will started her unpaid tenure at the store Monday and she will be there until May 5. Or at least until her bosses tire of her.