A gigantic arc of galaxies has been discovered spanning 3.3 billion light-years

Astronomers have made a very interesting discovery that has been dubbed the Giant Arc. The newly discovered crescent of galaxies spans 3.3 billion light-years and is described as one of the largest known structures in the universe. The massive size of the ark of galaxies is challenging some of the basic assumptions astronomers hold about the cosmos.

The Giant Arc includes galaxies, galactic clusters, and copious amounts of gas and dust. It’s about 9.2 billion light-years away from our solar system and is so massive it stretches across about 1/15 of the observable universe. Researcher Alexia Lopez says the discovery of the Giant Arc was serendipitous. Lopez was assembling maps of objects in the night sky using light from 120,000 quasars. A quasar is a distant bright core of a galaxy where supermassive black holes consume material and eject energy.

When the light from the quasar passes between us and the quasar, it gets absorbed by various elements leaving traces that can give researchers important information about the material they are observing. Lopez was particularly using marks left behind by magnesium to determine the distance to the intervening gas and dust along with its position in the night sky.

While looking at the cosmic maps, Lopez says a structure began to emerge. The structure that was emerging was the hint of a giant arc. Researchers analyzed the findings further to ensure there wasn’t a chance alignment or an error in the data leading to the emergence of the ark. 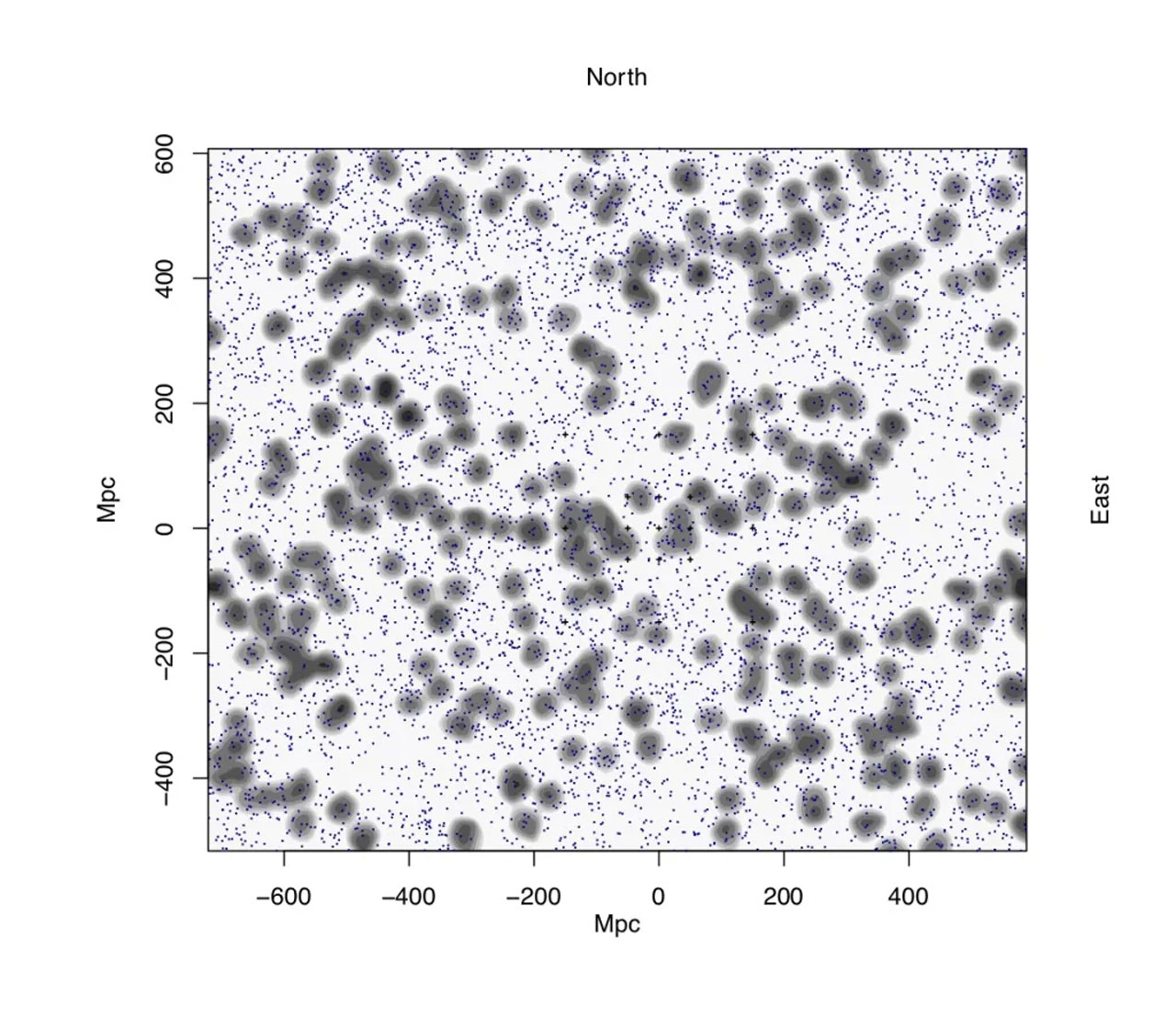 The additional investigation the researchers made ultimately determined that there was less than a 0.003 percent chance the Giant Arc wasn’t real. The discovery of the arc is challenging the “cosmological principle,” which states that at the largest scales, matter is more or less evenly distributed throughout space. However, the discovery of the Giant Arc refutes that notion.