Earlier today, we told you about a new rumor regarding the next generation iPod Touch. Considering the list of features that the iPhone has under its hood, many people are already wondering just what the iPod Touch, the phone-less version of the handset from Cupertino, will carry over into its next life. According to the initial rumor, we know that a 5MP on the back, which will be perfectly capable of recording HD video, reportedly up to the 720p standard that the iPhone 4 does. Additionally, FaceTime was also mentioned, and these new parts listed on Alibaba.com go a long way to support those initial pieces of information.

Two sellers on the site, which is a global business-to-business trading platform, supposedly have parts of the next generation iPod Touch. The first is Jack Telecom (HK) Co., and they’ve got the LCD screen, along with the outside panel as well up for grabs. The listing itself has this as its title: “lcd with digitizer for ipod touch 4gen.” So, they obviously believe that the parts they have in their possession is for the next iPod Touch. 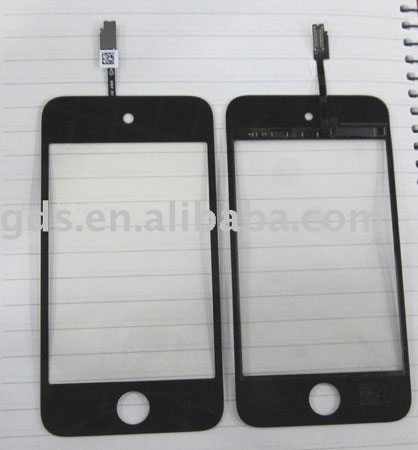 The second seller, GDS Industry Co., Ltd., has the same front panel as the first listing, but it does not have the LCD screen. The title of their post is “MP4 touch screen for Ipod touch 4g digitizer.” What’s noteworthy of these pieces, is the large whole righht above the screen. As we can probably guess, if this really is the next generation iPod, then that’s probably where the front-facing camera will go. And, considering we know that FaceTime doesn’t need a 3G signal, let alone any kind of wireless signal, to make calls, then the next iPod Touch could ver well have the same FaceTime feature. If September is indeed the launch date, then we don’t have much longer to wait before we get some kind of confirmation. Plus, we’re expecting plenty more leaked pictures in the coming weeks before the official launch. Just the way things go.