Space World theme park has shut down its first-ever 5,000-fish frozen in ice attraction, apologizing for breaking Japan’s weird boundary. While strange, odd, or otherwise disgusting attractions aren’t at all unheard of in Japan over the past several decades, it would seem that partially-protruding fish heads in ice aren’t up to code. Space World’s ice skating rink has been temporarily closed to remove the fish.

Space World is a theme park in Kitakyushu, Fukuoka prefecture. Starting on November 12th, 2016, Space World opened its brand new ice skating rink. Inside this rink were a total of 5,000 once-alive, now-dead frozen fish. These fish were dead before they were frozen in ice, so it would seem that the creators of the attraction didn’t think there’d be any problem with animal rights activists. 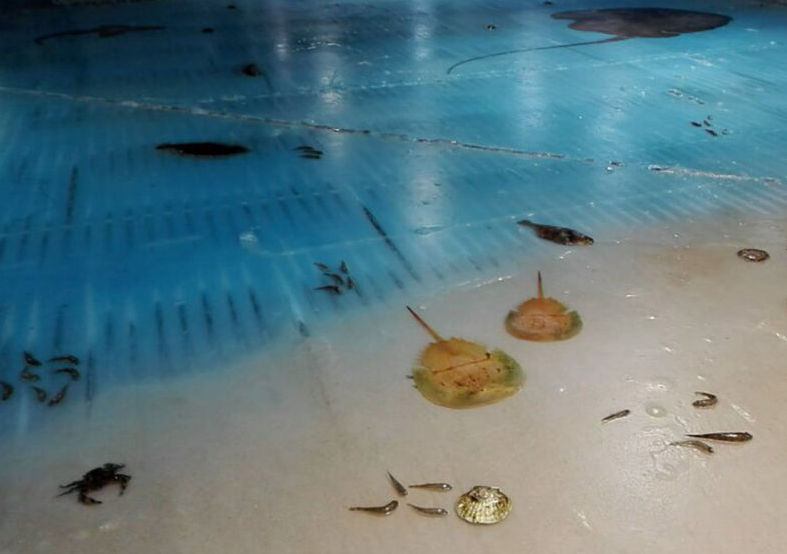 A total of 25 different types of real fish were purchased from the local city fish market. A number of printed images of whale sharks and different sorts of rays were also included. Not long after the attraction was open, rumors circulated that these fish had been frozen alive.

Of course that would have taken a LOT more effort than the creators of this rink put in, especially considering the fish spelling the word HELLO. According to Mainichi, the amusement park is now considering holding a memorial service for the fish used in the rink.

“We are sorry if there were people who found it unpleasant,” said a representative of Space World after an abundance of complaints were lodged. “As a result, we have stopped the event from today.”

The park is generally focused on space-related attractions, but turned its eye toward the sea for this upcoming winter season. Unfortunately their efforts to educate the public with a macabre fish graveyard of horrors was not to be. 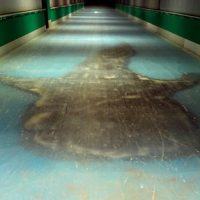 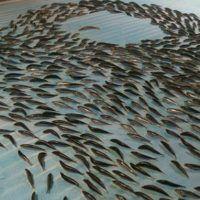 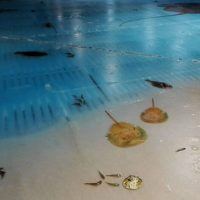 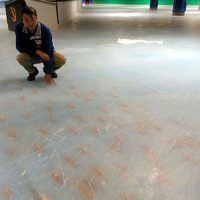 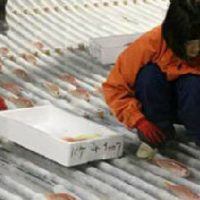 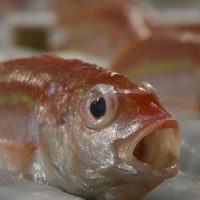 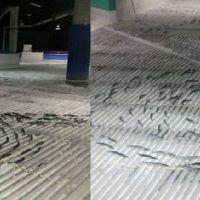