5 Things we learned on our Chevrolet Bolt winter road trip

It’s easy to love electric cars when the sun is shining and the mercury is comfortably pegged at a balmy 75 degrees, but dial back the seasons to the starker setting offered by winter’s chill and things get a little more complicated. I’d been excited by the prospect of the Chevrolet Bolt since it was first announced – finally, an affordable EV with real-world range – but I was somewhat nervous as to how it would handle the ice palace climate of my native Montreal, where you can use your back porch as a deep freeze during January, February, and most of March.

I decided that, much like skinny dipping or bare-knuckle boxing, it would be best for me to go ‘all the way’ with the Bolt and plan the kind of long-distance road trip that simply wouldn’t be possible in any other EV on the market not named after an 80s hair metal band. Here are the 5 things we learned at SlashGear after taking it on a 220-mile highway jaunt in the ice and snow. 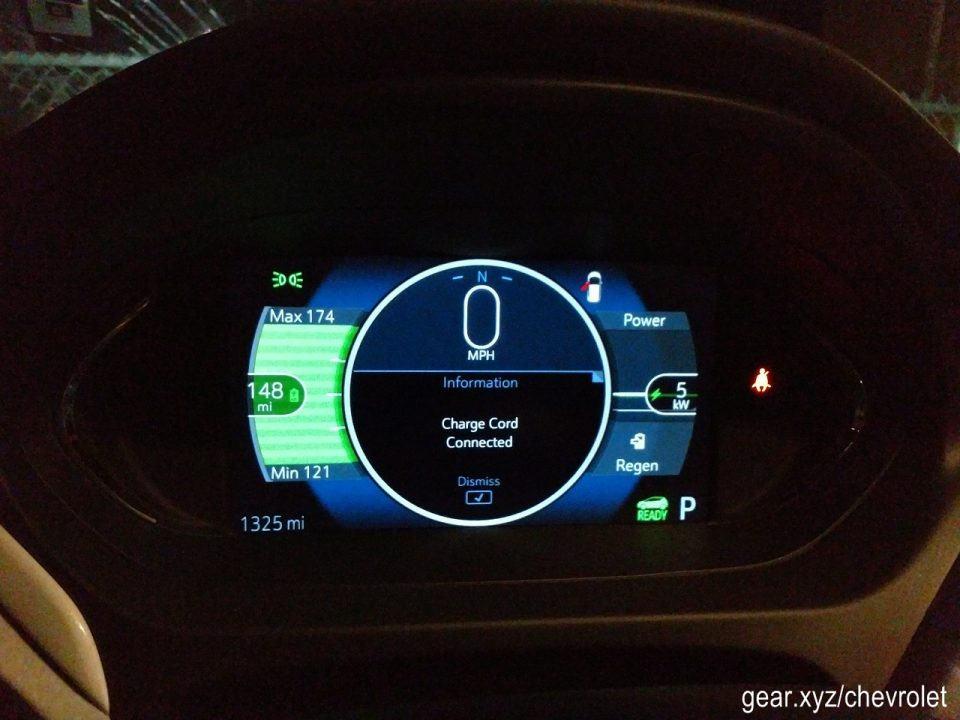 Yes, you’re right – but also wrong, as I quickly discovered. Officially, the EPA rates the Chevrolet Bolt at being able to squeeze 238 miles out of its battery before you need to plug it in, and in the real world there are some fair weather drivers who have beaten that figure.

My test vehicle, however, wasn’t able to come close to delivering that kind of range. When fully charged, the Bolt’s range display refused to show more than 174 miles available in the ‘best case’ scenario, with a more conservative still 144 miles showing as the most likely amount of driving I’d be able to do between charges.

It turns out that the vehicle had been delivered to me with a ‘Hill Reserve’ setting switched to ‘on,’ which locks out a certain portion of the battery’s capacity when charging at a plug so that those who live at the top of steep inclines can take extra advantage of the car’s regenerative brakes and top off that way. Even with that feature disabled, however, there was a gain of perhaps 10 miles, which illustrated just how much of an effect the near-freezing weather had on the power pack’s ability to perform. The car’s own ‘Energy Usage Score’ penalized me -5.0 points for both the climate settings and the outside temperature, which is the maximum amount of damage it’s willing to display – making me wonder how bad things would get once the temps slipped deep below zero.

This caveat is not unique to the Bolt – all electric cars are facing a similar deficit in winter driving, and the colder it gets, the more range attenuation you’ll have to take into account. 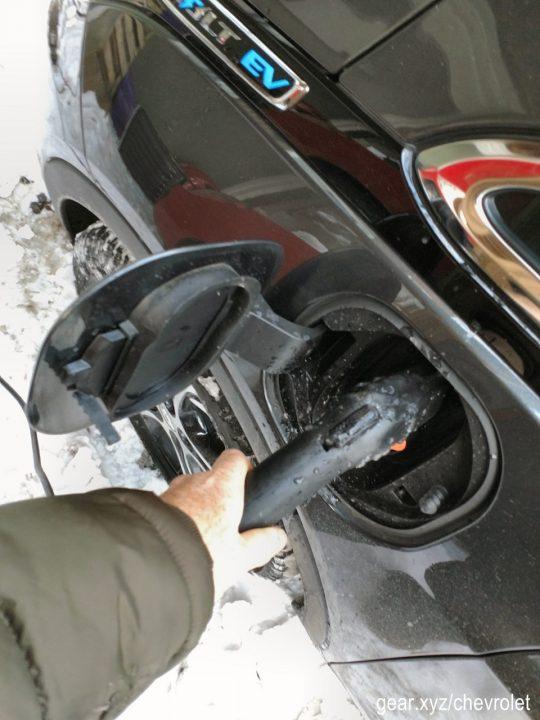 The cold doesn’t just affect the rate at which power comes out of the battery, but also how long it takes for you to pack electricity back into it as well. I noticed a variety of charging times while using the Circuit Electrique, Quebec’s network of level 2 charging stations. The rate of charge varied between 4.7 kWh per hour to 6.62 kWh per hour, depending on the outside temperature – and, of course, the state of the battery itself, with a more depleted power pack sucking in juice at a more accelerated rate. Topping off an electric car is one of the most frustratingly slow experiences in automobilia, and the Bolt slows down to just 2 kWh per hour once it gets close to 100 percent full, trickling electricity into the lithium-ion battery to protect it from being damaged. 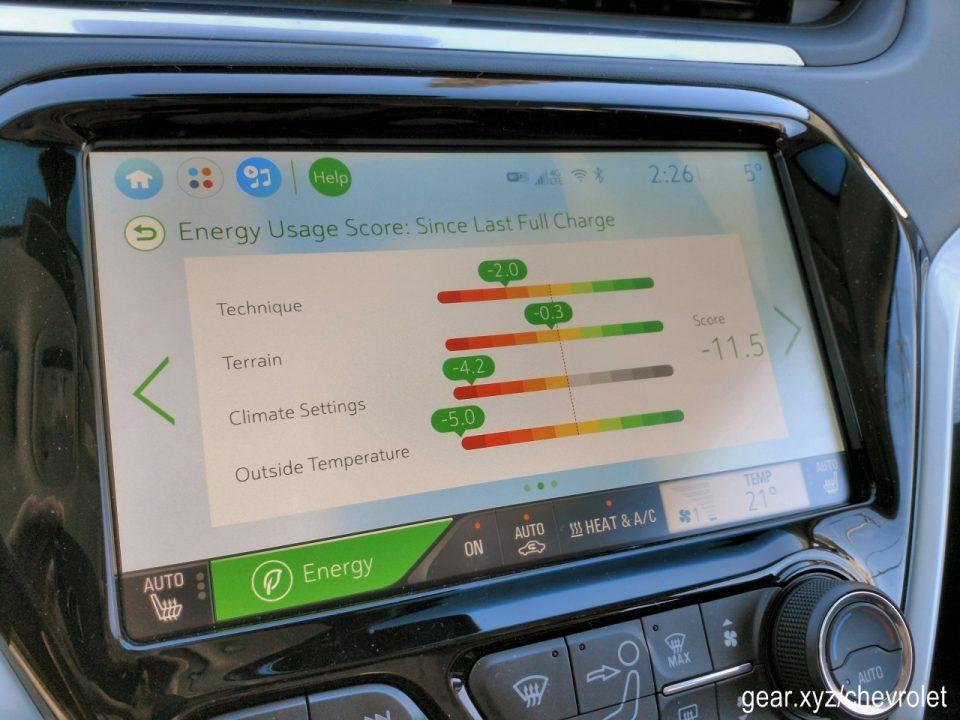 The Chevrolet Bolt allows you to either brake like you’re driving a normal hybrid, switch over to ‘golf kart mode’ where lifting off the accelerator instantly engages the regenerative binders, or choose a personal sweet spot somewhere in between. Regardless of what setting I selected for the car I was quite pleased with how willing the regen system was to transform kinetic energy into sweet, sweet electrons, allowing me to complete several ‘zero mile’ drives through the city where I ended up at my destination with the same range showing as when I left. Even the super-aggressive golf kart setting was perfectly manageable on slippery roads, something I had been concerned about when I picked up the car. 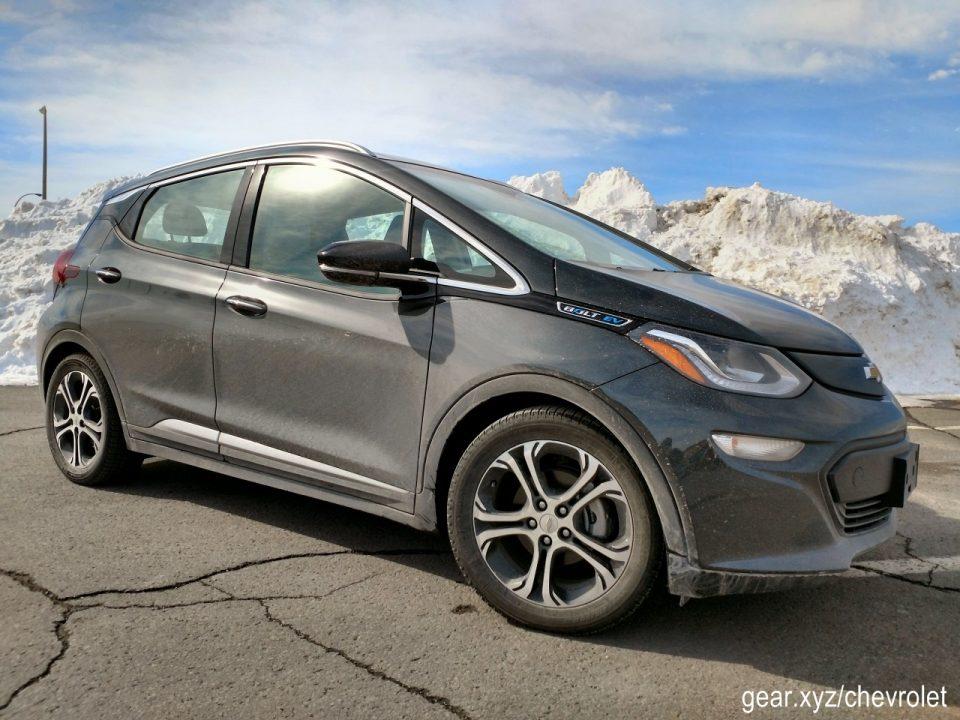 The Chevrolet Bolt is designed around a short wheelbase that sits tall on narrow tires, giving the hatchback plenty of real estate to expose to brisk winter winds and not much natural stability to counter their efforts to tip the car over like a sleeping cow in a snowy farmer’s field. By no means is the Bolt dangerous at highway speeds, but you’ll have your work cut out for you paying attention to the steering inputs needed to maintain a straight track – particularly if you find yourself traveling over rutted pavement.

5. The Bolt Is Quick 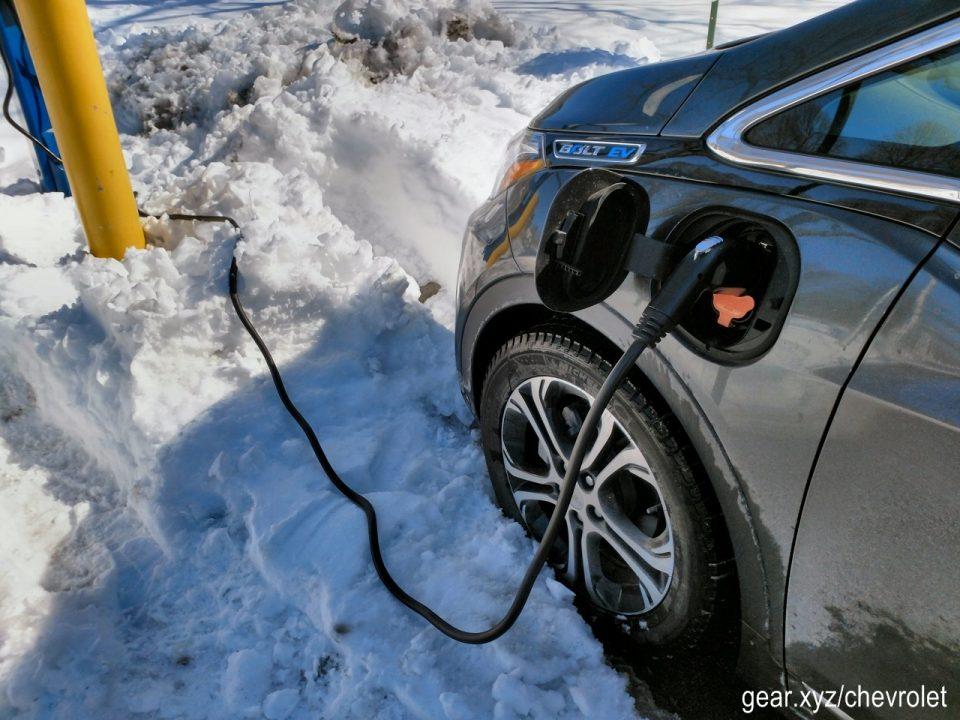 It’s no sports car, but how many affordable EVs can reliably spin the tires if you get over-exuberant with the go-pedal? I’ll admit that cold rubber and asphalt don’t make for the best traction, but damn, the Bolt felt strong off the line – and on the highway, too, comfortably surging past 75-mph to pass without hesitation. The only other EV I’ve driven in the Chevrolet’s size that displayed a similar willingness to play is the pricier BMW i3, which says a lot for the engineering benchmarks met during the Bolt’s design process.