5 reasons to hold off until Surface Book version 2

Around the water cooler, this author is somewhat known for being a fan of Microsoft‘s Surface Pro, especially since the Surface Pro 3. By then, the advantages far outweighed the drawbacks, which have also become more bearable than in previous iterations. And you could tell that Microsoft has near perfected the design language it wanted. So when it unveiled the Surface Book to much surprise and fanfare, interest and excitement naturally welled up. But after our own up close and personal encounter with one of Microsoft’s finest hardware yet, the verdict sadly tips on the “skip for now” side. Here’s why.

One of the Surface Book’s greatest strengths could also be its greatest weakness, a pattern we will see yet again later. Although not a critical part of the device’s functionality, the Surface Book truly becomes more interesting, not to mention more formidable, when you include the discrete NVIDIA graphics chip in the equation. It is, to some extent, the mobile equivalent of the GPU amplifiers that are growing in popularity among gamers. Dock the clipboard half with the keyboard and you can avail of more powerful graphical processing than with the integrated Intel chip alone. 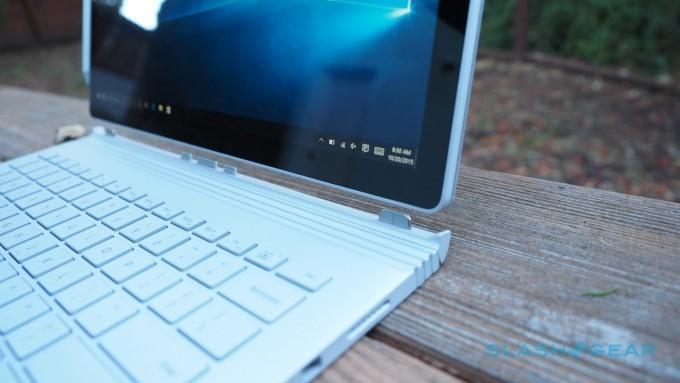 But the idea is also too novel in this device space as well. And perhaps too novel even for Windows 10. Even now there are reported instabilities and inconsistencies with the graphics driver, which might not be that surprising considering you can hotplug and unplug the keyboard dock without having to restart the Surface Book. Windows 10 might know what to do and adjust appropriately. Third party apps might not always be so knowledgeable or flexible. Microsoft and NVIDIA will undoubtedly roll out a stream of updates and developer tools to patch things up, but things might already be off to a rough start.

The “Dynamic Fulcrum Hinge”, as Microsoft itself calls it, is perhaps the most divisive feature of the Surface Book. Some have fallen madly in love with it, others are beyond disgust over it. For now, we will leave out the debate about its scorpion tail-like aesthetics or the fact that it leaves a sizable gap when the laptop is closed. For now, we will focus on something that Microsoft is really proud of: the locking mechanism. Microsoft calls it “muscle wire” that remembers its form depending on the electricity that passes through it. At one point, it will cling to the Clipboard half of the laptop. At another point, it will release it, allowing the user to separate the two halves. 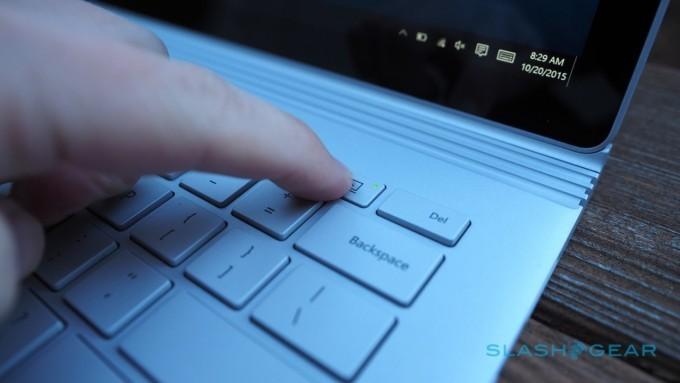 It might be an engineering feat, but in practice it has problems. Users will be required to press and hold down a key and wait for the muscle wire to unlock. If that wasn’t awkward enough, the fact that it actually requires electricity to work might be even more inconvenient. That has several practical implications. For one, you won’t be able to separate the two if the device if powered down. Even with Windows 10’s fast boot times, that’s still going to cost you a few seconds at the very least. Second, you will really have to hold down that key on the keyboard dock. Good luck with the finger acrobatics required when the the Clipboard is attached backwards, like in a tent or presentation mode. And finally, it’s all software-based, and a lot of things can happen that may stall the operation. Given the probable display driver issues above, it’s not a 100 percent guaranteed success.

The Surface Book seems to be positioned at the opposite extreme of the Surface Pro. If the Surface Pro was the tablet that could replace your laptop, the Surface Book is the laptop that could replace your tablet. Well, almost. The thing is, it really isn’t. It’s more like “the laptop that you can occasionally use as a tablet”. Why? Because the Clipboard half of the contraption only lasts at most 3 hours away from the keyboard dock. In short, you’re not going to use it away from the keyboard for too long. Sure, you can actually fold the whole Surface Book into a tablet-like position ala a Sony Vaio, but that loses its appeal as a tablet. Depending on your use case, that might be a deal breaker or inconsequential. It’s understandable that Microsoft might have had to reduce the battery of the Clipboard in order to lighten the load and make the keyboard heavier, but maybe, just maybe, it could have given it a bit more. 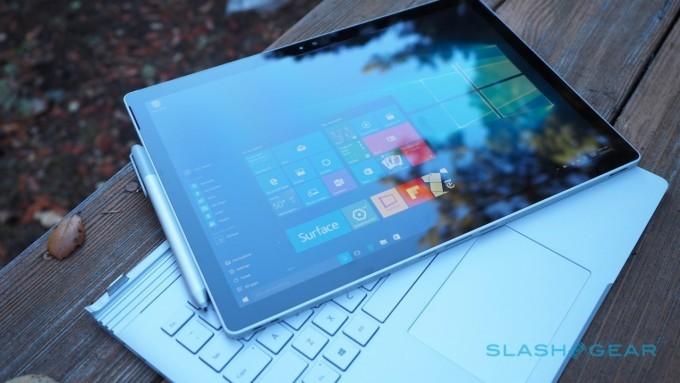 If the Surface Pro was already criticized for being pricey for a tablet, the Surface Book definitely takes the cake too. At its highest, it costs $3,199 and the lowest is $1,499. It wants to compete with the MacBook but is also competing when it comes to price. And by compete, we mean “which one is higher?” It is definitely a tough pill to swallow, even if you’re actually convinced of all the promises and despite all the shortcomings. That price tag will probably be the thing that will scare away all but the most devout, most convinced, and most affluent of gadget lovers.

All of the above can be summarized into this. The Surface Book is not only a first generation device, it is also one of a kind. To some extent, it is even more experimental than the first Surface Pro, which almost flopped because of growing pains as well. The novelty of a “removable” discrete GPU, the novelty of the Dynamic Fulcrum Hinge, and the novelty of the idea of Microsoft’s own laptop, all contribute to the uncertainty of this product. It’s a good product, certainly, but one that hints at a few more iterations before things become “just right”.

You might not like the aesthetics or even the features of the Surface Book, but it’s hard to deny the thought and effort that has gone into Microsoft’s first laptop. And it isn’t all that bad, all things considering but one can hardly call it perfect. It is a design and a concept that definitely needs a few more rounds of refinement before finally getting it mostly, if not completely, right. Which is why unless you have some more affordable way to get your hands on this first gen Surface Book, you might want to think really hard about it first.

That said, this situation does present a bit of a catch-22 problem. The Surface Book deserves and needs a version 2 and it might be more practical to wait for that model instead. But a version 2 might only be made if sales of version 1 are actually good enough to convince Microsoft to push forward with the device line. In short, it will need buyers to prove its worth. Hopefully, Microsoft is already convinced by all the hype and pre-orders and generally positive reviews. And hopefully it won’t take more than two iterations to get it right.