We see a lot of cool things in the 3D printing world, but this is definitely a first. A software engineer 3D-printed a duck foot that allowed one disabled duck to begin walking properly after the little creature suffered from a backward foot that made getting around painful and difficult. The duck was born with the backward foot, but after being given to Feathered Angels Waterfowl Sanctuary, Buttercup (as he’s called) is able to walk freely.

Buttercup had his backward foot amputated back in February, but now he’s able to walk again thanks to a flexible 3D-printed foot made out of silicone. Feathered Angels Waterfowl Sanctuary partnered up with 3D-printing company NovaCopy, which used Buttercup’s sister Minnie’s left foot as a template for 3D-printing a foot for Buttercup.

However, since 3D printers only use a hard plastic to create objects, they actually 3D-printed a duck foot mold and then poured silicone into the mold to create the final product. The foot will be attached to Buttercup’s leg using a silicone sheath rather than a traditional finger trap. The sheath will roll up on Buttercup’s leg, be inserted into the foot, and then have a fastener at the bottom. 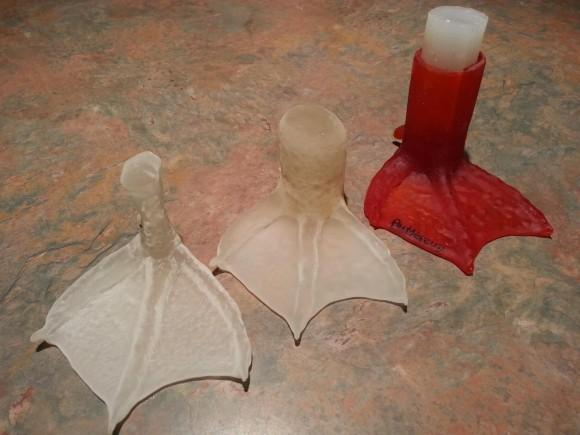 With Buttercup’s deformed foot, he would constantly get cuts and foot infections walking the way he did, and foot infections are fairly serious with ducks like him, so the sanctuary ended up having to amputate Buttercup’s foot before anything more serious developed. He’s been walking on a stump for the last few months, but the sanctuary expects to put the new foot on in the next couple of weeks.

We’ve seen a lot of unique uses for 3D printers, including creating plastic guns, but this one today is the most unique of them all so far. Plus, the idea of 3D printing molds to make other objects could become more widespread, especially if makers are wanting to create things out of malleable materials that can’t be used for 3D printing directly.