Scientists have developed a new 3D bioprinter that has been successfully used to print a replacement human ear that could be transplanted to a patient in need. A human ear isn’t all that the scientists have used the 3D printer to create, so far the team has created part of a jawbone, muscle, and cartilage structures in addition to the ear. The team is led by Anthony Atala from the Wake Forest Institute for Regenerative Medicine and the printer is the result of almost a decade of work.

The 3D bioprinter is called the Integrated Tissue and Organ Printing System (ITOP) and once the machine is deemed safe for use in humans, it could be used to replace damaged, missing, or diseased tissue in human subjects. One major benefit of using 3D printed tissue is that medical teams can create the tissue using a computer to meet any size and dimensions needed. The ITOP system 3D prints in a manner similar to commercial 3D printers, but it uses biomaterials that are very similar to functioning living tissue. 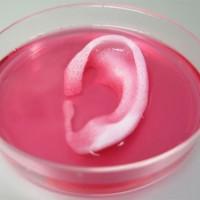 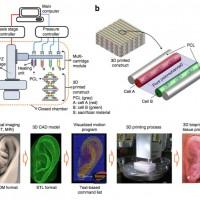 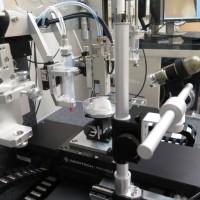 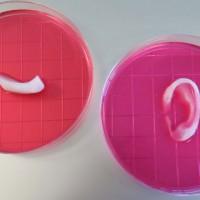 One challenge for the researchers is that previous bioprinters were unable to make functions tissue of the right size and strength. The bioprinters were also unable to produce structures like blood vessels because the vessels need to be very small to supply blood to the cells and previous printers couldn’t make things that small. Without those tiny vessels, living cells will die. The inability to make these tiny blood vessels is what Atala said was the limiting factor for bioprinting.

The ITOP system overcomes these limiting factors using biodegradable polymer materials to form the tissue shape along with a water-based gel to deliver cells to the structure. A temporary outer structure ensures the object is the correct shape. Embedded microchannels allow nutrients and oxygen to be transported to the cells within the structure. Atala says that the microchannels recreate capillaries in the body. The team has had success in animal testing and says a lot more testing is ahead before human trials begin.