3 simple mistakes that can break your iPhone

Two iPhone hoaxes and one built-in security measure have popped up over the past week that you need to be aware of. For the most part, these warnings stick for whatever iPhone you happen to have: iPhone 6s, iPhone 6s Plus, iPhone 6, iPhone 6 Plus, iPhone 5 and iPhone 5s – so don’t take your chances. The first has to do with re-setting your clock to a date before Apple existed. Do not do this. Your iPhone will turn into a brick.

Back in the year 1970, Apple did not exist. Apple Computer, formed in 1977, did not exist, nor did Apple Inc., as it was known from 2007 forward. As such, the extremely well faked advertisement you see below does not make sense. 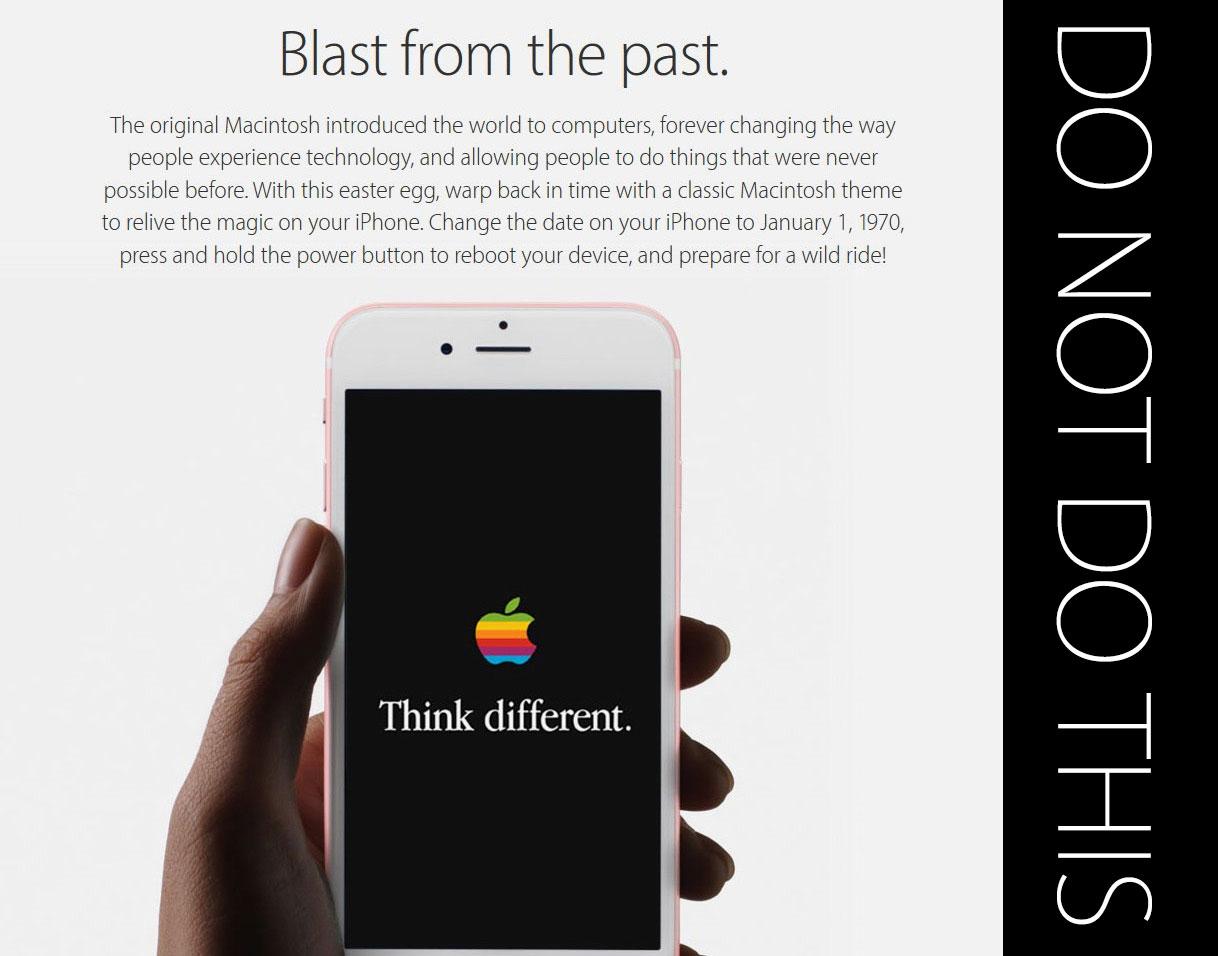 What does make sense, instead, is the error it’ll create. If you do indeed follow the instructions given to you in the image below, your device will seek out and initiate a Unix glitch – unless you’re unlucky. When this happens – when you set your device to 1/1/1970 – your device, per its Unix roots, will have an internal value of zero. This has nothing to do with the Unix system you see in Jurassic Park, but it will give you just as annoying an error as Nedry delivered then.

Even moreso – this will brick your device. That means broken. Until Apple fixes this, just DON’T reset your device’s date back to the first of January 1970.

If you are the sort of person who has hardware issues often – if you drop your iPhone every other day – you might have gotten it fixed at a 3rd-party repair shop. If you’ve done so and have come away happy, good job!

If, however, you’re in a position where something has broken in your iPhone, physically, and you need to get it repaired from this point forward, be aware: the fix might be the break. 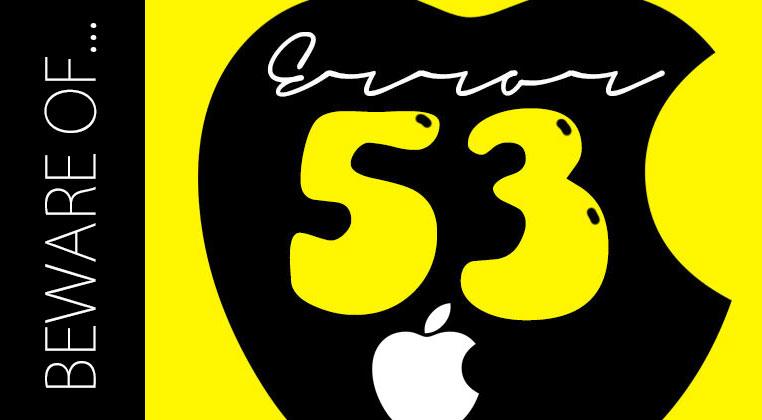 Apple repair specialists (official Apple Store specialists) have a means to re-set this Touch ID lock, but can only do so if they’re the ones repairing your damage in the first place. If a 3rd-party repair shop opens up your iPhone 6, for example, and messes with the Touch ID sensor, your device is more than likely bricked.

The waterproof hoax has returned. Back in September of the year 2013, an iPhone hoax took the internets by storm. There, upon the release of the software iOS 7, it became apparent that some users unfamiliar with the way software works were duped into thinking waterproofing was an option. 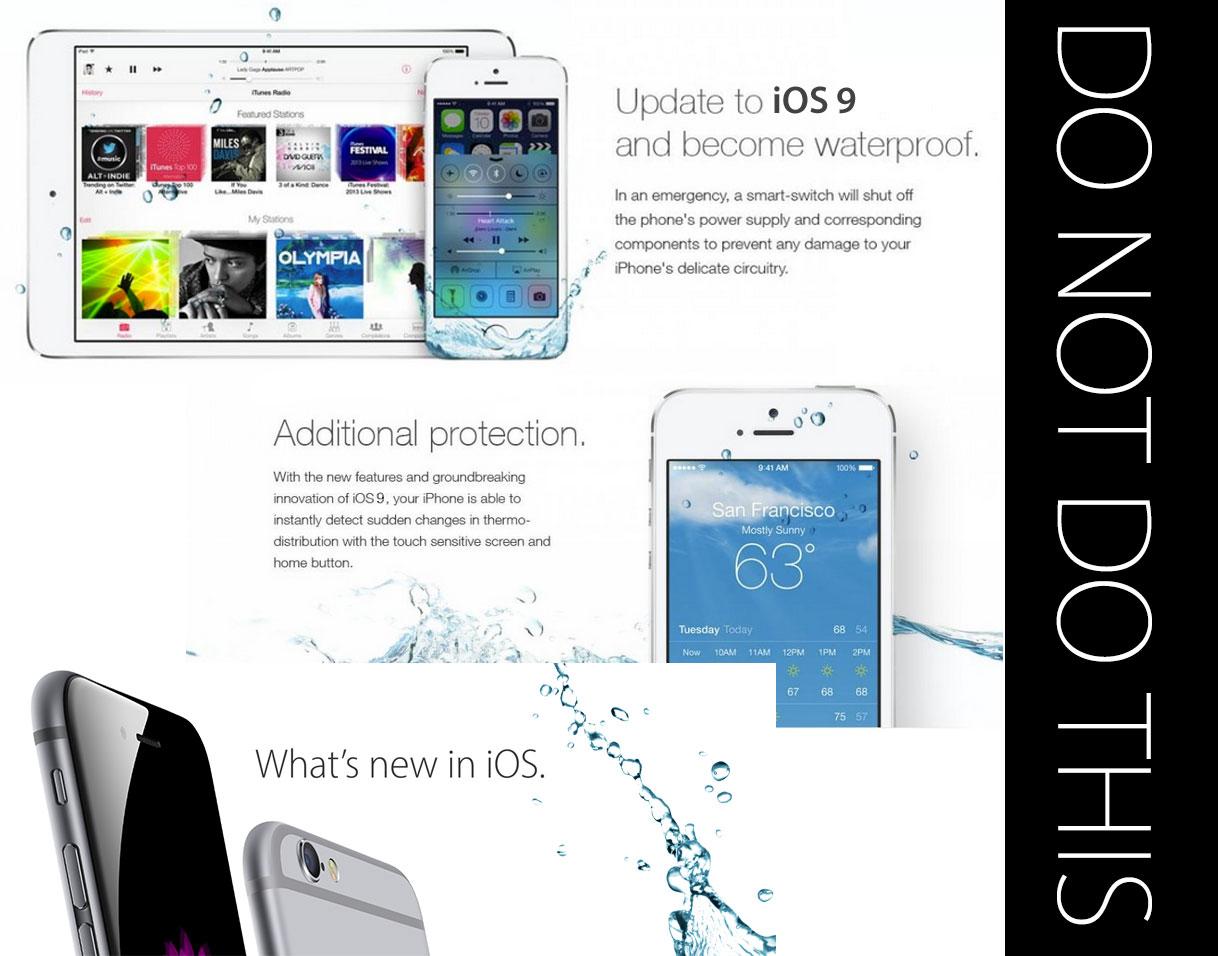 Fast forward to 2015 and we’ve seen the same images again, spreading just this week through Facebook, Twitter, and the like. You’ll notice a couple of shoddily photoshopped iOS 9 additions here – otherwise they’re the same as they were originally – as well as a new shot of the iPhone 6s with a tiny splash of water to drive the point home.

If you think your smartphone can become waterproof with a software update, may god have mercy on your soul.