Ford has been participating in the NASCAR Cup Series for many years. The Mustang became the car Ford used in the racing series in 2019, where it won at least ten races each of its first two seasons, including 18 victories in 2020, leading to the manufacturers’ championship for Ford. The automaker has now revealed its all-new 2022 NASCAR Next Gen Mustang that will take to the track next year.

Ford says that the all-new NASCAR Mustang uses most of the same architecture seen in its production Mustang. That includes components like rack and pinion steering, independent rear suspension, 18-inch tires, and a symmetric body. The first race for the new Mustang will be at the Daytona 500 on February 20, 2022.

Ford and its engineering team have been working on the new racing car for the last two years and say it’s completely different from its predecessor with a ground-up redesign. Ford says that with past generations, the only noticeable change between seasons was the exterior, but this version is specifically built with flexibility and the future in mind. The car was built to support future technology advances, including hybrid and electric powertrains.

The new Mustang racing car also more closely resembles the production counterpart, which is the best-selling sports car in the world. The car has an all-new body with a wider stance, a symmetric exterior shell, and a tall and smaller greenhouse area to resemble the production Mustang more closely. 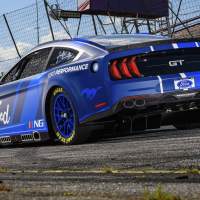 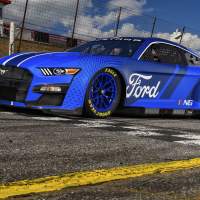 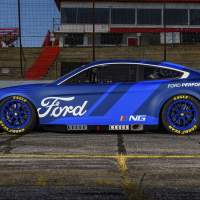 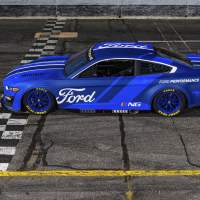 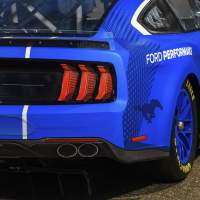 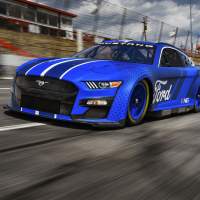 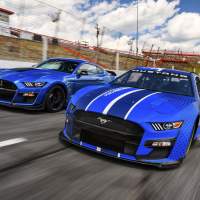 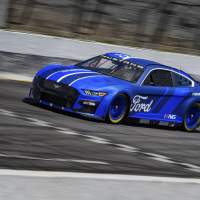 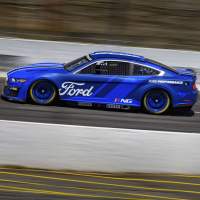 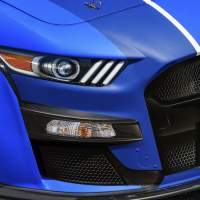 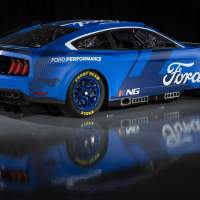 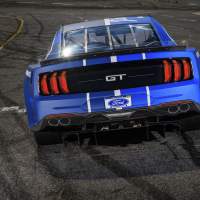 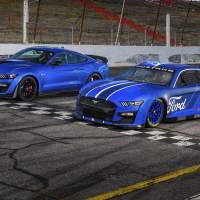 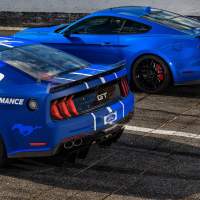 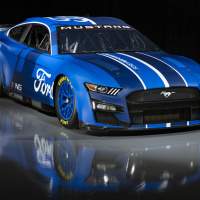 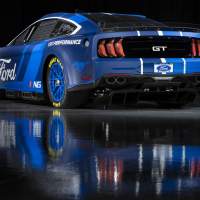 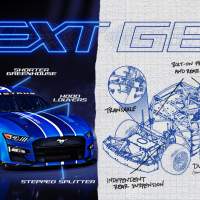 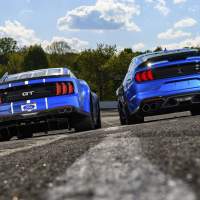