The 2022 MINI Hardtops and Convertibles are arriving, and along with a style revamp there’s unexpected pricing news, particularly around the Cooper SE EV. Headed to US dealerships in mid-April, after production begins in Europe at the start of March, the changes are predominantly to the design and trim, along with the technology and creature comforts you get in the cabin.

MY2022 brings a distinct change in style

A MINI has always looked like, well, a MINI, but the 2022 model year brings one of the bigger changes in aesthetic we’ve seen from the brand. The front bumper and grille, the side scuttles behind the front fenders, the wheel arches, and the rear bumper have all been changed, and there are tweaks to the door handles, badging, fuel filler cap, and tailpipes. 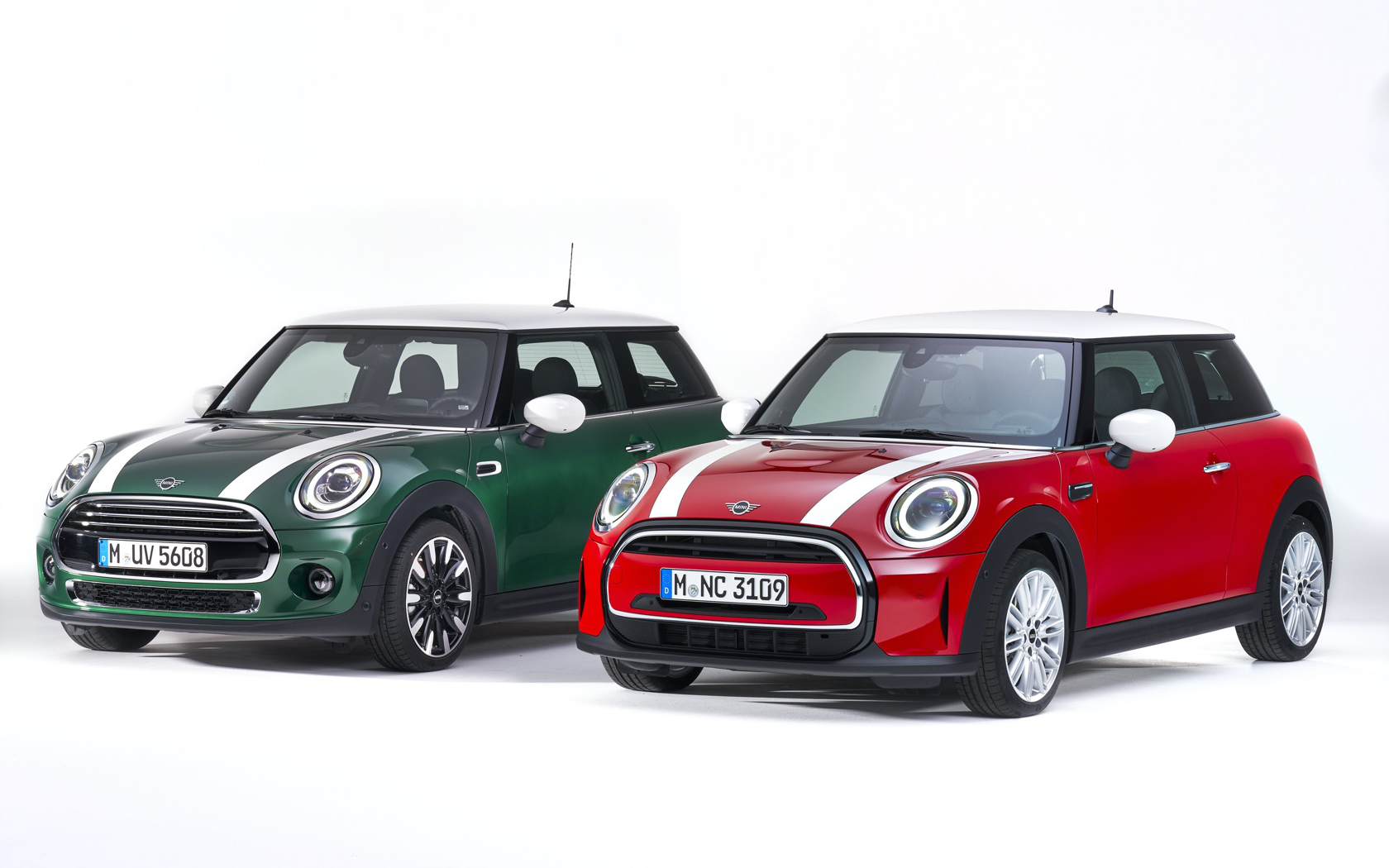 Most noticeable is the change to the bumper, with the grille insert now body-color rather than black. LED headlamps are standard, along with Union Jack taillamps. MINI has also removed the fog lamps, replacing their functionality with a new headlamp element it’s referring to as the “bad weather light” that’ll also be standard. 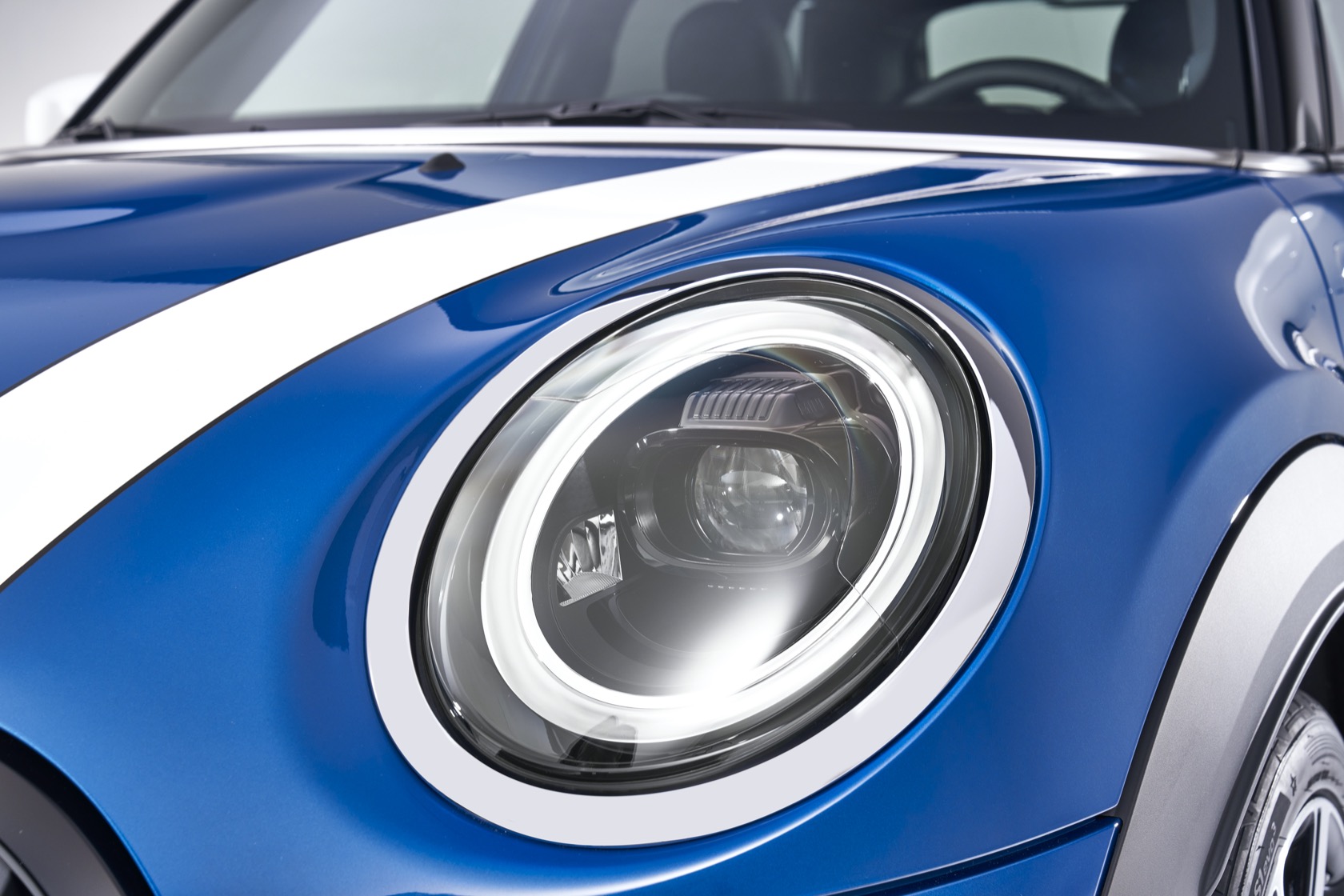 The other big change is the Multitone roof option on the 2022 MINI Hardtops. The automaker points out that it popularized the contrast-finish roof idea, something other car companies have since adopted. Now, it’s jumping ahead to this blended finish version, which transitions through light blue, dark blue, and black. MINI makes it by spraying on the different color paints while they’re all still wet, creating a unique gradient on each car. 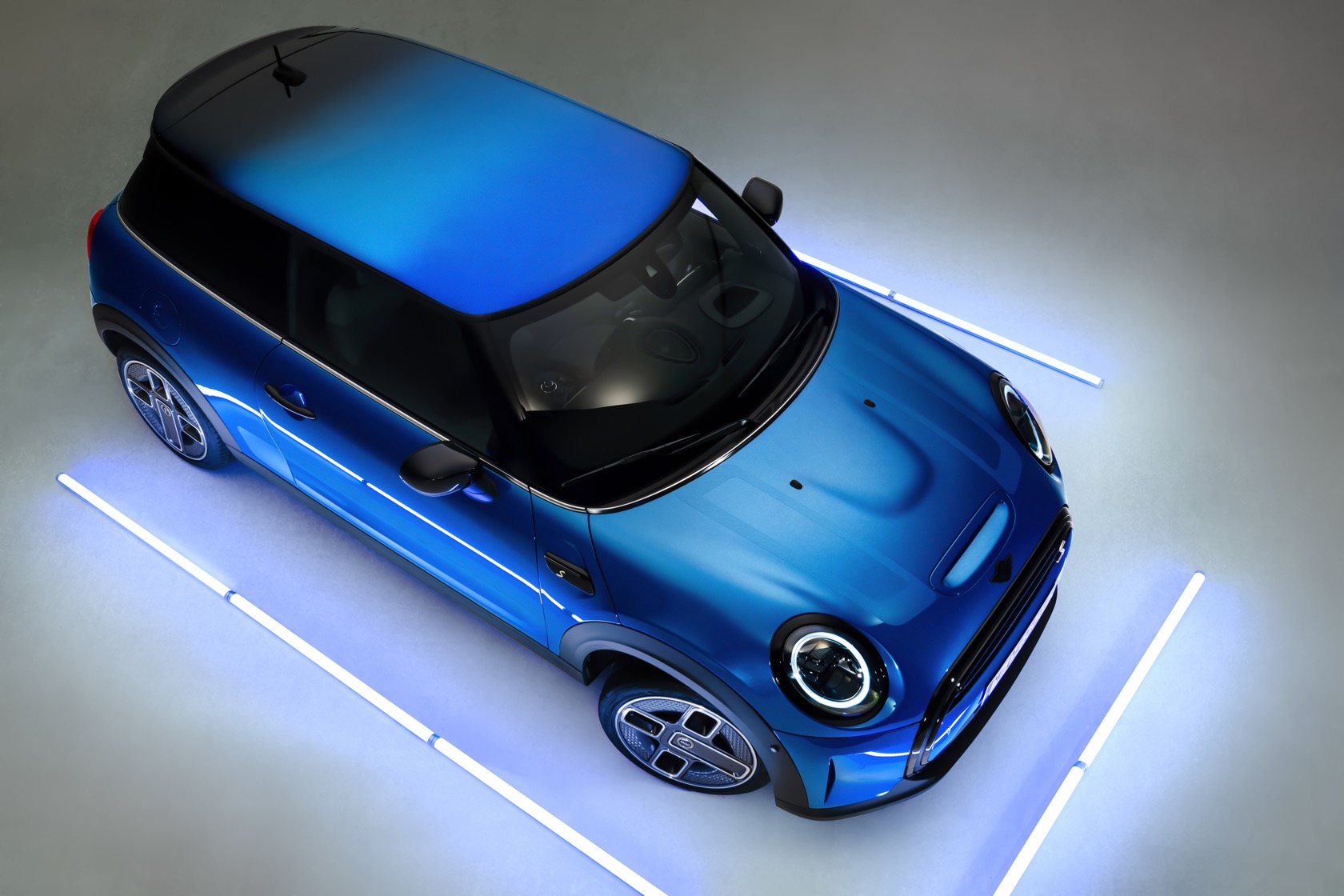 There’ll be a Gloss Black package, with piano black tailpipe finishers and the rest of the exterior chrome switched for black trim instead. New wheels are being added to the range, and there’ll be three new colors available. Rooftop Grey and Zesty Yellow are brand new, while Island Blue was previously only available on the Countryman. 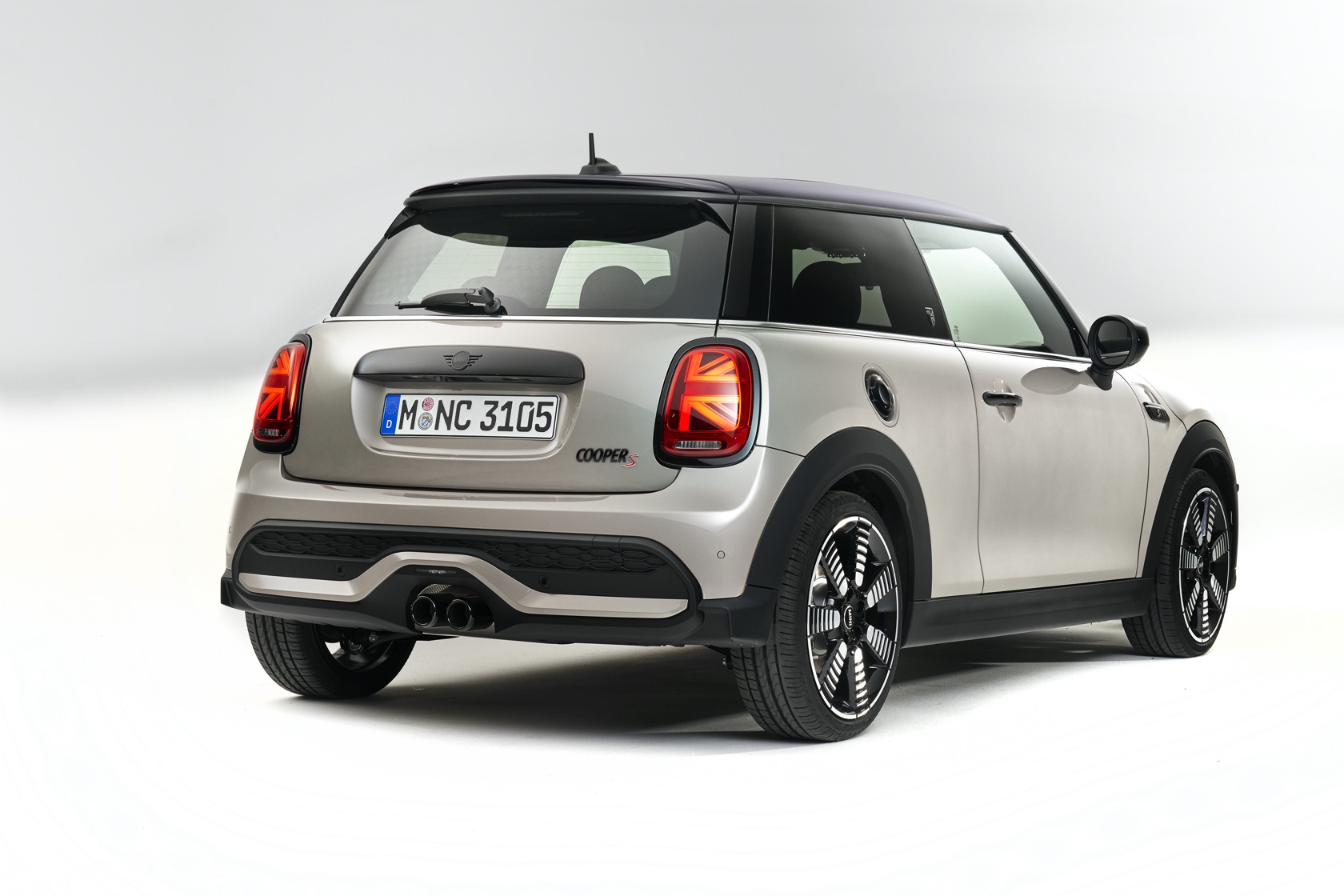 Inside, a welcome tech upgrade for the 2022 MINI

Familiar but new is the same theme inside the 2022 MINI range. There’s a new steering wheel design, with a Union Jack element at the lower spoke, and for the first time it’s available with heating too. There’s new upholstery options, including a cloth leatherette in black pearl with a light checkered finish. 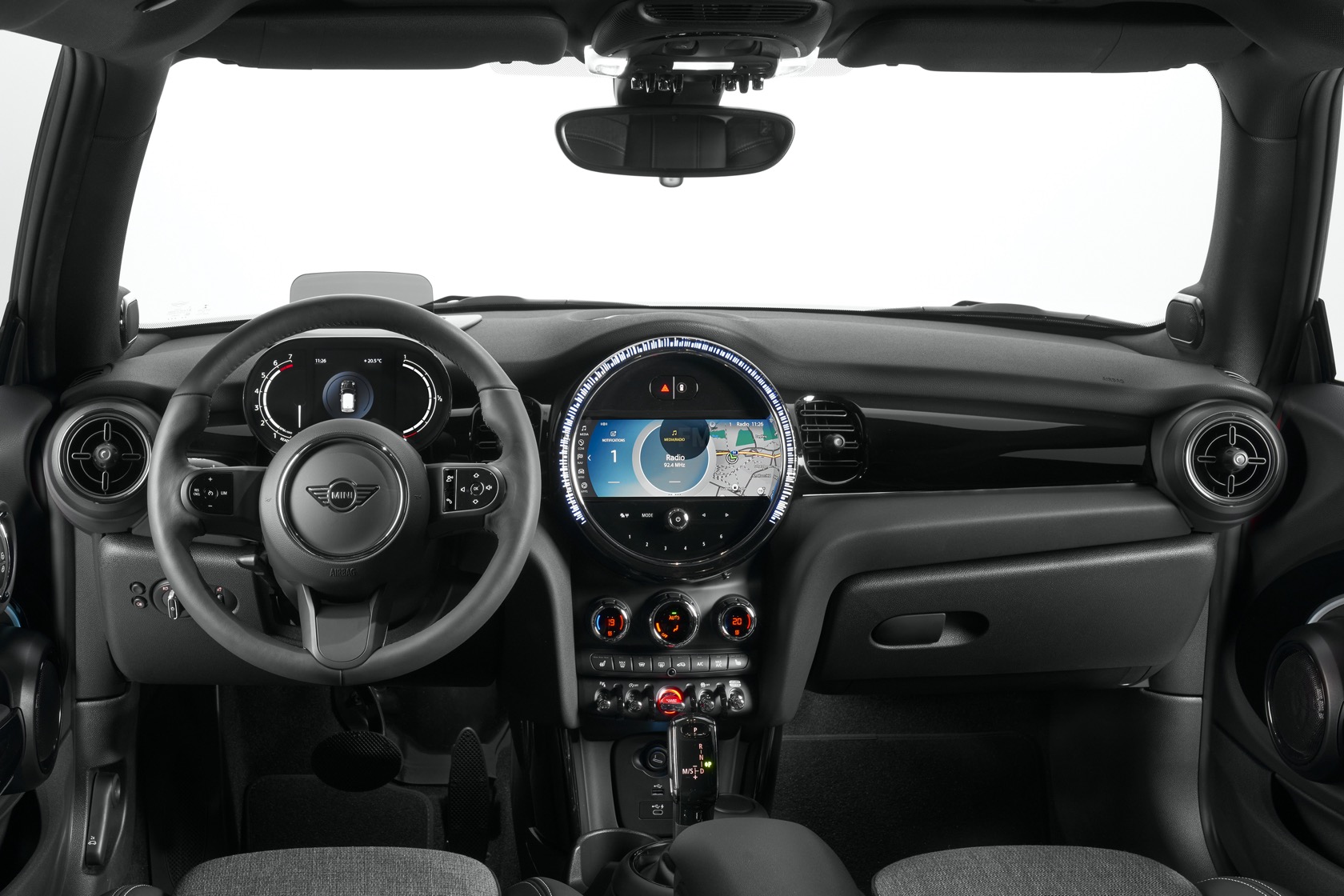 The dashboard has new surfacing and vents, and there’s new door decor. More importantly, features like SiriusXM are now standard, as is the freshly-introduced lane departure warnings. The Cooper SE’s digital instrument cluster is now standard across all of the 2022 models, as is the 8.8-inch infotainment touchscreen, replacing the old 6.5-inch version. The system gets new software and an updated interface with different UI modes, too. 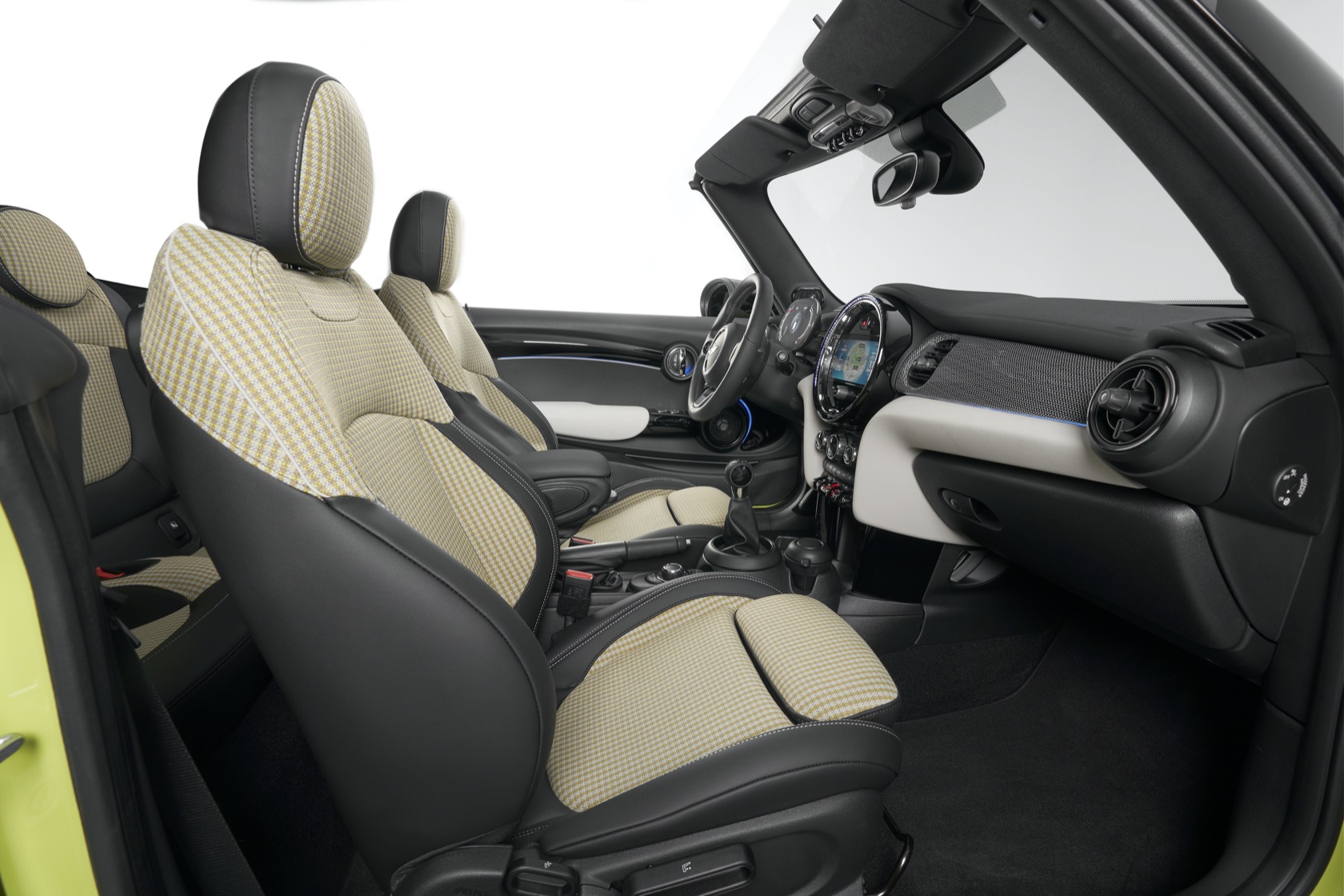 Sadly, it’s not all good news. Apple CarPlay is still an option, included in the Navigation Package. MINI says that’s because it requires different hardware, which is only installed when the nav option is fitted, but considering other automakers are making both Apple CarPlay and Android Auto standard – including MINI owner BMW, which has been pushing wireless versions of Apple’s system too – that seems like a milquetoast excuse.

All the same, though, MINI says that changes in standard equipment would generally come to around $2k in options on the old car, were everything available. However for the 2022 MINI, it’s only adding $500 to the sticker price, and even then it’s not for every trim. 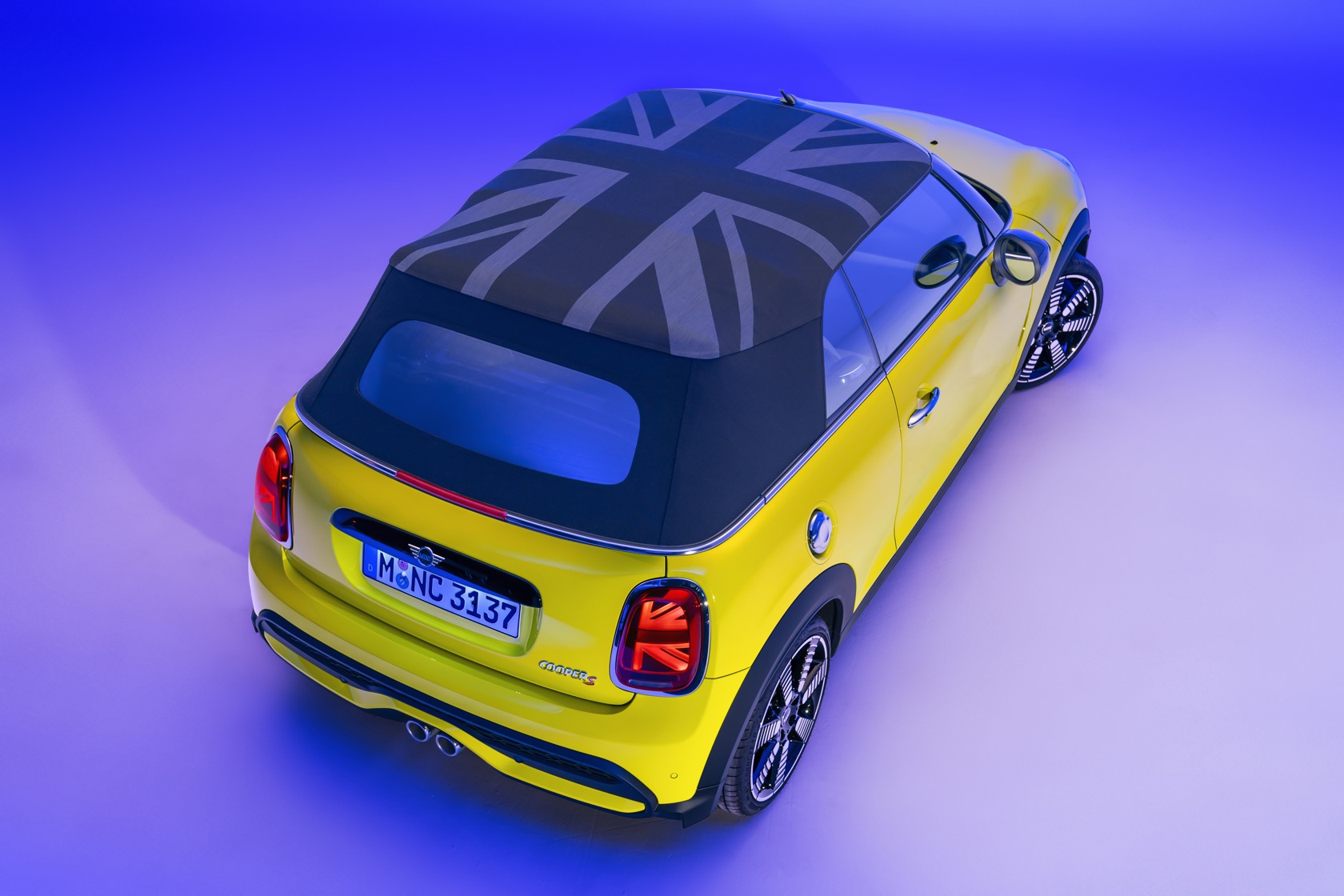 While the Classic trim of the 2022 MINI Cooper Hardtop, Cooper S Hardtop, Cooper Convertible, and Cooper S Convertible is rising by $500, the higher-spec Signature and Iconic trims are staying the same as the current car. That will affect more buyers than you might think, too, since MINI says about 60-percent of purchases are for Signature trim and about 20-percent for Iconic. 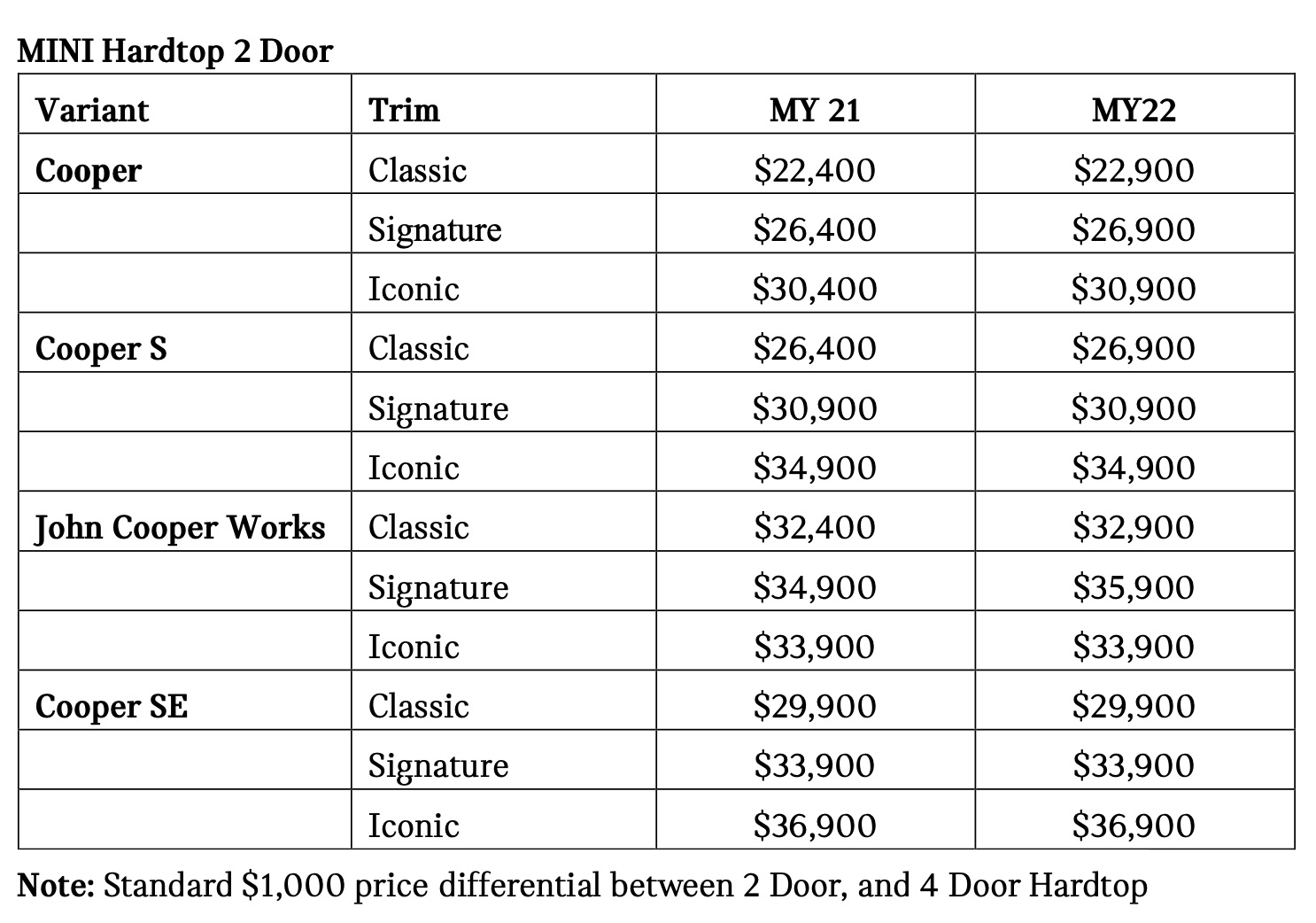 MINI is still using a 3-cylinder engine for the Cooper and a 4-cylinder version for the Cooper S, with power figures unchanged over the 2021 car. Impressively, it’ll still be offering 6-speed manual and 7-speed DCT automatic transmissions too. Destination remains at $850, while the price difference between a 2-door and a 4-door is still $1,000 where available. 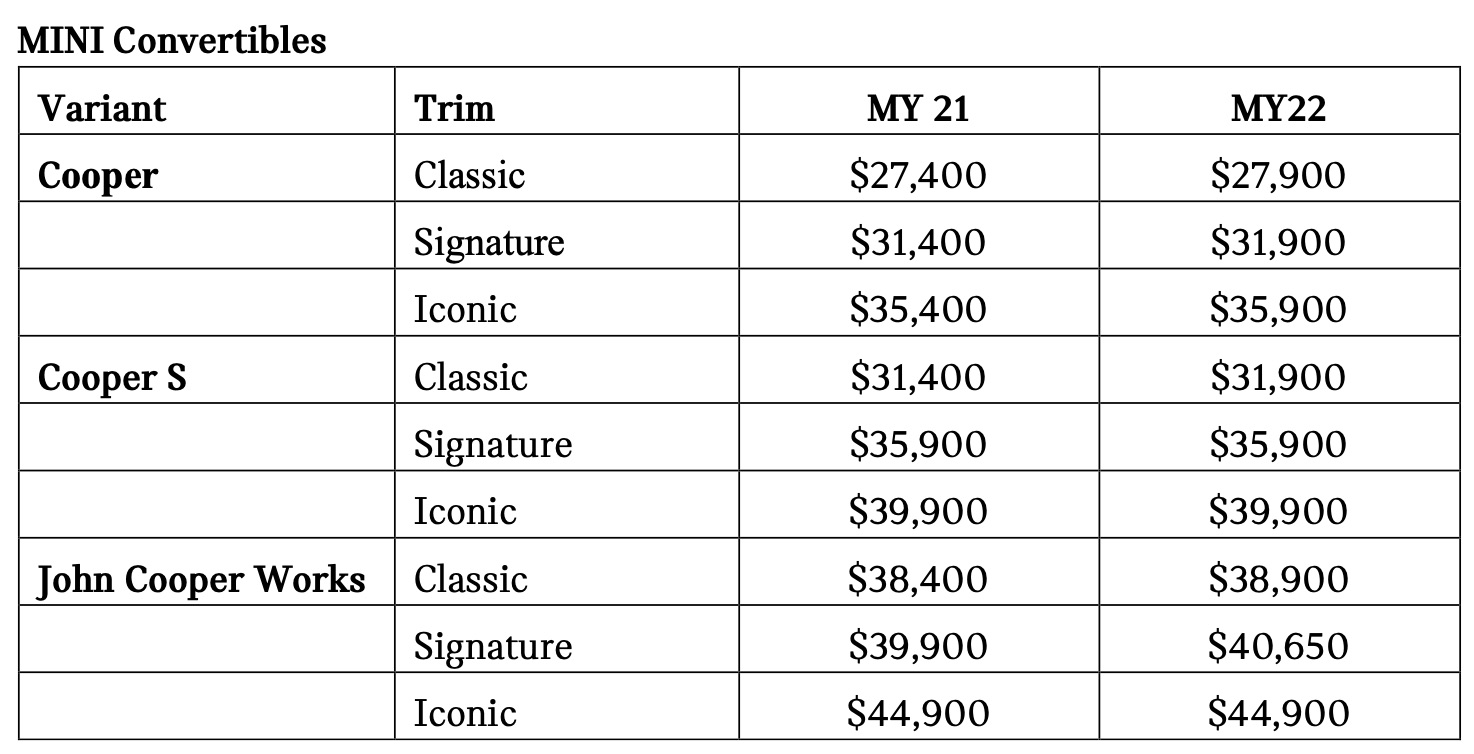 For the most potent of the range, the 2022 MINI John Cooper Works (JCW) sticks with its existing engine and a choice of 6-speed manual or 8-speed automatic transmissions. The outlier is the 2022 MINI JCW Convertible, which will only come in automatic form. 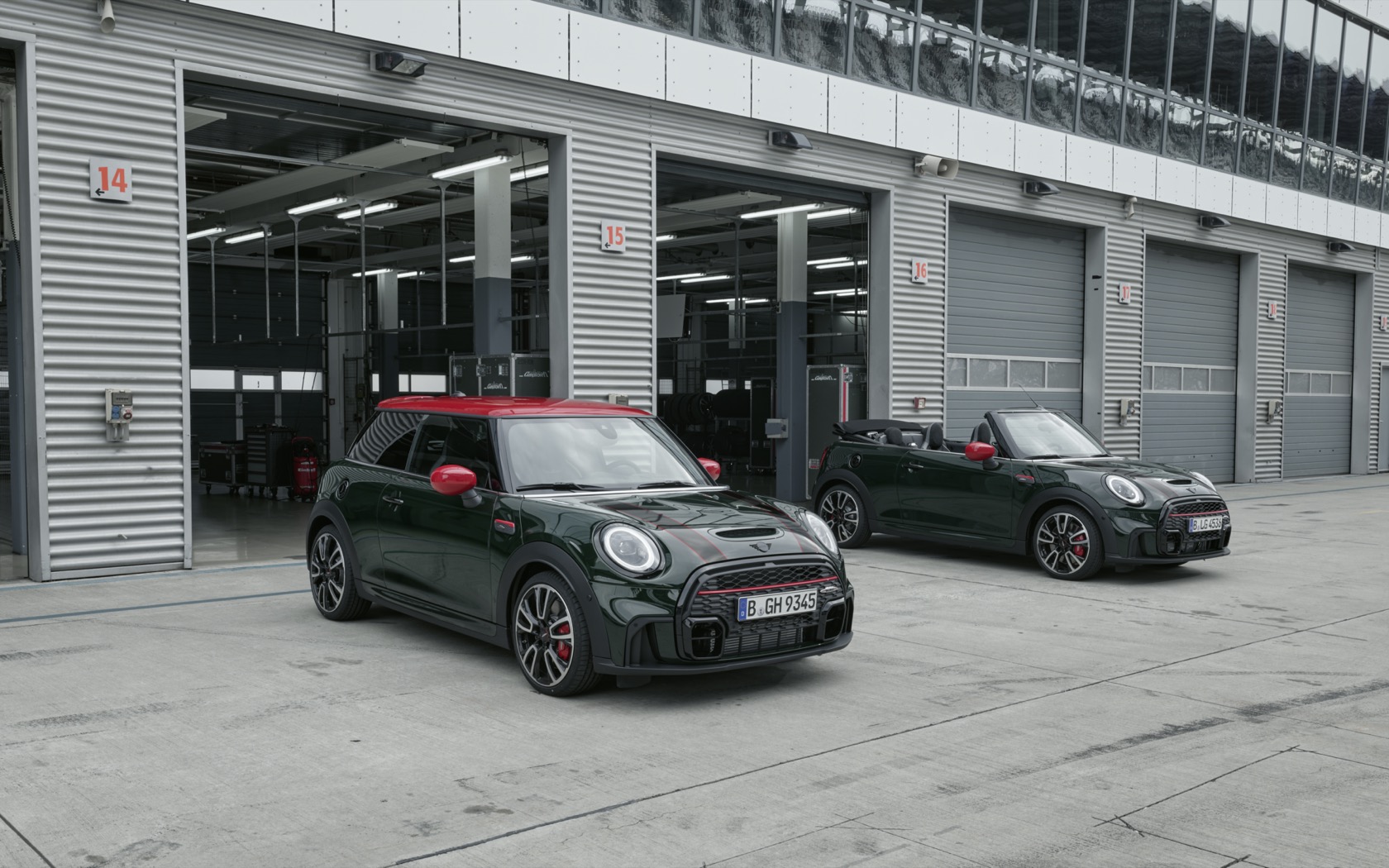 Of the line-up, the aesthetic changes are probably most aggressive on the MINI JCW. The front gets reworked air intakes, both in the reshaped grille and outside it, and there are new mesh elements. The rear, meanwhile, has a larger black section and mesh, plus a new diffuser. 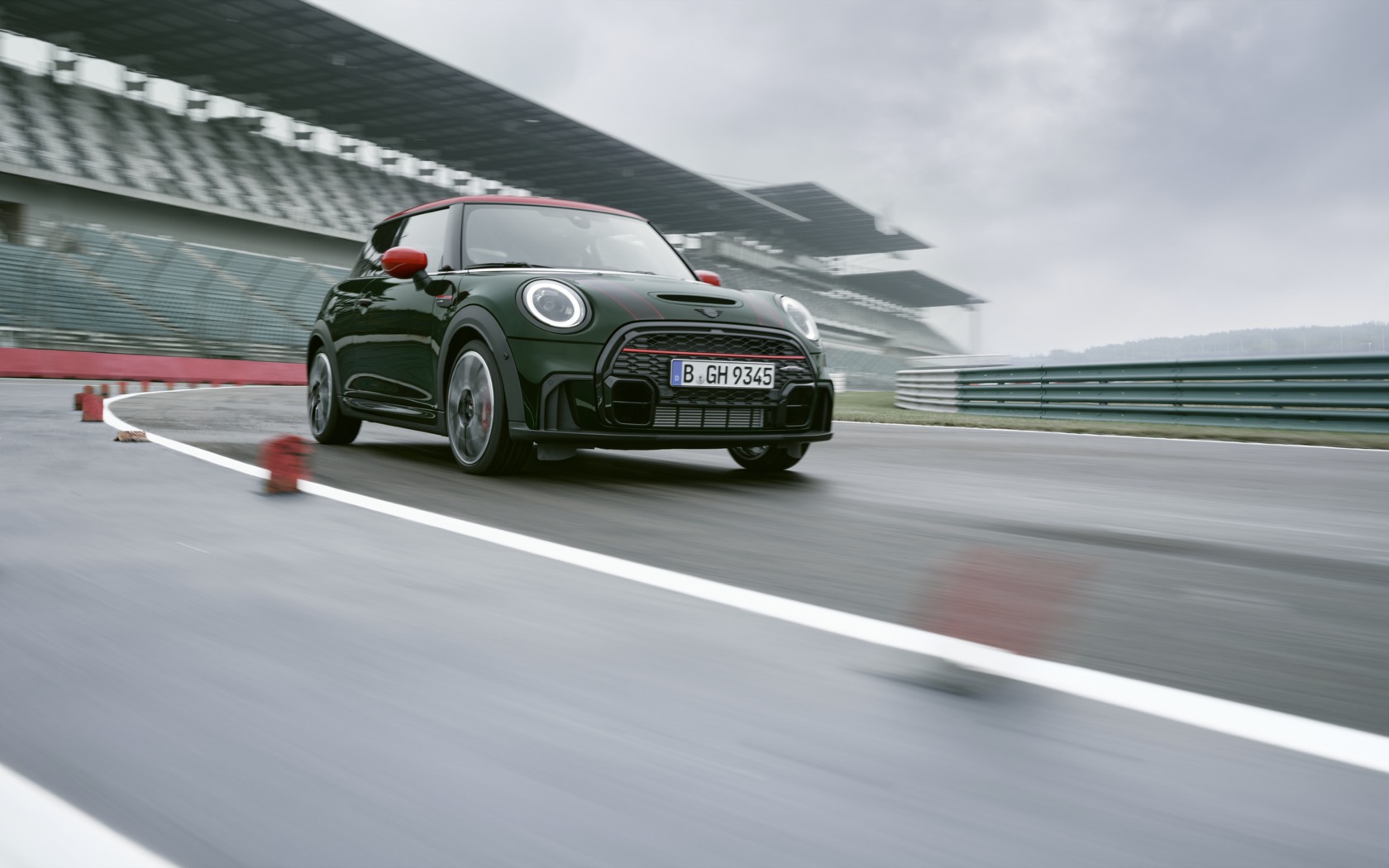 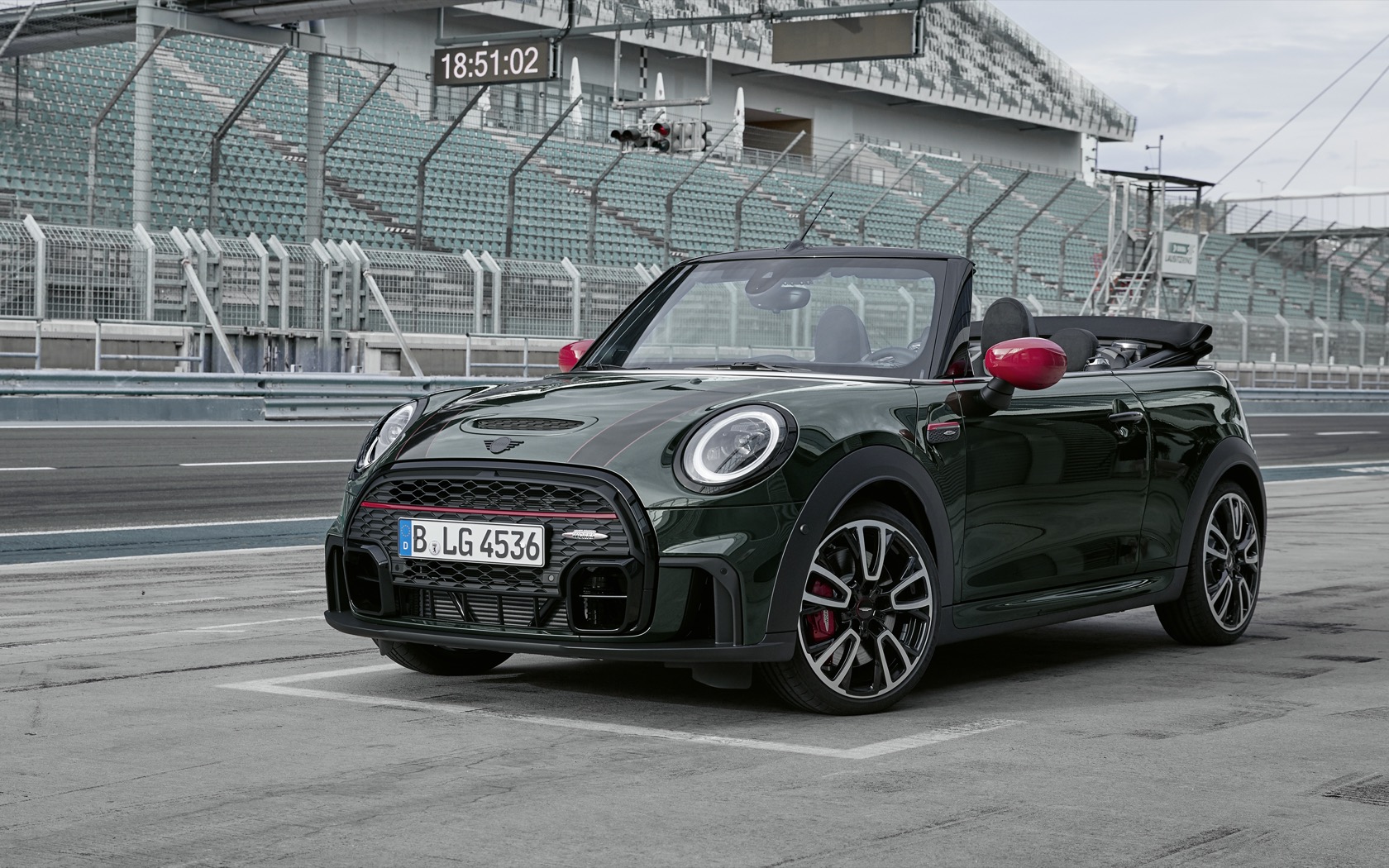 MINI says the change in pricing reflects bigger increases in standard equipment across the John Cooper Works trims. The car gets the same infotainment and dashboard upgrades as the rest of the 2022 MINI models.

MINI’s electric Cooper SE has been an unexpected hit, with the automaker expecting 7-8 percent of sales in 2021 to be its EV model. That’s despite still having no plans to offer it as a 4-door: though that’s been discussed, MINI execs say, for now it’s sticking with the 2-door body style. 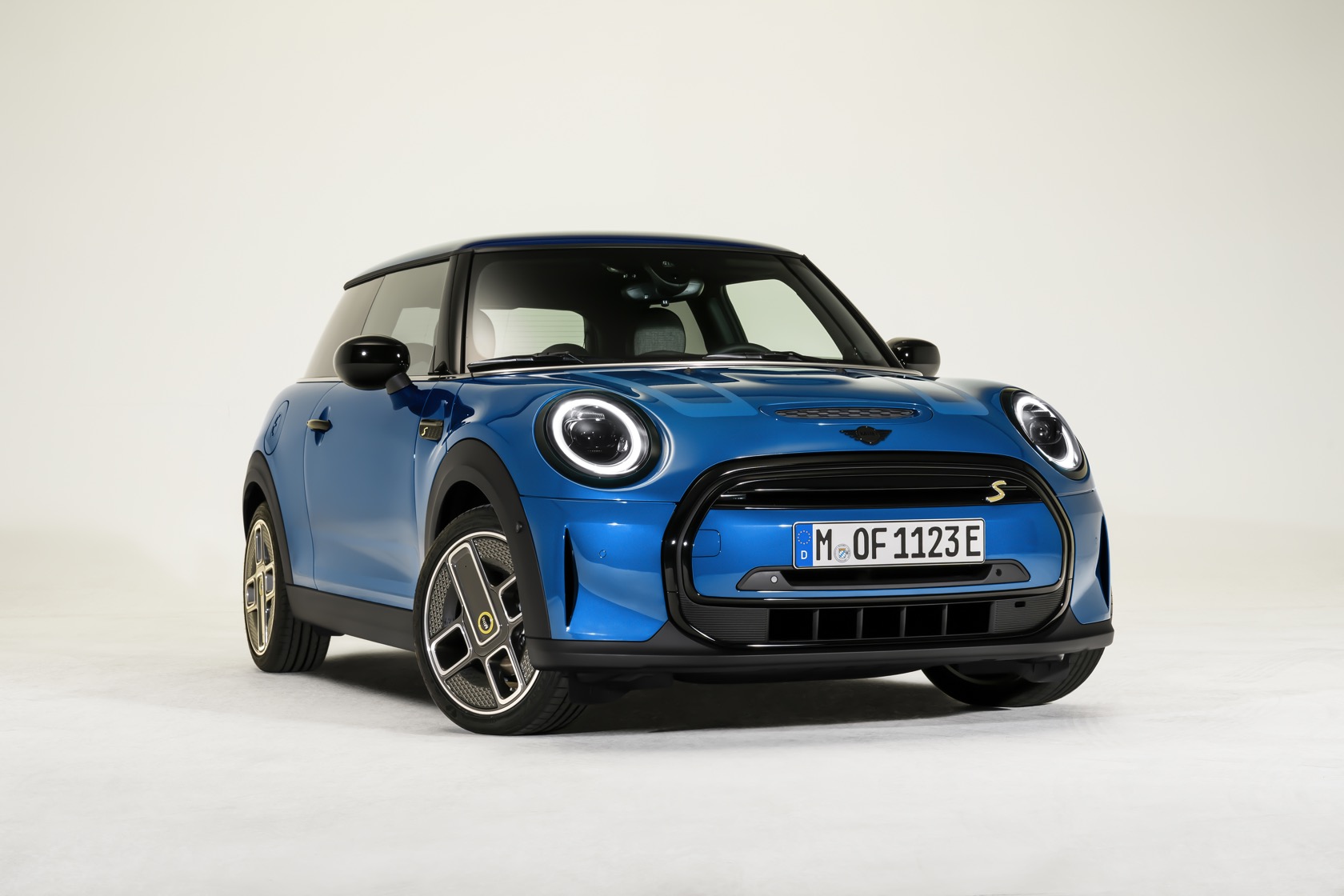 Like the rest of the MY22 range, the new Cooper SE gets an updated exterior, with the new front and rear bumpers, side scuttles and front grille, and the option of a Multitone roof. However the radiator grille is closed off, and there’s a yellow-accented “S” together with new 16- and 17-inch wheel options. 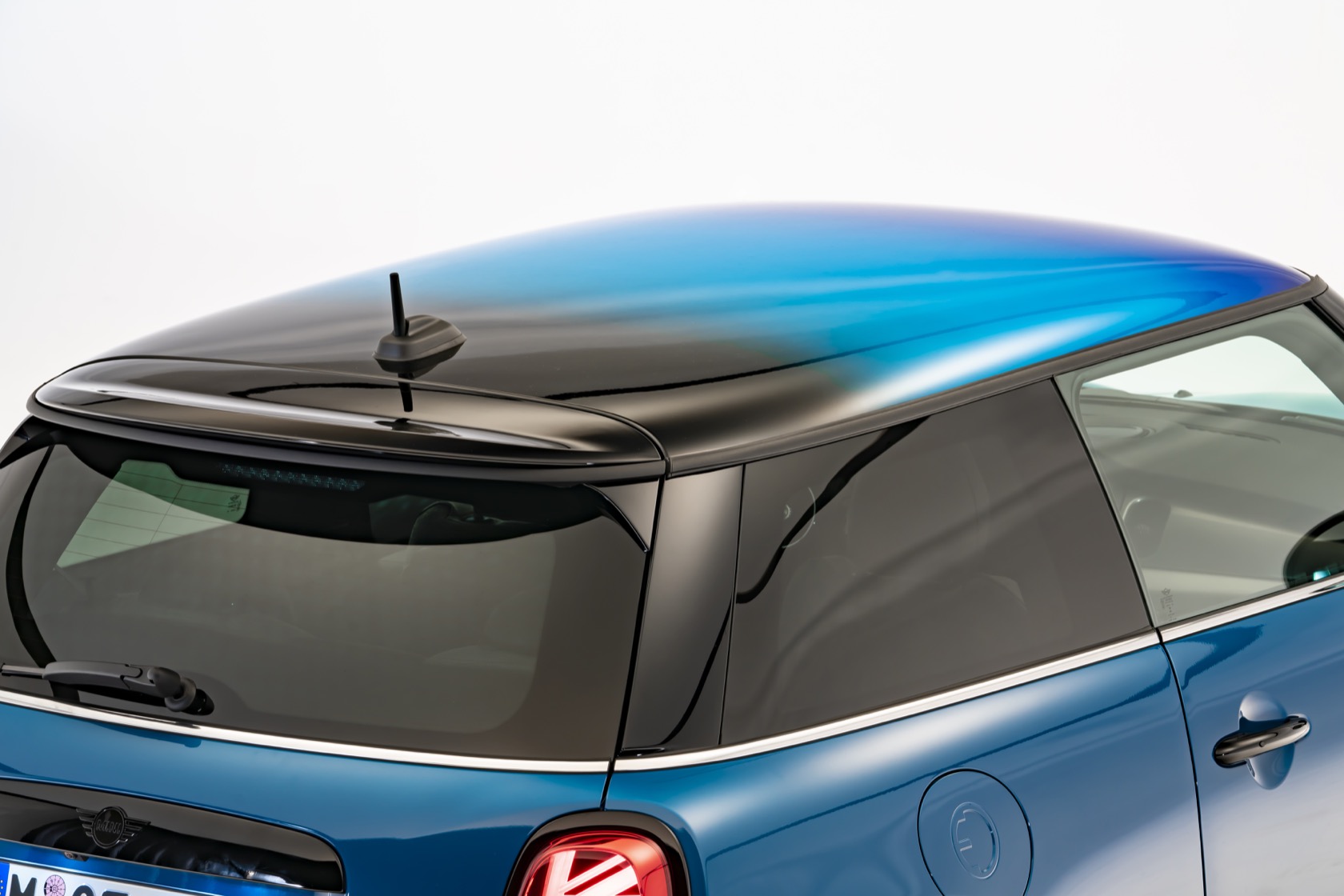 What’s particularly noticeable is just how close the 2022 MINI Cooper SE looks to its gas brethren now. That, the automaker says, was also intentional: it’s trying to remove the gap in positioning, and make the decision to go SE or Cooper S one merely of how you want to refuel. Drivetrain remains the same, and 0-60 mph still comes in 6.9 seconds with around 110 miles of range on a full charge. 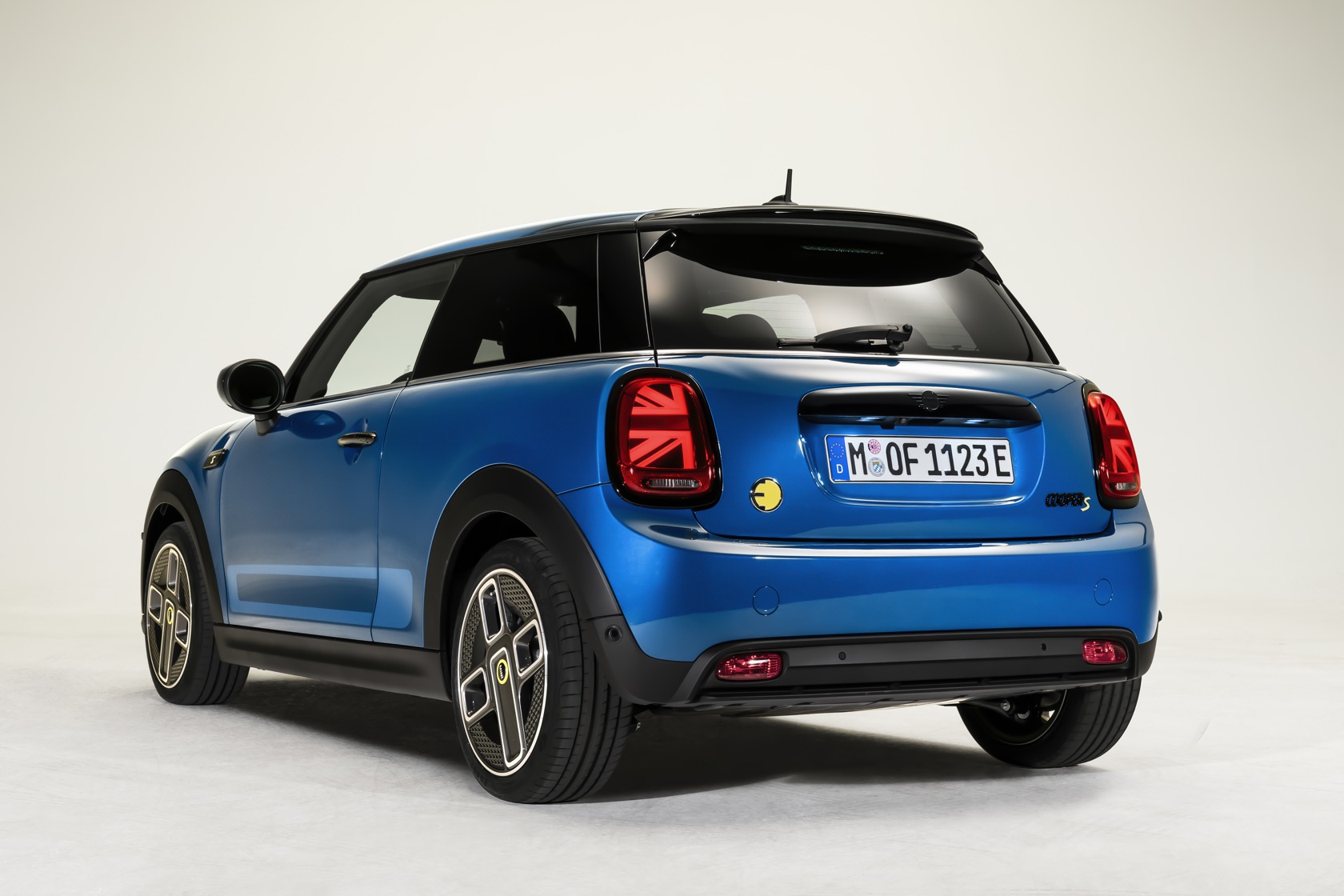