German automaker BMW is cooking up a storm at this year’s Monterey Car Week at Pebble Beach by unveiling its latest customer racing car: the M4 GT3. With its plethora of aero appendages and that magnificent rear wing, it’s clear the M4 GT3 belongs on the racetrack. Based on a 2021 BMW M4 Competition Coupe, the newest M4 GT3 replaces the M6 GT3, and is the latest member of BMW’s race-only portfolio, joining the M2 CS Racing, M8 GTE, and the M4 GT4.

“The new BMW M4 Competition provides the perfect basis for the BMW M4 GT3, whose engine was designed from the outset for use a the racetrack,” said Markus Flasch, CEO of BMW M GmbH. The roadgoing M4 Competition Coupe is a spicier and flashier version of a standard M4. It has a 3.0-liter twin-turbocharged inline six-cylinder engine with an optimized cylinder head design and a forged crankshaft, pumping out 503 horsepower and 479 pound-feet of torque. 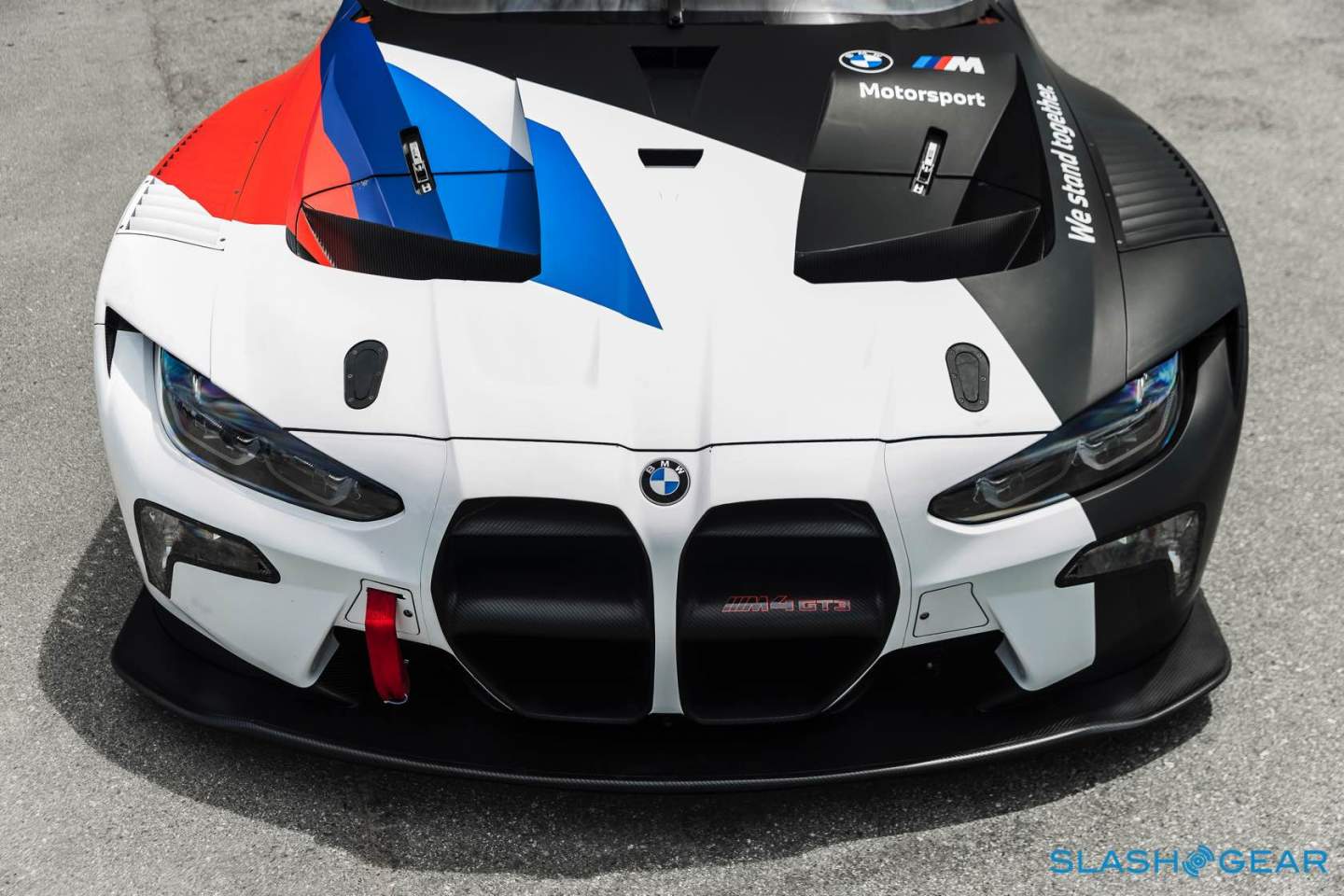 That’s enough to propel the car from zero to 60 mph in 3.8 seconds. However, the focus for BMW’s engineers went beyond just outright speed: instead, the trio of goals included driveability, operation, and cost-efficiency. The latter is critical as longer maintenance intervals and lower lifecycle costs for the engine and transmission are crucial to winning races and keeping your racing team afloat. 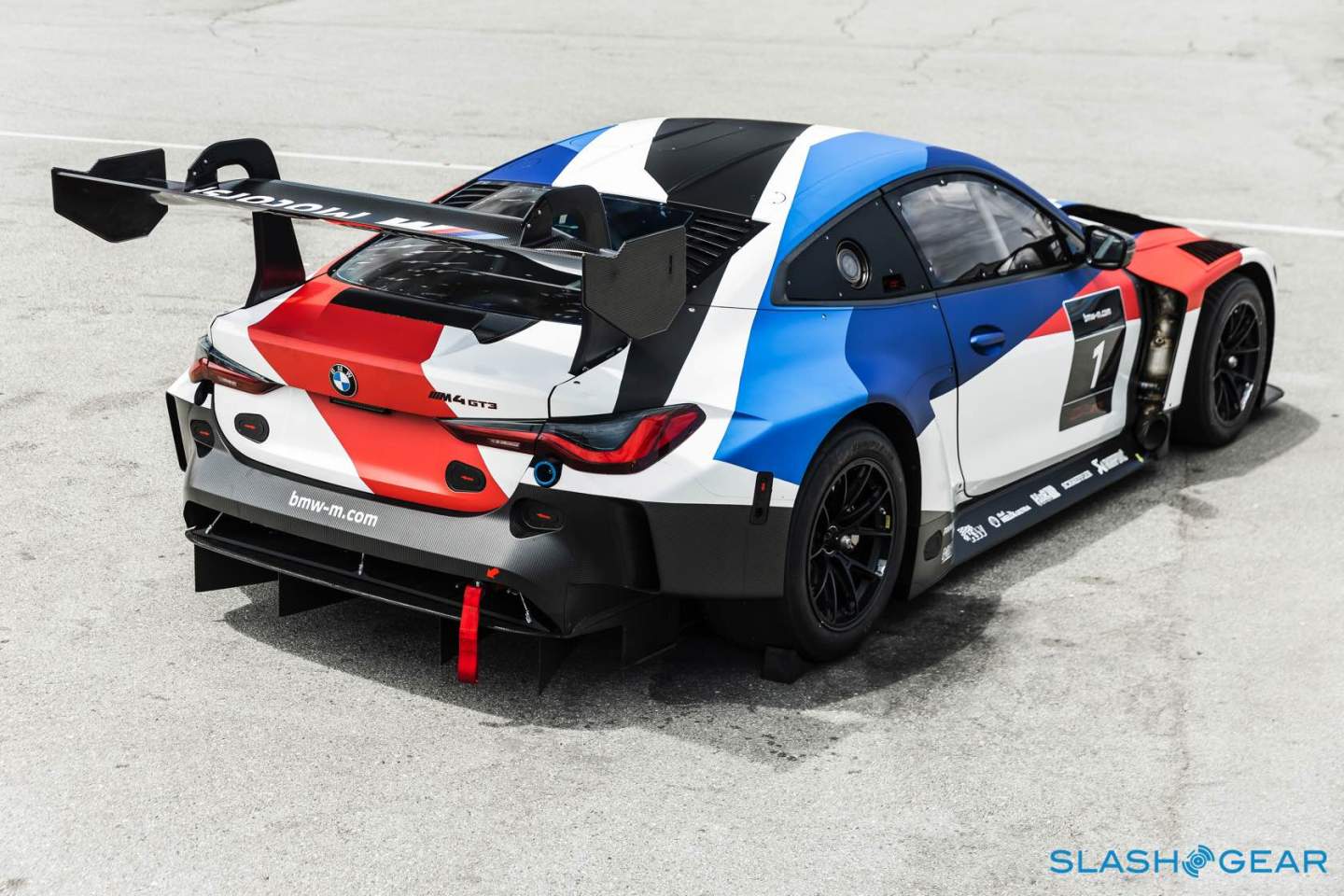 All told, the revised inline-six is 40 kilos (88 pounds) lighter than the V8 motor in the outgoing M6 GT3, despite churning out more power. “This underlines how road car and race car development always go hand in hand at BMW M GmbH,” added Flasch.

The BMW M4 GT3 has up to 590 horses and 516 pound-feet ready for disposal, making it the most potent straight-six engine ever fitted to a BMW racing car. Power goes exclusively to the rear wheels via an Xtrac sequential six-speed electrohydraulic transaxle gearbox with steering-mounted paddle shifters, a revised version of the BMW M8 GTE’s racing-tuned gearbox. On the styling front, it has the presence to match its newfound sense of power. 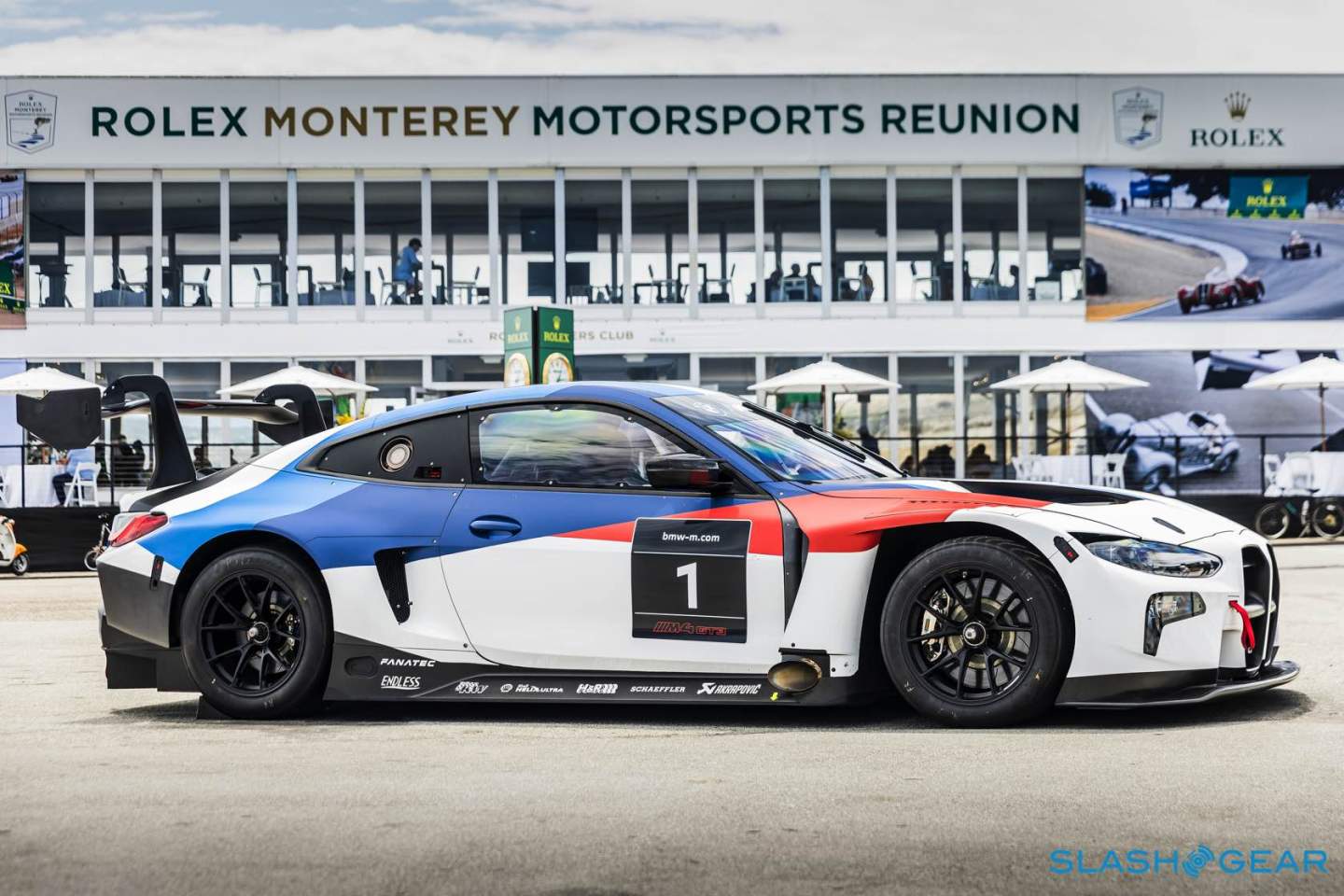 The M4 GT3 is three inches wider on each side than a stock M4 Competition Coupe, but it has the same oversized kidney grille design that draws praise or criticism depending on who you ask. However, I’m of a mind that those colossal kidney grilles look pretty fantastic in the M4 GT3. 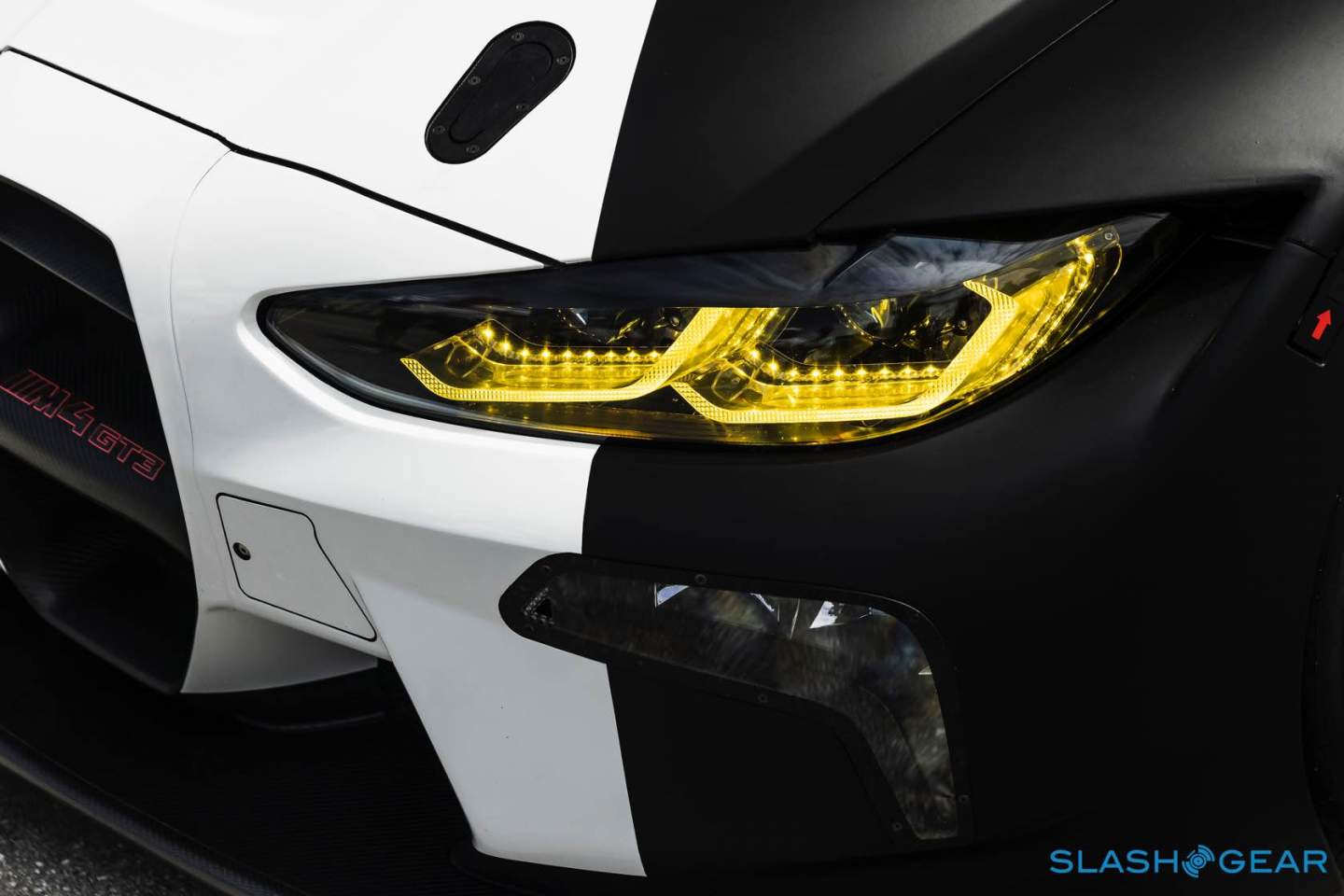 As for the cabin, that has its fair share of quirks. Standard in the BMW M4 GT3 is a new air-conditioning system that offers twice the cooling power as the M6 GT3. It also has a new steering wheel developed in conjunction with German sim racing manufacturer Fanatec. It’s the first of its kind that functions in both the real and virtual world (unless you count Bentley’s Fanatec steering wheel for the Continental GT3 Pikes Peak racing car), complete with the requisite buttons and switches to adjust the radio, anti-lock brakes, traction control, windscreen wipers, and drink system on the fly. 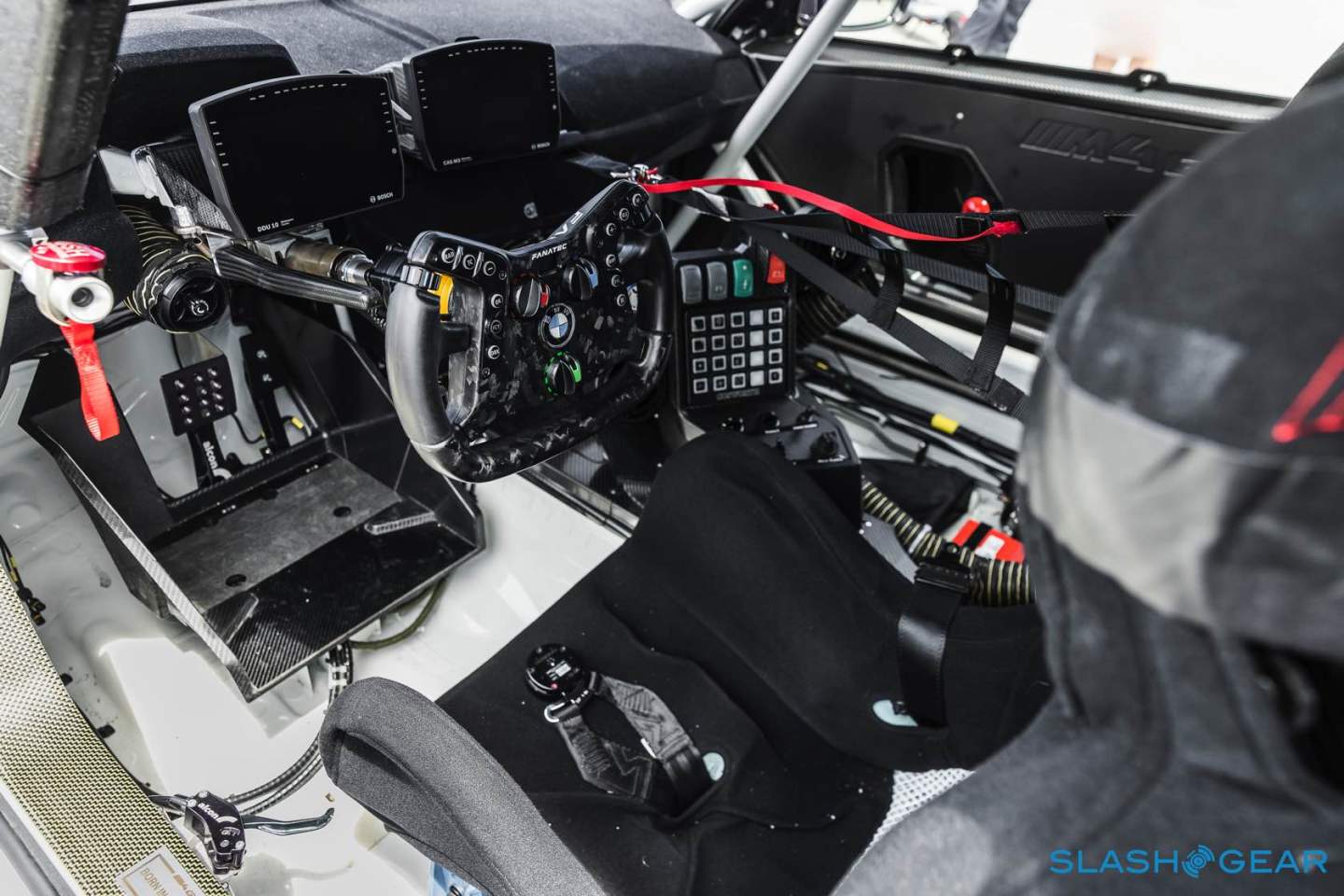 The all-new BMW M4 GT3 is in its final testing phases, the automaker says, after logging more than 14,000 test kilometers since its initial rollout in July of 2020. The M4 GTS can compete in various North American racing series like the GT Daytona and GT Daytona Pro Classes of the IWSA WeatheTech SportsCar Championship, SRO GT America, and the GT Class of the SRO Fanatec GT World Challenge America powered by AWS. Also present at BMW’s stall at Monterey Car Week are the 2022 Alpina B8 Gran Coupe, the M5 CS, and the gorgeous M4 Convertible. That Alpina, in particular, deserves special mention for its exclusivity and majestic presence: a 4.4-liter bi-turbo V8 engine with 612 horsepower and 590 pound-feet of torque is enough to propel it from zero to 60 mph in 3.3 seconds and on to a top speed of 201 mph. 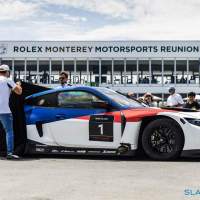 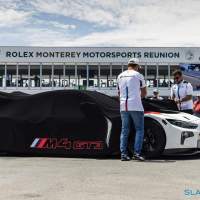 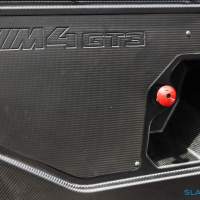 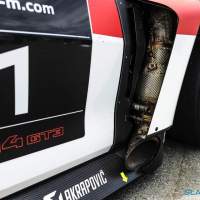 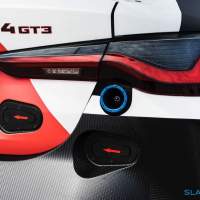 The race-ready BMW M4 GT3 starts at $530,000. For $55,000 more, the Competition Package adds niceties like a second set of wheels, tire pressure monitoring with eight sensors, additional headlights, backlit door numbers, a rearview camera, and a day’s worth of training on the BMW M Motorsport M4 GT3 simulator to sharpen your skills. You still have time to practice (and search for a sponsor) before the first deliveries arrive in early 2022.