BMW promised something big for its all-electric sedan, and those looking to cross-shop their Tesla Model S may want to consider Bavaria with the 2022 i4 getting priced up today. Headed to dealerships in Q1 2022, there’ll be two versions of the EV initially: the 2022 i4 eDrive40, and the 2022 i4 M50.

The i4 eDrive40 will have rear-wheel drive – using an electric motor on the rear axle – and 335 horsepower to play with. BMW is estimating up to 300 miles on the EPA’s test cycle. 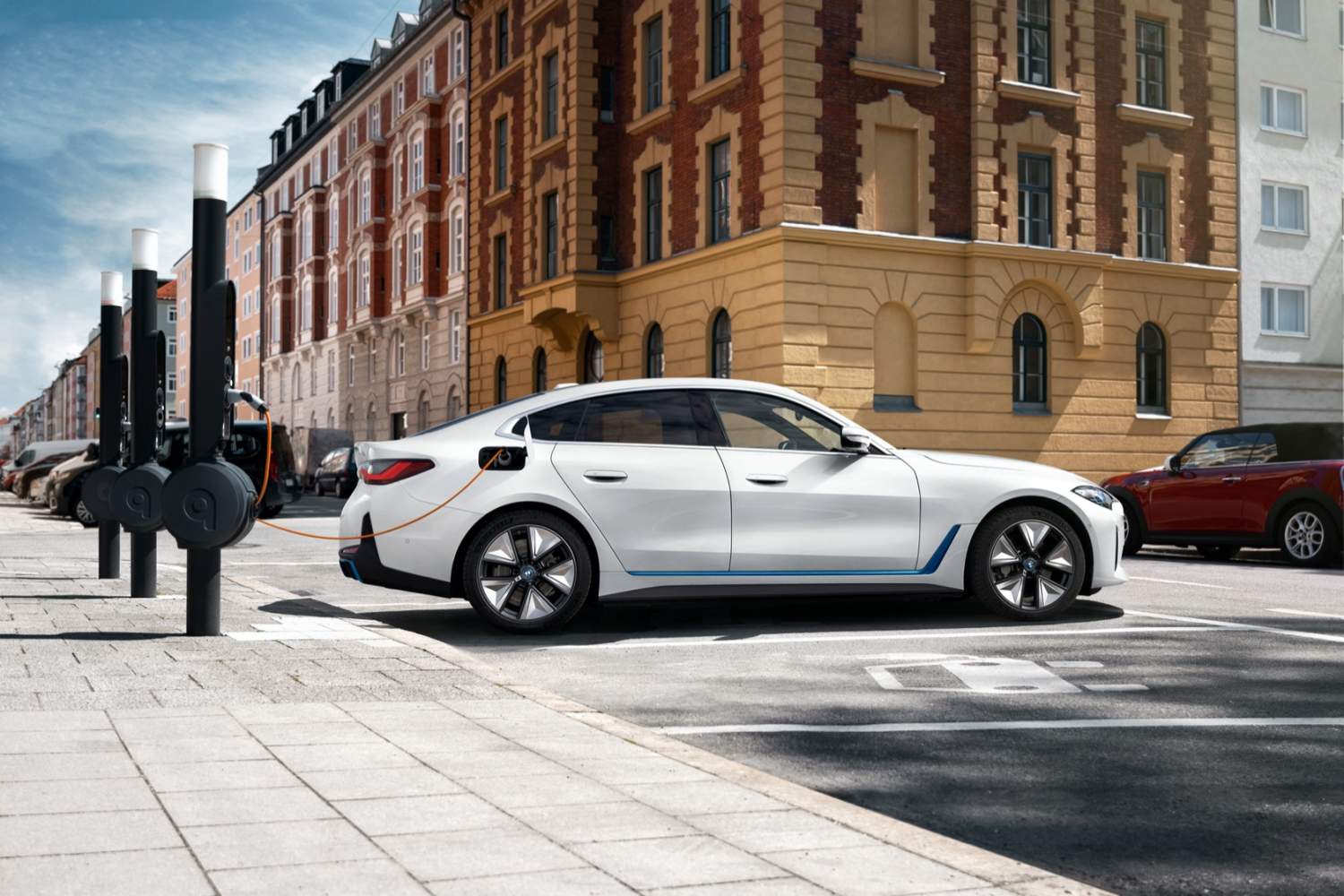 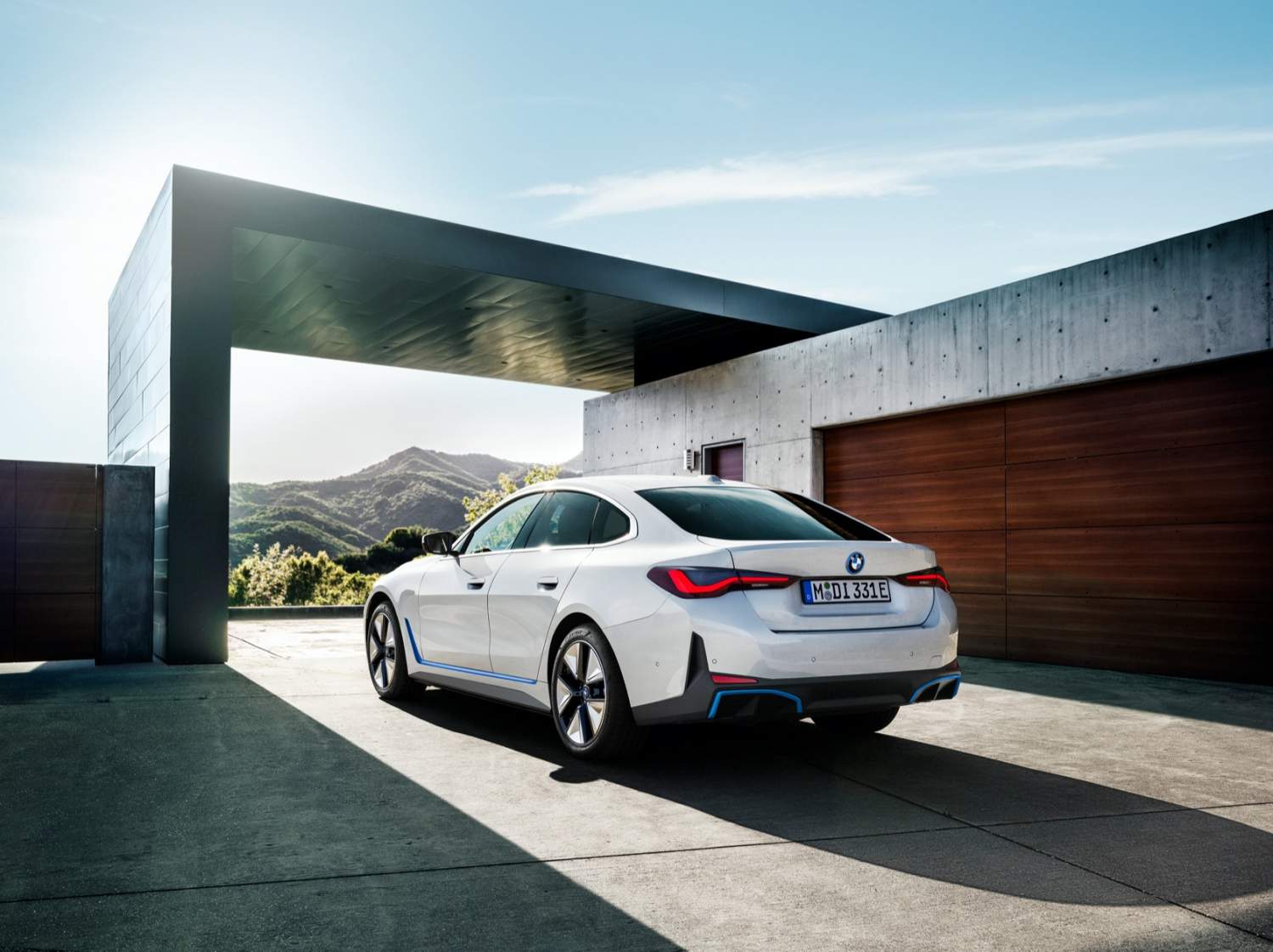 For the i4 M50, meanwhile, there’ll be standard all-wheel drive using electric motors on the front and rear axles. In total, you’ll have 536 horsepower and 586 lb-ft of torque, which BMW says is good for a 0-62 mph time of 3.9 seconds. Top speed is 140 mph, and EPA estimated range is 245 miles. 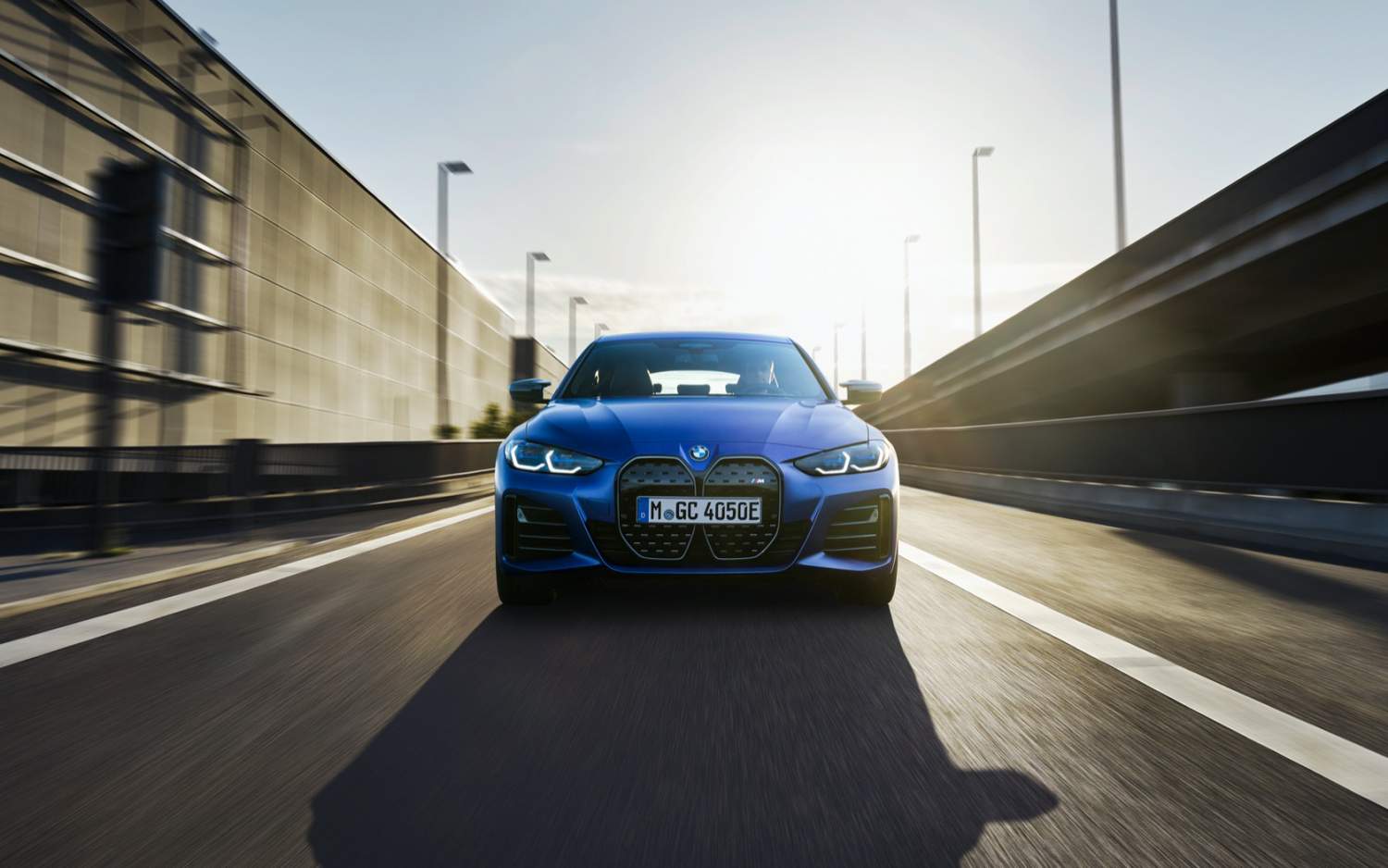 Both use BMW’s fifth-generation eDrive system, which packages together the motors, electronics, charging system, and battery. Both versions use an 84 kWh battery pack, slung low under the cabin; there’s 11 kW Level 2 charging for when you’re at home, and up to 200 kW DC fast charging for on the move. 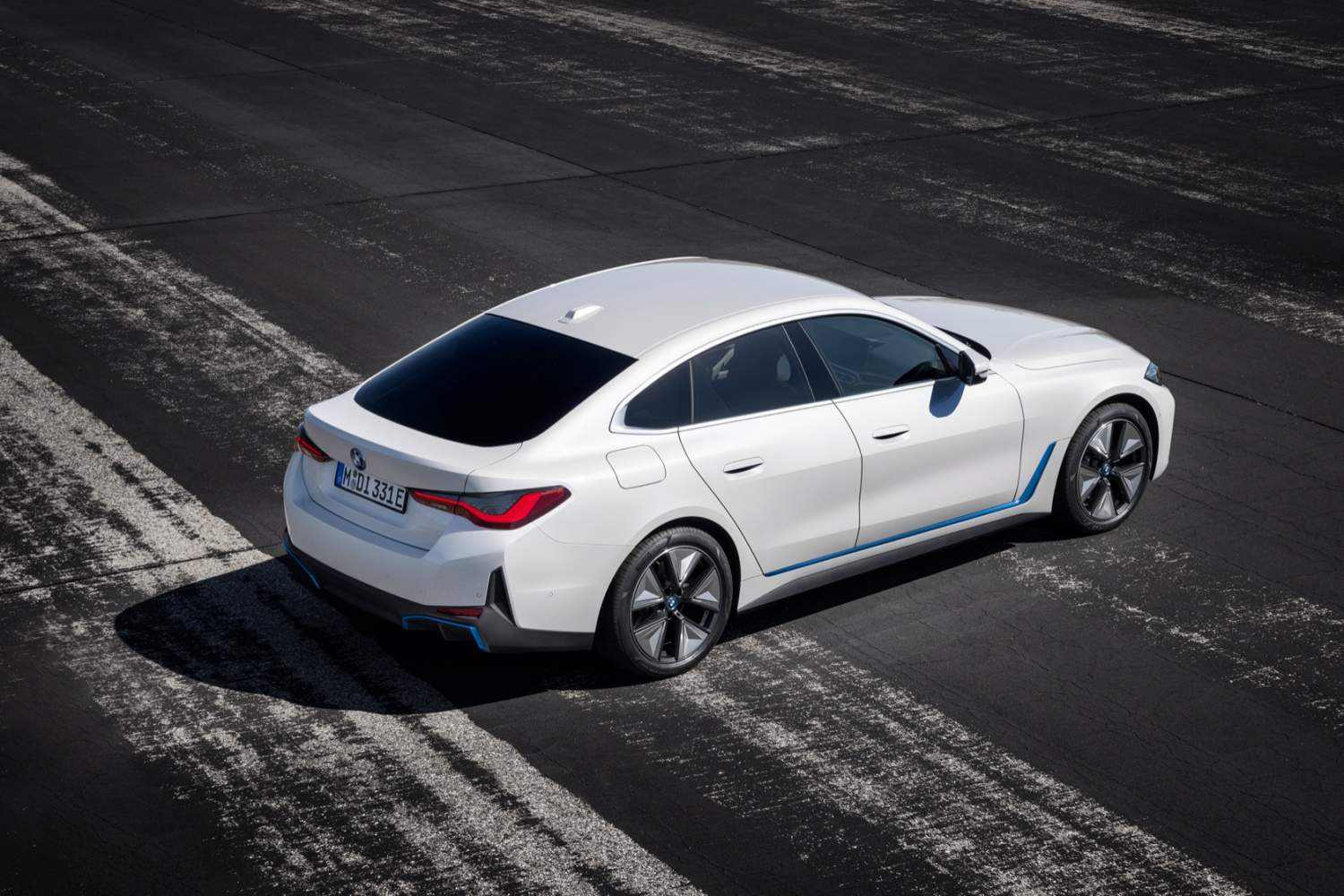 As with the BMW iX electric SUV, BMW has partnered with EVgo for DC fast charging in the US. Buyers of the i4 will get $100 in credit to use, and there’ll be access to real-time charger status, along with controls around charging sessions, from the BMW companion app. On a 200 kW charger, you’re looking at 90 miles added in 10 minutes.

Both cars use a new near-actuator wheel slip limitation system on their electric motors. That allows the car to figure out the best power delivery, depending on whether you’re going for performance driving or you want economy. The i4 M50 gets Launch Control, too, plus a Sport Boost feature which squeezes an extra 67 hp and 48 lb-ft for over 10 seconds. 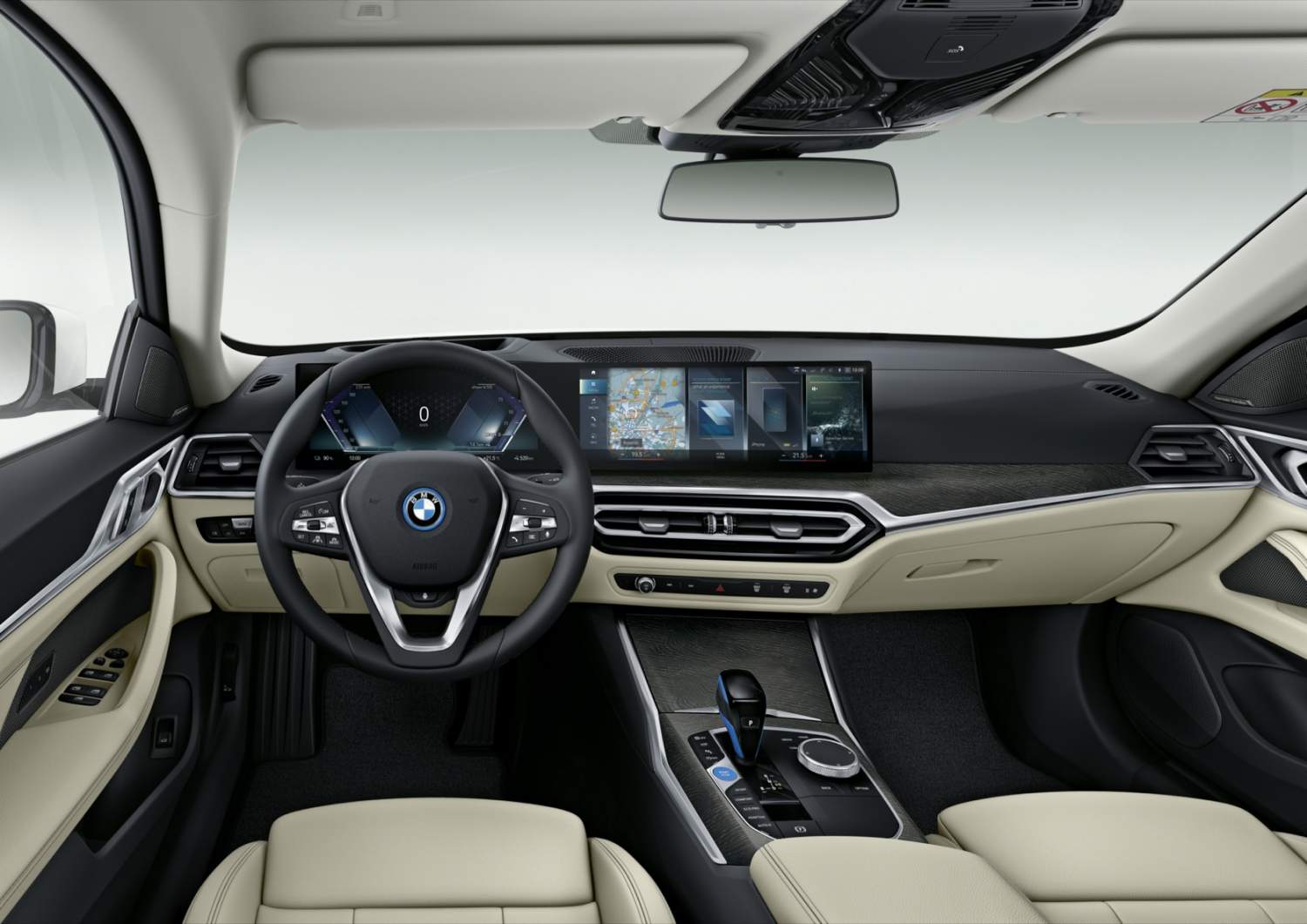 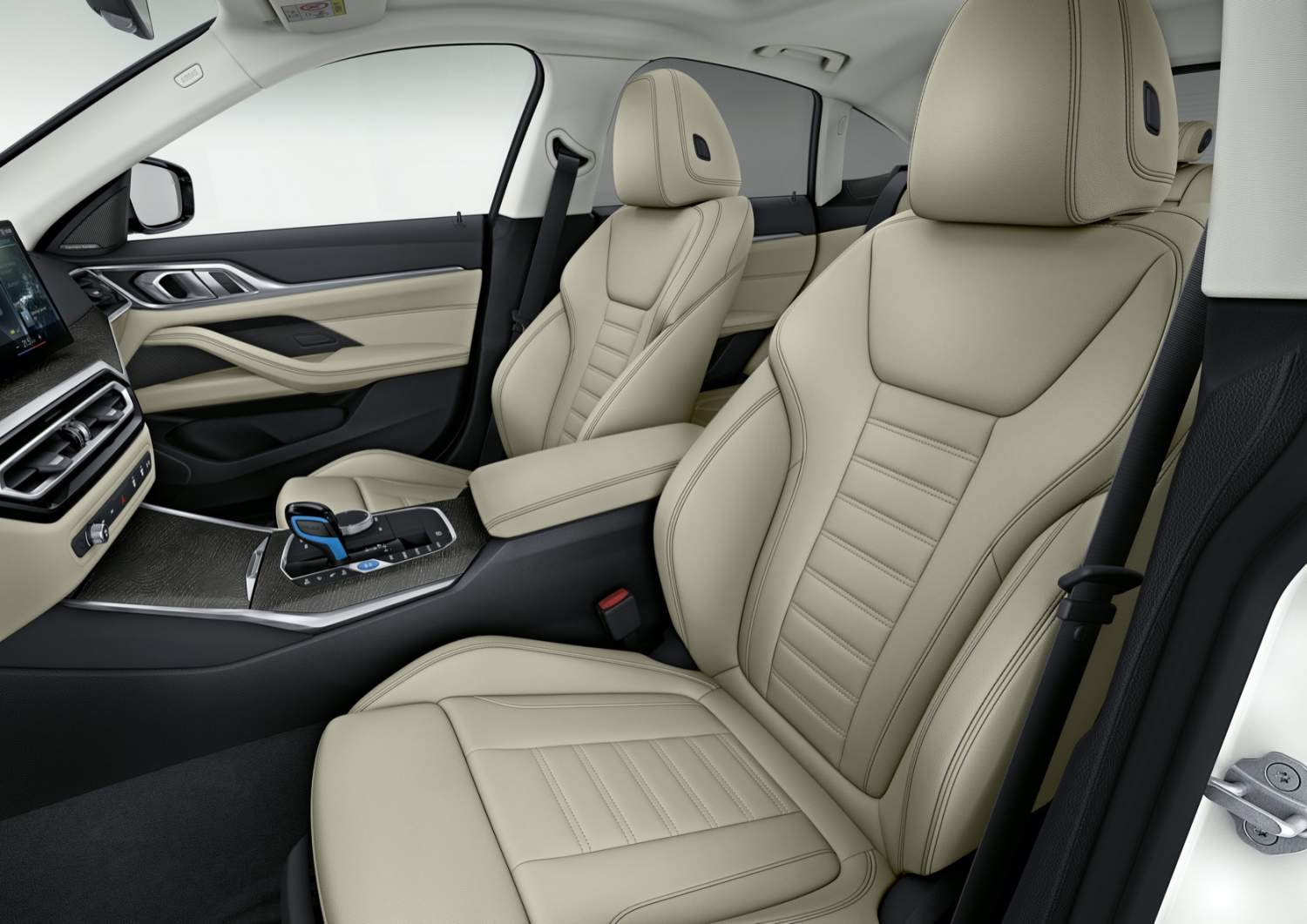 Outside, there’s a large kidney grille – here blocked out, and hiding the ultrasonic and radar sensors – and slimline LED headlamps. At the rear, there’s a more streamlined bumper, and the reversing camera is hidden in the BMW logo.

Inside, meanwhile, gets a sleeker dashboard than most of BMW’s current range. Not quite as big a departure as in the iX, it nonetheless features a 12.3-inch driver display and a 14.9-inch central screen for the iDrive 8 infotainment system. Three-zone climate control – with nanofiber filtration – is standard, as is a glass sunroof and a 205W audio system. A 464W version is optional. There’s also an optional head-up display. 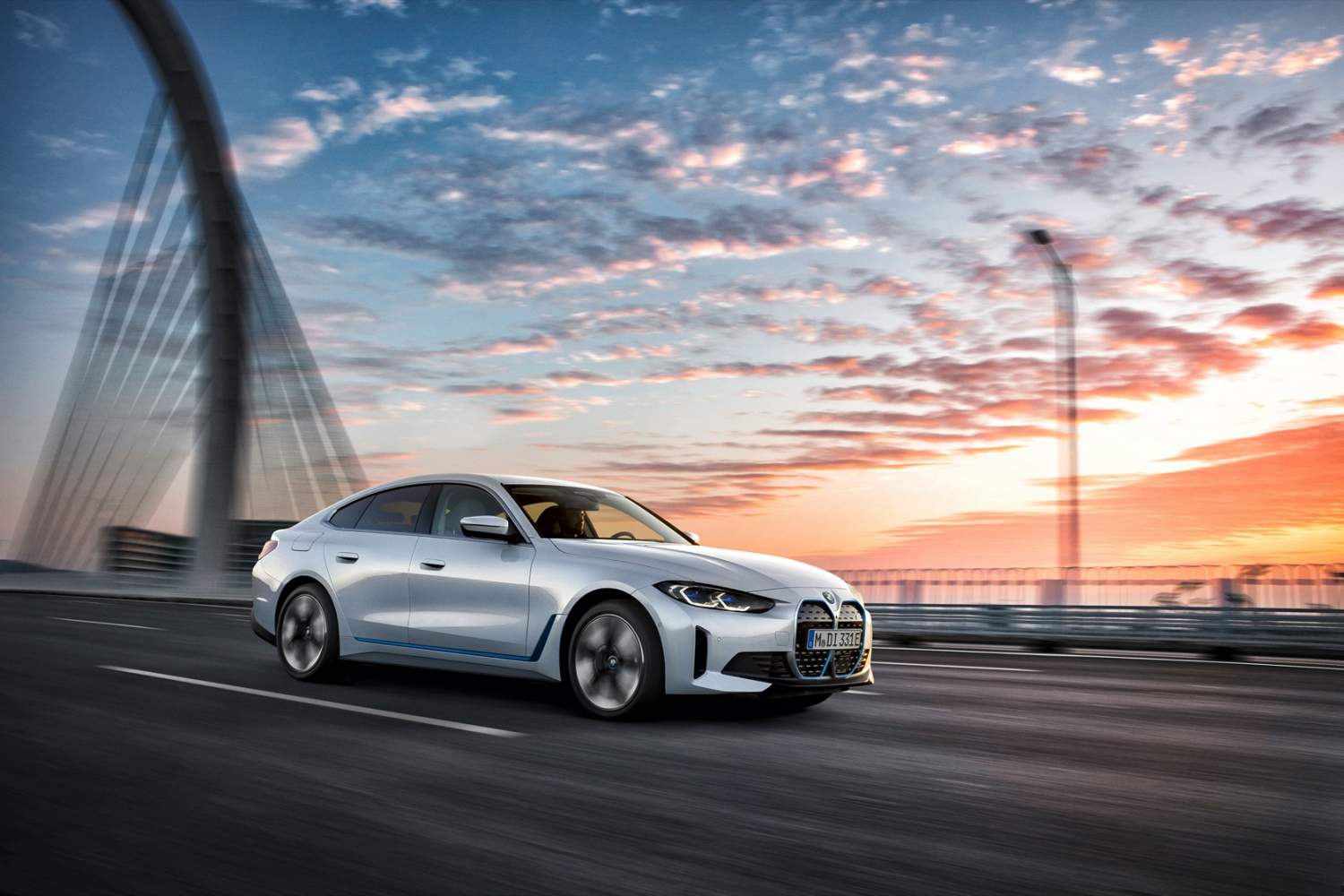