While being significantly cheaper than the prior model, the new Mirai has a 30 percent increase in range, going up to 402 miles on a full tank of hydrogen on XLE grade vehicles. Another major feature for the car is that Toyota offers up to $15,000 of hydrogen fuel included with its purchase or lease.

The new Mirai is based on a rear-wheel-drive sports-luxury platform and offers “striking design, cutting-edge technology, more engaging driving performance, and a significantly longer EPA-estimated range rating.” The 2021 Mirai is built on the GA-L platform, the same platform used on the Lexus LS sedan. The first generation of the vehicle was front-wheel drive. The new body is lower, longer, and wider with standard 19-inch wheels.

Toyota uses four-wheel independent suspension and has improved handling and agility along with offering a more comfortable ride. Moving to rear-wheel drive allowed for additional hydrogen storage, which allowed the estimated range to be pushed to 402 miles on the XLE. Toyota also fits the vehicle with its Safety Sense 2.5+ system. It includes full-speed dynamic radar cruise control, automatic emergency braking, and lane-keep assist. 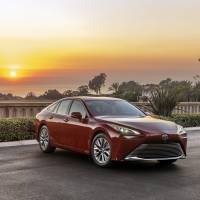 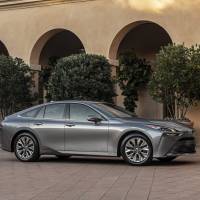 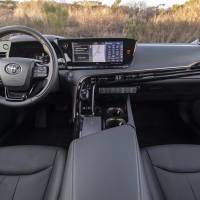 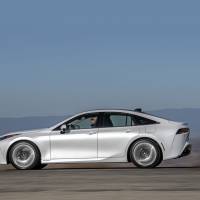 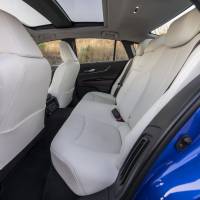 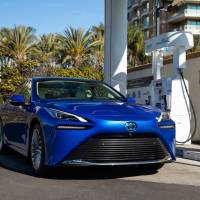 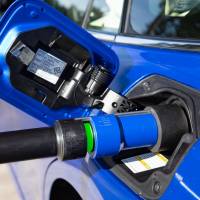 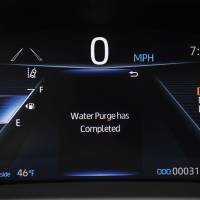 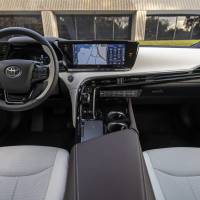 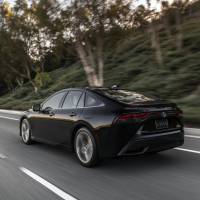 Blind spot monitor and rear cross traffic alert are also standard on the vehicle. Five exterior colors will be offered, with one called Hydro Blue being exclusive to the Limited grade. Other features include auto-leveling bi-beam LED headlights, LED front and rear turn signals, daytime running lights, and clearance lights. The side marker lights are also LED, and the taillights are LED. The external mirrors are power-folding and heated. The interior also features an eight-inch digital gauge cluster and a 12.3-inch touchscreen multimedia display.