Last month Acura talked about its top-of-the-line RDX SUV called the RDX PMC Edition. One of the big claims to fame for the SUV was that it was built at the Performance Manufacturing Center alongside the iconic Acura NSX. The RDX PMC Edition was also coated in a bright color first seen on the NSX called Thermal Orange Pearl.

When it was first announced, Acura confirmed that the SUV was limited to 360 handbuilt units. Those 360 units were built for the North American market, and all share the same paint color along with an interior in black with orange accent stitching throughout. Initially, Acura gave us a rough price but has now confirmed the exact price for the vehicle.

The 2021 RDX PMC Edition is priced at $51,000 plus the $1995 destination charge. Acura points out that dealer prices could vary. With the SUV’s limited-edition nature, it certainly wouldn’t be out of the realm of possibility to see dealer markups. Each RDX PMC edition is completely loaded, offering the A-Spec sport appearance package along with the Advance Package.

The first customer deliveries begin on Thursday, October 29. The SUV features a 10.5-inch color Head-Up display, 16-way power Sport Seats, and heated outboard rear seats. The paint is applied to the vehicle using the advanced robotic paint system at the PMC facility using multiple base coats to enhance the color intensity. A mid-coat of gold and orange mica is applied for the pearlescent effect. 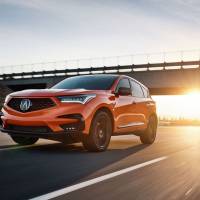 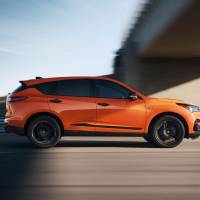 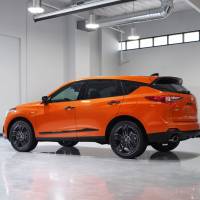 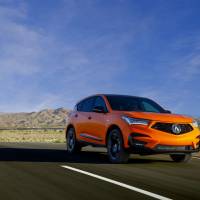 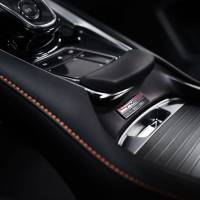 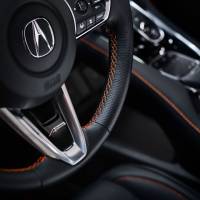 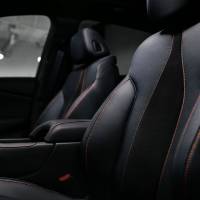 Four layers of clear coat are applied to protect the paint finish. The total time to paint the vehicle, including curing, is five days. The SUV rolls on PMC Edition 20-inch wheels in black with black lug nuts. The vehicle comes standard with a 2.0-liter turbo four-cylinder engine and all-wheel-drive.