“Nissan has given us a 2021 GT-R Premium outfitted with winter tires. Would you be interested?” Some offers you don’t say no to, and sometimes it just takes seeing something familiar through new eyes to gain a fresh appreciation for it. While Nissan’s flagship sports car may now be more than a decade old, it makes for an unexpectedly entertaining snowmobile.

In fact it’s more than thirteen years since Nissan first offered the GT-R, making the coupe one of the longer-lasting options in the sports segment. Since then, the automaker has nipped, tucked, and special-editioned it, to help keep the halo perched atop its range-topper. 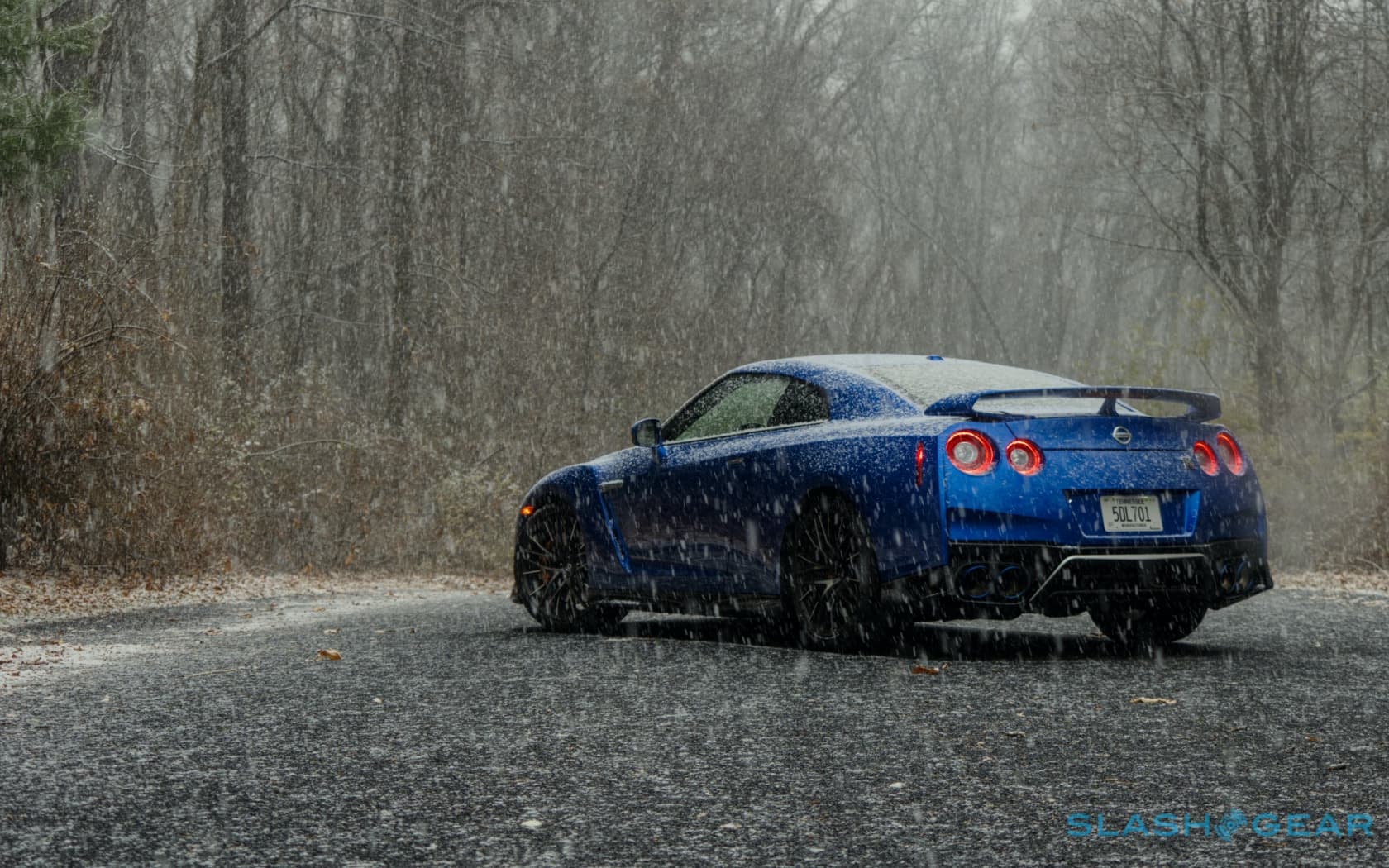 The core recipe arguably makes as much sense as it did on day one. Nissan’s 3.8-liter twin-turbocharged V6 delivers 565 horsepower and 467 lb-ft of torque in the GT-R Premium: if you want a little more, the NISMO-tuned version pumps out 600 horsepower and 481 lb-ft. All-wheel drive is standard, along with a dual-clutch 6-speed transmission. 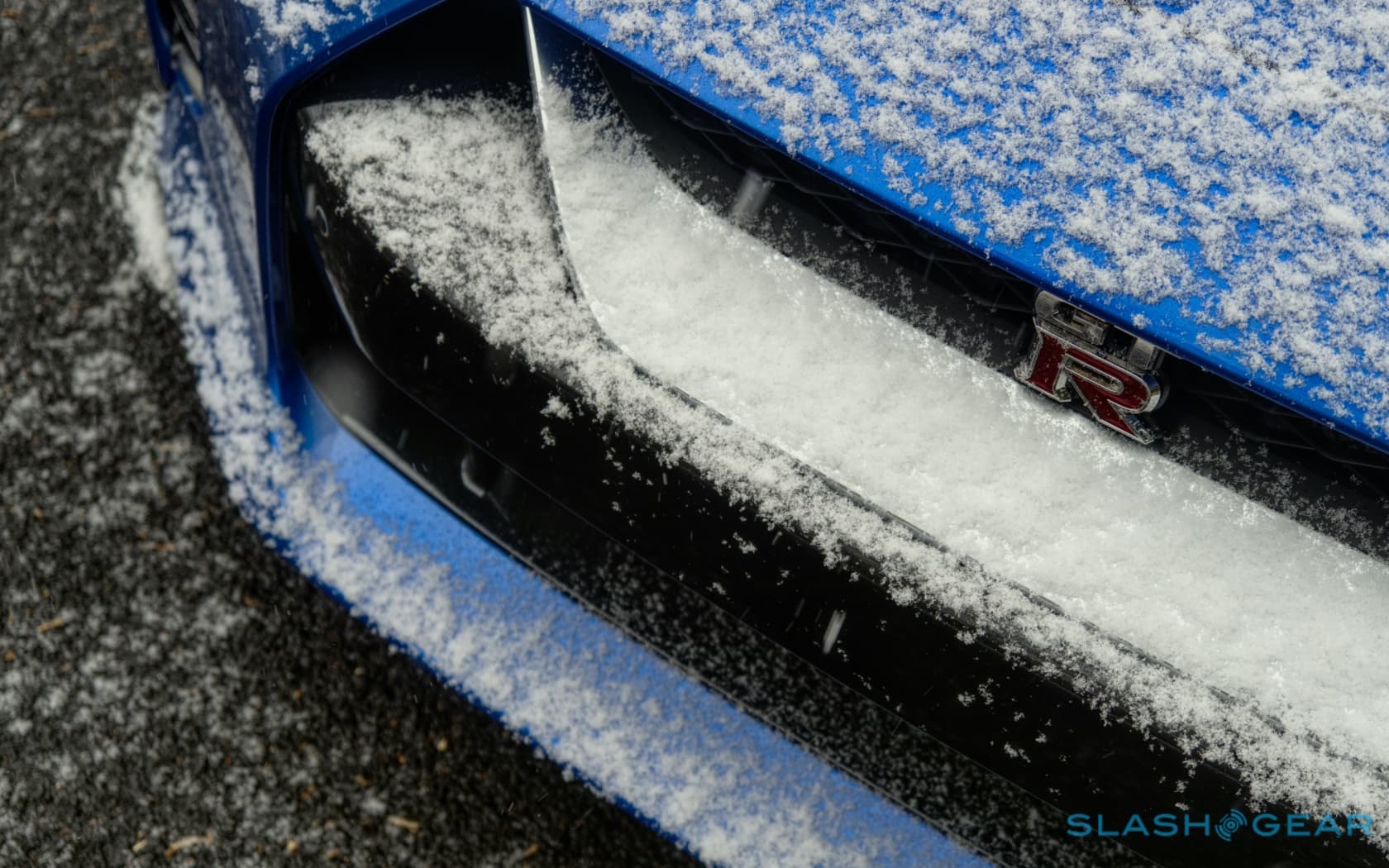 It’s wrapped up in a body that was polarizing then and still is now. Gaping maw, bulging front fenders, creases and vents aplenty… it looks mean and purposeful. I think the rear is more successful than the front, the sharp edges setting off the quartet of circular lamps and their tailpipe counterparts. The $1,000 Bayside Blue paint job looks great against the blue-anodized exhaust trim. 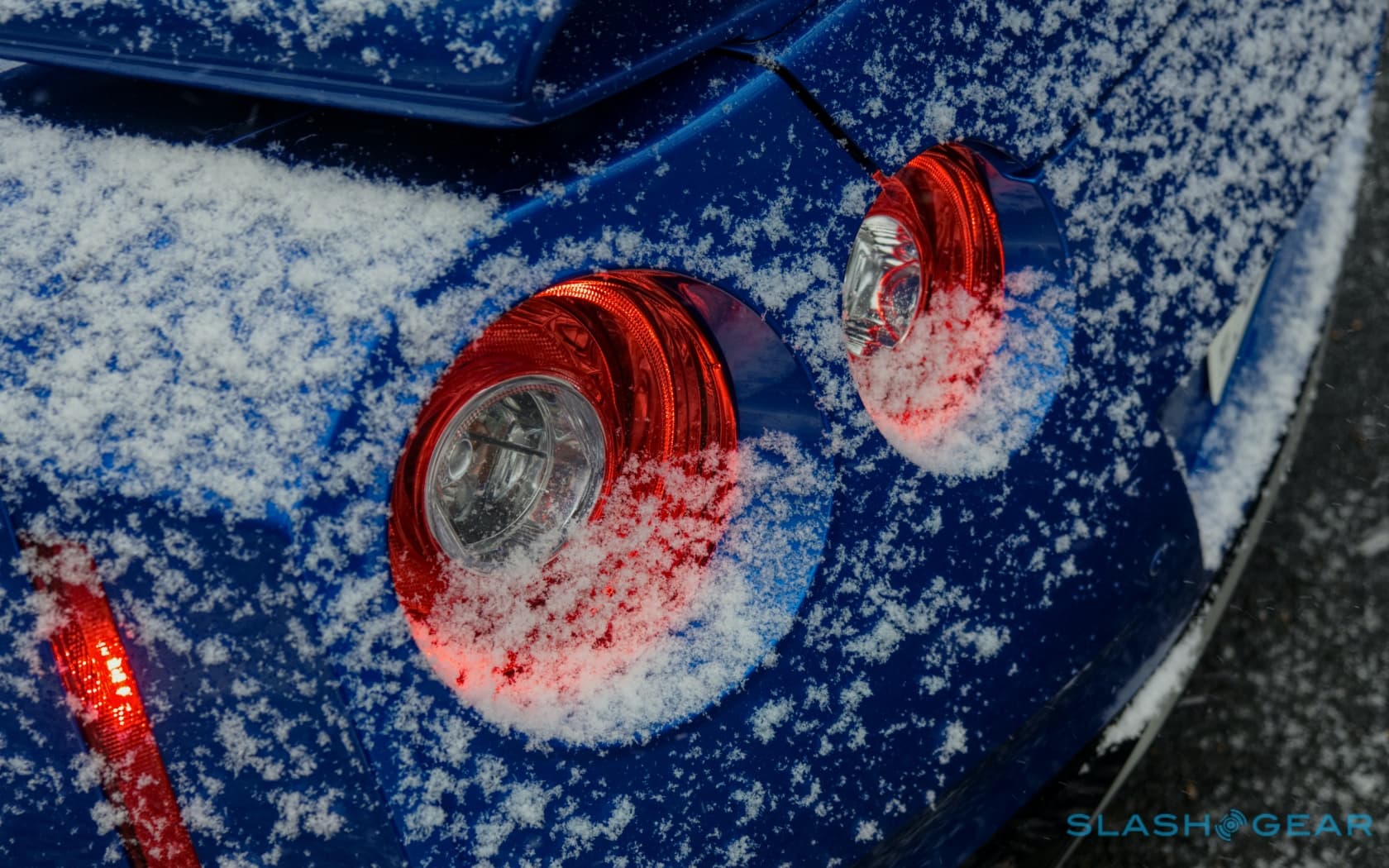 Where the GT-R equation has started to make less sense over time is in value. When it launched, it was as a bona-fide bargain: about $78k for an astonishing level of performance. These days, a 2021 GT-R Premium kicks off at $113,540 (plus $1,795 destination), and its NISMO sibling is a heady $210,740. That puts it in among some serious competition.

Usually, sports cars enjoy fine weather and bone-dry roads. Indeed that’s where they shine: the perfect conditions to show off crisp handling, ferocious power delivery, and G-pulling braking. Come the winter, assuming you’re located somewhere that isn’t blessed with sun all year round, they tend to be tucked up safe in a garage. 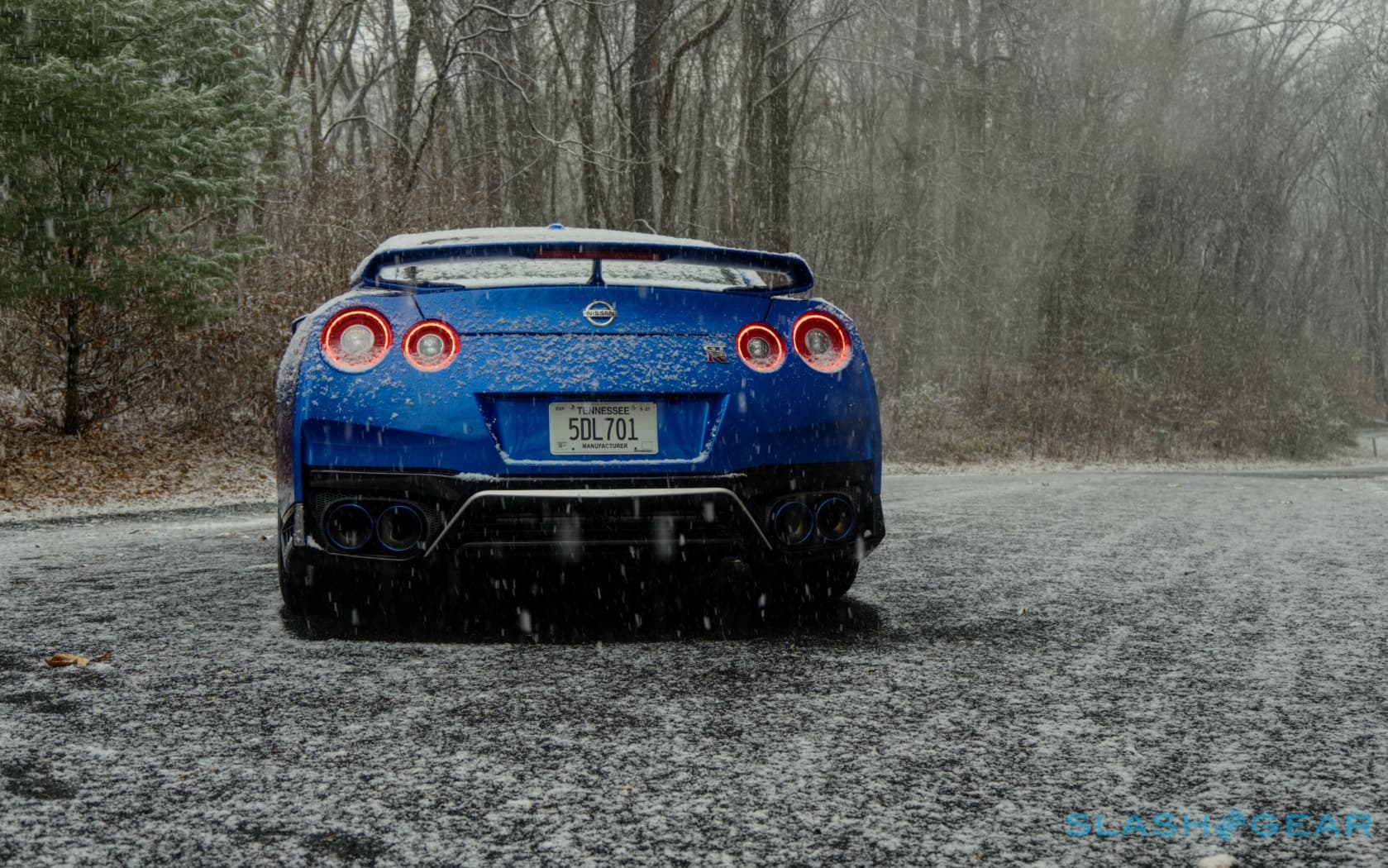 This GT-R, though, wasn’t waiting for the thaw. Gone was the standard-fit Dunlop SP Sport Maxx high-performance rubber, Godzilla having slipped into a set of Bridgestone Blizzak winter tires instead. I paired that with some timely Midwest snow.

It’s easy to get hung up on the GT-R’s acceleration, and indeed despite the age that’s still prodigious. 0-60 mph arrives in under 2.9 seconds; top speed is 196 mph. What stood out in the flurries, though, was how well the Nissan put that power to the ground. 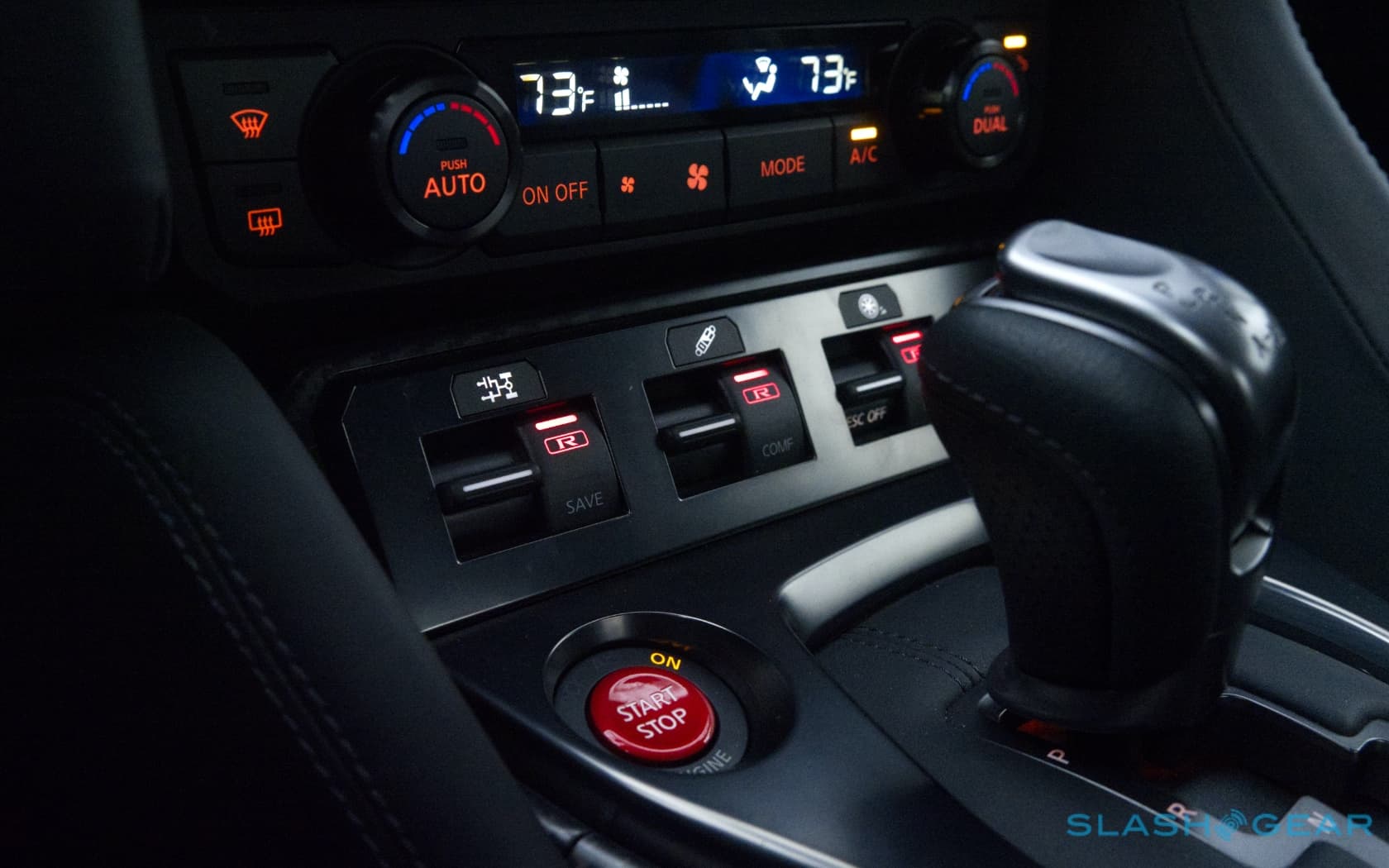 The ATTESA E-TS all-wheel drive system and mechanical limited-slip rear differential aren’t new now, but they’re still special. The GT-R can push all of its power to the rear wheels, or up to 50-percent of it to the front, adjusting on-the-fly depending on traction demands. Throw in brake-based torque vectoring, and you have a performance coupe that shrugs off snowfall. 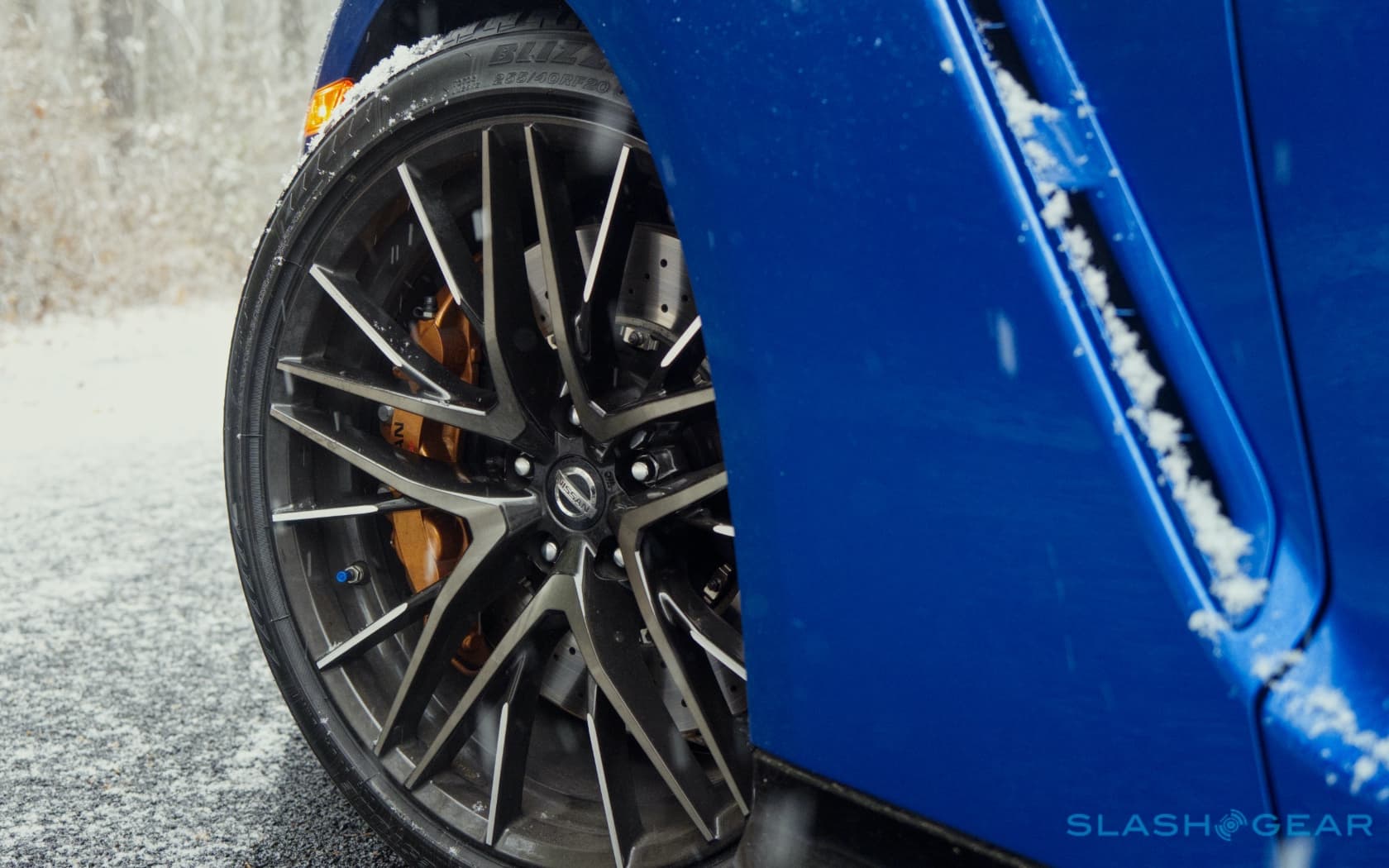 There’s no uneasy moment when you’re waiting for the Nissan to find its footing; no sudden, stomach-clenching horror as you hurtle into a corner and realize that fine dusting is actually a lot more significant. Or, at least, your stomach may feel that, only you emerge on the other side of the corner with it – and the rest of your organs – still in place.

The only thing really threatening to unsettle them, in fact, is the GT-R’s braking performance, hauling the coupe to a halt like a car in a racing game. There are different drive mode settings on offer – controlled with a row of three switches low in the dash – but the experience feels much the same regardless. The GT-R likes to go fast and it likes to corner, and inclement weather isn’t going to get in its way. 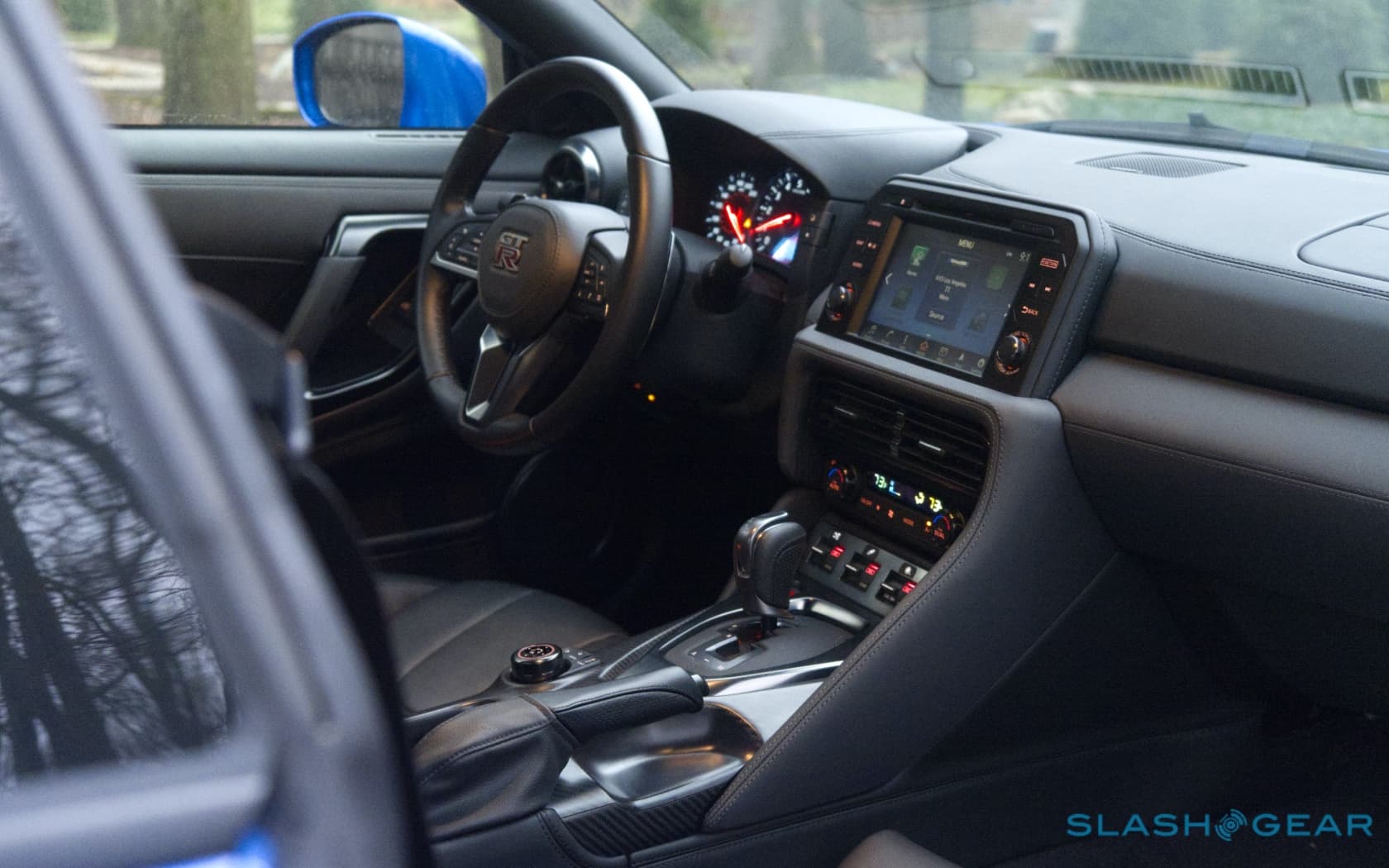 It’s places like that bank of switches, though, where the GT-R starts to show its age. I can forgive the minuscule rear seats because that’s par for the coupe course, but the cabin generally just doesn’t live up to the price tag. The front seats are comfortable and supportive, and there’s leather on the seats and steering wheel, but the rest smacks a little too much of more mundane Nissan fare. 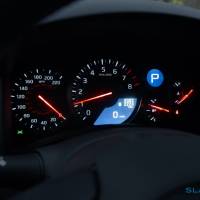 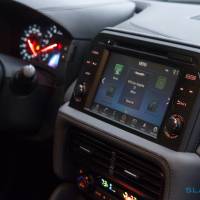 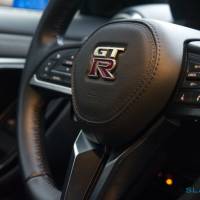 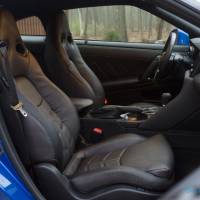 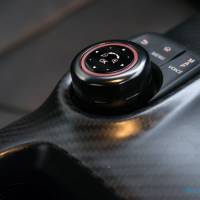 Then there’s the 8-inch infotainment system, which feels tired and looks dreary, and the mainly analog gauges lack the visual panache and customization flexibility that rivals offer with their fully-digital cockpits. Cabin design has moved on hugely since the GT-R’s debut, and quite honestly this just doesn’t meet the grade.

If there’s an upside to an interior with strong hints of Altima, it’s that you can actually treat the GT-R as a daily-driver too. There, I missed a seventh gear for slightly more sedate cruising, but the power and brakes are easily modulated: unlike some sports cars it won’t give you whiplash every time you try to smoothly pull away from the lights. There’s a distinct absence of in-cabin storage, but the 8.8 cu-ft trunk is unexpectedly practical. 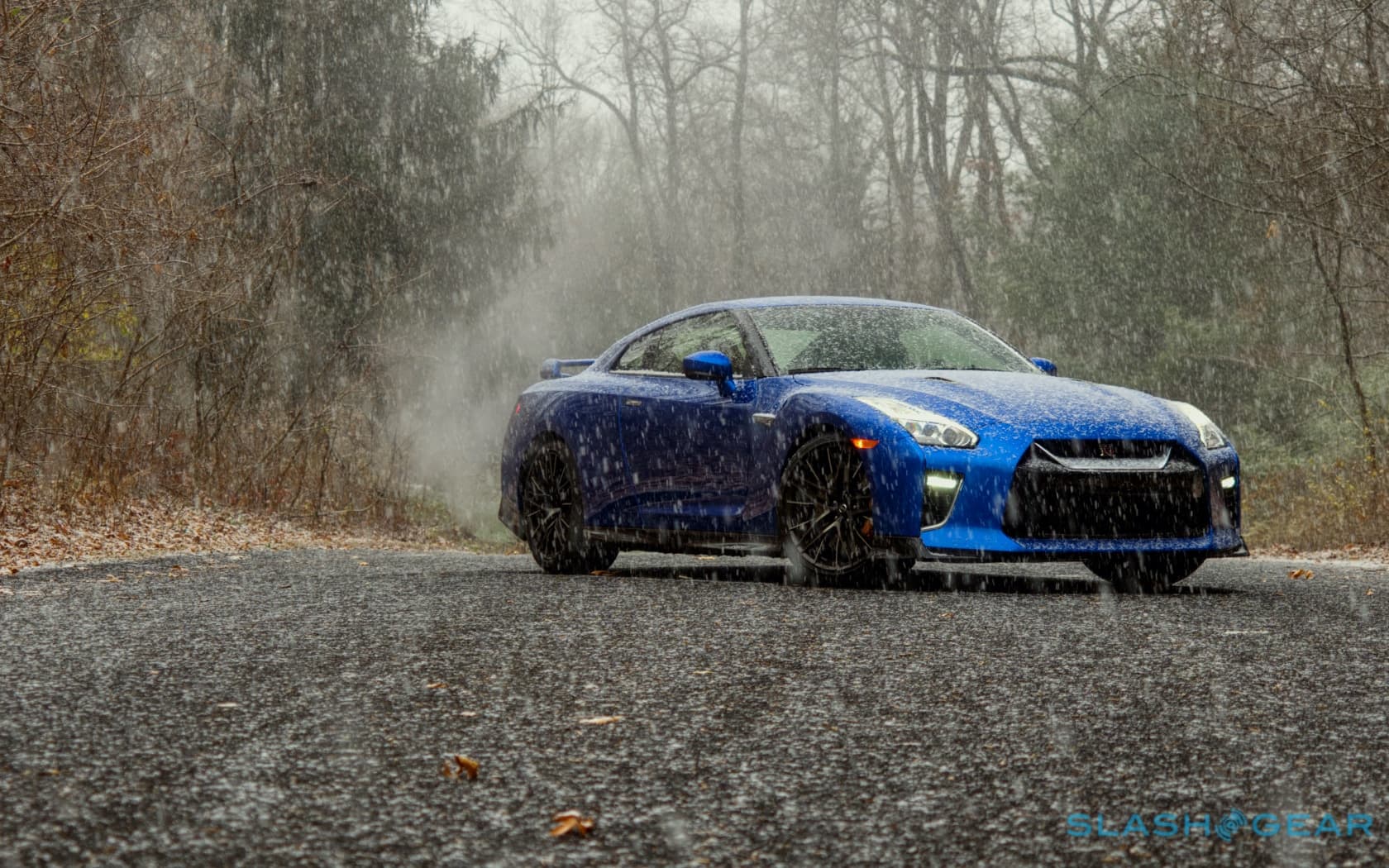 In perfect weather, it’s become tough to recommend the GT-R over its coupe rivals. There’s just a huge amount of competition out there in its price bracket, and while cars like the Porsche 911 Carrera 4 may not have the same power and pace, they feel well-rounded in a way that escapes the Nissan. 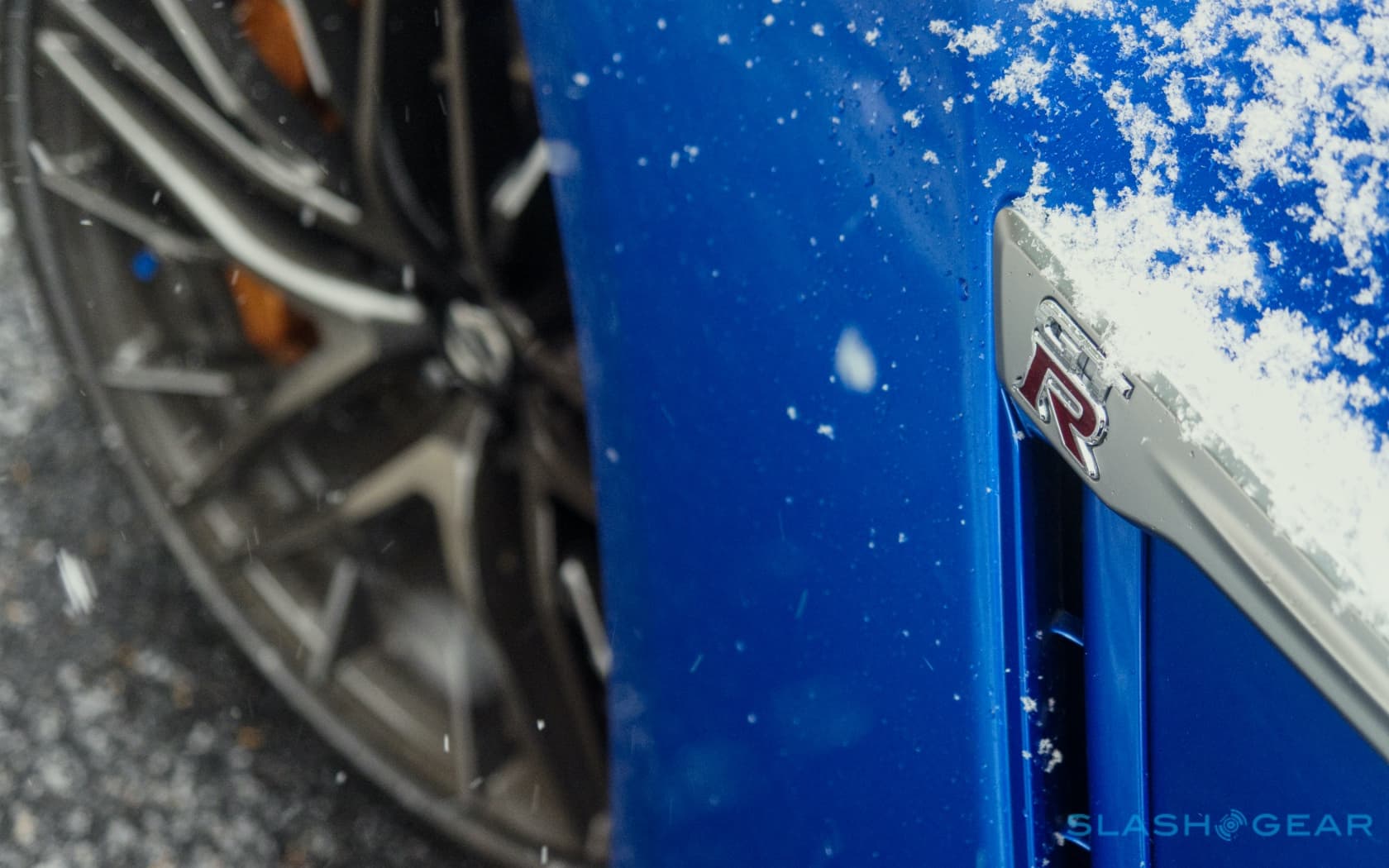 That’s the rational position, anyway. With fresh snowfall on the way, and the promise of ice in the corners and slush on the straights, the sight of the Bayside Blue GT-R waiting outside for me summoned a smile that was wider than I was expecting. It’s a cornering monster that doesn’t go into hiding when the days get shorter and colder, flawed but still ferocious, and with that sort of confidence perhaps we can overlook the bland buttons.