The 2021 Mercedes-Maybach GLS 600 is the first-ever SUV from Maybach and, you could say, a playful jab – and somewhat less costly alternative – to other super-luxe contenders like the Rolls-Royce Cullinan and Bentley’s Bentayga. The Maybach name returned in 2015 as a sub-brand of the three-pointed star, and since then the automaker has sold more than 45,000 of its Mercedes-Maybach S-Class flagship sedans globally. In 2018, one in seven S-Class models sold was a Maybach. 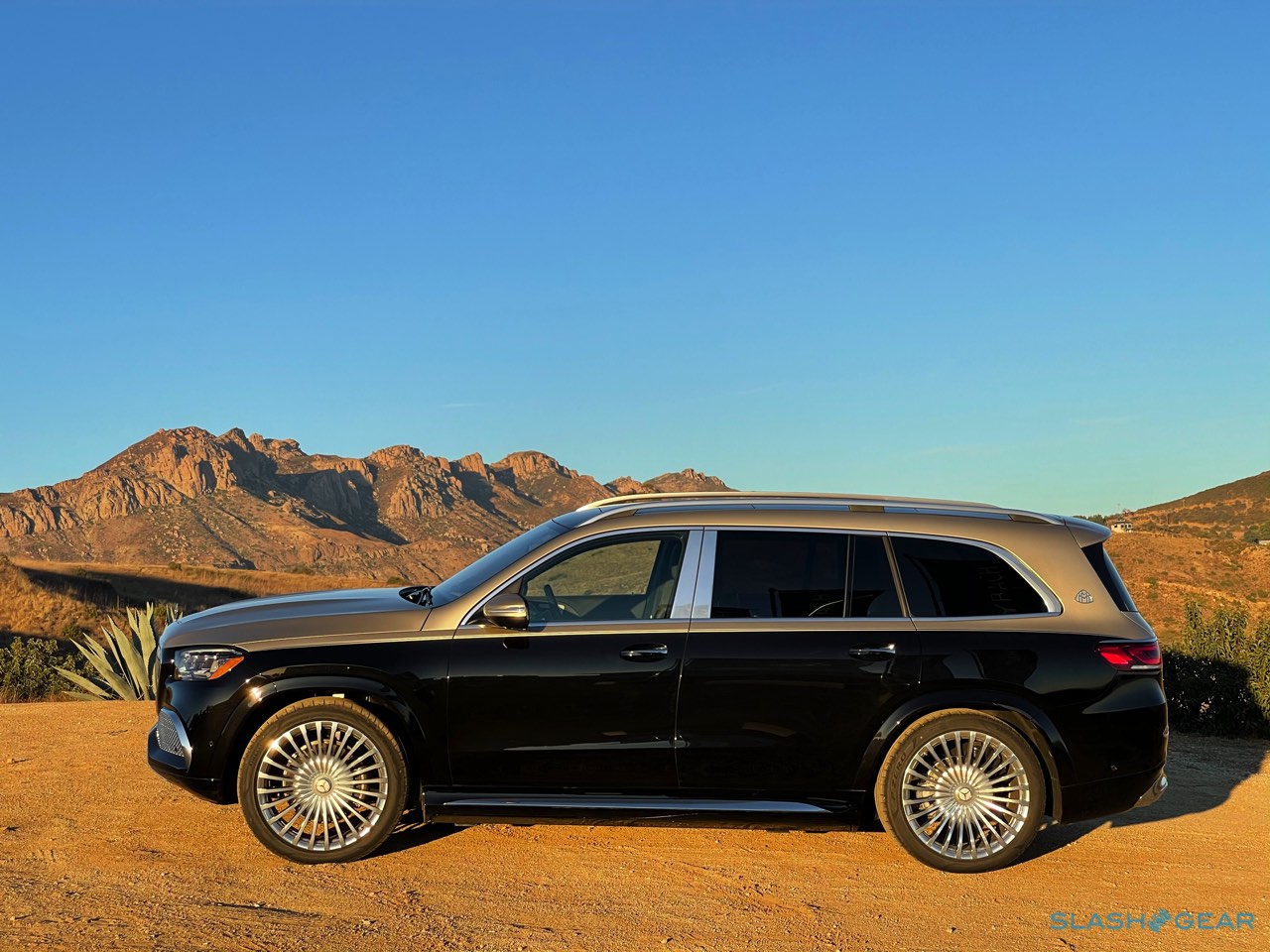 Those sales figure alone explain why Mercedes is launching a two-pronged attack with Maybach this year. Having already driven the Maybach-flavor of S-Class a couple of months back, it’s hard to imagine topping that. Perhaps that’s why, though the Mercedes-Maybach S-Class could arguably be the best all-around luxury sedan on the market, Maybach’s first attempt at an SUV focuses on doing the same thing for trucks. 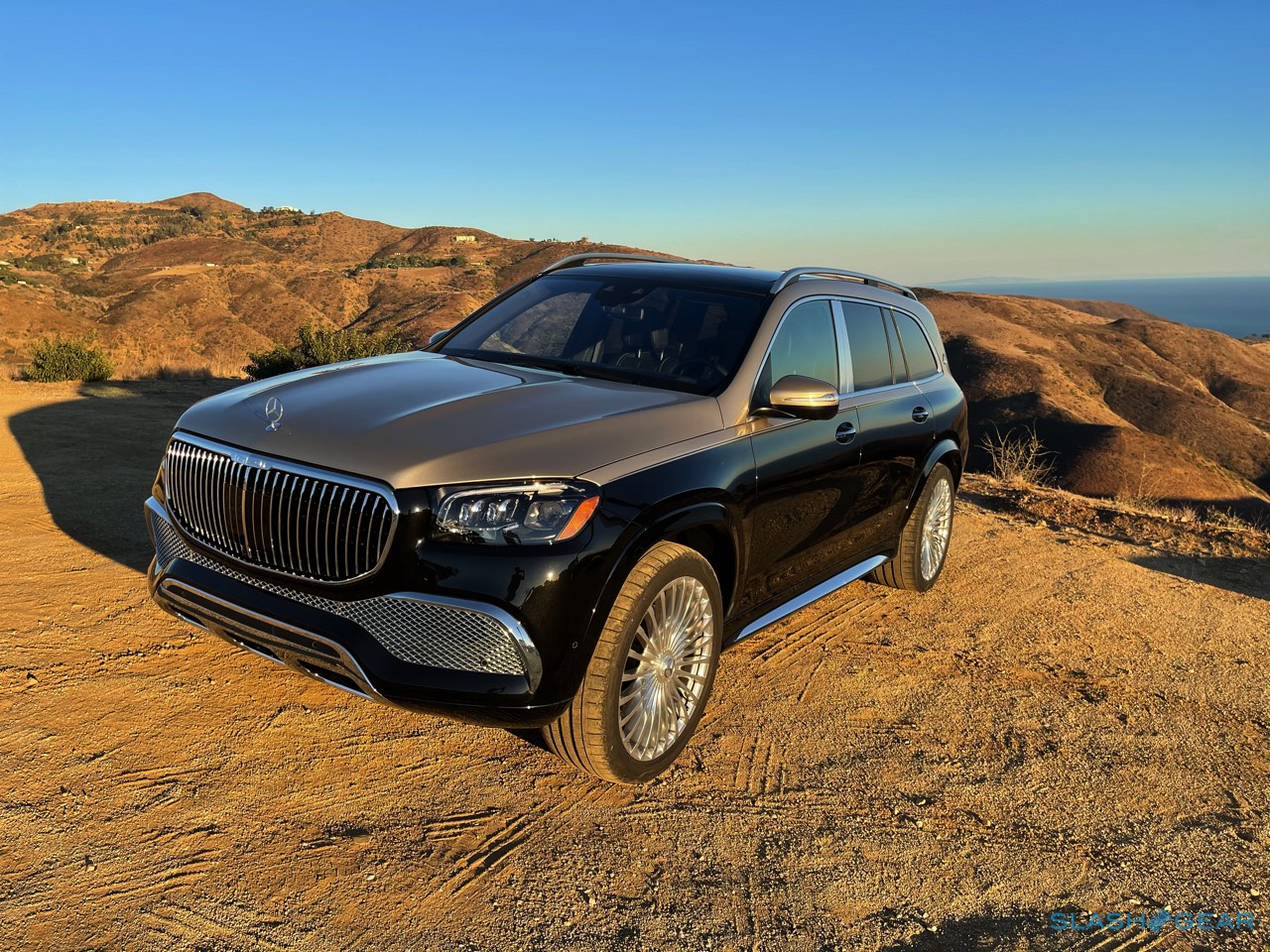 The Mercedes-Maybach GLS is built on the current third-gen GLS seven-seat SUV. Back when I drove that, I figured it was already pretty much an S-Class on stilts. The most powerful version – the GLS 580 – has a twin-turbocharged V8 motor with 483 hp and 518 lb-ft of torque. Figuring in EQ Boost generates 21 more hp and 184 more torque as required.

The new Maybach GLS 600 is also powered by the same 4.0-liter bi-turbo V8 engine, only it’s a bespoke version of the motor built exclusively for the sub-brand. Power is up, rising to 550 hp and 538 lb-ft of torque, and it also has EQ Boost for a temporary electrified top-up. With a heavy right foot, the Mercedes-Maybach GLS will max out at 571 horsepower and a heady 722 lb-ft of torque; find the right stretch of desolate road, and it’s nothing short of glorious. 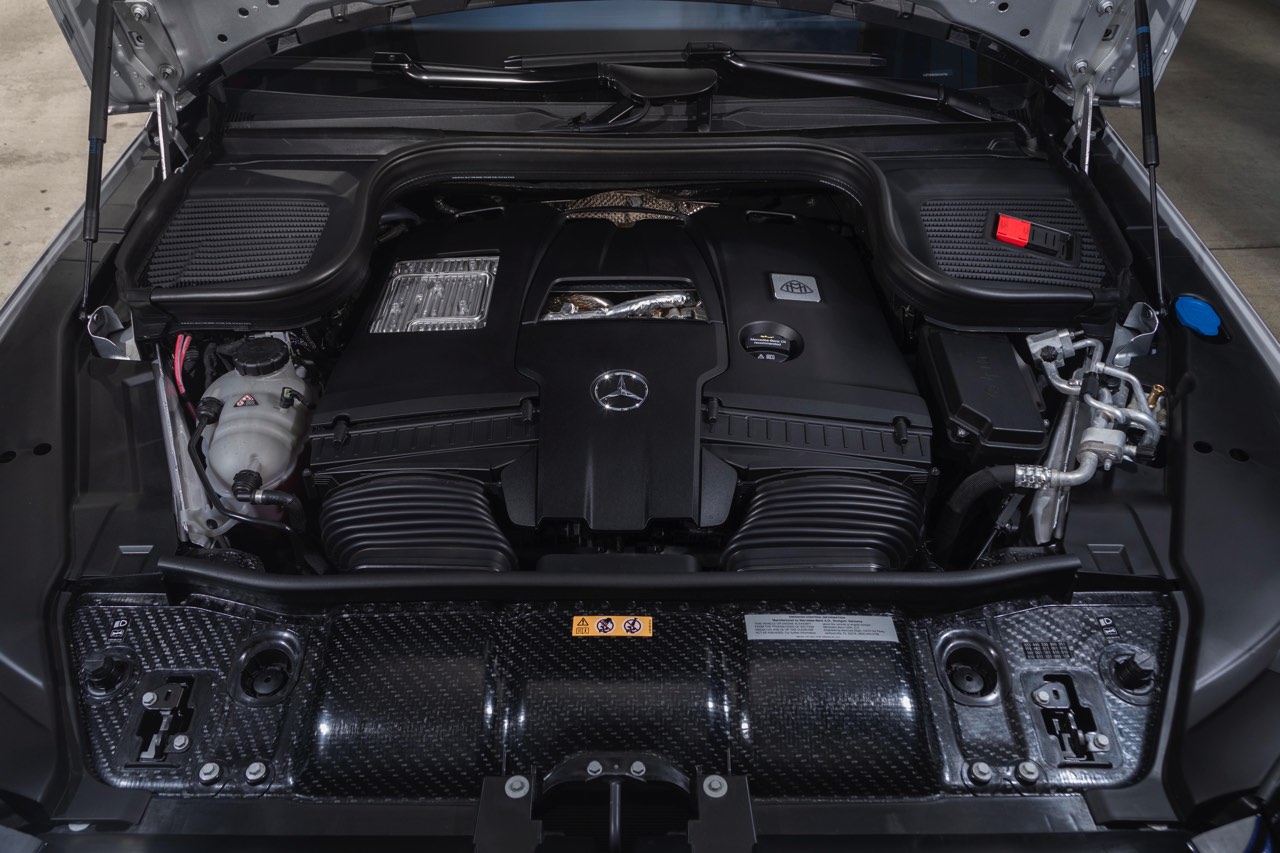 Ride and handling aren’t compromised either, with the GLS donating its 4MATIC variable all-wheel-drive system with an electronic multiplate clutch. For an SUV of this size, air suspension is a must, and sure enough the Maybach GLS can waft like the best luxe sedan.

A 9G-TRONIC nine-speed automatic gearbox routes power with a Torque-on-Demand feature. The drivetrain can send zero to 100-percent of available torque between the axles to consistently deliver surefooted grip, traction, and capable handling. I’ve driven the routes around Malibu on many drive programs – mostly in vehicles designed to excel at tight turns, rapid elevation changes, and off-cambers. This was the first time I’d had the opportunity to throw a massive SUV around this neck of the woods, and it’s a strange but addictive experience. 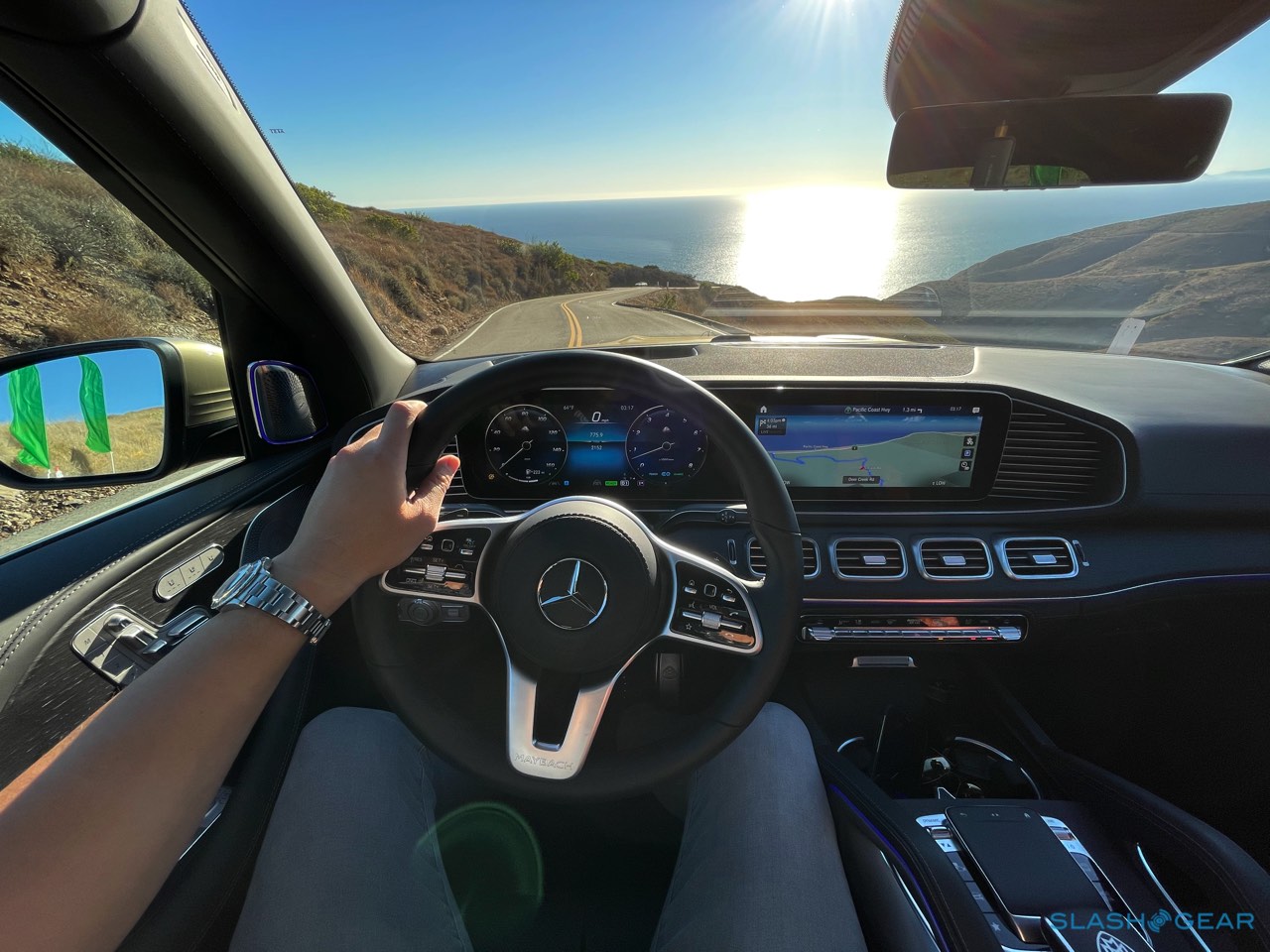 While you still feel the weight, it’s astonishingly nimble around tight and narrowing corners. You can absolutely push the GLS hard, particularly if you switch to the Sport or Curve drive modes whereupon the SUV borrows some of the playfulness of its sports car cousins. Would you want to do that with a full complement of passengers onboard? Probably not, but it’s a good argument for driving yourself.

With more power than a standard Mercedes-Benz GLS 580 and its clever AWD system routing that to the road, the Mercedes-Maybach GLS can rush from 0 to 60 mph in 4.8 seconds. Top speed is electronically limited to 130 mph. 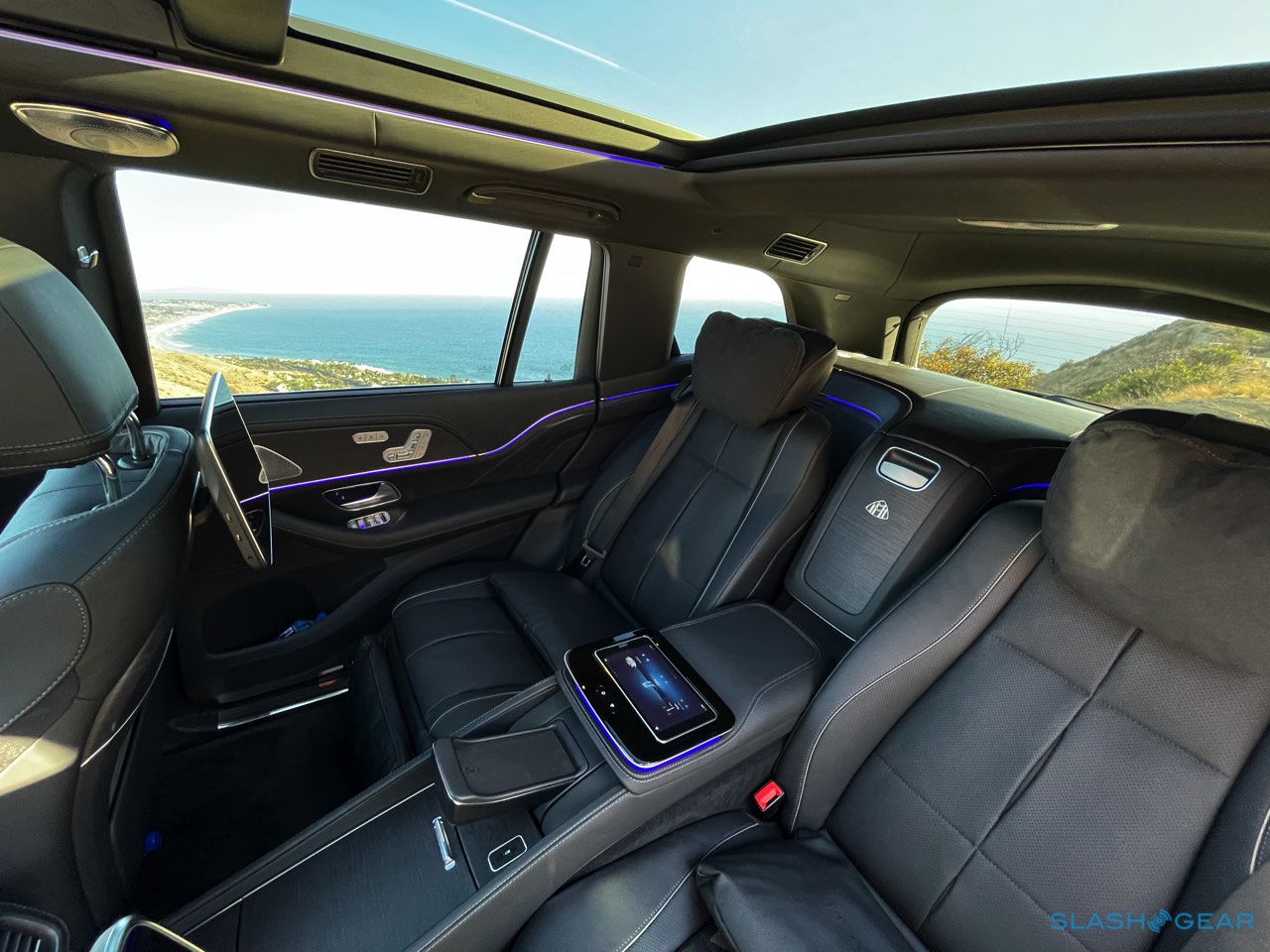 Power is a given, then, but the newest Mercedes-Maybach SUV shines brightest in the comfort department, or should I say, how it makes you feel like a genuine VIP on the road. Unlike a standard seven-seat GLS, the Maybach is configurable as a five or four-seater only, with the latter offering a quartet of fully-motorized captain’s chairs with standard heating and ventilation.

Compared to a Mercedes-Benz GLS, the rear seats are moved inward by 1.2 inches and pushed back by 4.7 inches, giving rear occupants more elbow room. With its lengthy 123.4 inch wheelbase, and thanks to leaving out the third-row seats, second row legroom is at a staggering 43.4 inches. Moving the front passenger seat in the ‘chauffeur position’ generates up to 1.34 meters (4.4 feet) of legroom, which is more than enough to extend your legs for a mid-journey nap. With a driver at the helm, I had a chance to experience the good life in the expensive seats; even as a tall guy there was space to stretch out.

Sleep is a very strong possibility, then, since the 2021 Mercedes-Maybach GLS is as comfortable and silent as its Maybach S-Class sibling. All four or five occupants are wrapped in fine Nappa leather, while the brilliant wood paneling is reminiscent of the decks in ultra-expensive yachts. Fitted with a unique THERMOTRONIC climate control system – with a completely separate air-conditioner for the rear – the system blows cold or heated air as quietly as possible thanks to air ducts treated with a Teflon-like coating, and a special, super-quiet fan motor. 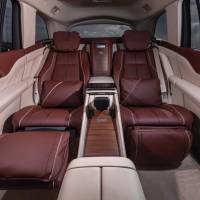 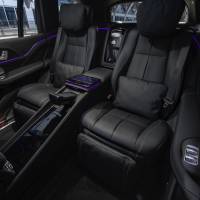 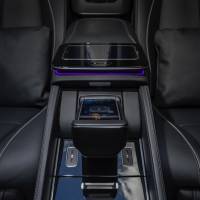 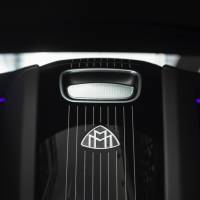 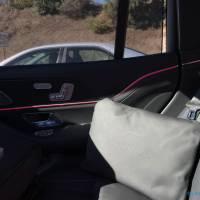 The unperturbed riding experience is courtesy of standard AIRMATIC air suspension with adaptive damping and E-Body Control. The latter is partly juiced by the EQ Boost 48V electrical system, with the GLS performing a complete road surface scan as you drive. The system compensates for any roll, pitch, and lifting movements to deliver the smoothest possible ride.

Regular Mercedes have Comfort mode, but for the GLS 600 the smoothest cloud-like ride comfort comes when you notch over to the Maybach drive mode. In this eponymous setting, the air suspension engages its cushiest configuration, while the transmission starts in second gear as you move from a stop. It borrows some strategy from the Curve drive mode, too, which keeps stability for what’s undoubtedly a large vehicle on twisting roads; for Maybach mode, the focus is ensuring the plushest, most stable ride settings possible for the rear passengers. Throttle response is blunted, and auto start and stop is also switched off, to make sure as little mechanical distraction as possible makes it through to the cabin.

And yet, the new Mercedes-Maybach GLS is strangely practical. It may only seat four or five adults, but it has a fixed partition in the rear compartment offering 525 liters or 18.5 cubic feet of luggage space: that’s more than enough room for four golf bags. In addition, the back shelf isolates the front and rear occupants from noise and vibration, leaving the newest Maybach among the quietest SUVs in existence. 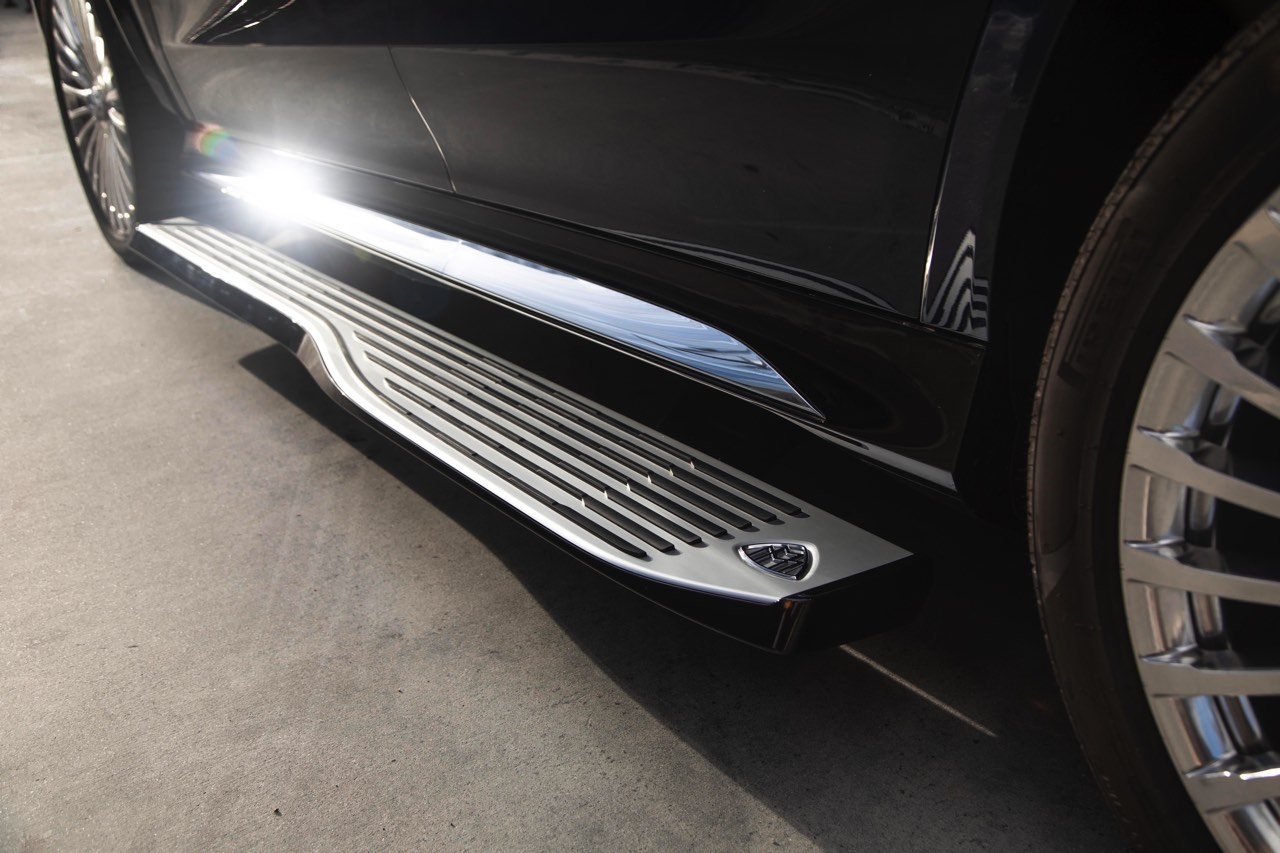 Attention to detail is key, here, and little exemplifies that like the electrically-operated running boards. Standard on the Maybach GLS, they each measure 6.8 feet and run the side sills’ full length. The anodized aluminum steps have black rubber strips to offer a surefooted grip, and each running board brandishes a chrome Mercedes-Maybach emblem.

It’s more than a gimmick, I tell you. Those electric running boards make it a pleasure to board or depart the vehicle: the air suspension lowers the car by 25 mm upon opening a door, for easier egress, but the running boards allow you to step instead of climbing aboard your Maybach SUV. It just makes boarding and departing your vehicle more elegant, even when wearing slim-fit designer trousers or the shortest designer dress. They’re smart, too: if your leg is in the way when you open the door, the boards will immediately attract so as not to get those trousers or dress dirty. 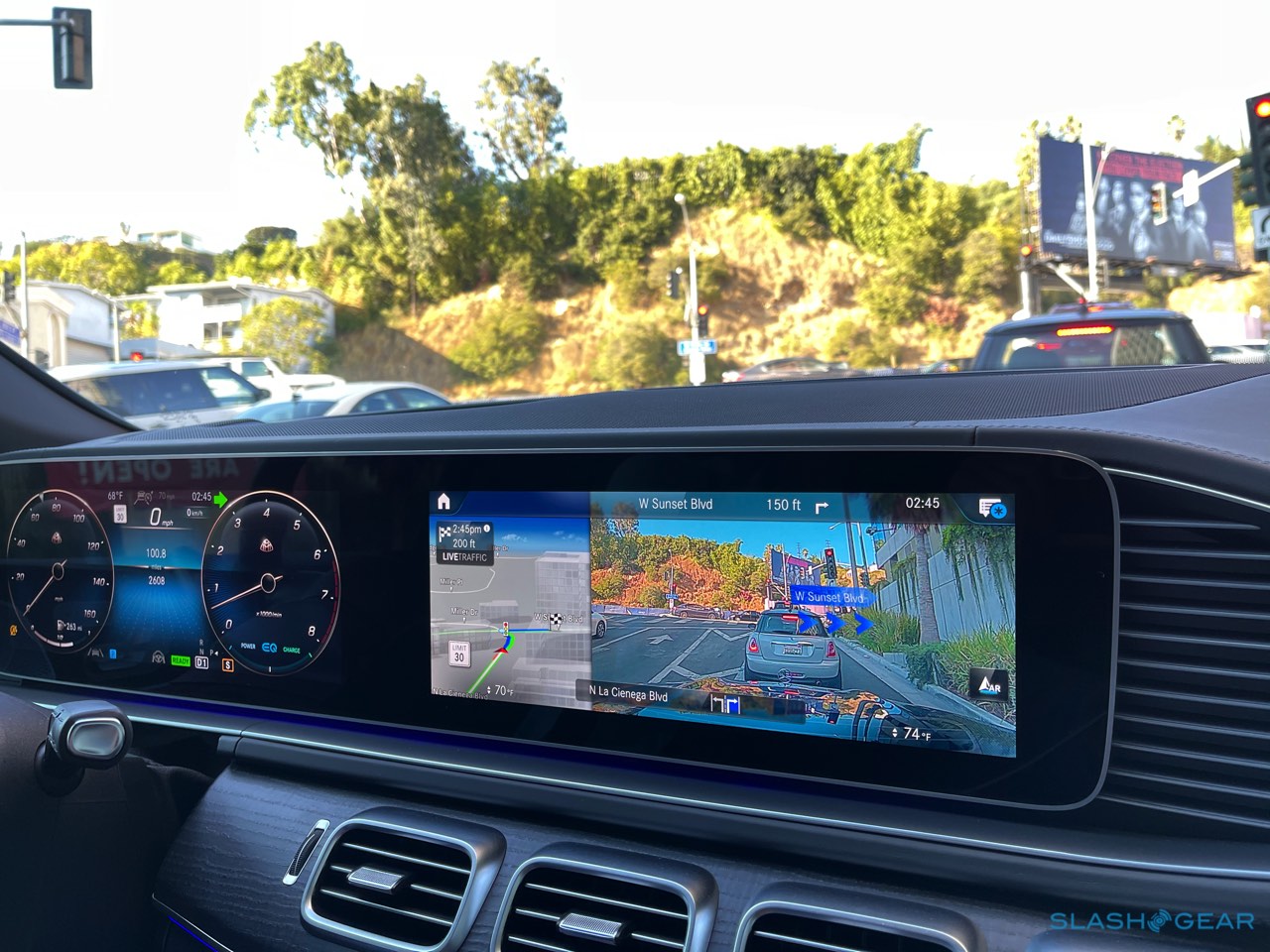 As you’d expect from a Mercedes-Maybach, the GLS 600 is brimming with tech. It has a 12.3-inch digital instrument cluster and a 12.3-inch infotainment touchscreen, all of which are governed by the latest version of MBUX with voice control and artificial intelligence. It offers augmented video for navigation, similar to the S-Class, while Apple CarPlay and Android Auto are standard. The Burmester 3D surround audio stirs the soul with its 27 speakers, 24 separate amplifier channels, and 1,590 watts of power.

Those in the back get an MBUX-powered rear-seat entertainment system, with a pair of 11.6-inch touchscreen displays. If even reaching forward is too much effort, an MBUX rear tablet – docked neatly in the rear center console – can be popped out and used to alter all the vehicle settings. 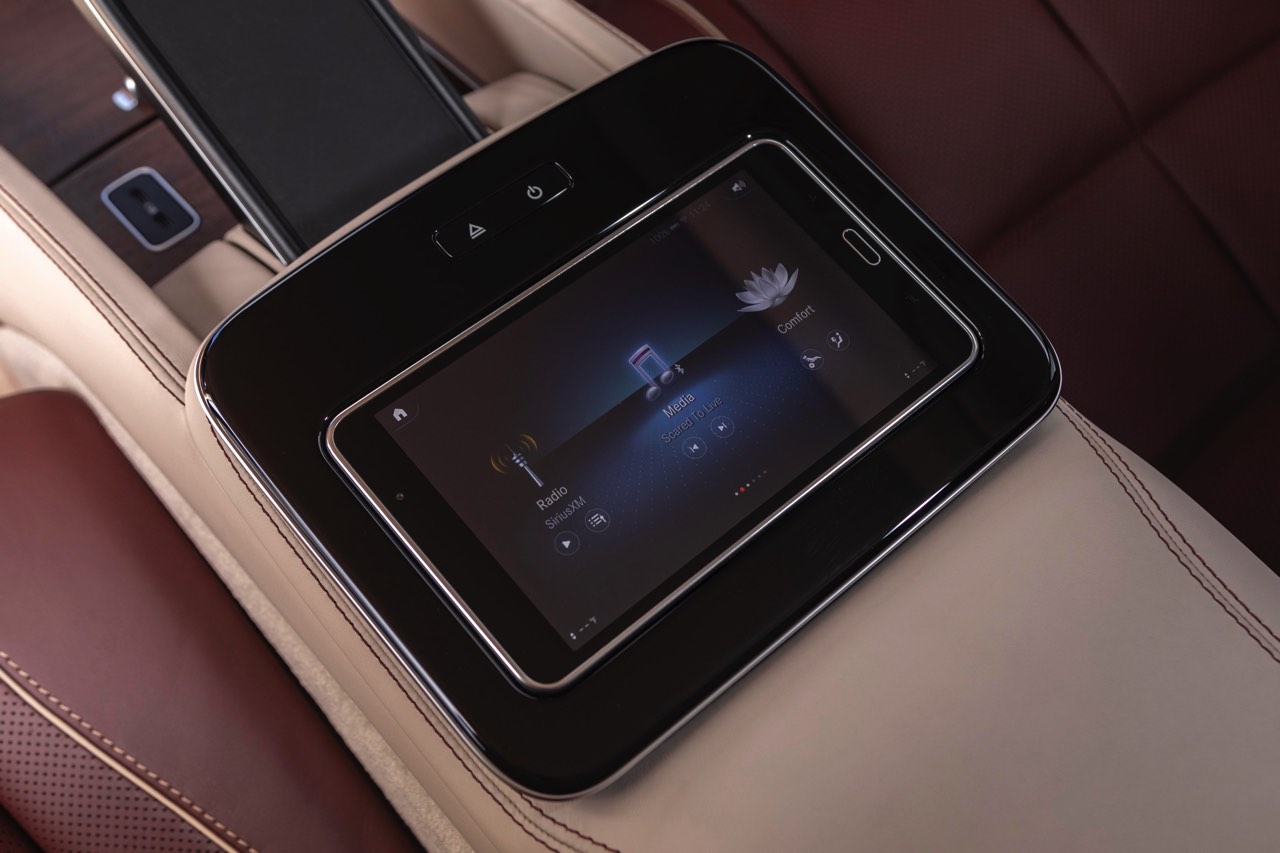 On the safety front, the new Mercedes-Maybach GLS is loaded to the brim. It has PRE-SAFE Plus, which primes the vehicle for a crash, and the executive rear seats have cushion airbags for added protection. Standard driver assistance systems include active speed limit assist, lane-keeping assist, active stop and go assist, blind-spot assist, traffic sign assist, and evasive steering assist. Thankfully for those huge, 23-inch wheels, the 360-degree camera is standard too. 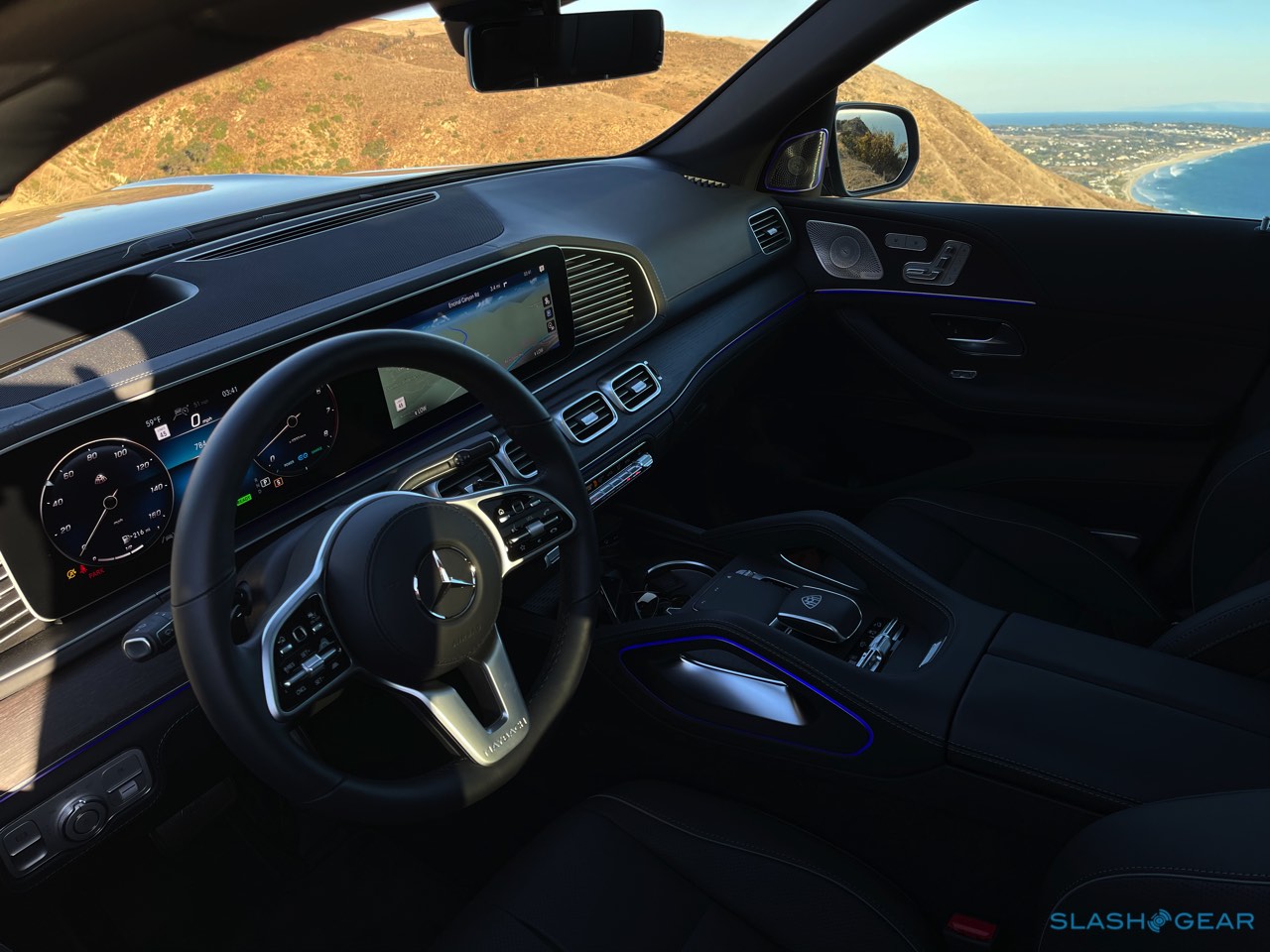 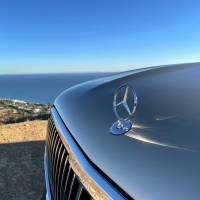 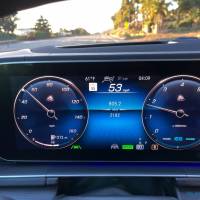 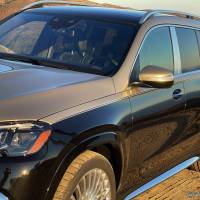 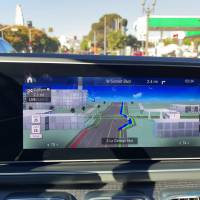 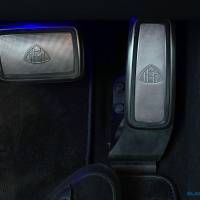 You pay more for the bespoke two-tone paint, too, but then the Maybach GLS is for people who aren’t really bothered in the least by six-figure price tags.

Choosing between an S-Class or GLS-Class won’t be an easy task when the first cars arrive in dealerships by the end of the year, but the Maybach GLS makes a compelling argument for going SUV. Capable of the same supremely-cosseting ride quality, but with more space and a lot more road presence, the only thing you sacrifice versus the sedan is the ability to arrive – relatively – surreptitiously. Perhaps the smartest money, then, puts both in the garage: something you can, conveniently, do for less than the price of a fully-loaded Cullinan. 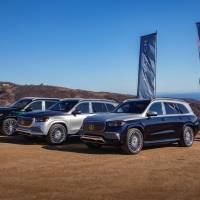 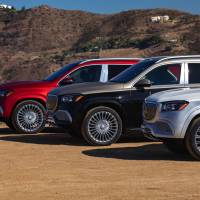 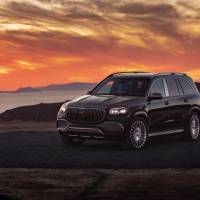 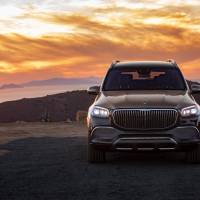 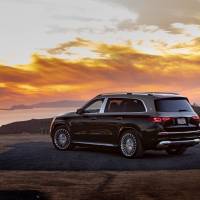 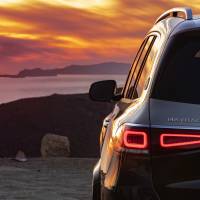 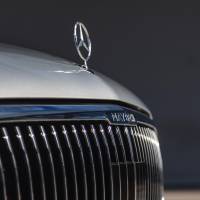 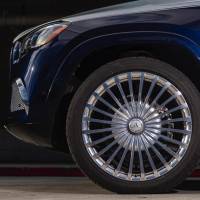 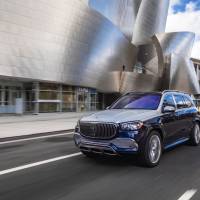 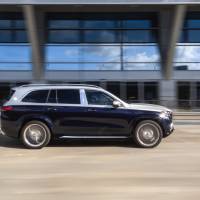