Chevrolet has announced that the fuel efficiency numbers for the 2021 Tahoe with the 3.0-liter Duramax diesel engine have been published. The Tahoe is the first vehicle in the segment to have an available turbo-diesel engine. EPA estimates for the Tahoe with the 3.0-liter turbo-diesel are 28 MPG Highway, 21 MPG city, and 24 MPG combined for rear-wheel-drive versions.

Those who opt for the four-wheel-drive version will get slightly less fuel economy. Those models get 26 MPG Highway, 20 MPG city, and 22 MPG combined. Putting the Duramax under the 2021 Tahoe’s hood brings a smooth driving experience along with the diesel fuel economy.

Chevrolet notes that this is the first diesel inline-six-cylinder engine for full-size SUVs and marks the first time since 1999 Chevy has offered a turbo-diesel in its full-size SUVs. This particular engine was first seen under the hood of the 2020 Silverado. 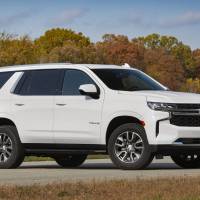 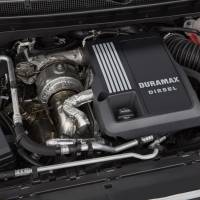 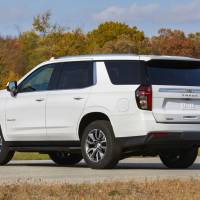 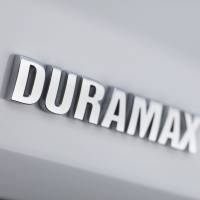