The Range Rover Velar is gaining a new, much more powerful version, giving the streamlined luxury SUV the grunt it always deserved. The 2020 Range Rover Velar SVAutobiography Dynamic Edition takes the top spot as the most powerful Velar so far, with a 5.0-liter supercharged V8 under its hood.

Compared to the P380 supercharged gas V6 that was, until this point, the most potent engine Land Rover offered for the Velar, it’s a 45-percent horsepower boost. The 5.0-liter supercharged V8 delivers 550 horsepower and 502 lb-ft of torque, the automaker promises, good for a 4.3-second 0-60 mph time. 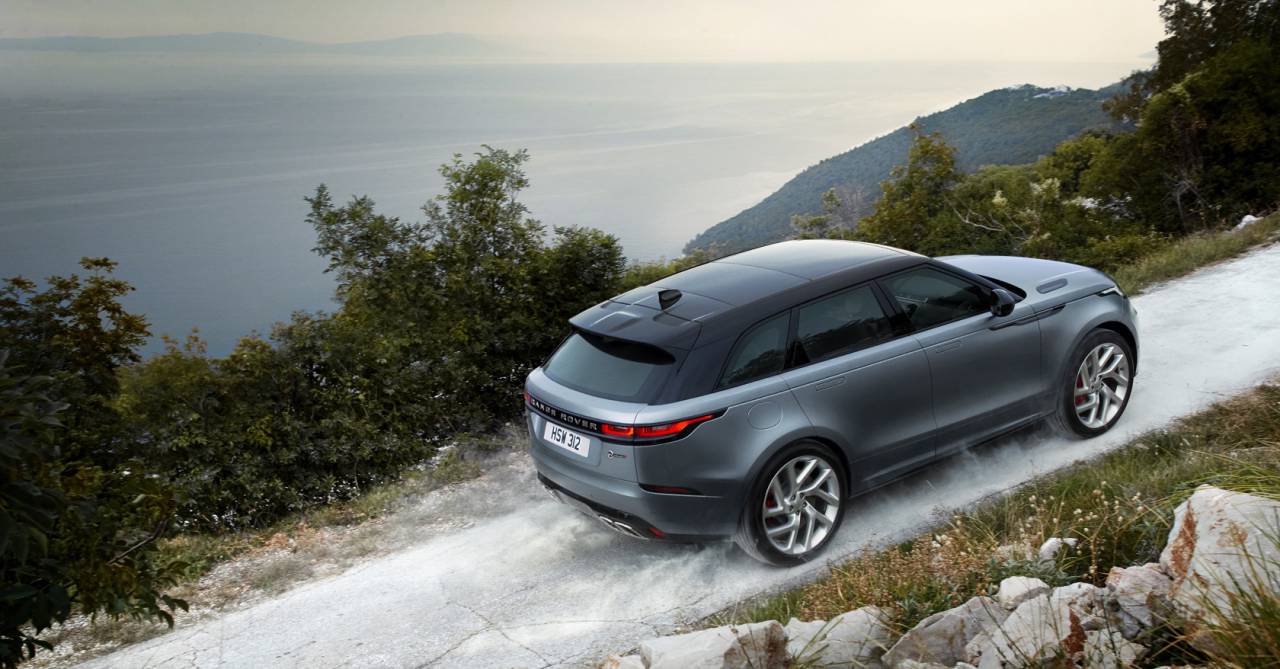 It’s the handiwork of the Land Rover Special Vehicle Operations – SVO – team, and they haven’t stinted on performance. Top speed is electronically limited to 170 mph, and the standard AWD system has been upgraded with a new transfer box to deal with the increase in power. As much as 100-percent of the torque can be directed to the front or the rear wheels, situation demanding. An eight-speed Quickshift transmission and air suspension are standard.

There’s also a revamped Dynamic drive mode, again to take advantage of the bigger engine. That includes changes to the steering, suspension, and transmission settings. For the ears, meanwhile, a new SV Variable Active Exhaust System adds valves to the exhaust system, adjusting the tailpipe sound; it also pays dividends in cutting weight by over 15 pounds and increasing gas flow for better performance. 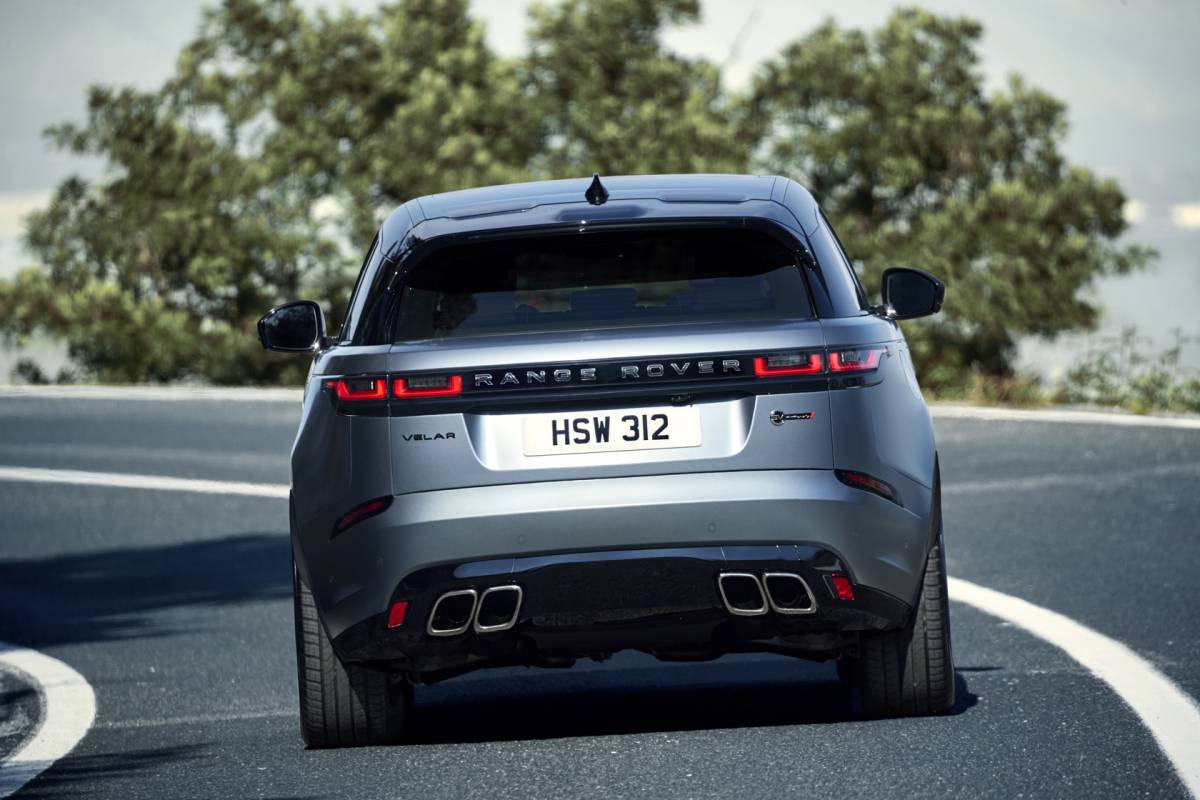 It’s not just more power that the SVO team has added, mind. The 2020 Velar SVAutobiography Dynamic Edition also gets aesthetic and comfort changes inside and out.

For the exterior, there’s a new front bumper with larger air intakes: they’re not just for looks, either, helping feed the supercharged V8 as well as keeping the uprated brakes cool. The grille is new, too, and there are new lower side moldings. At the rear, the bumper has been redesigned, with integrated quad tailpipe finishers. Underneath the SUV, a new transmission under-tray helps smooth airflow for better aerodynamics.

The badging has been finessed, with a knurled metal finish on the Range Rover lettering front and rear. Land Rover will also offer the V8 SUV in Satin Byron Blue, exclusive to the larger engine, with a Narvik Black contrast roof as standard. 21-inch lightweight alloy wheels are standard – and weigh the same as the 20-inch rims on the V6, in fact – while 22-inch Silver Sparkle wheels with diamond-turned edging are options.

15.5-inch front and 15.6-inch brake discs have been used, with two-piece construction for weight benefits. Red brake calipers are fitted, with four pistons at the front and sliding at the rear; gloss black versions are optional.

Inside, double-stitched, perforated, and quilted Windsor leather is standard – not to mention exclusive to the V8 – in Ebony, Cirrus, Vintage Tan, or Pimento. 20-way adjustable heated and cooled performance seats, with memory and massage, are standard too. A sports steering wheel with aluminum gear shift paddle and a contoured rim, sports pedals, and illuminated metal tread plates are included; a carbon fiber pack is optional.

The 12.3-inch Interactive Driver Display – which replaces analog instrumentation – is standard, with bespoke graphics. The InControl Touch Pro Duo infotainment system gets knurled finish dials. On a practical note, there’s still 15.7 cubic feet of trunk space, and 40/20/40 split rear seats, and Land Rover has even increased the size of the fuel tank from 16.5 gallons to 21 gallons.

In short, it’s the Velar that many hoped the original SUV would be. While the streamlined luxury midsize certainly looked the part, and drove comfortably, the allure of the bigger, V8 engine in its larger sibling, the Range Rover Sport, was never far away. This 2020 Velar SVAutobiography Dynamic Edition fixes that nicely. 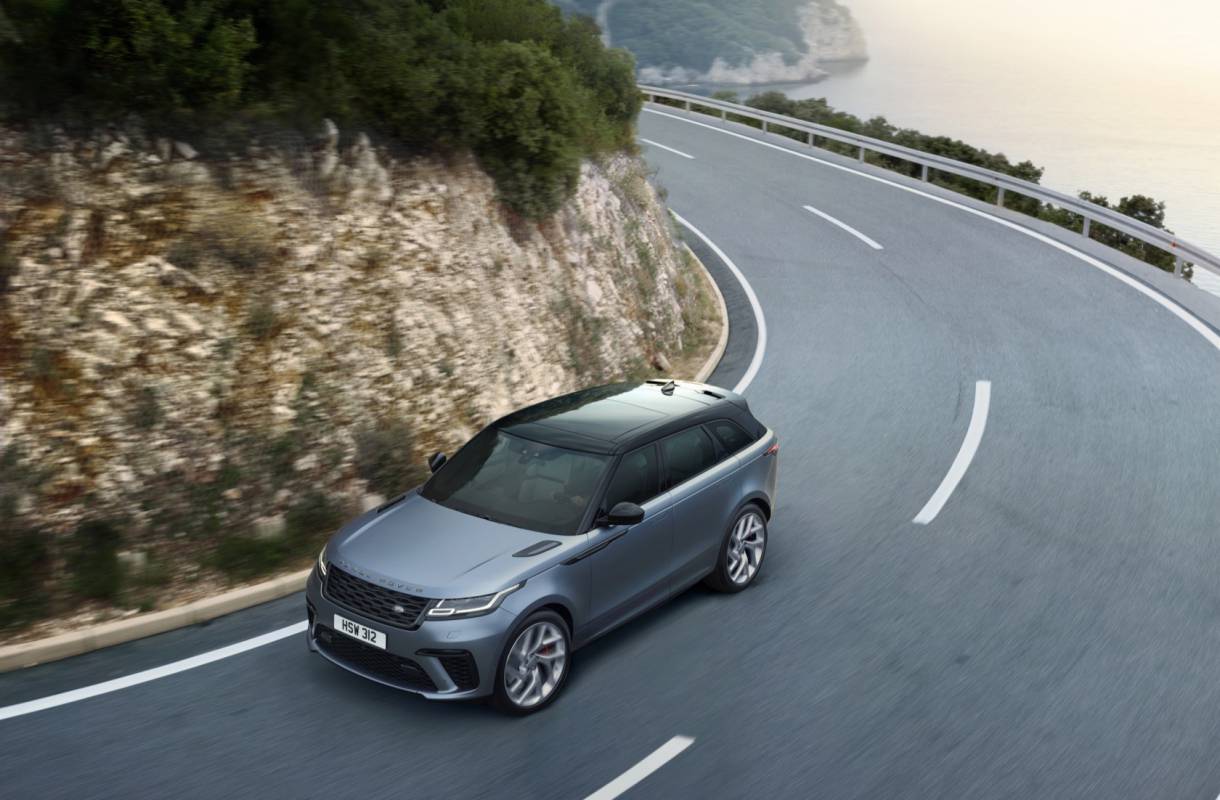 Sadly there’s also a downside. Land Rover says that it will only be offering this particular version of the Velar for one year only, though we’re hoping that after all the hard work involved in bringing the SUV and the supercharged V8 together that it will spawn a longer-lasting version after that. Pricing is yet to be confirmed.