For all the talk that the sedan is dead, there sure are plenty of them. The sales chart rise of the SUV may be steep enough to give even experienced mountaineers vertigo, but three-box four-doors like the Mercedes-Benz A220 4MATIC prove there’s more to the market than its broadest trends.

Point of entry to Mercedes’ range, the A-Class Sedan is the automaker’s most affordable model. Pricing kicks off at $33,650 plus destination: if you want a compact SUV you’re looking at the 2021 GLA for around $2,500 more, and even then that feels a little like a jacked-up hatchback. 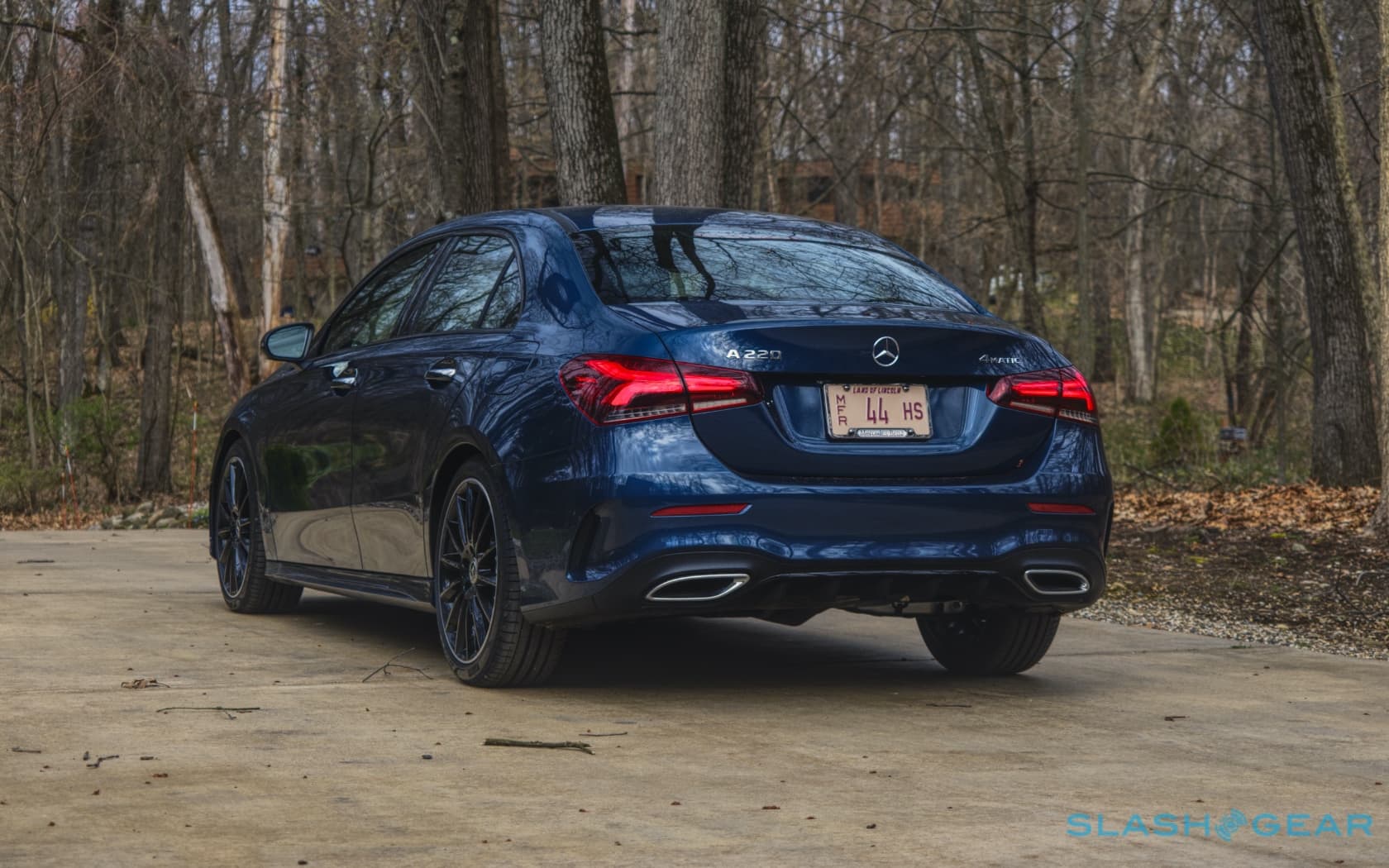 The A220’s styling feels a lot more cohesive, in contrast. Hints of E-Class on the shark-snouted fascia and the flow of the arching roofline; elements of S-Class in the concave surfacing along the side. At the rear is arguably its finest angle, the rounded and pinched trunk giving it a tight, purposeful look. Sure, there’s a hint of Mazda there too, but that’s no bad thing.

Of course, few people actually buy a base spec Mercedes. For the 4MATIC all-wheel drive you can add $2k; the AMG Line body package is $1,950, and the Night package with its blacked-out exterior trim is another $400. 19-inch AMG alloys are a must-spend $800, replacing the somewhat weedy standard 17-inchers. $550 for blind-spot warnings is similarly essential. 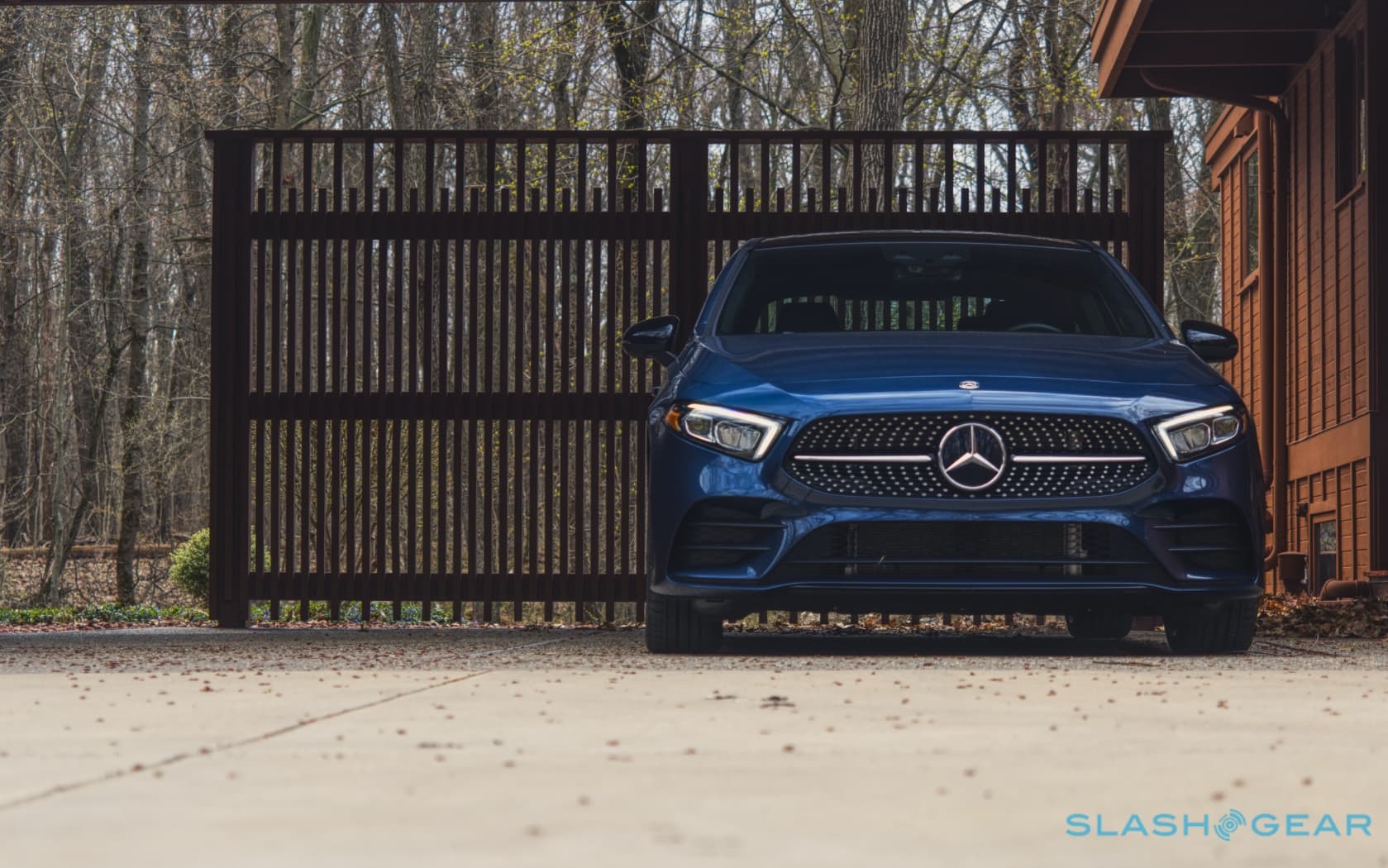 Inside your spending makes even more of a difference. Mercedes’ standard dual dashboard displays are paltry little 7-inch things: the $1,650 Premium Package swaps them for much nicer 10.25-inch panels. Wireless charging is $200, heated front seats another $580, the $1,150 Multimedia Package throws in navigation with augmented reality directions, and $360 gets the AMG sport steering wheel. With a couple of other additions you’re looking at a $45,790 car including the $995 destination, and that doesn’t even get you actual leather seats. 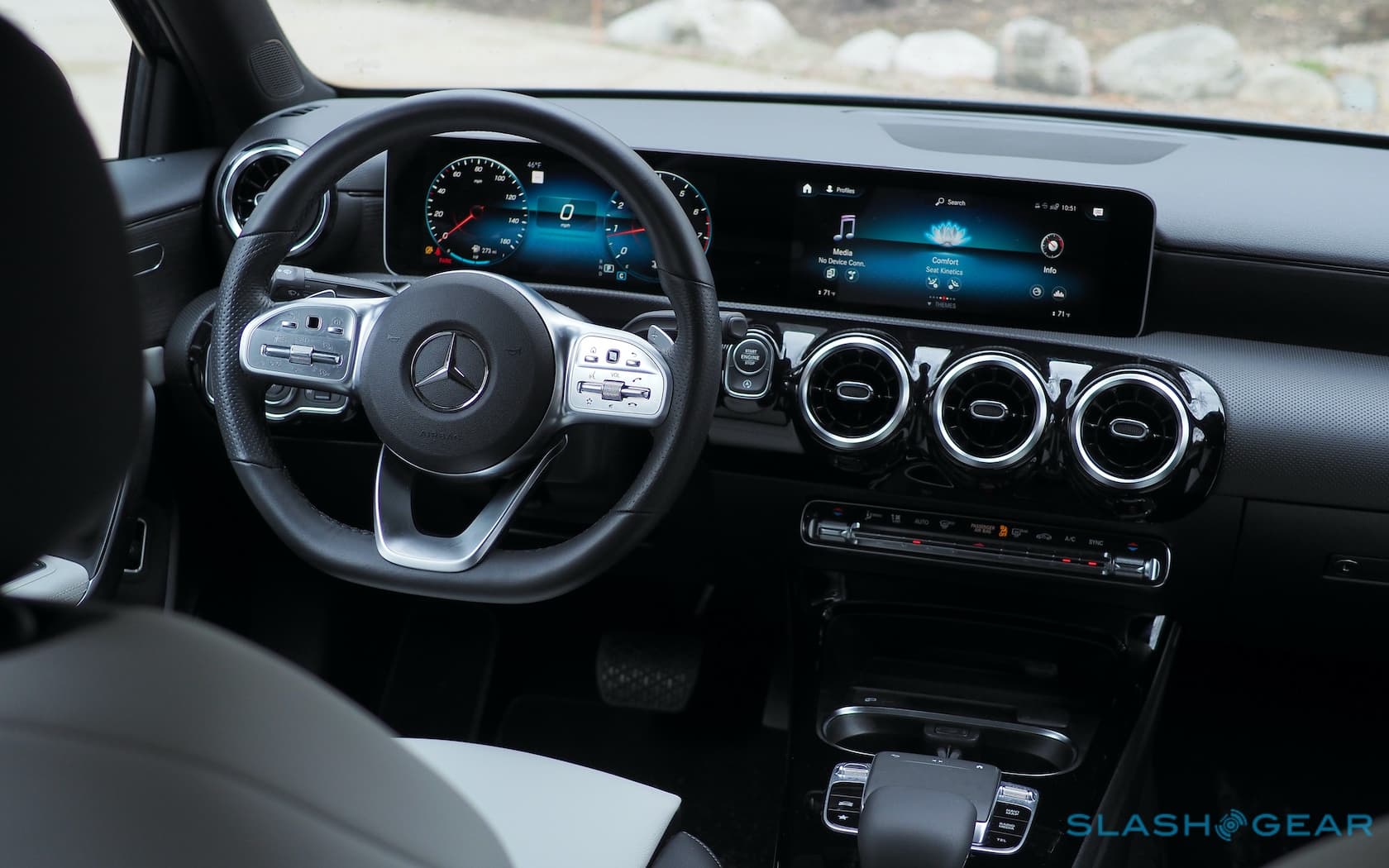 Notably, only one of the extras has a significant impact on how the A220 4MATIC performs. The $850 Dynamic Body Control adjusts the dampers depending on whether you’re in Comfort or Sport modes, in tandem with those settings’ impact on the engine, gearbox, and steering. 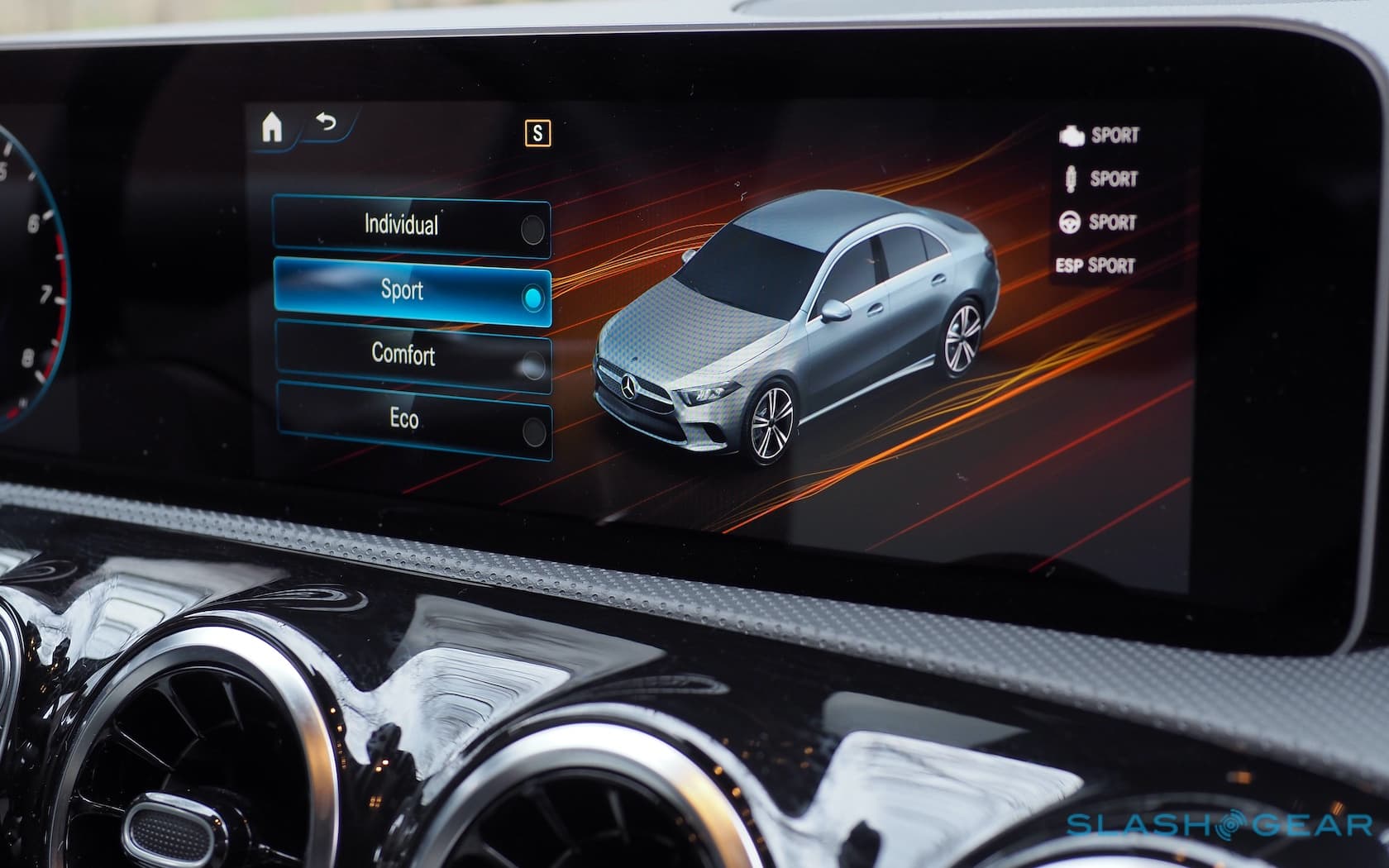 Mercedes’ familiar 2.0-liter inline-four turbo gas engine pairs its 188 hp and 221 lb-ft of torque with a 7G-DCT 7-speed automatic transmission. They’re not the biggest power figures, no, but then the A220 isn’t the biggest or heaviest car out there. Peak torque arrives at a readily-accessible 1,250 rpm, leaving the little sedan feeling punchy and nimble. 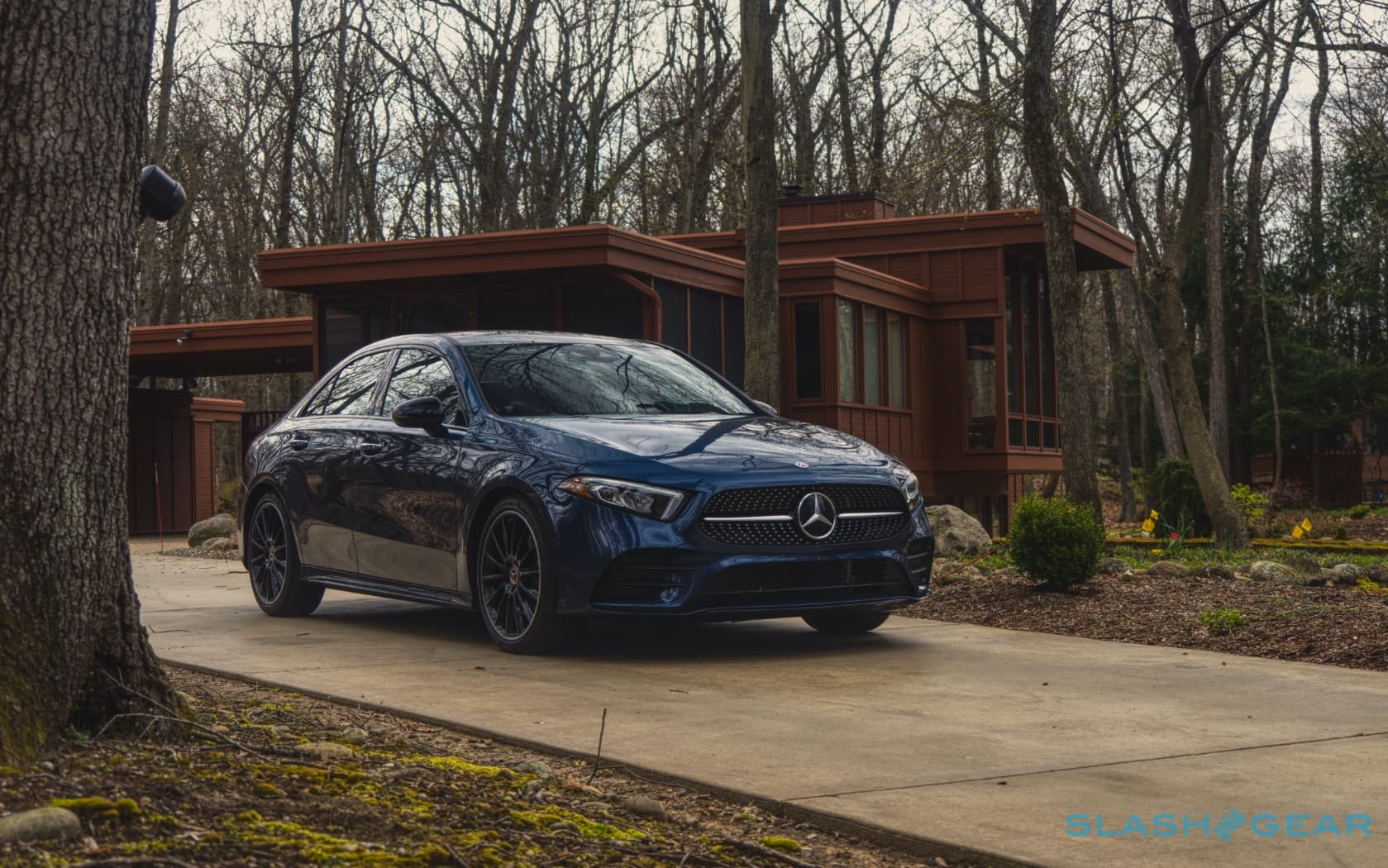 Outright speed was never going to be the game plan, but the little Mercedes feels bright and fizzy when pushed. There’s a nice balance that shows itself in the corners, too, with the A220 able to carry more speed than you’d first suspect it capable of. Dialed back for more sedate cruising, and the adaptive dampers help it avoid being too crashy, though the relatively short wheelbase doesn’t do unruly asphalt any favors. 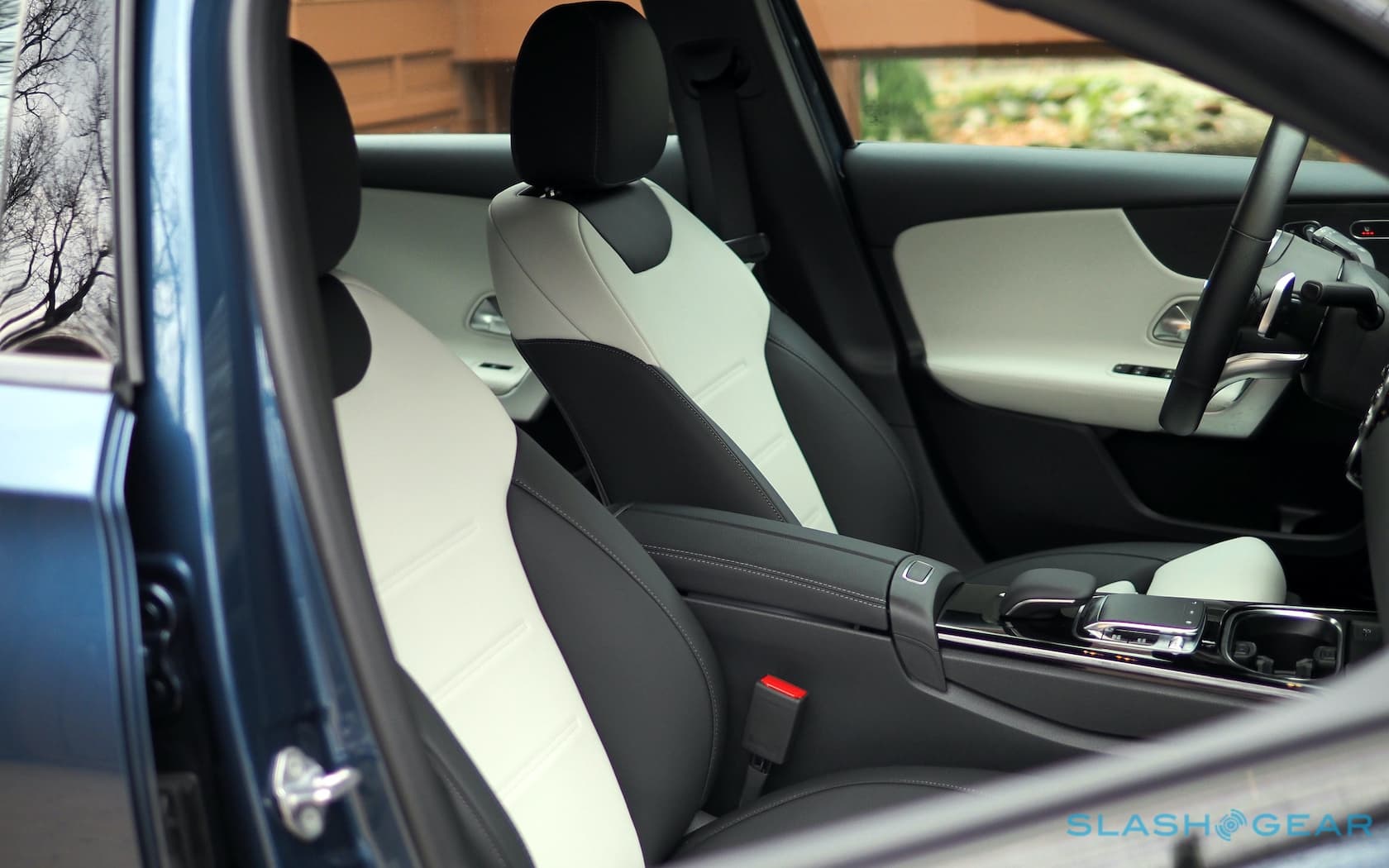 Inside, those up front get the best experience. Mercedes’ seats are on the firm side, but the dashboard is well laid-out and – though it can look and feel a little plasticky in places, with its chrome and piano black trim – seems sturdy enough in most of the spots your fingers will commonly touch. The MBUX infotainment system is crisp and responsive, and I like Mercedes’ cloud-connected natural language speech recognition too. There’s wired Apple CarPlay and Android Auto if you’d prefer your phone’s interface instead. 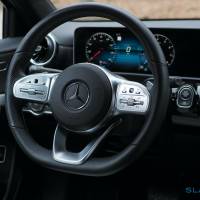 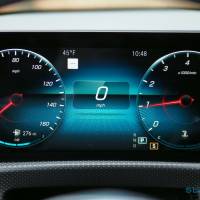 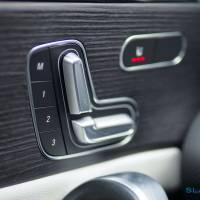 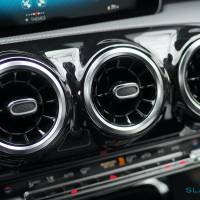 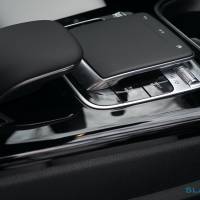 In the back, the standard panoramic sunroof helps avoid it feeling too dark, but the rear seats aren’t exactly swimming in legroom. They split and fold down to expand the diminutive 8.6 cu-ft trunk, at least. 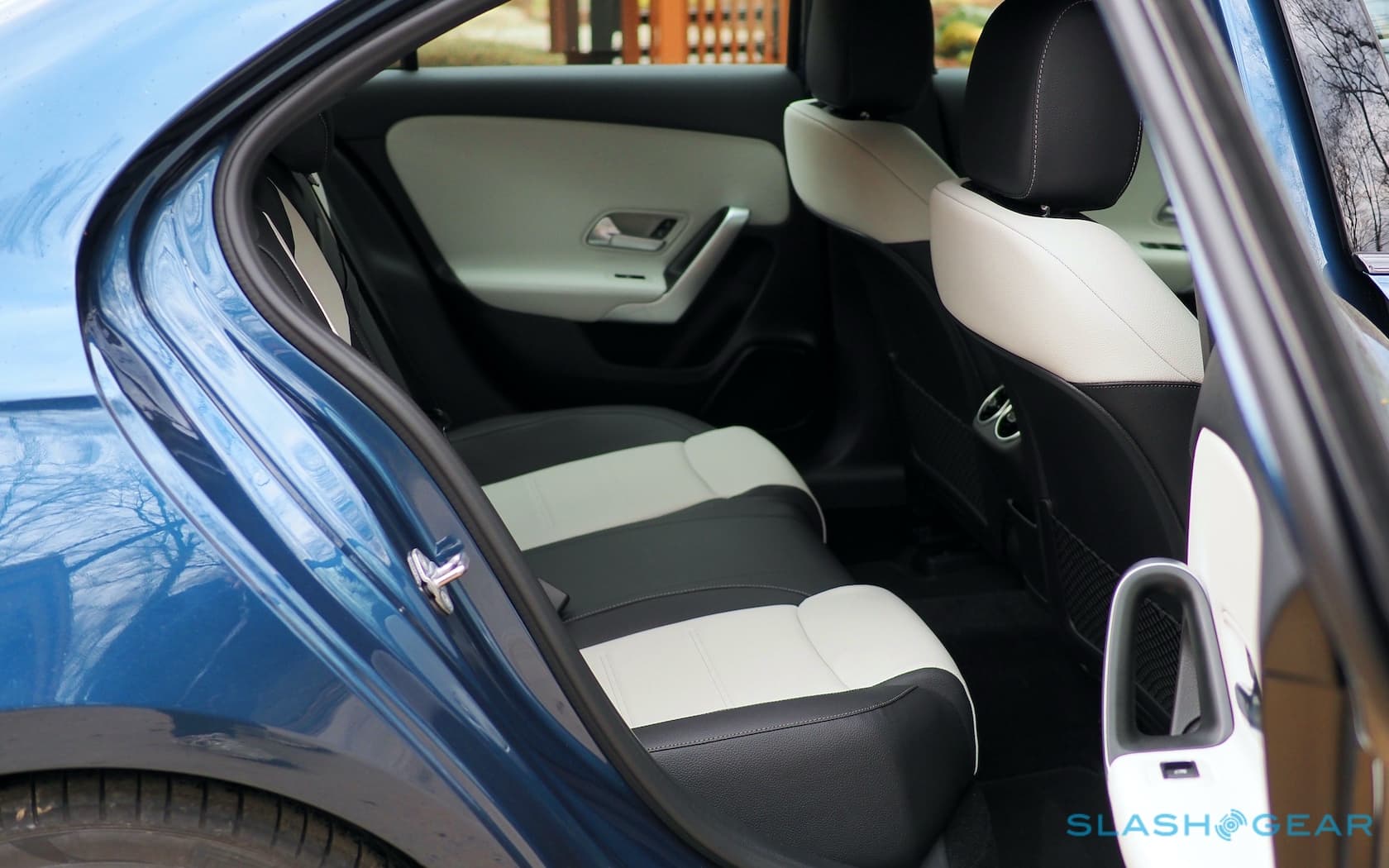 As for economy, the EPA says you can see 24 mpg in the city, 34 mpg on the highway, and 28 mpg combined. Leaving off 4MATIC only nudges up the highway score by 1 mpg, incidentally; a tiny boost that hardly makes up for the loss in winter traction.

SUVs and crossovers may be flying off dealer lots, but even with their growing market share that leaves a whole lot of sedan sales each year. On the one hand, then, the A220 is a calculated play for those still wanting an “old school” silhouette from their luxury car, but who are budget conscious along with it. All the same, don’t let that cynicism distract you from the fact that it’s also an unexpectedly good car on its own merits. 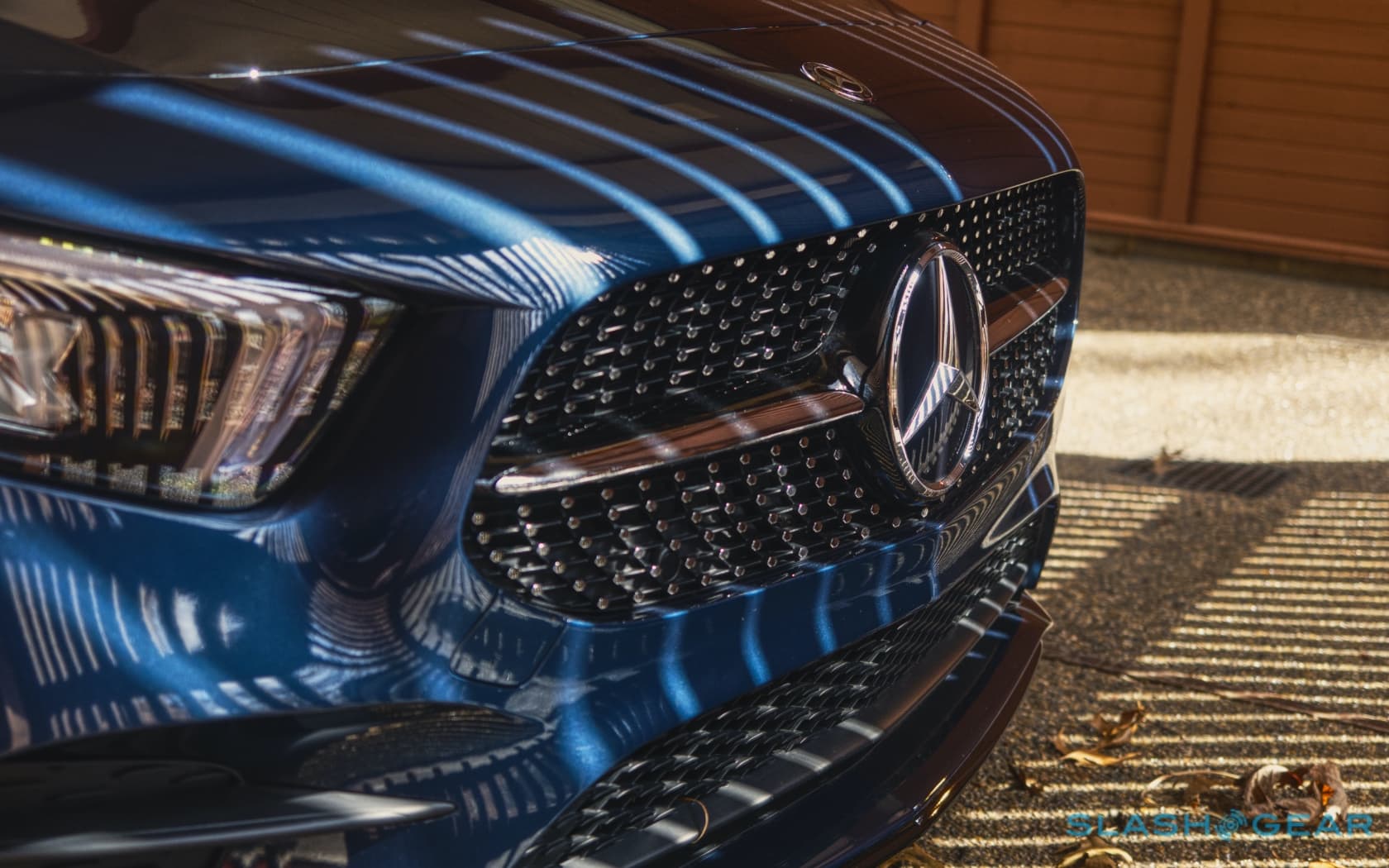 Ignore the starting price, and be selective with the right mix of options, and you’re getting one of Mercedes’ more cohesive designs of the moment along with a drivetrain that rewards more than the on-paper numbers might suggest. Yes, there’s the significantly more potent AMG A35 4MATIC with its 302 horsepower, but day to day there’s plenty of fun to be had squeezing the best out of the A220’s humbler digits.

While the bigger Benz may be known for their stately comfort, the A-Class is more playful. That’s reason enough to buck the crossover trend, assuming you can sacrifice the GLA’s bigger back seats for the A220’s snugger accommodations and more shapely roofline.