Lexus has announced a new limited-edition ride that only 100 people will get to enjoy. The car is called the 2020 Lexus LC 500 Inspiration Series and it comes in an exclusive Nori Green Pearl exterior color. Lexus says that the shade of green compliments the angles of the LC’s design. The car rolls on a set of 21-inch two-tone wheels.

The interior of the LC 500 Inspiration Series gets special treatments with what Lexus calls “rich Bespoke Saddle Tan” color that is the softest and highest grade leather in the entire Lexus line. The color is unique to the Inspiration Series and complemented by a darker shade of Alcantara trim on the door panels.

To contrast with the Aniline leather-trimmed seats, the steering wheel, dash, center console, and doors are trimmed with Black Amber leather. Each of the 2020 LC 500 Inspiration Series cars has a custom sill plate that marks the limited-edition nature of the car. The color and interior are the only changes to the car for limited-edition status.

The naturally aspirated 5.0-liter V8 engine makes 471 hp, the same power output as other LC series cars. Power goes to the road via a 10-speed automatic transmission that sends power to the rear wheels via a standard limited-slip diff. 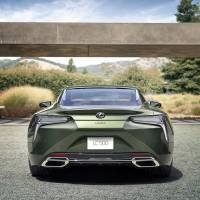 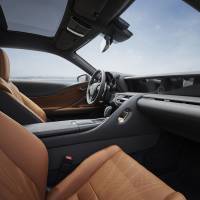 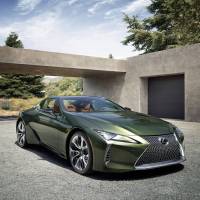 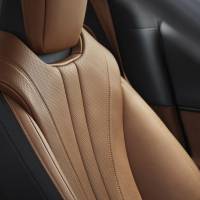 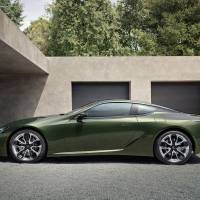 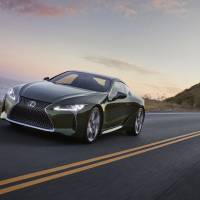 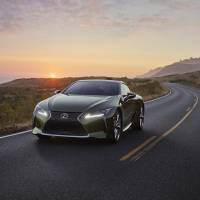 Lexus says that the car can reach 60 mph in 4.4 seconds. Lexus will launch the Inspiration Series this fall, and all 100 of the units will come to the States. It’s unclear if other countries will get the LC 500. Lexus plans to announced pricing alter this fall, closer to the on-sale date. The car is very nice looking with the subtle green color giving the car more of a premium feel rather than sporty.