Honda has polished up its popular Civic Si, with both the 2020 Civic Si Coupe and 2020 Civic Si Sedan getting style and performance updates while keeping the purist features. From the front, both body styles look more aggressive, with a revamped “wing” grille crossbar and new styling to the lower bumper.

That includes gloss black surrounding trim to the fog lamp housings, along with a body-color crossbar. Flanking the grille are new multi-element LED lamps, which Honda says not only look better but should add up to a wider and longer beam of light. The fog lamps have been redesigned, too. 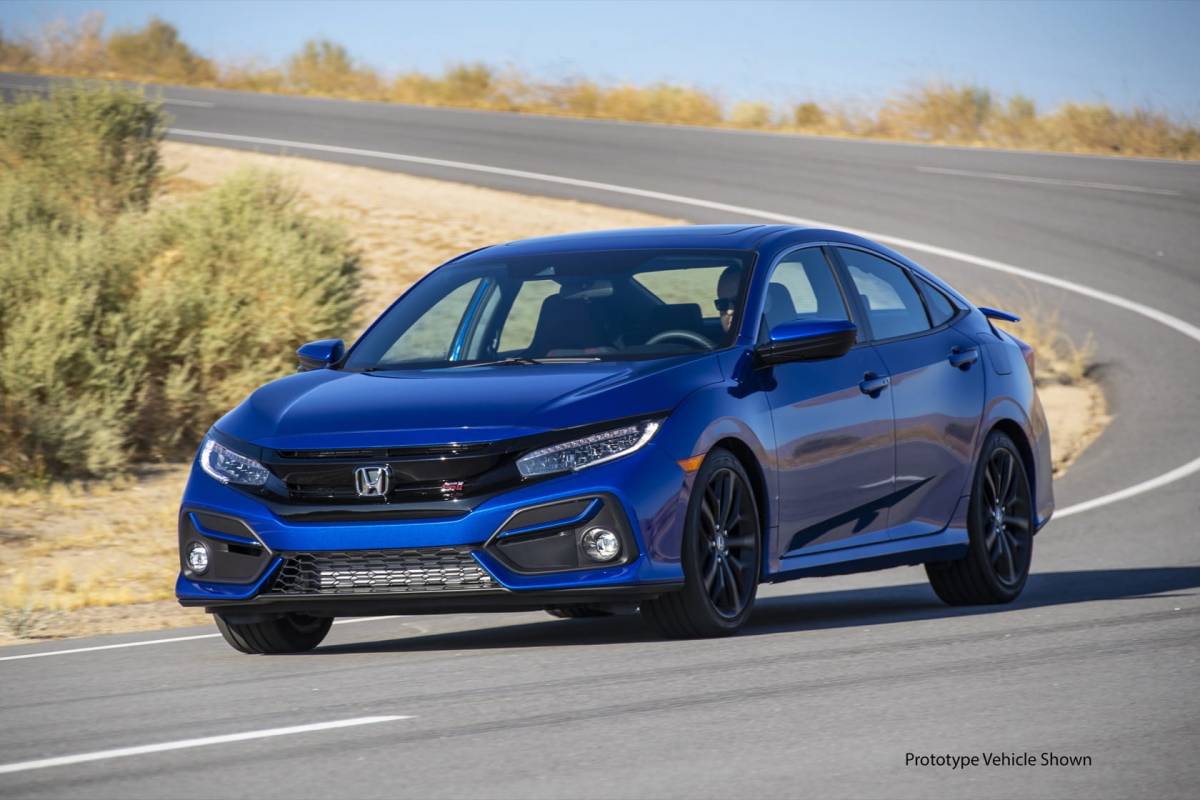 For the 2020 Civic Si Sedan, there’s a new lower super treatment, which picks up on the gloss black detailing of its counterpart at the front. Both the Sedan and Coupe get new 18-inch wheels, with a matte black finish. They’re shod in all-season performance rubber as standard, with summer tires a factory option. 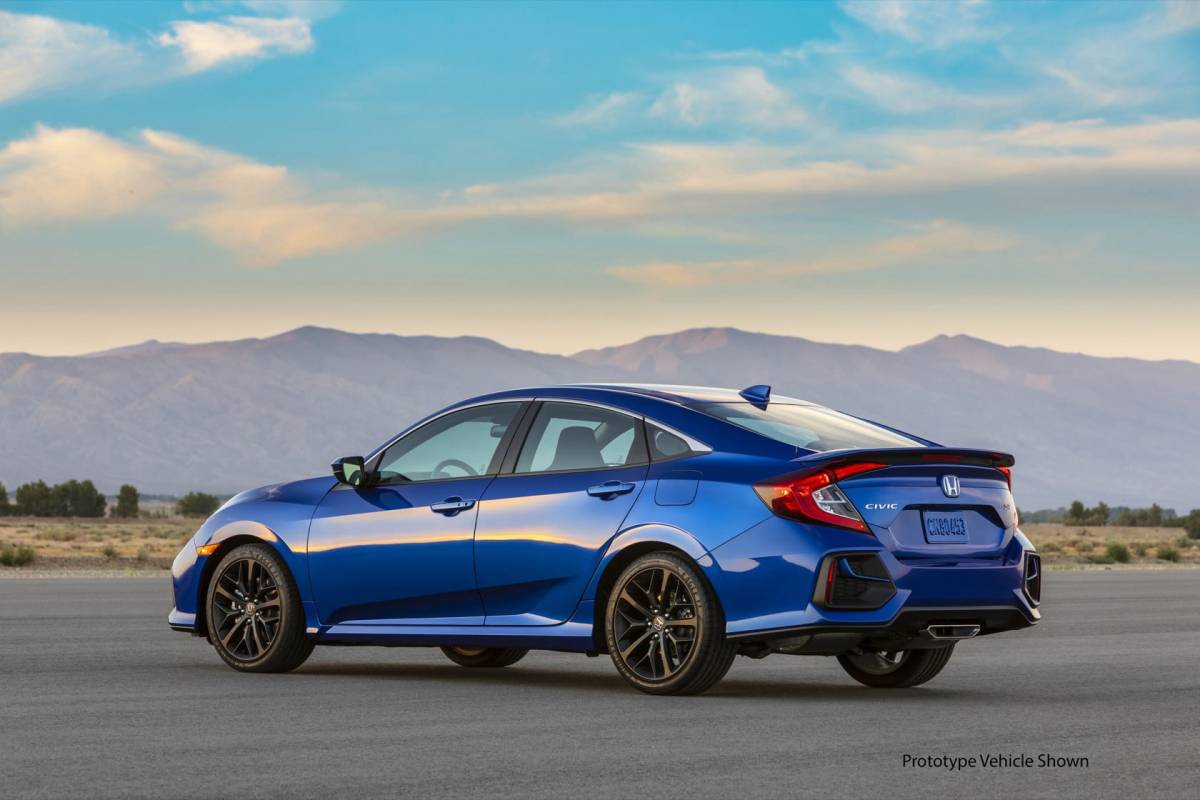 Step inside, meanwhile, and there are redesigned sports seats. They get red accents on the seat bottom and back, matching the new red trim on the instrument panel. Android Auto and Apple CarPlay are standard. 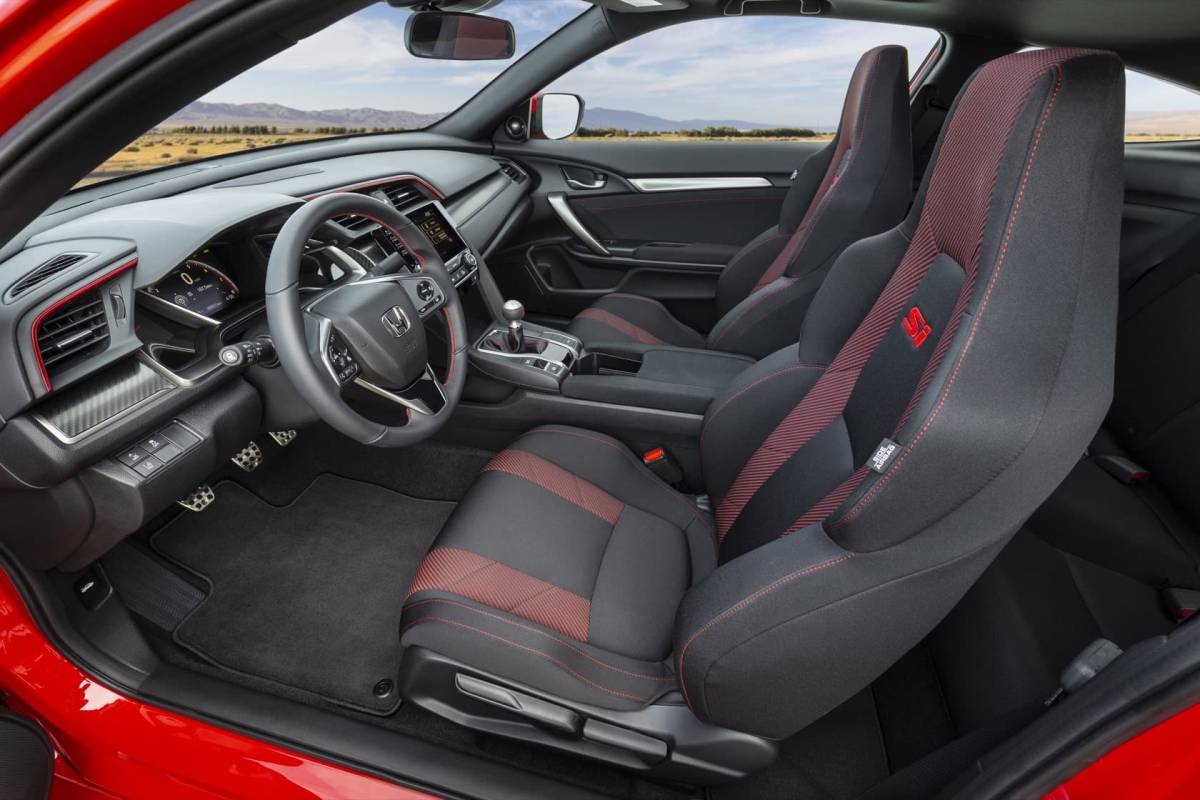 Sure, the 2020 Civic Si isn’t quite as fearsome as a Civic Type R, but that’s not to say it’s going to be slow. The 2020 model year keeps the 1.5-liter DOHC direct-injected turbocharged 4-cylinder engine, tuned in this case for 205 horsepower at 5,700 rpm and 192 lb-ft of torque between 2,100 and 5,000 rpm. Keeping purists happy is the standard 6-speed manual transmission. 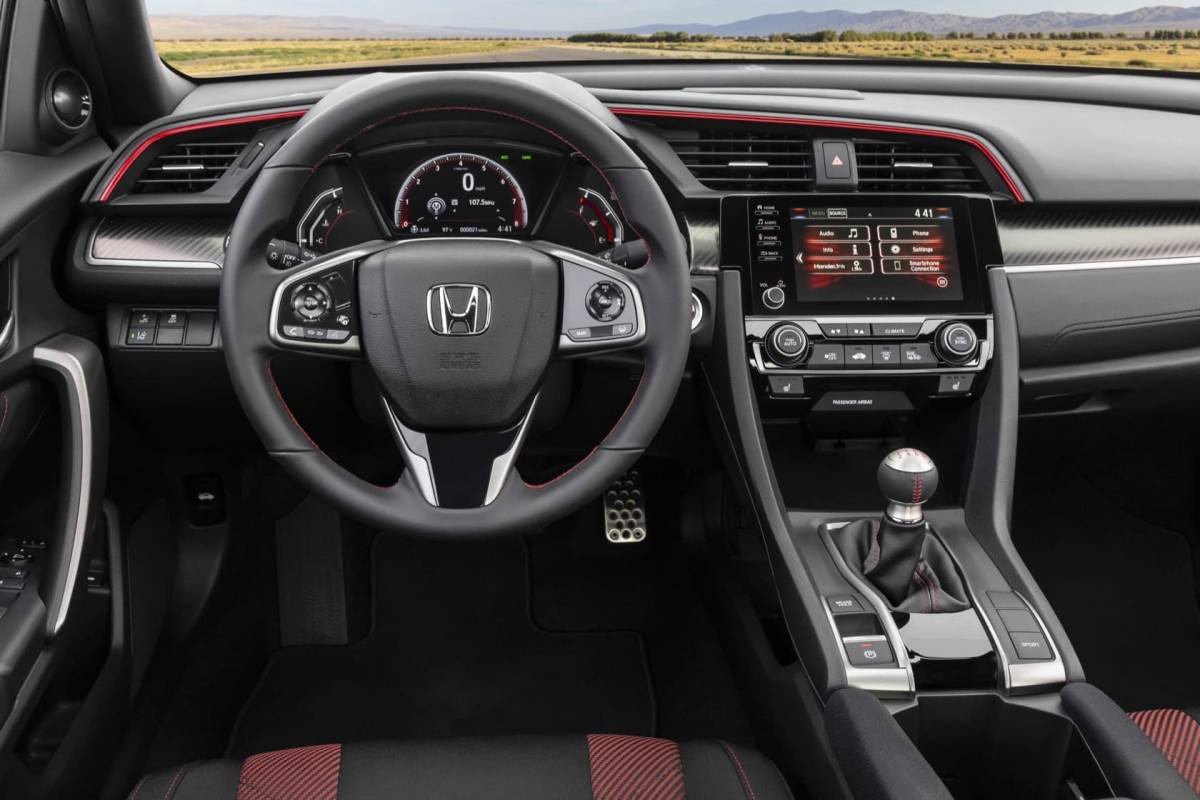 While the power figures may not have changed, the way that power reaches the road has. Honda has adjusted the final-drive ratio, cutting it by 6-percent, which the automaker says should improve the acceleration feel. 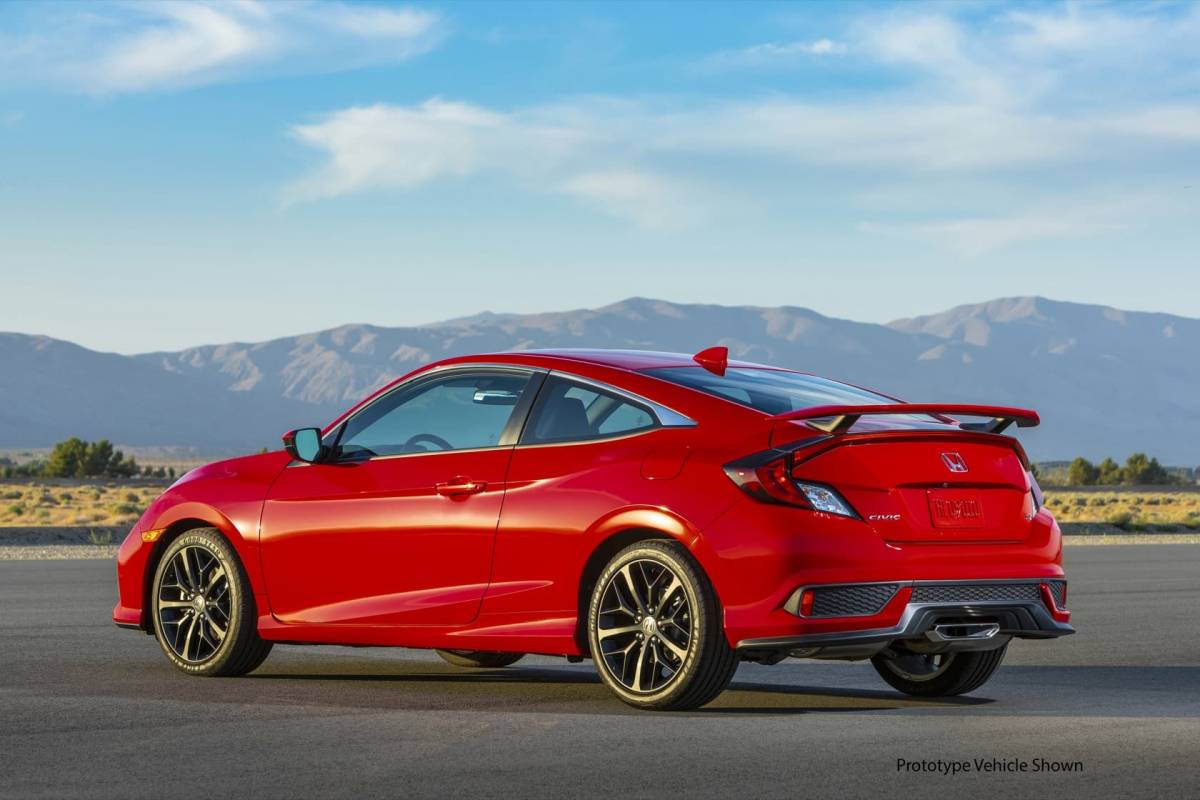 Honda Sensing is standard on both body styles, including automatic high beams. Active Sound Control has been added to the 2020 model year cars, too, which basically uses the audio system to “enhance” the sound of the engine. It’s likely to be controversial among fans. 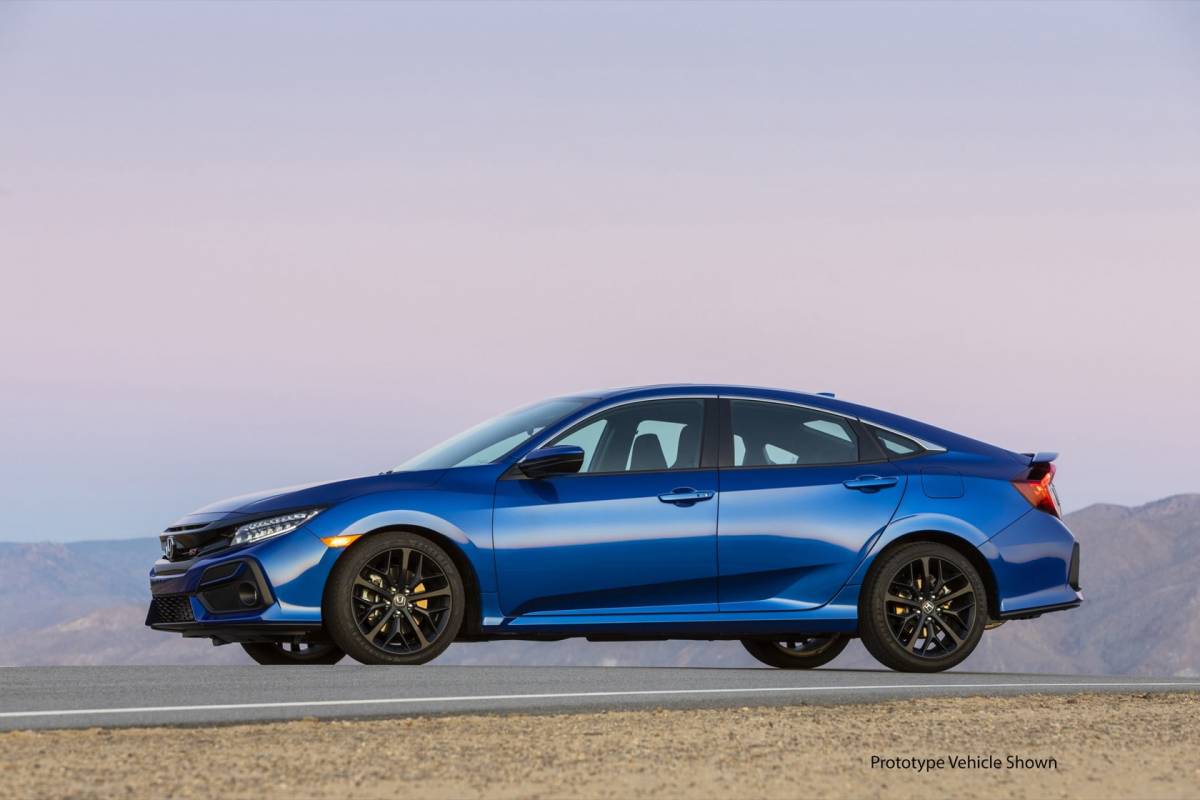 The 2020 Civic Si will arrive in dealerships on September 6, Honda says. It’ll be priced from $25,000 for either body style, plus $930 destination; adding the summer tires will be a $200 premium on both models.