Nissan has been making its sports car, the Z, for 50 years now. To celebrate the five-decade milestone for the ride, Nissan is offering up the 2020 370Z 50th Anniversary Edition that has interesting livery and touches for the commemorative model. The red on white or black on silver livery is meant to celebrate the same racing livery that appeared on the original Datsun 240Z that came to the US 50 years ago.

The livery is an homage to the #46 BRE (Brock Racing Enterprises) Datsun 240Z that won multiple SCCA National Championships driven by John Morton. The 2020 370Z will come in three trim levels including base, Sport, Sport Touring, and 370Z Nismo. The 370Z Sport is the base car used for the 50th Anniversary Edition.

Both the red on white and the black on silver cars have the same livery style with the trunk, hood, side mirrors, and a-pillars painted on. The two small stripes on the side are painted on as well. It’s great that Nissan painted the livery on these cars rather than resorting to vinyl. Taking care of the car over the years with washing and waxing is very hard when a car has lots of vinyl applied.

The car has LED daytime running lamps and high-intensity discharge bi-functional xenon headlights with auto on/off. Inside the car is an interior that has special “50th Anniversary” badge on it and leather and suede heated 4-way power seats with adjustable lumbar support. The 50th Anniversary logo is embossed on the backrests of the sets. 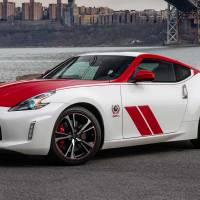 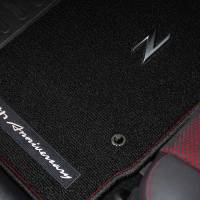 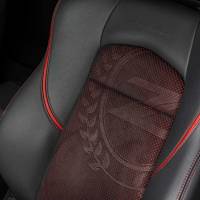 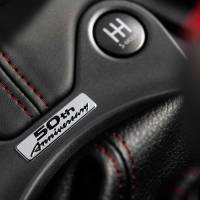 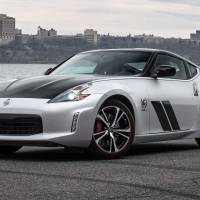 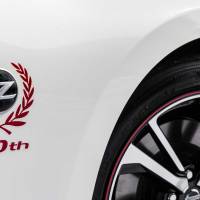 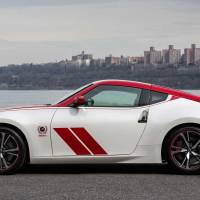 Dark chrome accents are used inside the car along with kick plates that have the Z logo on them. All US 50th Anniversary models come standard with a Bose audio system that has dual subwoofers, active noise cancellation, and active sound enhancement. Power is from the standard 3.7L V6 engine making 332hp and 270 lb-ft of torque. Nissan pairs that engine with a 6-speed manual or 7-speed automatic. Pricing and availability are unclear at this time.