SUVs are one of the fastest growing segments in the automotive industry, which makes now the best time to put one’s best SUV foot forward. Jeep, a name more associated with offroad vehicles, broke into the SUV market with the Cherokee as far back as the 70s. But as it expanded its portfolio, adding the luxury Grand Cherokee to its roster, the Cherokee seemed to have gotten left out of the massive changes, the grand innovations, and the big splashes. And so for 2019, Jeep is giving the SUV a much-needed pampering, giving the Cherokee a new face, a new interior, and a new powertrain, all while keeping it an unmistakable part of the Jeep family.

The SUV segment is an important one for the car maker. After all, it claims to make up the largest SUV segment on the planet, with 9 million unit sold across the globe, a third of which were sold in North America. In 2017 alone, it was able to sell 1.4 million worldwide. 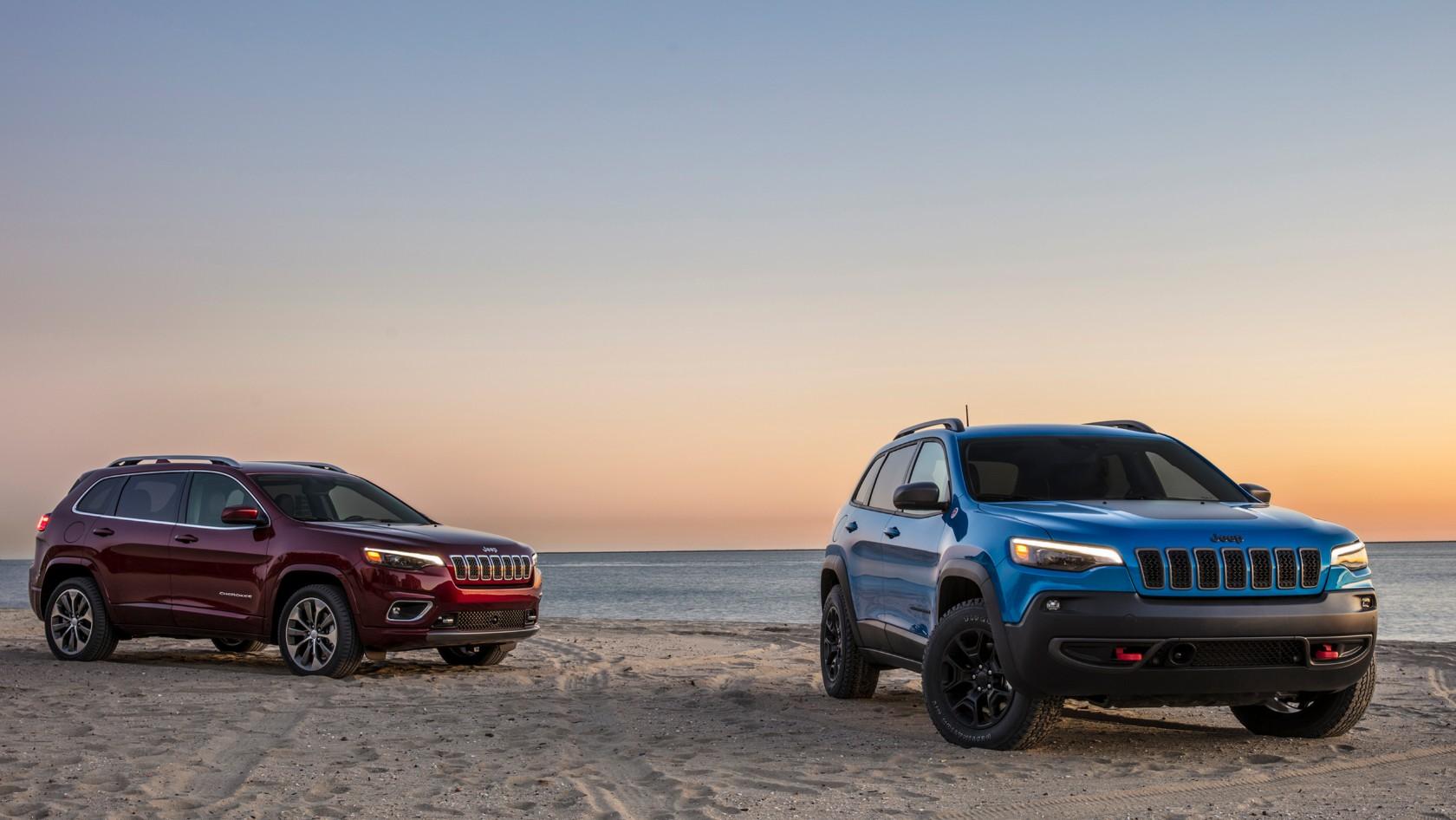 But while its sales were strong, the Cherokee itself seemed to have been overshadowed by its siblings. Comparing its product range to a family made of related but unique members, the Cherokee was like that awkward teenager that got left behind and needed to grow up a little bit. That growing up is happening in the 2019 Jeep Cherokee.

Jeep didn’t need to overhaul the Cherokee’s design. It already had a mold to use. For the 2019 SUV model, Jeep decided to bring the Cherokee closer to its premium SUV, the Jeep Grand Cherokee, in terms of design while still keeping its own unique identity. It inherits the Grand Cherokee’s proud-looking face, but tones down the grille a bit. The raised leading edge of the hood gives it more of a blunt shape but still retains the mature look of the luxury SUV. LED projection headlights look and perform great. 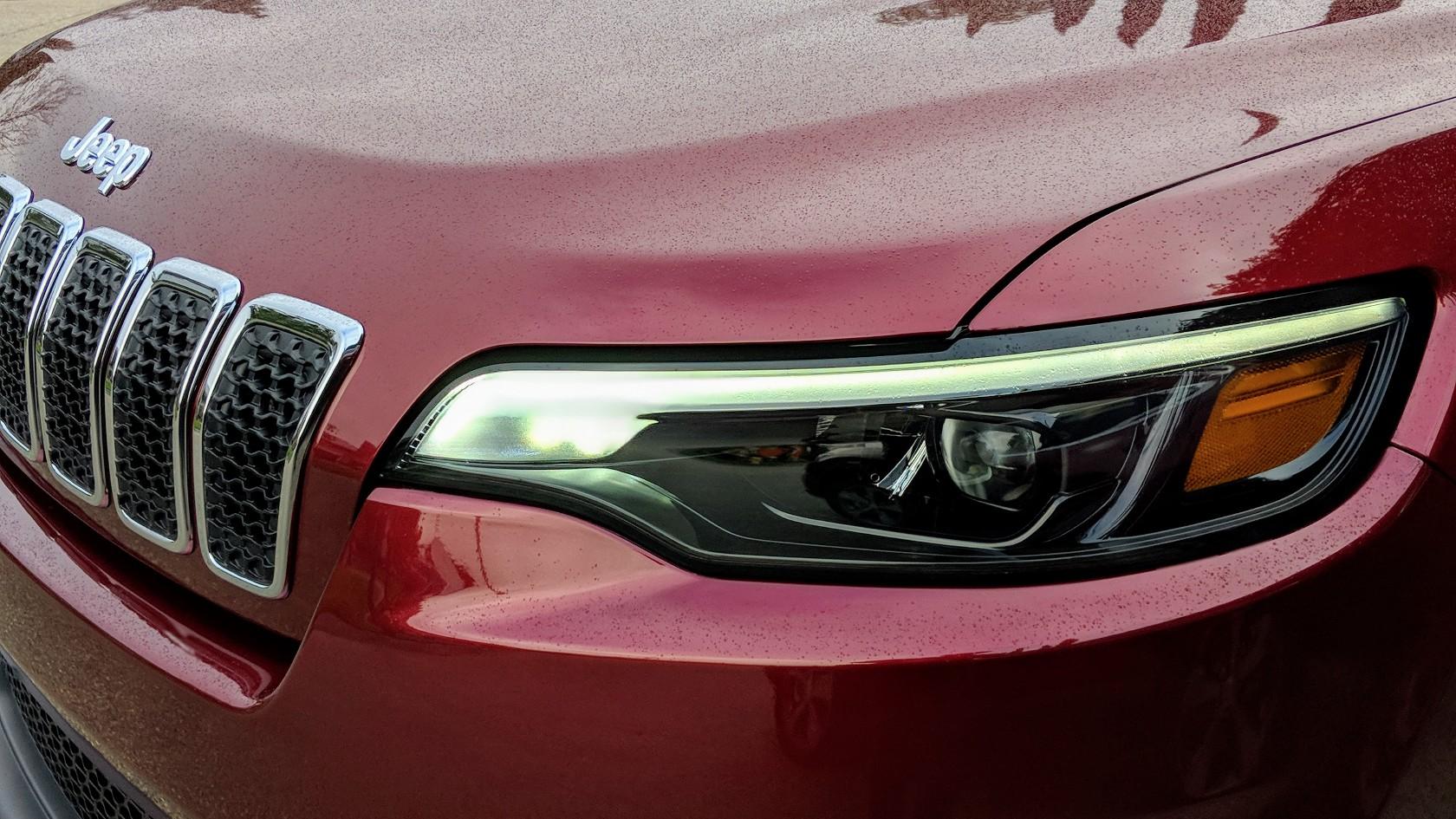 In the rear, the license plate no longer sits on the rear bumper and has been moved up to the tailgate. As expected in this segment, swiping your foot under the bumper releases the liftgate. Jeep took pains to make the trunk not only spacious but usable: its 25.8 cubic feet has been reconfigured to fit two sets of golf clubs. Should you need more room, folding down the rear seats boosts cargo capacity to 54.9 cubic feet. 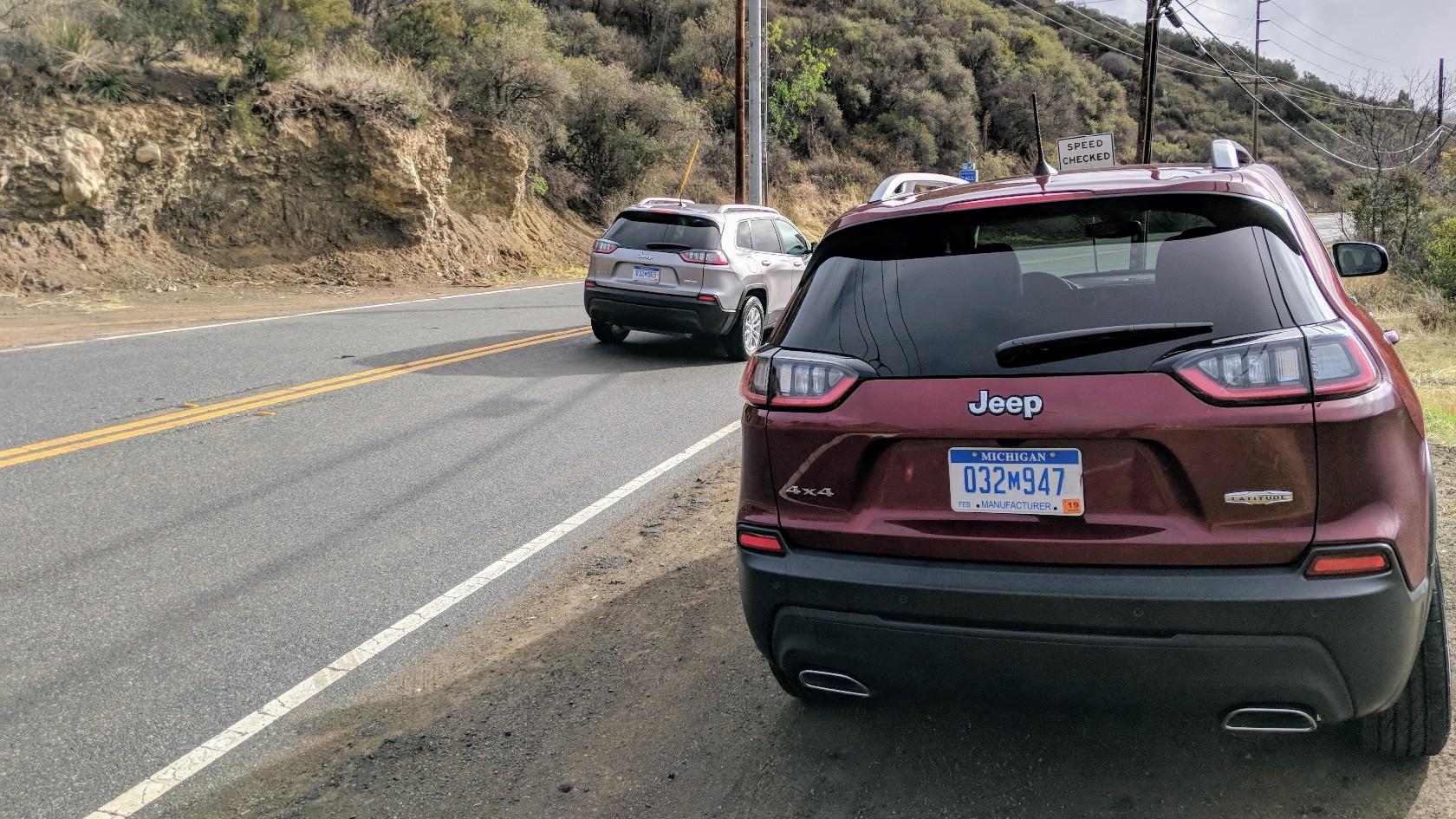 Inside, Jeep continues its globetrotting with the cabin color motifs, taking inspiration from places around the globe. The Latitude and Latitude Plus sport a design patterned after Iceland’s black volcanic rocks and blue-grey ice water; the Overland’s Dark Sienna colors are, meanwhile, taken from Marrakesh’s deep browns. Whichever the trim and color, the 2019 Cherokee’s interior now delivers more streamlined controls along with greater cargo capacity.

It’s under the hood where the main changes take place, since the 2019 Cherokee also upgrades its powertrain. The Latitude, Latitude Plus, and Limited now have a base 2.4 cylinder gas engine with 180 HP and 170 lb-ft of torque. The Trailhawk and Overland now a 3.2 V6 gas engine with 271 HP, 239 lb-ft of torque, and 3,500 lbs of towing capacity as standard. Jeep’s biggest improvement, however, is its new 2-liter direct injection twin-scroll turbo gas engine, yielding 270 HP and 295 lb-ft of torque. In addition to those numbers, all trims come with electronic start-stop (ESS), an engine oil heater, and two four-wheel drive systems, three on the Trailhawk.

After spending a decent amount of time behind the wheel of the new 2.0-liter, I struggled to notice any turbo lag. Indeed it feels impressively punchy – courtesy of the additional 30 lb-ft of torque – and every bit as potent on and off the road as the V6. 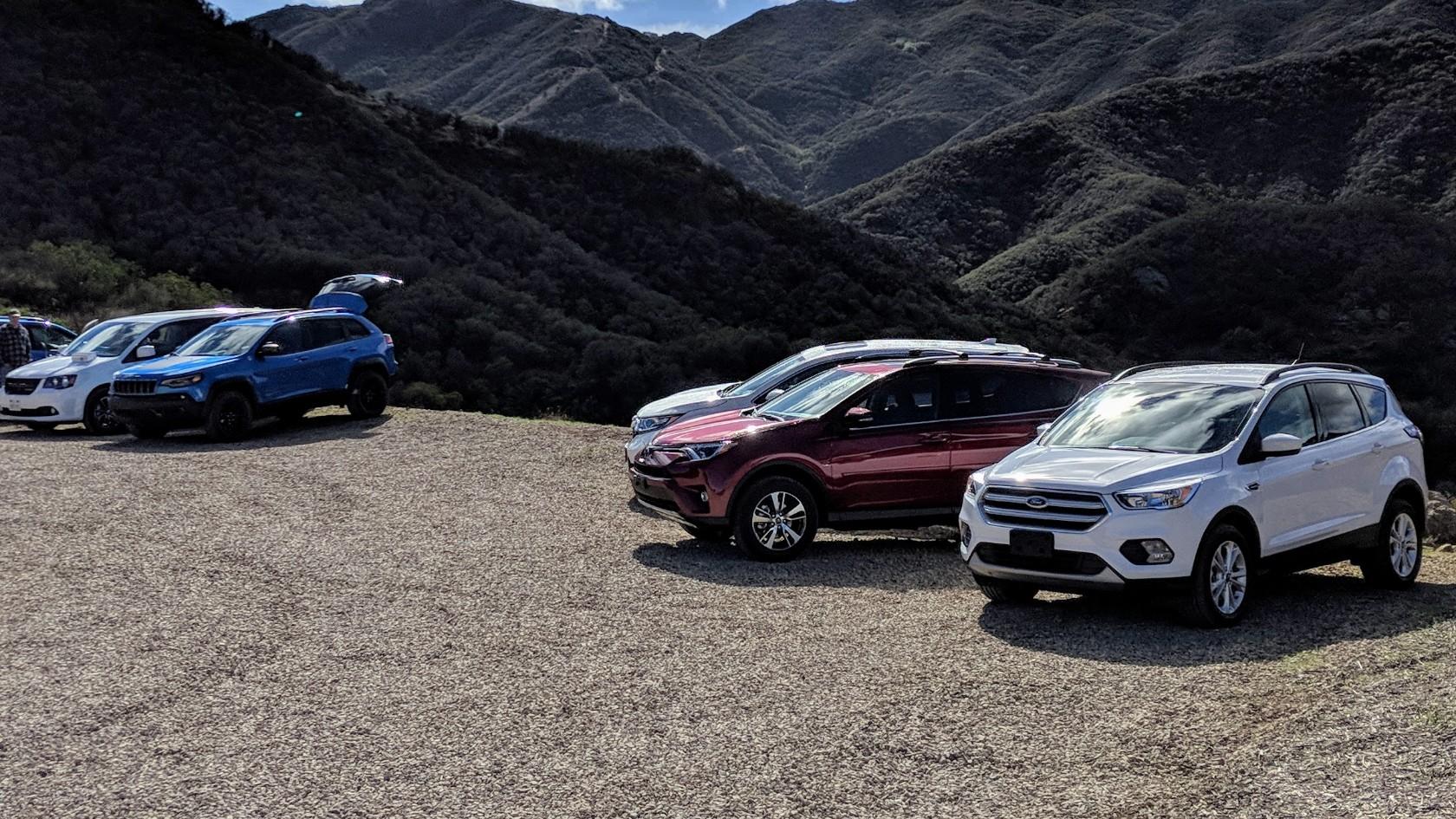 Think of the Cherokee as the attainable midsize SUV capable of competing with the likes of Honda CR-V and Toyota RAV4, but with the added bonus of Jeep’s off-road performance. What’s a Jeep event without some sort of off-road obstacle, right? So off-roading we went. To be fair, the automaker had selected a fairly moderate course for us and, though competitor cars were on hand for driving on the road, Jeep wasn’t allowing them to partake in the off-road course for side-by-side comparisons.

Instead, I focused on the new 2019 Cherokee Trailhawk, with its Active Drive Lock 4X4 system that allows you to lock the rear differential. Throughout the course, switching between different terrains was as tapping a couple of buttons and twisting the Selec-Terrain traction management knob. 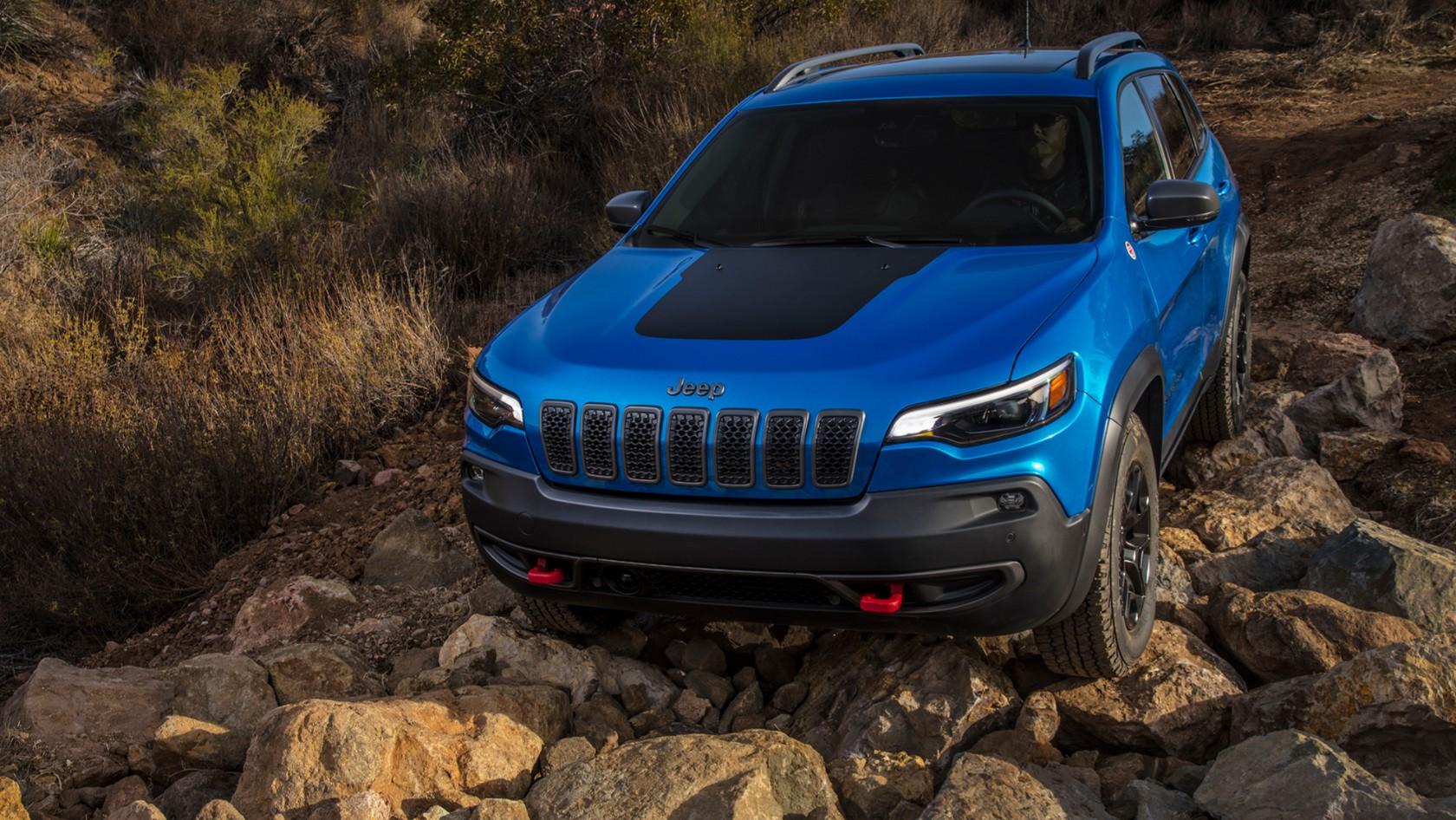 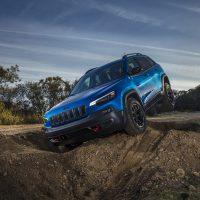 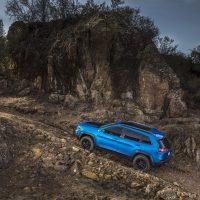 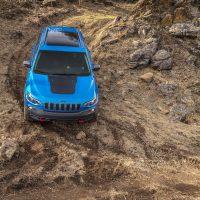 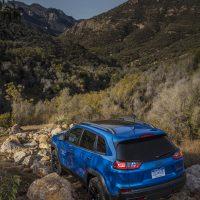 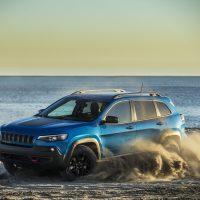 The five Selec-Terrain traction off-road modes consist of AUTO, SNOW, SPORT, SAND/MUD, and ROCK. For the off-road portion, we stuck to the SAND/MUD and ROCK modes, which are programmed to distribute different power ratios to the front and rear axles, and allowing for various amounts of wheelspin in order to tackle uneven terrain.

Crawling through large/uneven – and often giant – boulders was a walk in the park for the new Cherokee in ROCK mode. A large section of the trail required climbing and descending an extremely steep hill, but in SAND/MUD mode the Cherokee fair glided right up and down. That’s in no small part down to its relatively large approach angle of 29.9 degrees, and departure angle of 32.2 degrees. 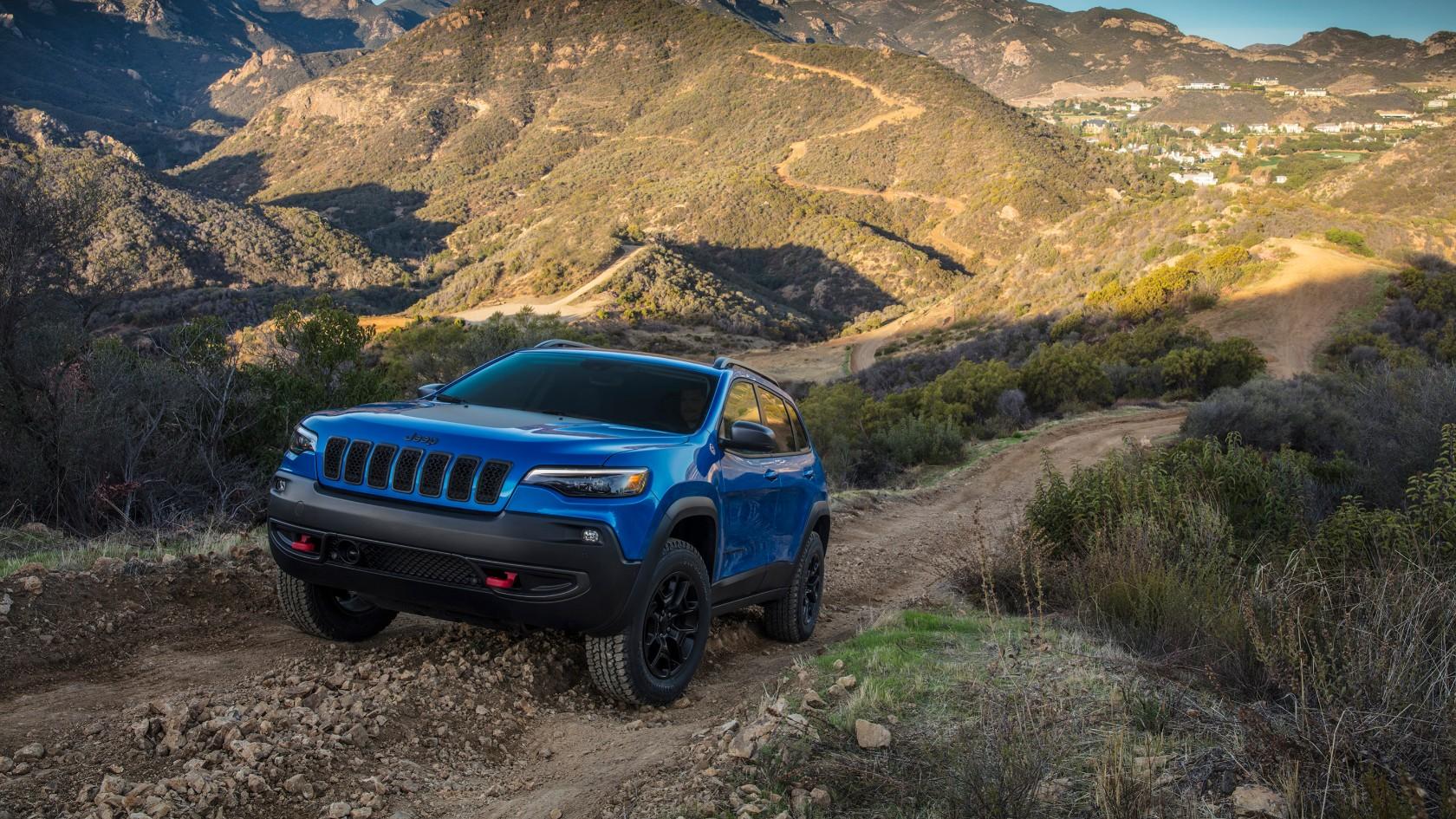 After completing the course, I found it impressive that there wasn’t a single scratch to be found anywhere. That probably speaks more to Jeep’s legendary off-road performance than my own trail skills.

On the road, meanwhile, the Cherokee feels nimble thanks to the all-around improvement to the drivetrain, engine configuration, and of course shedding a total of 150 pounds in weight. Jeep claims that owners can expect better fuel economy regardless of the engine selection, too; final EPA numbers aren’t available yet, but expect the new 2.0-liter to come in slightly better than the V6. 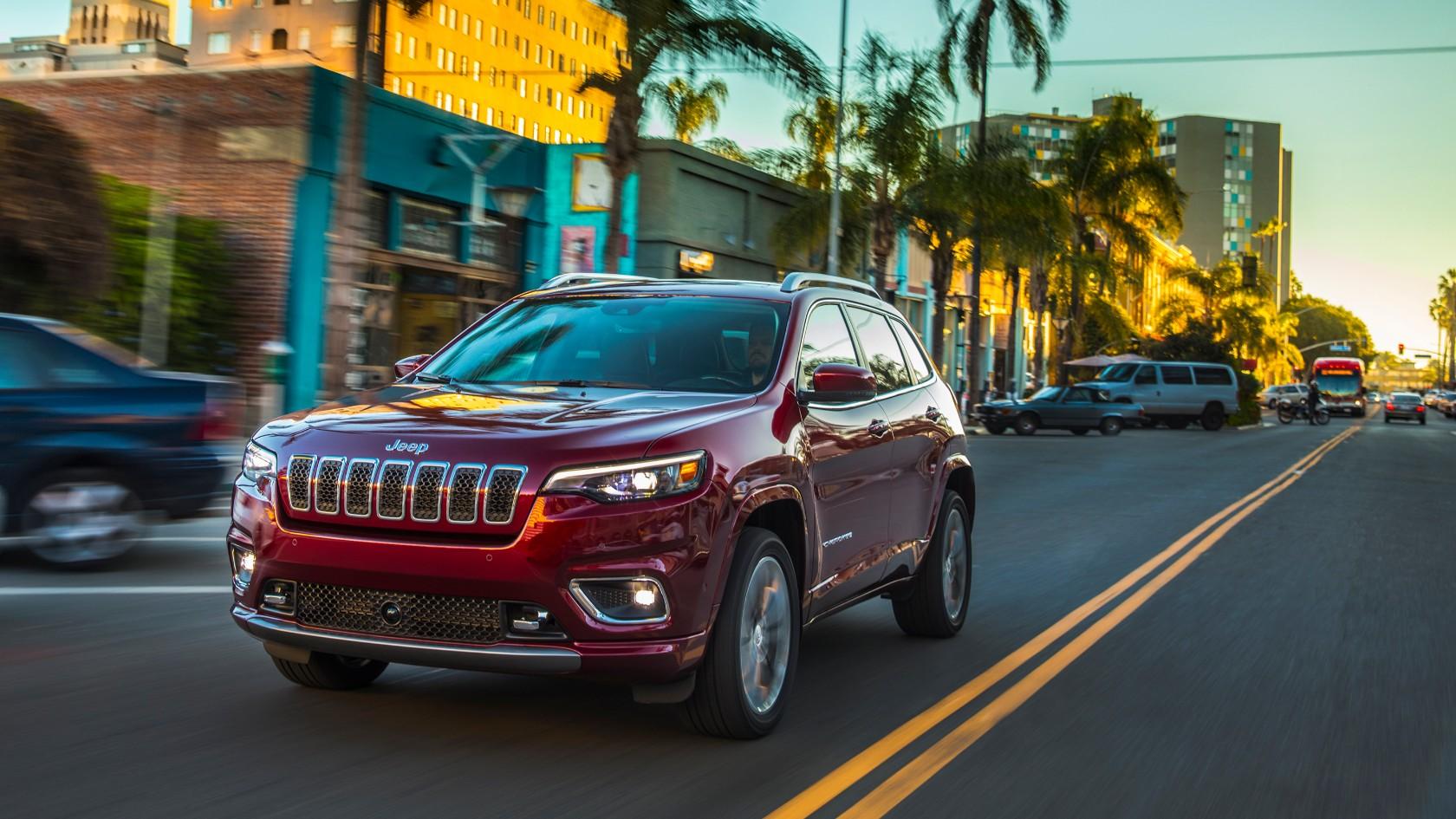 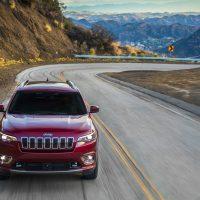 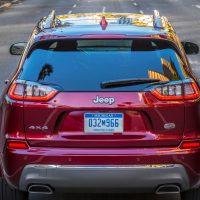 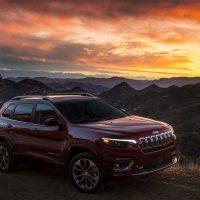 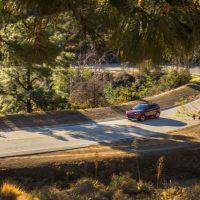 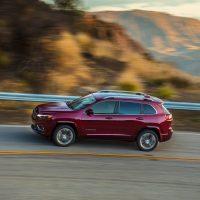 In terms of technology, the 2019 Cherokee isn’t getting left behind either. It now features the latest-gen Uconnect system, with support for Apple CarPlay and Android Auto. Starting at the Latitude Plus trim, buyers will also be offered a selection of over 80 safety features, include forward collision warning with active braking, lane sense with correction ability, adaptive cruise control with full stop capability, and blindspot mitigation, among other things.