Acura’s second-generation NSX tried the impossible: a supercar that was not only usable every day, but without headaches or frustrations along the way. If in the process it sacrificed a little drama in the name of accessibility, the 2019 NSX nudges things back in the right direction. A series of focused changes could pay big dividends to the hybrid coupe.

The new NSX doesn’t get any extra power: arguably there’s no need for it, with 573 horsepower and 476 lb-ft of torque from the Sport Hybrid SH-AWD drivetrain. That combines a twin-turbocharged V6 gas engine with three electric motors – one for the rear axle, and one each for the front wheels – for true torque vectoring. What’s changed for the 2019 model year is how the car around that drivetrain is constructed. 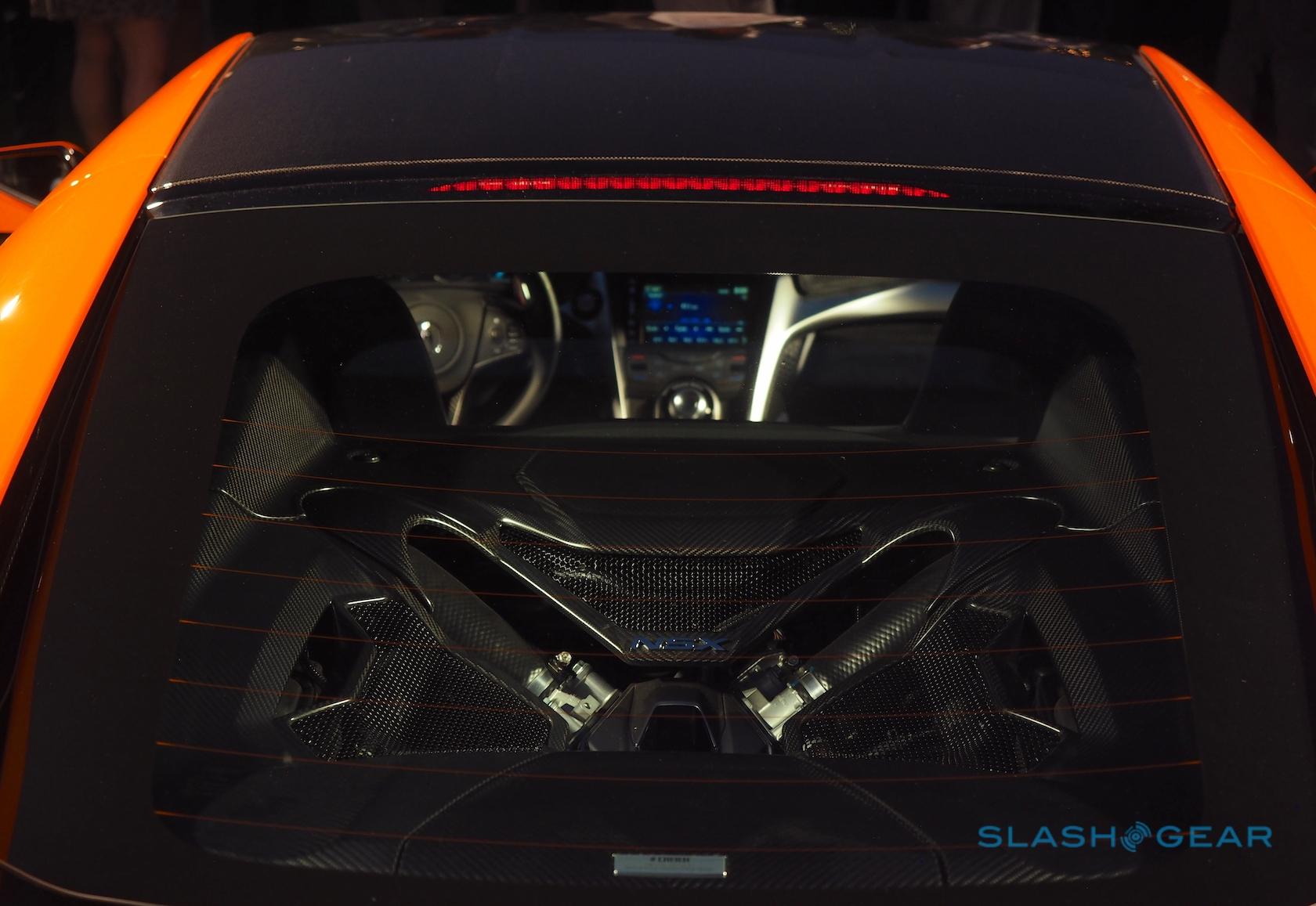 Acura started with larger front and rear stabilizer bars, which had the effect of increasing the car’s stiffness by 26-percent and 19-percent respectively. Then it made the rear tow link bushings 21-percent stiffer, and the rear hub 6-percent more rigid. Combined with revamped hybrid software, tweaks to the magnetorheological dampers, power steering, and other systems, the result is a car with more readily-controlled – and indeed provoked – understeer and oversteer at the limit, not to mention a car that’s more playful in general.

Straight line speed is good, but speed in the corners is arguably even more important. Acura’s stiffness improvements and software recalibrations pay dividends there, and the proof is on the race track. The automaker took the old NSX and this 2019 version to the Suzaka Circuit, known for its particularly challenging corners and turns, to show the difference. 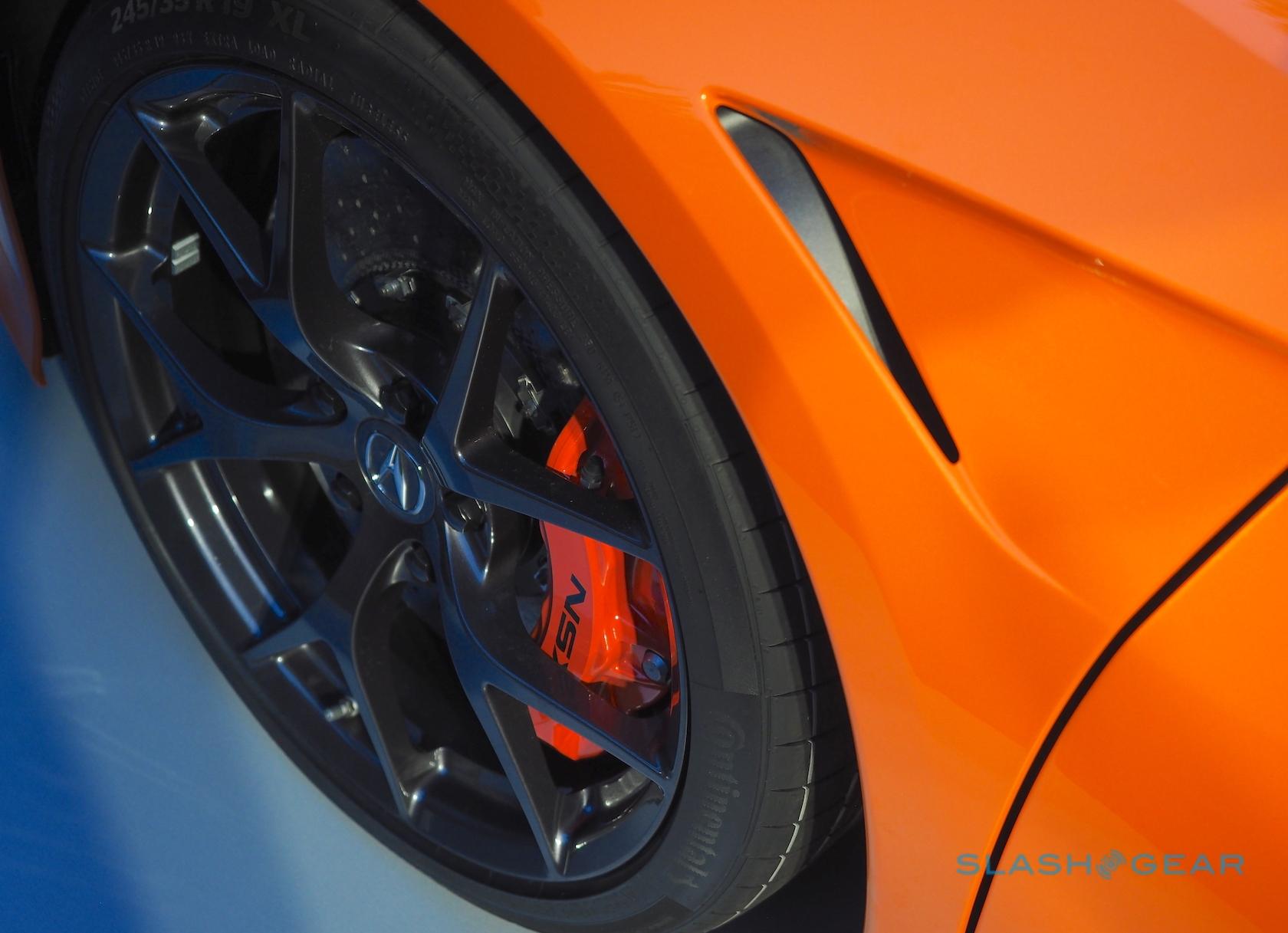 The result was an almost two second improvement between the 2018 NSX and the 2019 NSX. Obviously the degree to which drivers will see that themselves will depend on how twisty the road they take turns out to be, but given the torque vectoring system was already impressive, this is quite the improvement.

There are two striking new colors

The NSX has never exactly been a subtle car, but the potential for turning heads is only getting bigger in the 2019 model year. Acura is adding a brand new paint option, Thermal Orange Pearl, named after the famous race track. It’ll cost you $700 extra, but it’s the eye-searing drama color that the NSX has arguably needed. 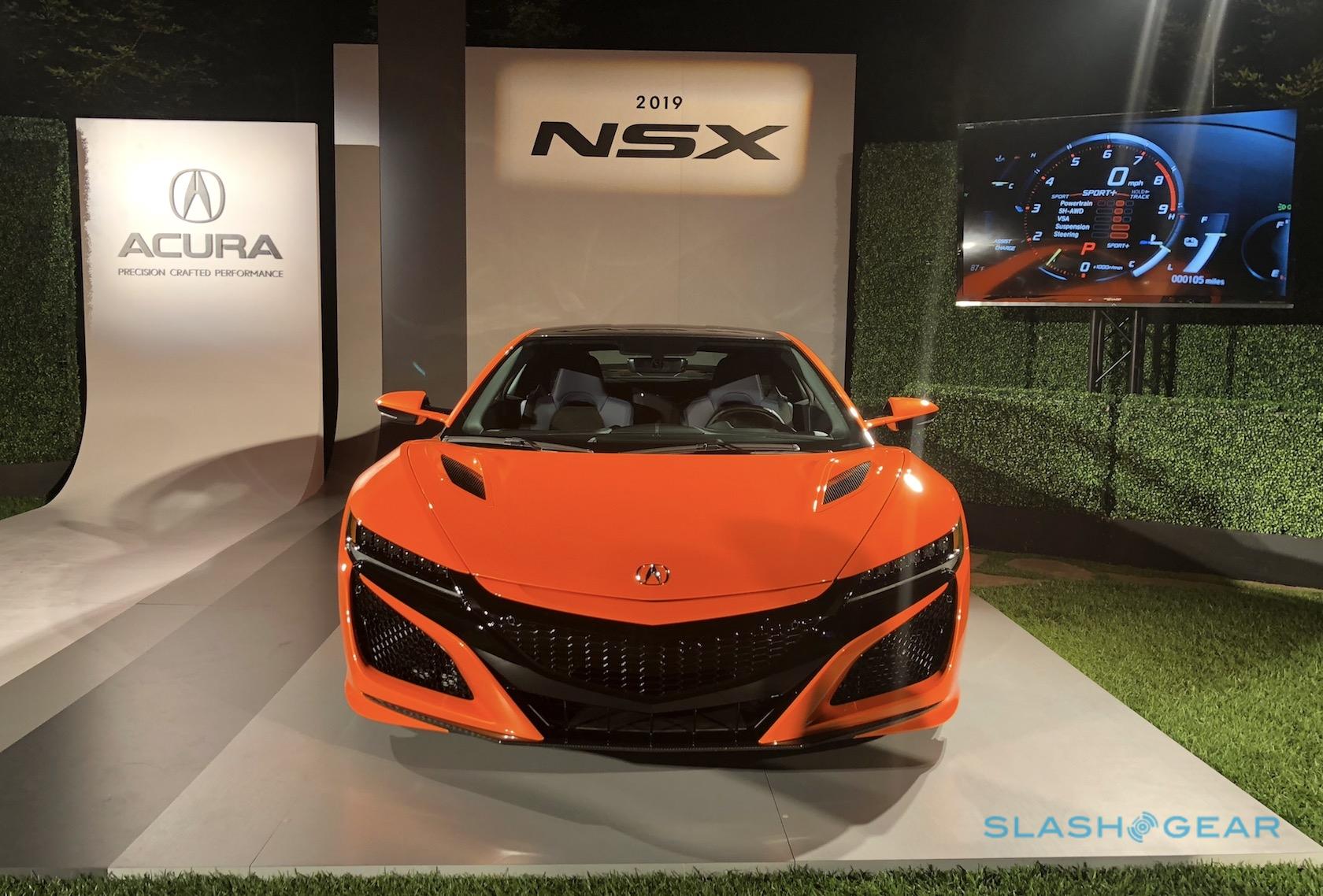 The same shock of color goes for the inside. For a start, the red cabin option has been extended, to a full red that extends across more of the surfaces. New for 2019, though, is Indigo Blue. That’s a fetching dark blue leather with matching center tunnel and door trim. You might not think bright orange and blue would necessarily go, but Acura proves that assumption wrong. 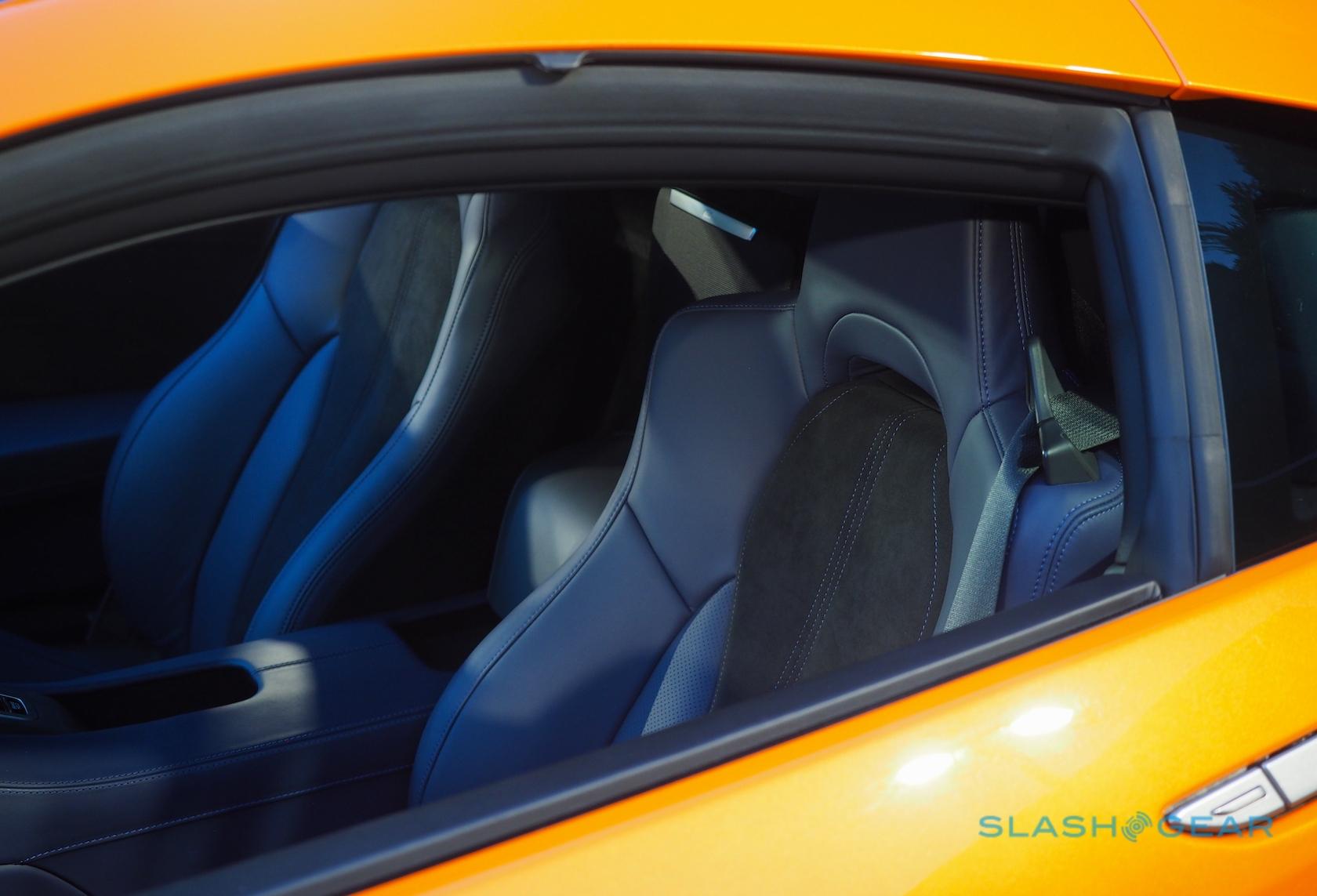 Even if you don’t opt for the attention-seeking orange paint job, the new NSX has some other styling changes which make it stand out. The front grille is now body-color, for instance, and the front grille surround, air intake mesh, and rear bumper outlet mesh now get a high-gloss finish. Similarly, the exterior carbon fiber – like the optional decklid spoiler – is now gloss finish, rather than matte. 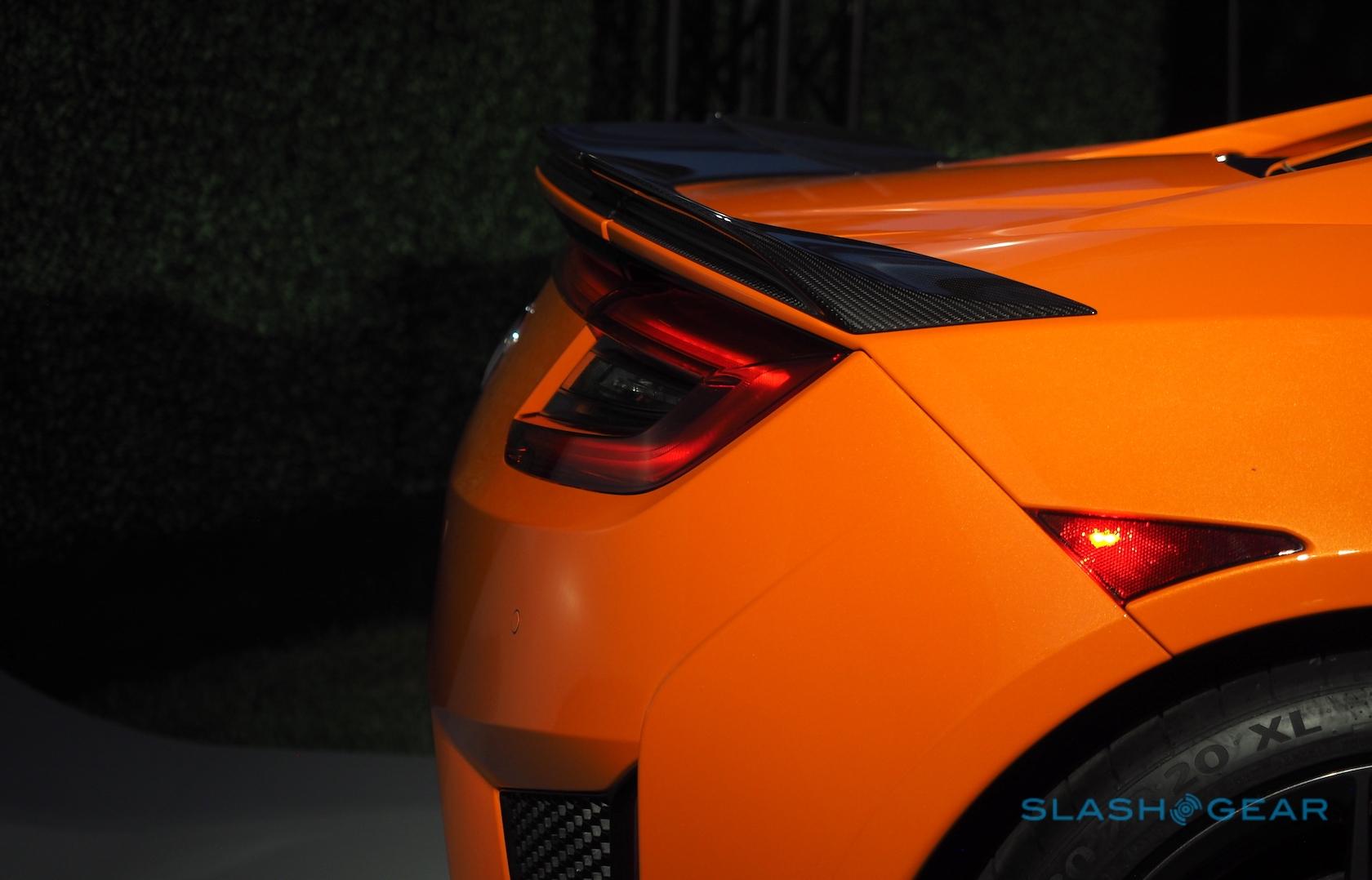 The result is a car that catches the light in more interesting ways. From the front, the darker V-shape of the grille and lower bumper leaves the 2019 NSX looking lower down to the road and more aggressive.

Any supercar, by definition, isn’t going to be cheap. Nonetheless the value proposition for the 2019 NSX has improved. On paper it’s $1,500 more than the 2018 car, coming in at $157,000 (plus $1,800 destination) before options. However, some of the boxes you’d previously have had to check off in the dealership are now included as standard. 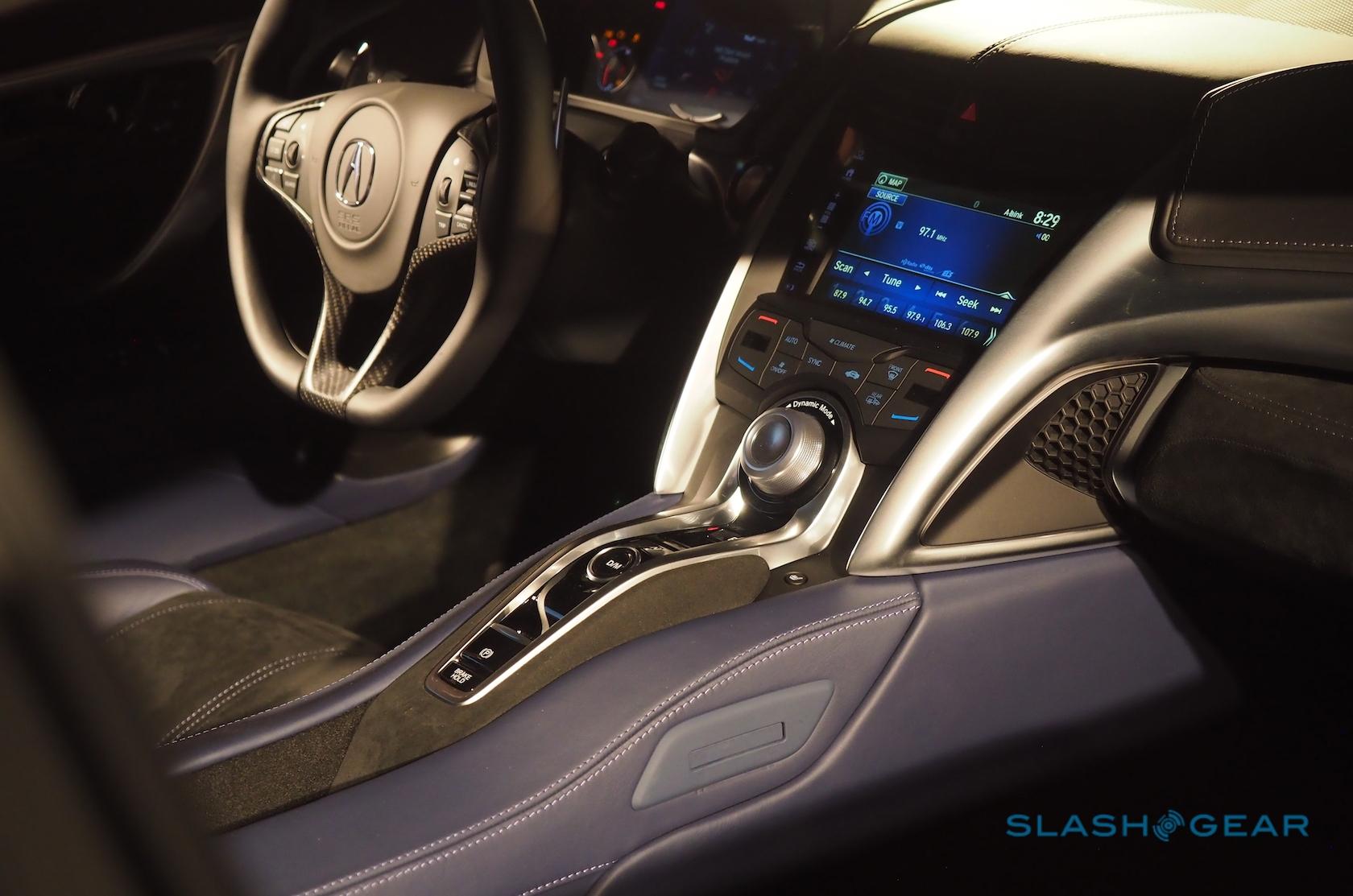 4-way power sports seats are now standard-fit, though the original manual sports seats can be had as a no-cost swap. Navigation is standard now, too, as is the ELS Studio premium audio system. Aluminum sports pedals have been included, and nervous drivers will be pleased to hear that proximity sensors are now standard, too. Altogether, Acura says, you’re looking at $4,700 worth of options that are now fitted on every 2019 NSX. 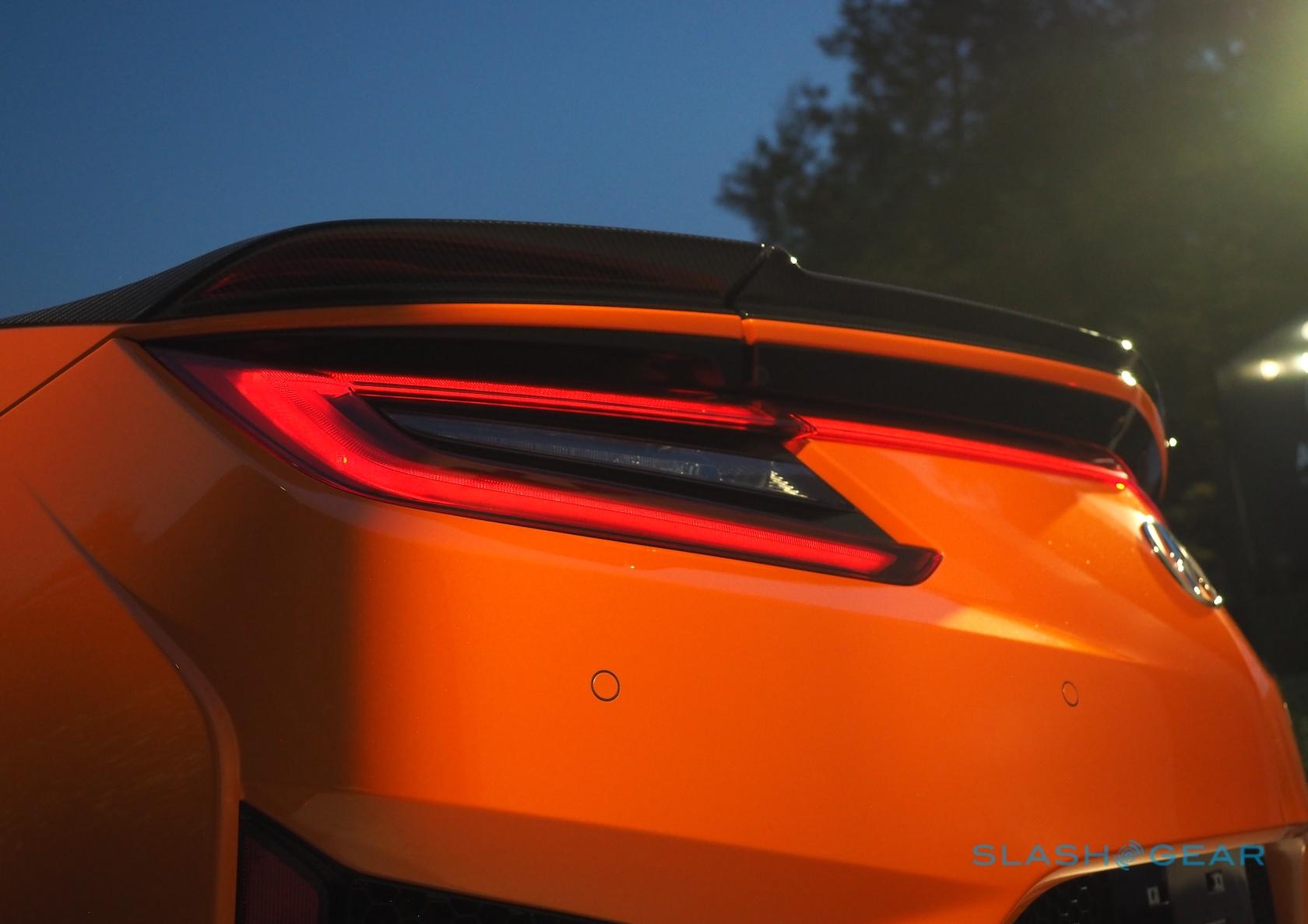 Going fast and looking sexy are certainly two of the key drivers for supercar owners, but having something rare is arguably just as important. On that front, the Acura NSX might just be one of the most appealing supercars out there.

The automaker says that, in the 2017 and 2018 model years combined, it has sold fewer than 2,000 of the second-gen cars. Of that, almost 1,000 were in the US. If you’re looking for a legitimately impressive rarity, your closest Acura dealership probably should be your next port of call.