At first glance you’d be forgiven for thinking the LA Auto Show 2017 was all about new SUVs, but Mazda has bucked the trend with the refreshed 2018 Mazda6 sedan. The handsome four-door has been looking a little long in the tooth compared to rivals, not least with what’s to be found under the hood. Now, there’s a new turbocharged engine option.

On the outside, the 2018 Mazda6 borrows the style language from the CX-9 and other recent cars from the company. It’s most visible in the new grille, which is lower and wider, emphasizing the car’s width. Standard-fit LED headlamps get integrated fog lamps, too. There are new 17- and 19-inch wheel designs to choose between, while the Soul Red Crystal paint available on other Mazda models is now available on the Mazda6. 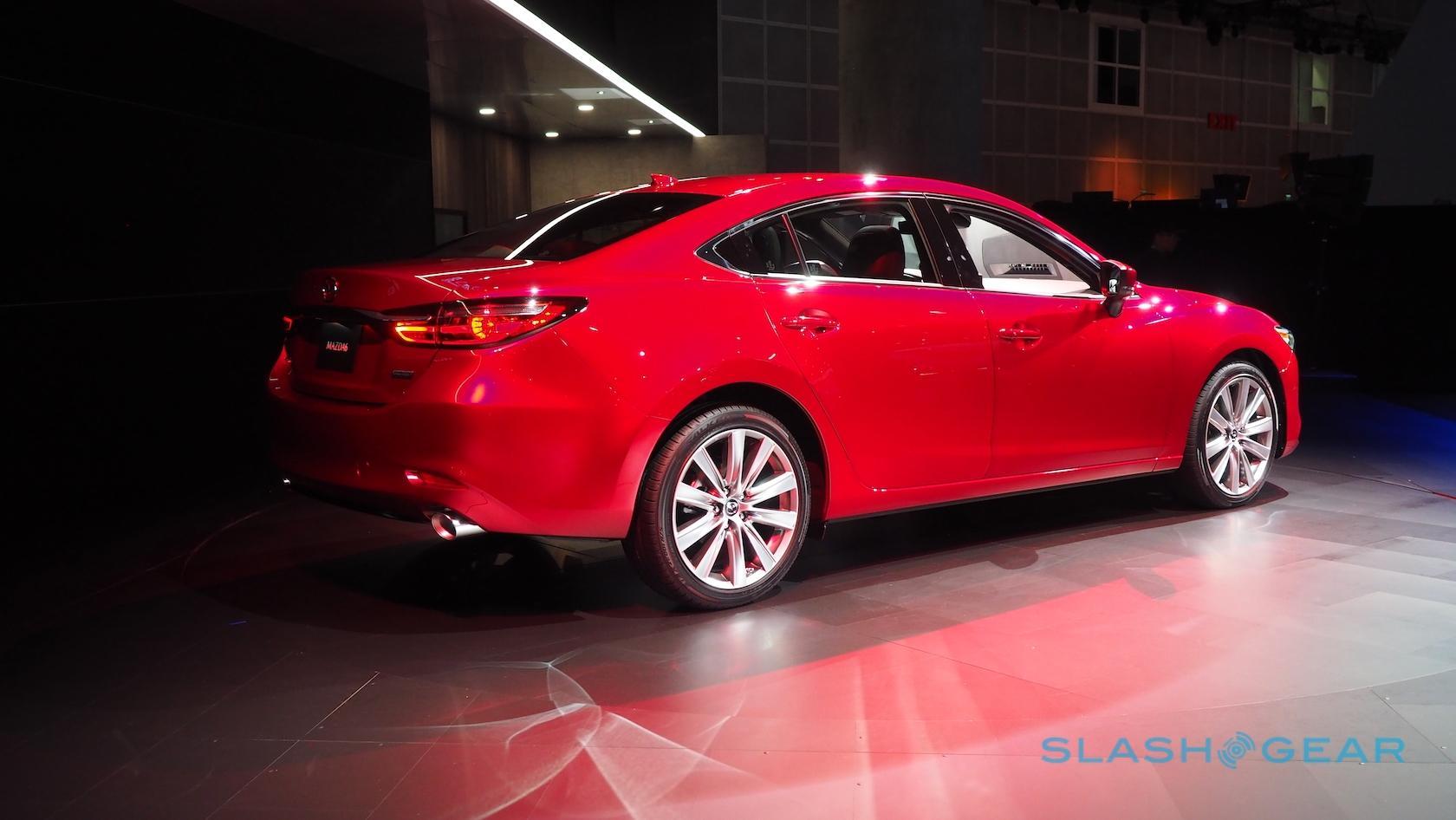 You’ll need to be very familiar with the car to tell the exact differences outside, but it gets more straightforward to do so inside. The whole cabin is effectively new, with Mazda saying that only the steering wheel and a few small trim pieces have been carried over from the old car.

The dashboard is now a single horizontal stretch, topped with an inset 8-inch Mazda Connect infotainment display. The seats have been complete redesigned. Up front, they’re wider and have a new, high-density urethane foam that helps absorb vibration while also being softer for longer trips. Their shape has been specially crafted to keep the passengers’ spines in the proper S-shape. 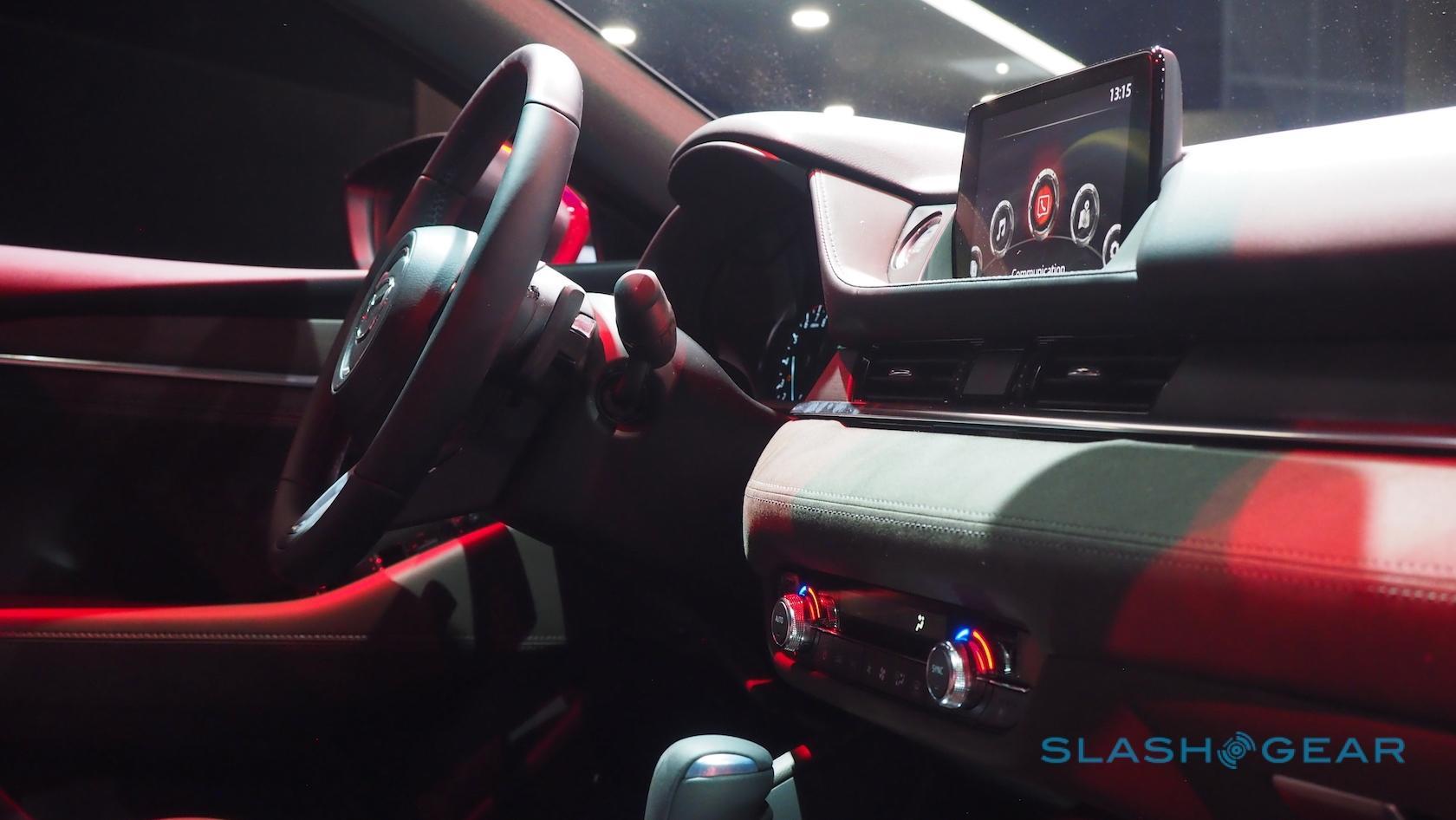 Ventilated front seats are available for the first time, while the rear seats now use the same squishier, more supportive foam. On the tech side, there’s the option of a 360-degree surround view camera, a 7-inch display for the driver, adaptive cruise control, windshield wiper de-icer feature, and a head-up display.

It’s probably the engine options that will prompt the most interest, however. Mazda’s naturally-aspirated 2.5-liter four-cylinder engine is carried over, and will be standard on the entry-level cars. It’s been improved with cylinder deactivation, which can shut down half of the cylinders between 25 and 50 mph when the car is at steady speeds, for efficiency. The six-speed automatic transmission has been finessed for less vibration, or there’s a six-speed manual as an option. 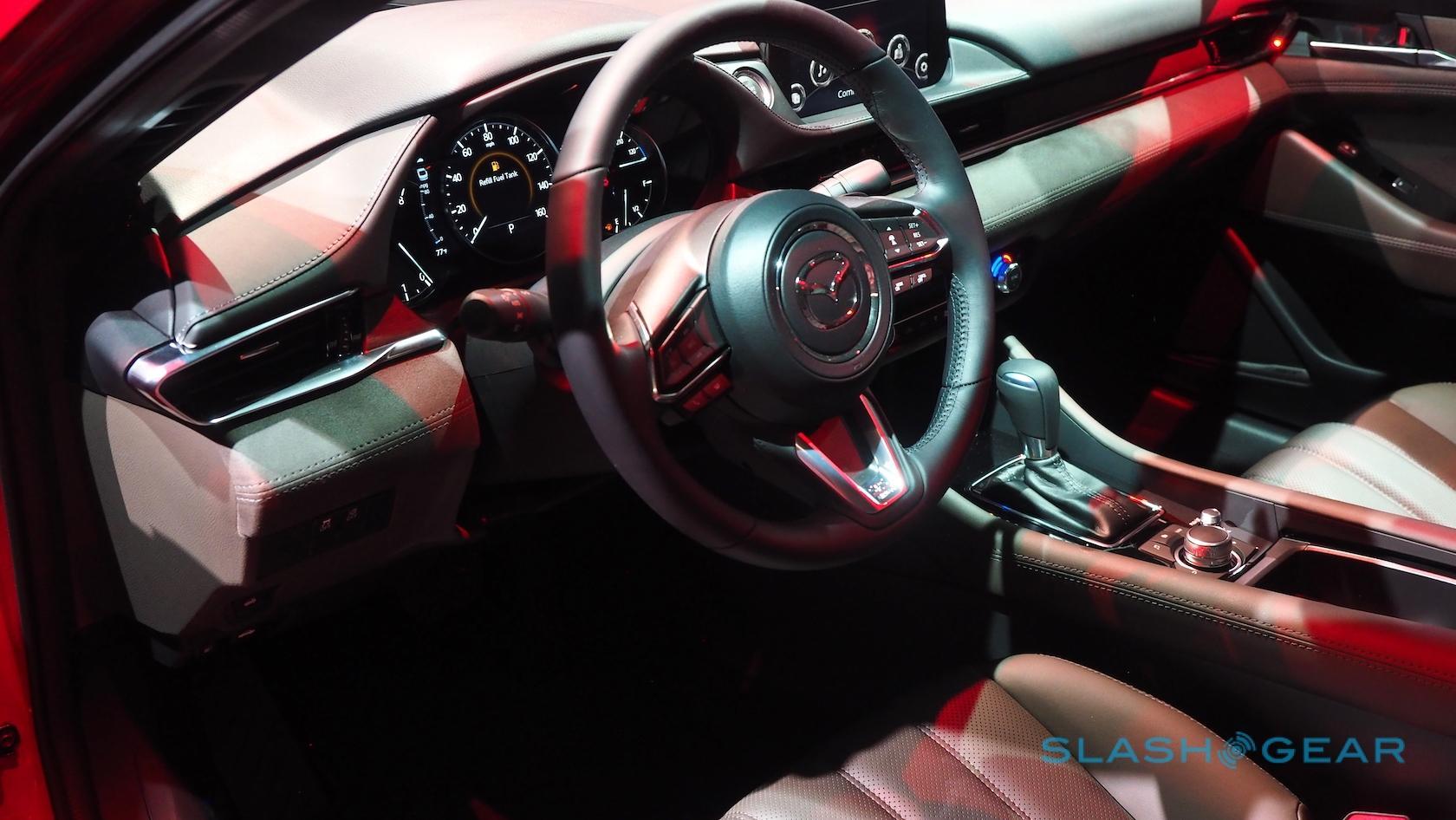 New for higher-grade Mazda6 models, however, is the turbocharged SKYACTIV-G 2.5T engine. Borrowed from the CX-9, it gets 250 HP and 310 lb-ft. of torque, and the automaker says it should feel more like a 4.0-liter V8. Mazda has paired it with the same six-speed automatic transmission, eschewing a CVT; unfortunately, there’s no manual option with the turbocharged engine.

At the same time, the chassis has been reworked, with extra stiffening and revised suspension. Handling should be more neutral, Mazda says, while thicker metals have been used in key areas to cut cabin noise. 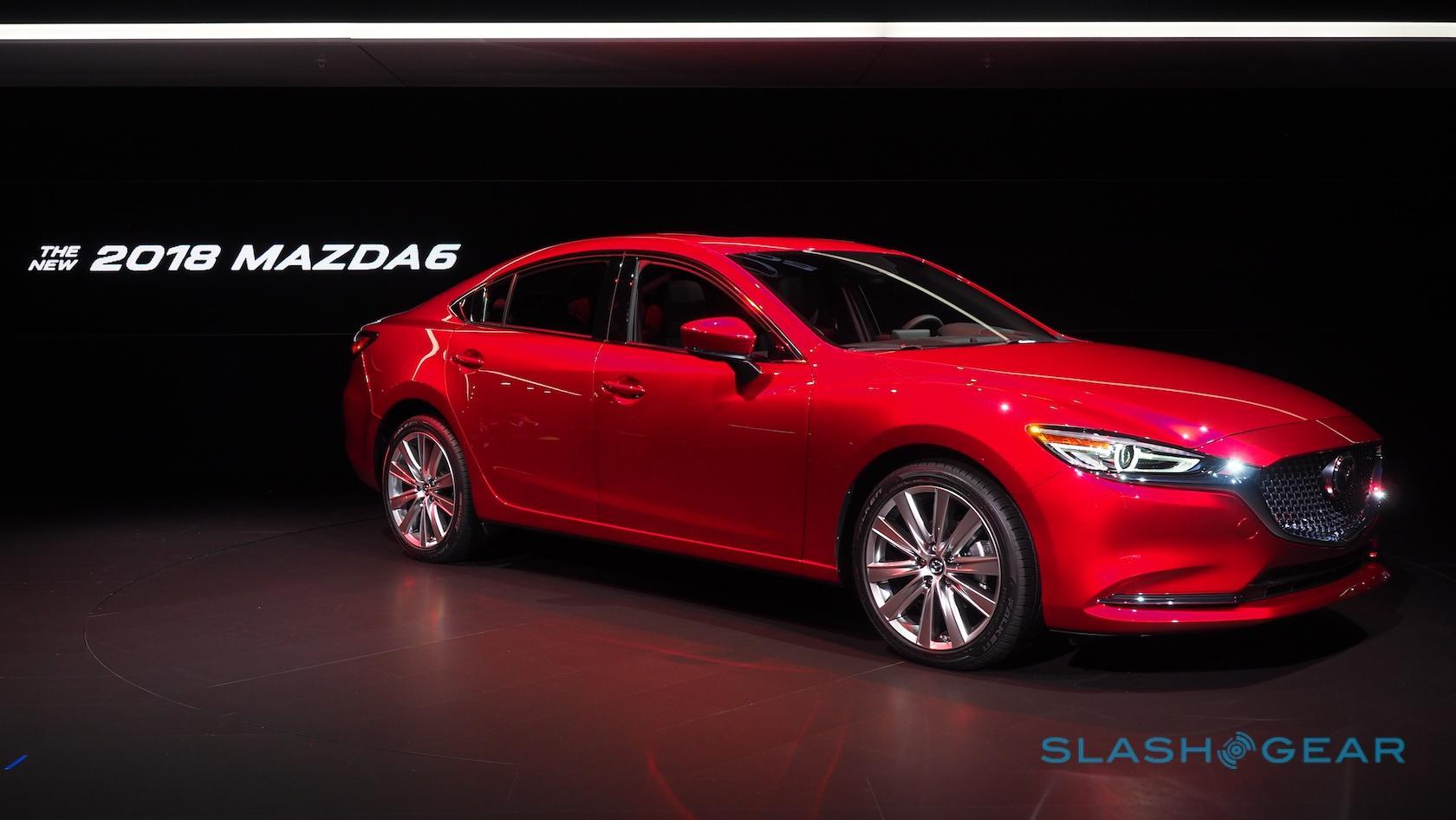 New for the 2018 Mazda6 model year will be a Mazda6 Signature trim. That’ll add things like Sen wood, brown Nappa leather, and UltraSuede NU with a subtle gold tint on the doors, seats, and dashboard. The new car will hit dealerships in spring 2018, with pricing announced closer to release. 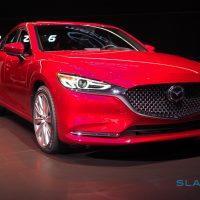 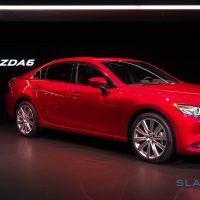 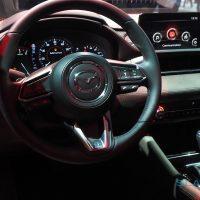 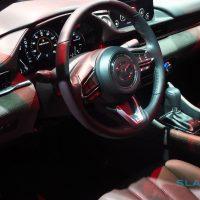 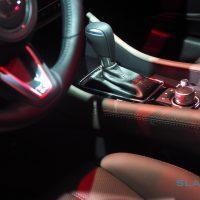 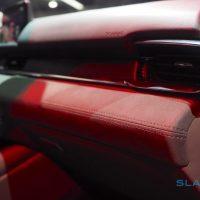 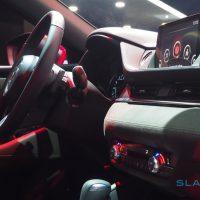 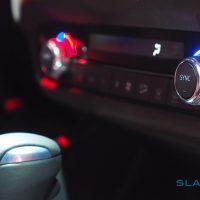 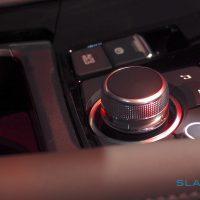 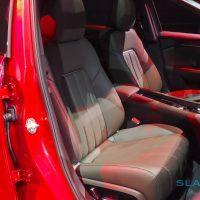 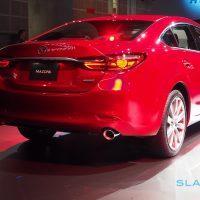 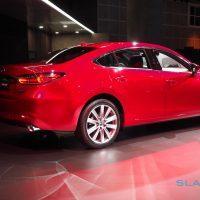