Now Alfa Romeo has an SUV, and we have so many questions

Alfa Romeo may not be the first automaker you associate with an SUV, but the crossover craze waits for no-one and the 2018 Alfa Romeo Stelvio is the result. Launched today at the LA Auto Show, the luxury SUV takes the styling of the Giulia sedan and inflates it for the elevated driving position crossover fans lust after. Of course, since this is an Alfa we’re talking about, there’s a performance option for those with speed in mind.

The design is a gentle evolution of the Giulia rather than a full-on reinvention. The grille gets taller and the crease lines along the side are higher and fuller, leading to a sloping rear. In profile there’s something of the BMW X5 about it, though the rear-three quarter view shares more with a Porsche Macan to our eyes. 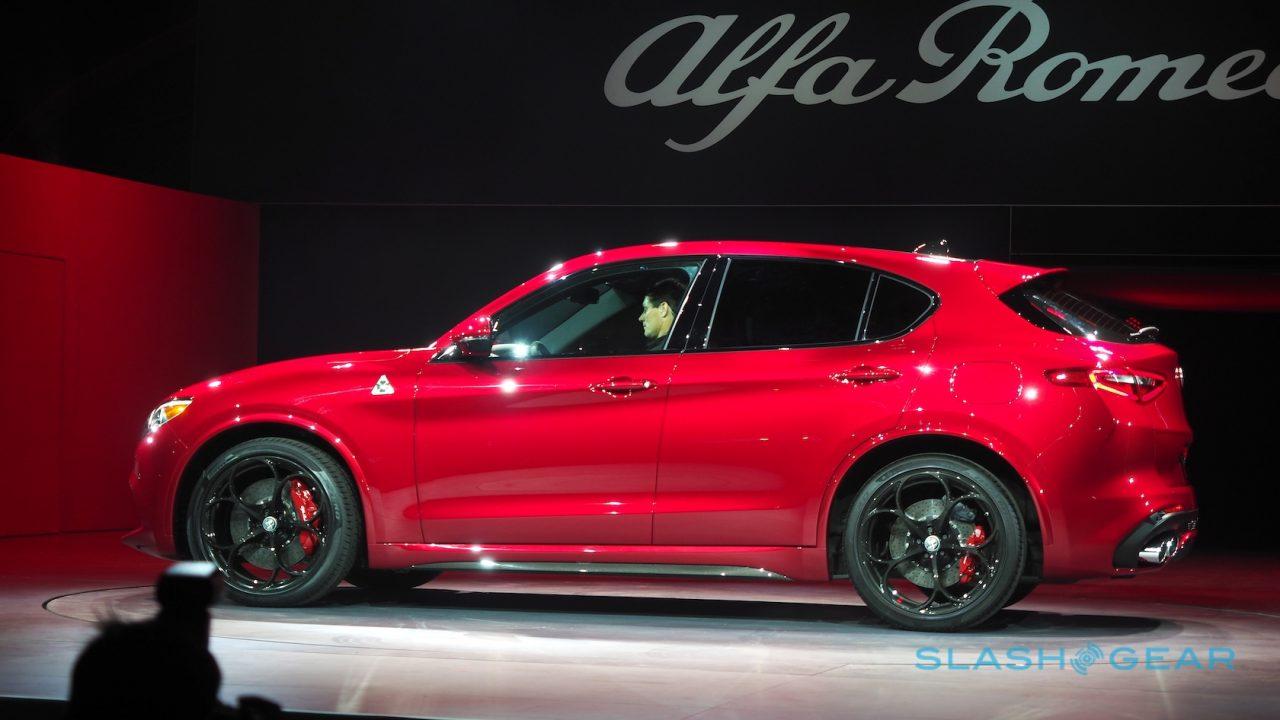 As for power, the Stelvio range kicks off with a turbocharged 2.0-liter four-cylinder engine. That’s good for 280 HP and 306 lb-ft. of torque, and is standard in the Stelvio and Stelvio Ti models, as is all-wheel drive and a three-mode driving settings dial. What we’re most interested in, of course, is the Stelvio Quadrifoglio.

That borrows the 2.9-liter twin-turbocharged V6 from the Giulia Quadrifoglio, with its heady 505 horsepower and 443 lb-ft. of torque. Despite being bigger than its sedan cousin, the V6 Stelvio should be able to do 0-60 mph in 3.9 seconds, Alfa Romeo claims, when the DNA PRO 2.0 switch is turned to the new, fourth “Race” mode (alongside Dynamic, Natural, and Advanced Efficiency). Not bad at all for a crossover. 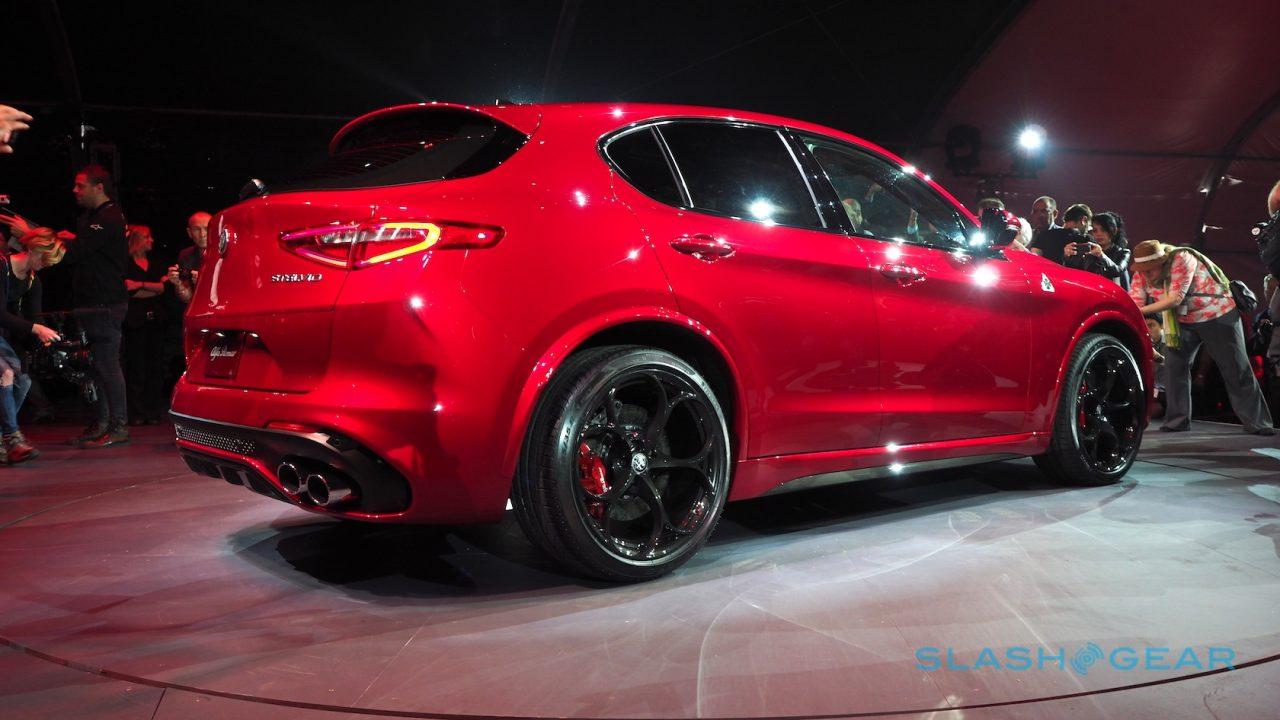 Top speed for the 4-pot is 144 mph. The V6 kicks that up to 177 mph, and adds Brembo carbon-ceramic brakes to help haul the crossover to a halt again afterwards. There’s a torque-vectoring differential on the Quadrifoglio and the automaker’s Alfa Active suspension.

The Italians aren’t short on expectations for it, either. In fact, they’re predicting the Quadrifoglio will be the fastest SUV around the notorious Nürburgring race track. Admittedly that’s only by a matter of fractions of a second versus the current record holder from Porsche, but bragging rights in this segment are important. 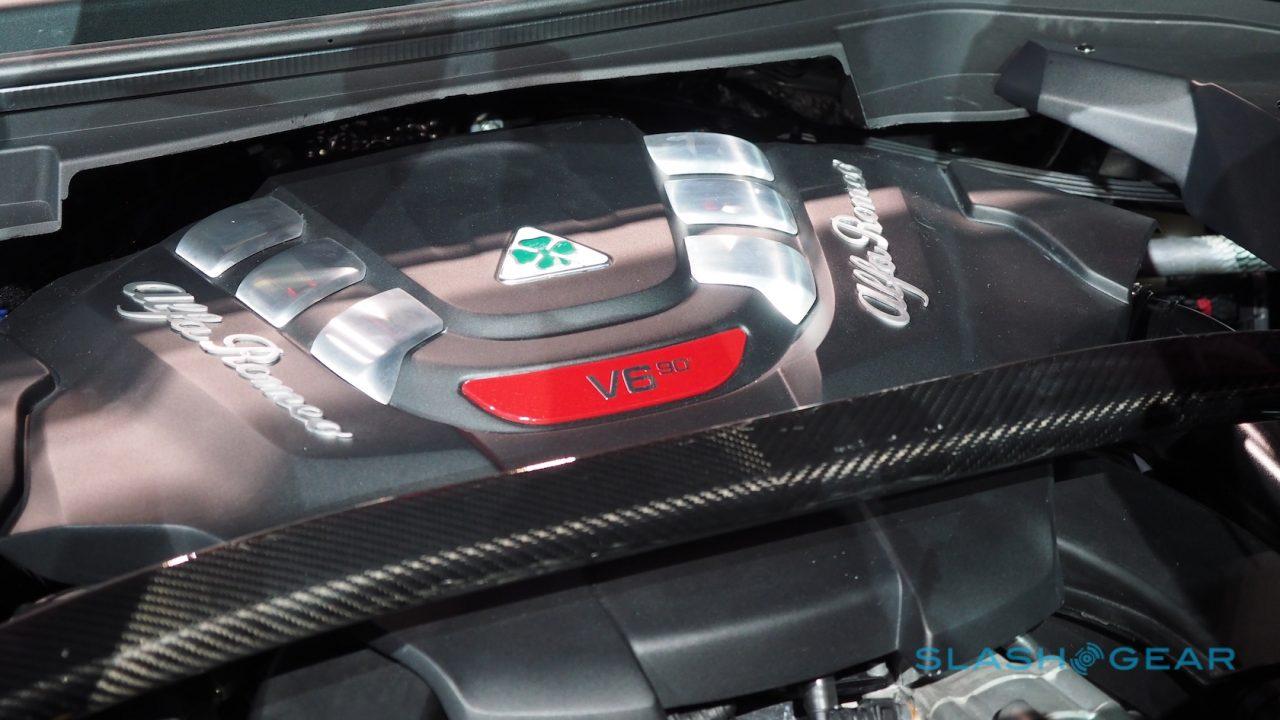 In the cabin, again the Stelvio takes the Giulia as its inspiration. The driver gets a 7-inch display between analog instruments, and there’s a second display – 6.5-inches in the base car, rising to 8.8-inches in more expensive trims – in the center console. Leather is standard, with the Quadrifoglio throwing in lashings of Alcantara. If you really want to take the performance seriously, you can have Sparco sports seats too. 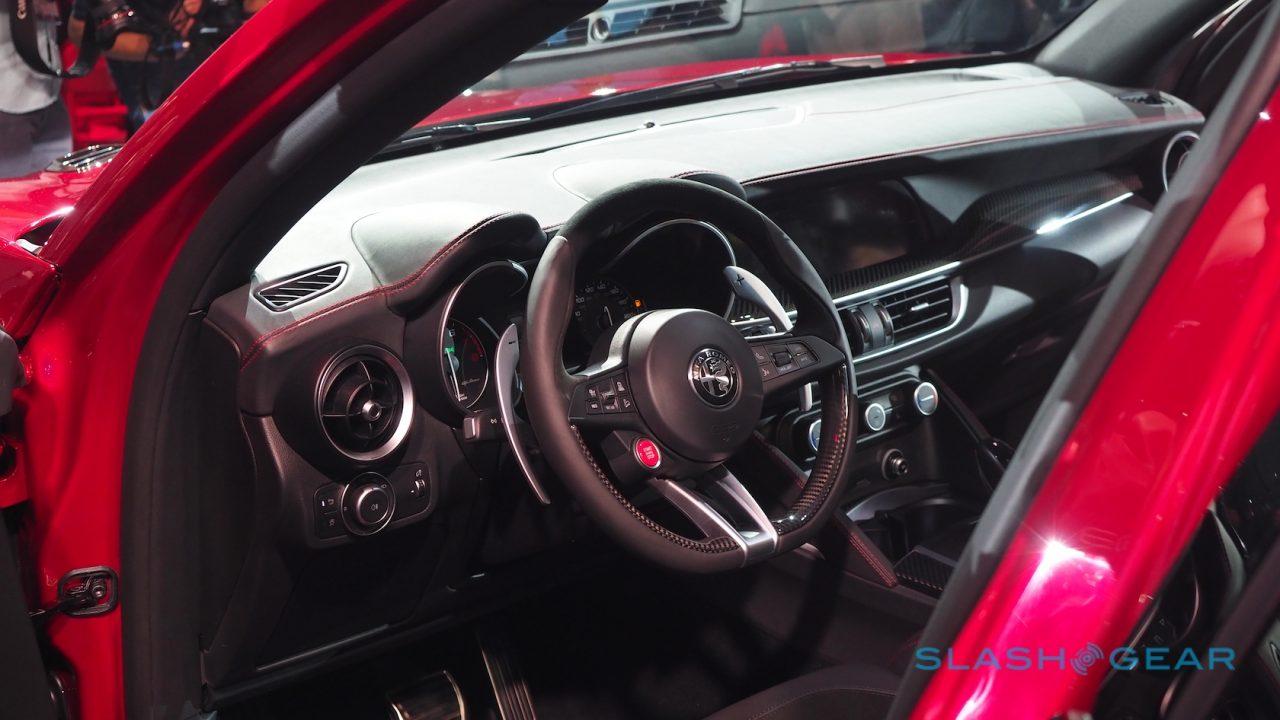 What we still don’t know is pricing and – beyond 2017 – availability. Alfa Romeo certainly doesn’t find itself in the first wave of performance crossovers, and neither will it be the only one to wear a luxury badge; question is, can it convert interest in the Giulia into people willing to hold out for a larger, slightly more practical car. 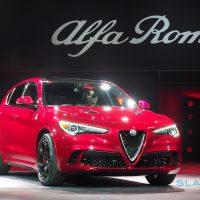 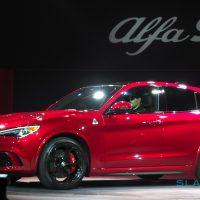 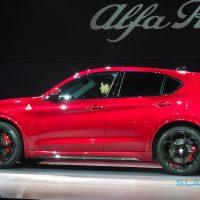 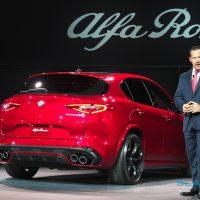 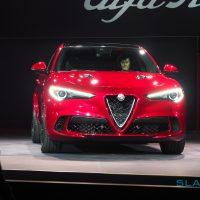 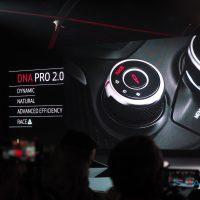 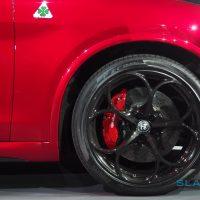 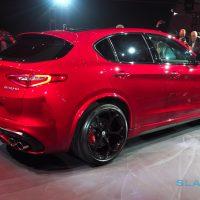 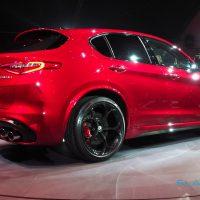 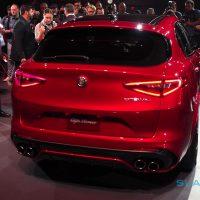 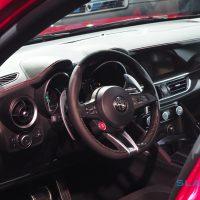 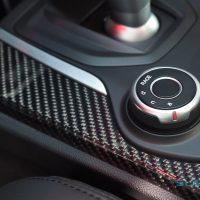 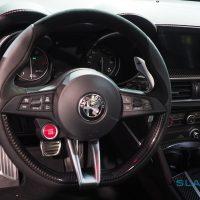 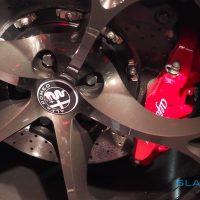 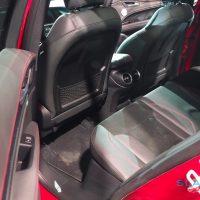 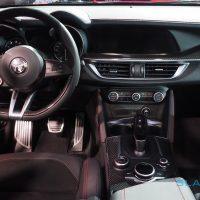 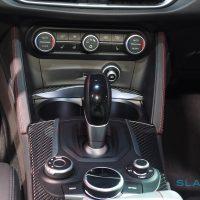 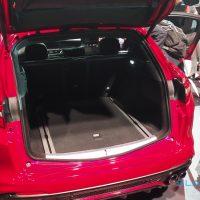 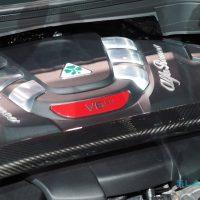