When you’ve got a top-five mid-size sedan in your fleet – like the Blue Oval does with the Ford Fusion – you’ve got to take extra care when revising any of the details that have made it such a popular option with bread-and-butter four-door buyers. By combining affordability, style, and one of the most versatile under-hood options list in its segment, the Fusion has managed to stay within striking distance of heavyweights like the Toyota Camry, the Nissan Altima, and the Honda Accord while outpacing its domestic rival, the Chevrolet Malibu. For 2017, a series of updates have been implemented to give the new Ford Fusion a performance edge it’s been lacking, as well improve on the technologies it has to offer family shoppers.

To look at it, you’d be hard pressed to spot the differences between the 2017 Ford Fusion and the model it replaces. Squint and you’ll see the tweaked grille, and if you look a little harder you’ll notice new wheels and new LED lighting up front. It gets a little easier once you open the door and slide behind the wheel, as Ford has updated the car’s center stack design and added a rotary shift controlled in place of a traditional stalk. Then there’s the presence of the latest SYNC 3 infotainment system, which offers a more intuitive interface compared to the previous iteration that had a reputation for confounding users with slower than average response times. 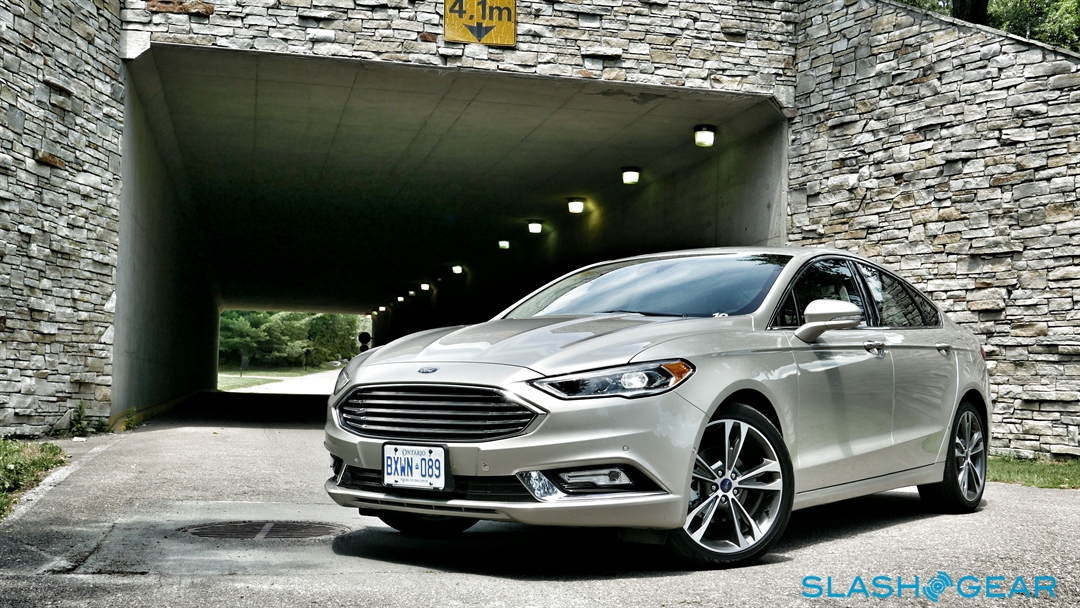 Ford has also added the new Platinum trim level to the Fusion’s order sheet for 2017, joining luminaries such as the F-150 pickup and the Expedition / Explorer SUV on the list of models that can be loaded to the gills with equipment you’d typically only find in a luxury vehicle. In the case of the mid-size Fusion it’s the higher-quality leather (over what you’d find in the previous range-topper, the Titanium trim) that stands out the most, although you also get the full whammy of the sedan’s available packages when spec’ing the car in Platinum form, as well as a few telltale flourishes on the outside of the vehicle. 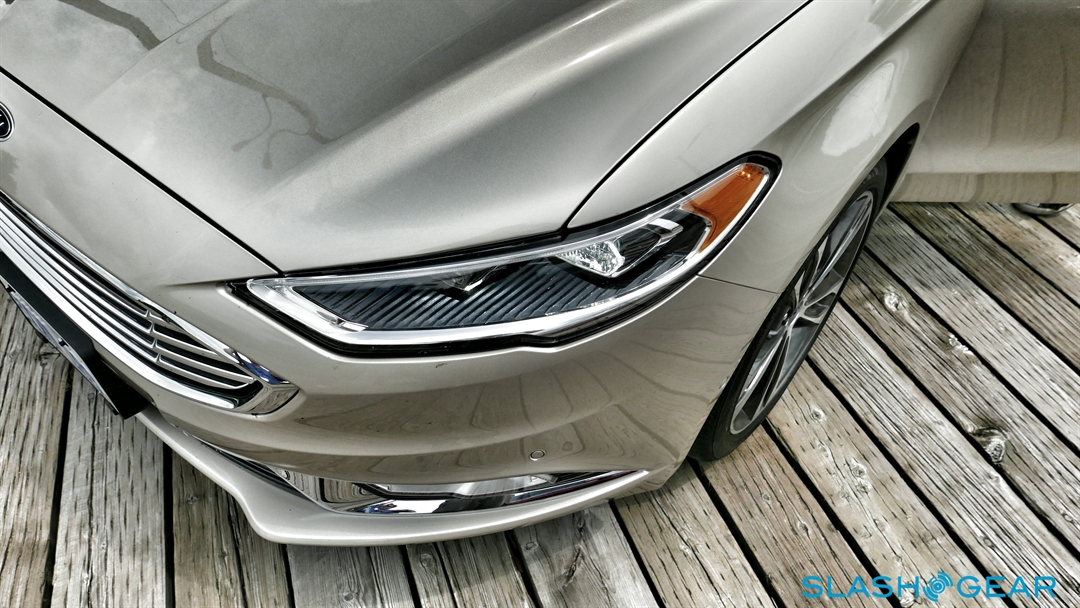 The Platinum isn’t the only new Ford Fusion model joining the party for 2017. In a move that throws down the gauntlet in the direction of nearly ever other mainstream family sedan, the Ford Fusion Sport provides pilots with a 325 horsepower, 2.7-liter twin-turbo V6 engine that’s also good for a stiff 380 lb-ft of torque. Matched with standard all-wheel drive, a six-speed automatic transmission, big brakes, and an adaptive suspension system, the Fusion Sport’s slick looks are backed up by performance that should crush mid-size competitors in both a straight line and through the corners. This is premium car power and handling in a package that costs much less than a similarly-capable BMW or Audi, and it’s a bold move from Ford to attract customers who may have never before considered the brand. 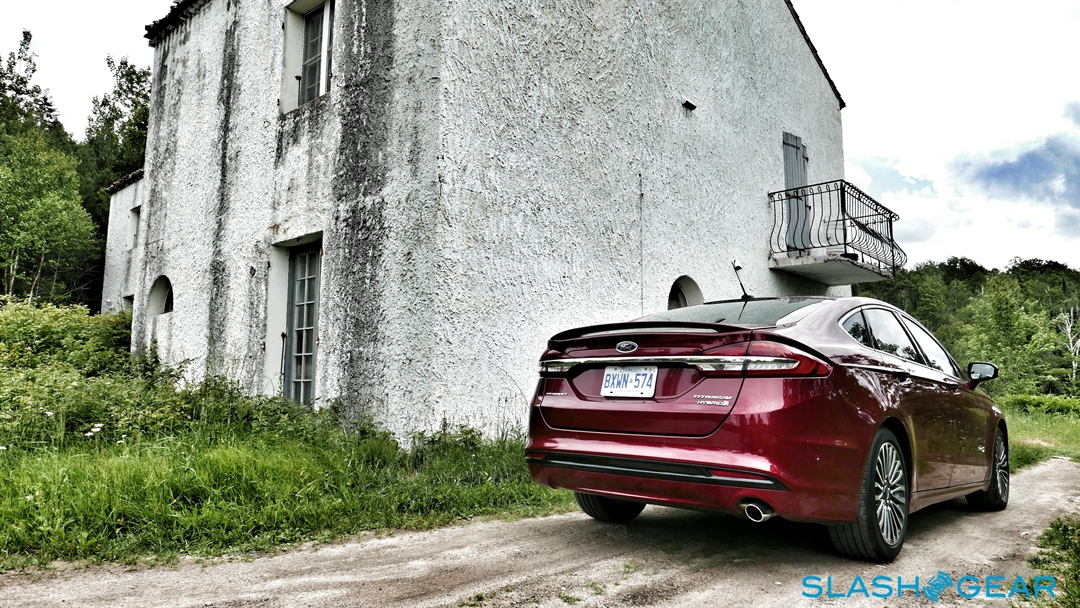 I wish I could tell you what the 2017 Ford Fusion Sport was like to drive through the mountains perched just north of Montreal, Quebec surrounding the town of Mont-Tremblant, but unfortunately the adrenaline-enhanced sedan won’t make it to the streets for at least another few months. Instead, I was given the chance to sample the familiar (although slightly-tweaked) 2.0-liter, four-cylinder EcoBoost turbo version of the Fusion, alongside the Fusion Energi PHEV (plug-in hybrid electric vehicle). 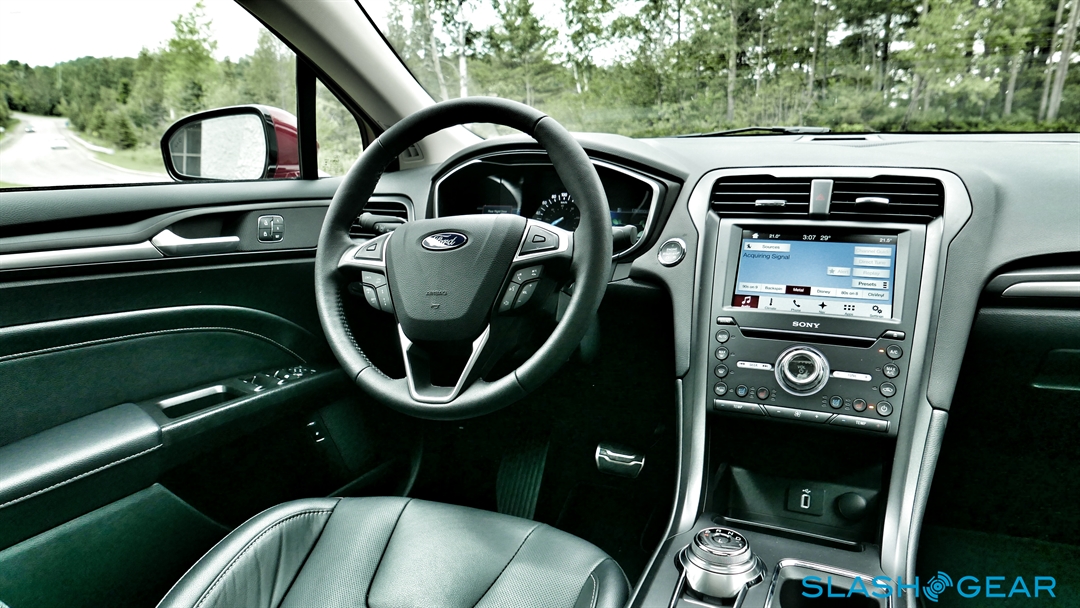 The current model year brings a few extra horsepower and a small bump in torque for the 2.0-liter motor, giving it 245 horses and 275 lb-ft of twist in total. As with all gas-only versions of the Fusion, this model is equipped with a six-speed automatic transmission and also offers the unique choice between front-wheel and all-wheel drive. Only the Subaru Legacy provides mid-size all-wheel drive outside a Ford showroom. Power delivery is smooth from the four-cylinder EcoBoost mill, and handling is good, if not quite as sharp as what’s been promised by the Sport’s trick suspension setup. 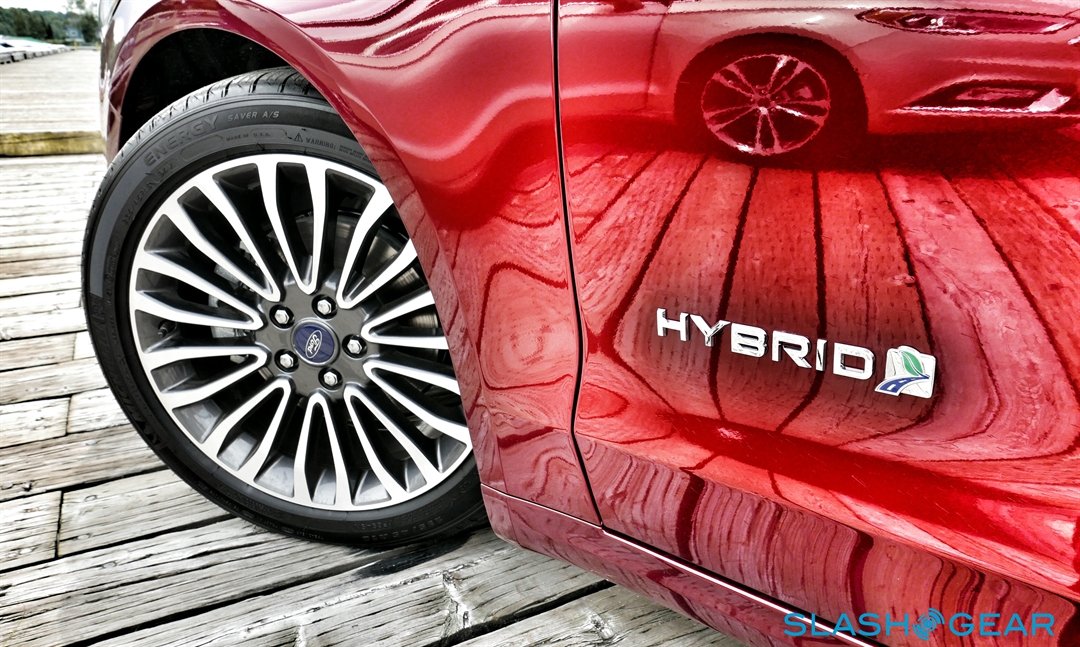 If you’re looking to balance fuel economy and power, then you may be more interested in the 1.5-liter EcoBoost four-cylinder motor that’s also available with the Ford Fusion. Capable of generating 181 horsepower and 185 lb-ft of torque, the smaller unit turns in 29-mpg in combined driving, which undercuts the front-wheel drive 2.0-liter by three miles per gallon. There’s also the entry-level 2.5-liter four-cylinder to consider, what with its 175 ponies and 175 lb-ft of torque – an engine that doesn’t benefit from the use of a turbocharger, but which comes close to matching the 1.5-liter EcoBoost’s efficiency figures in real-world driving. 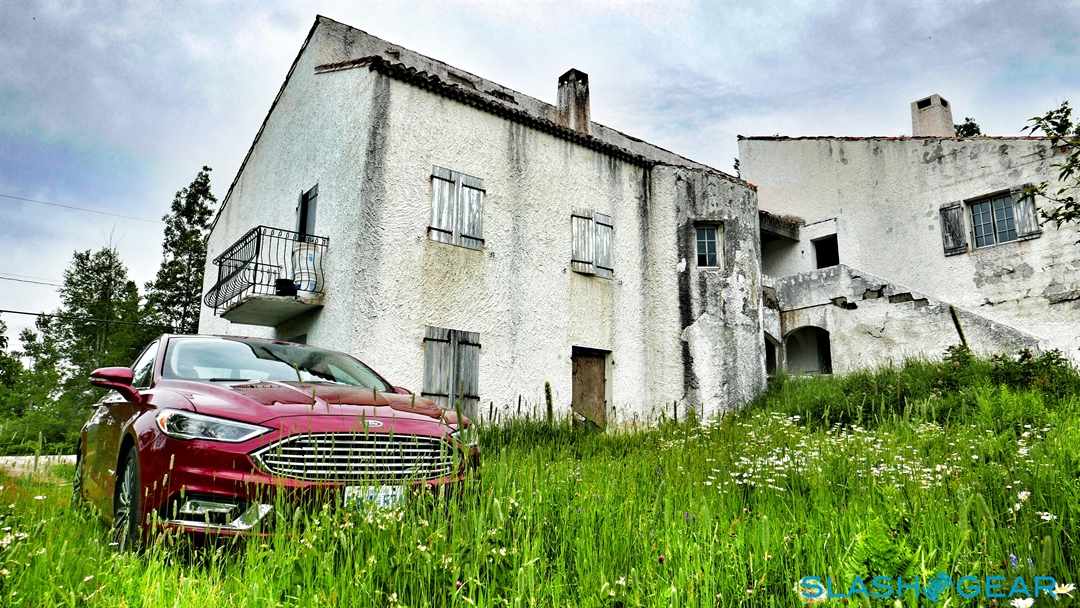 The ultimate in fuel savings, of course, comes from either the Ford Fusion Hybrid or the plug-in version of the same, the Fusion Energi. Both models yoke a 2.0-liter, four-cylinder gas engine to a single electric motor to produce a total of 188 horsepower, but the Energi adds the wrinkle of a bigger battery that unlocks close to 22 miles of EV-mode driving at speeds of 80-mph. When operating in hybrid mode, you’re looking at 43-mpg in stop and go driving and 41-mpg on the highway, which is essentially what was on offer in 2016 models as well. The battery-assisted versions of the Fusion are starting to feel a little long in the tooth in terms of performance, especially considering the advancements made by some of the Ford sedan’s hybrid competitors, but hyper-milers will be happy with the Energi’s impressive EV capability. 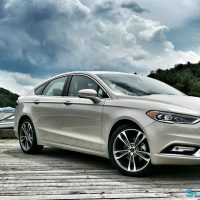 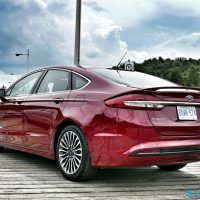 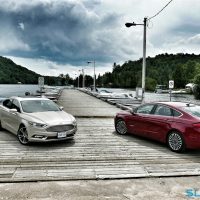 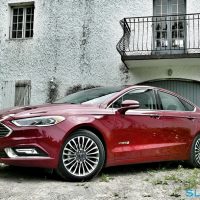 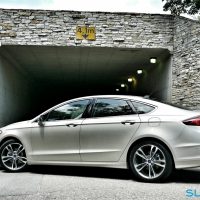 With a starting price of under $23,000, a ceiling of $45,000 for a Platinum PHEV, and a shockingly modest $35k ask for the Sport, the 2017 Ford Fusion spans almost every conceivable mid-size sedan niche. It also happens to one of the better-looking, and rewarding to drive members of its peer group. The refreshed version of the Fusion demonstrates just how blurry the line has become between the luxury world and the rest of the market, and how much everyday car buyers stand to benefit as the gap between features, performance, and value continues to narrow.