Sometimes, fate has a funny way of toying with the best-laid plans. Mere days after I finished a stint behind the wheel of the 2017 Dodge Durango R/T, currently the quickest three-row SUV in the FCA line-up, the automaker proclaimed that next year it will produce an SRT version of the same hauler – with 115 additional horsepower and a ton of extra torque, too.

With a sweep of the leg, the SRT announcement knocked my entire focus for this review on its hindquarters, leaving me scrambling to find a new angle from which to evaluate the Durango R/T. My heart went out to the big sport-utility vehicle, as the situation felt like the equivalent of the college valedictorian finding out his twin brother had just been elected President of the United States of America, immediately after graduation. 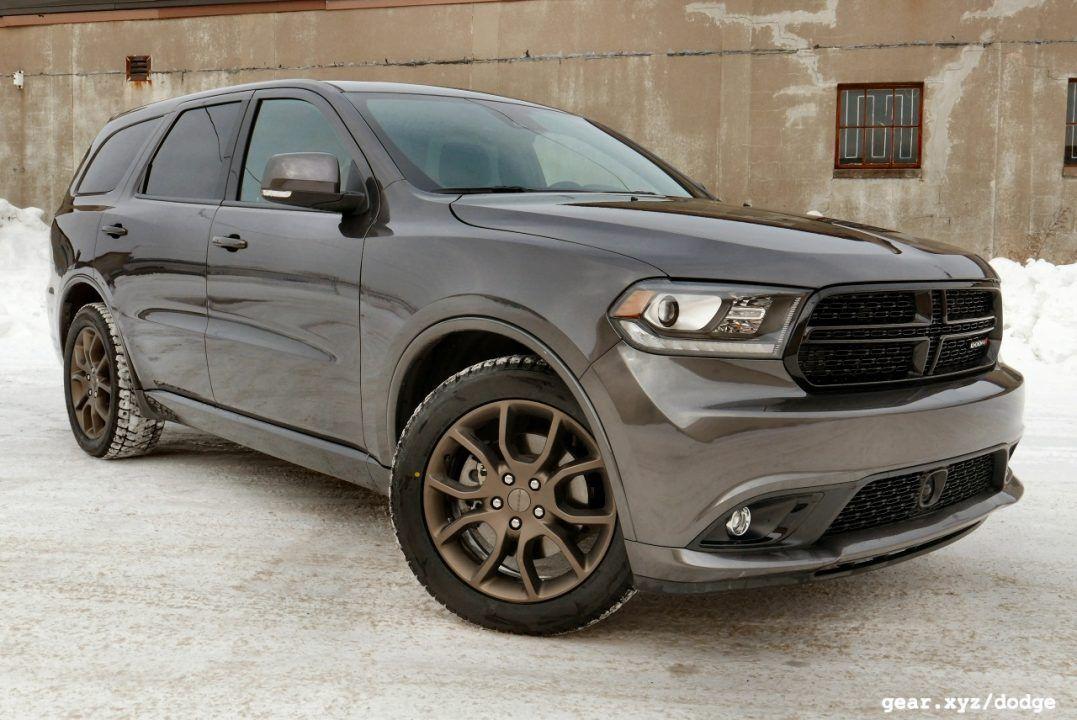 As much as being newly-designated the number two son might leave a mark, it’s still a fairly decent position to occupy in a company’s SUV pecking order. The 2017 Dodge Durango R/T also happens to be one of the more unique seven-passenger models currently on the market in terms of power, driving dynamics, and capability, making it an intriguing option for families willing to color outside the lines. 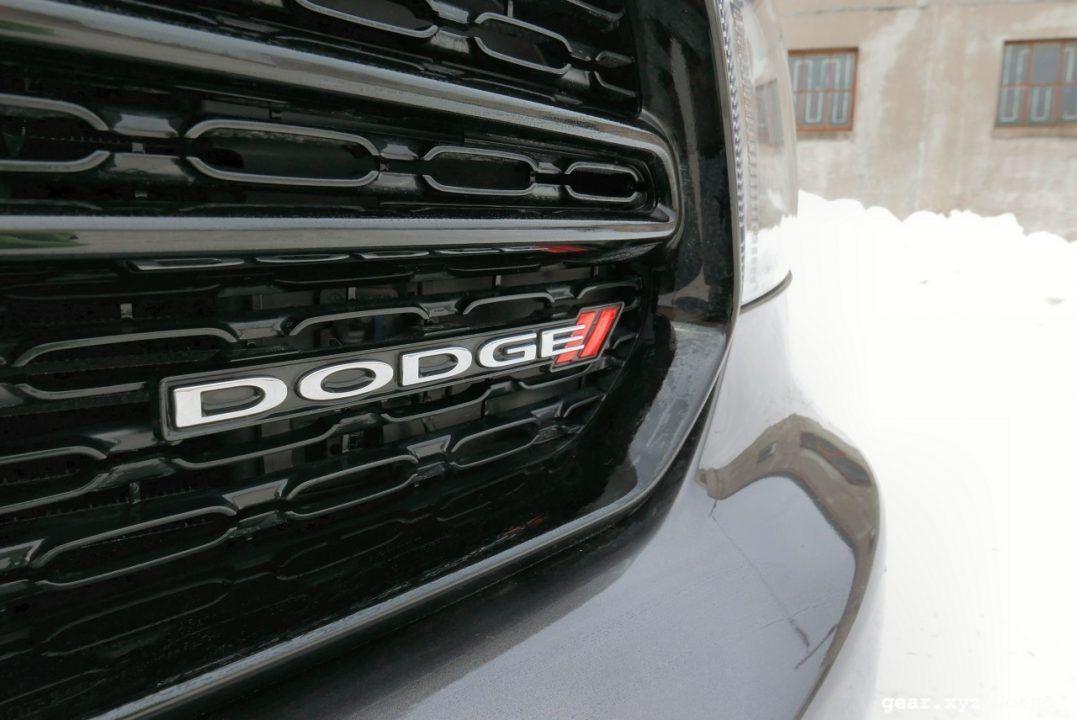 What sets the Durango apart from its big, brawny brethren? For starters, it doesn’t share the same truck-based underpinnings that are de rigueur on the affordable three-row sport-utility market, trading a body-on-frame design for smoother-driving unibody construction. You’d have to go fairly high up the luxury ladder to find another model that combines a unibody platform with the V8 powered offered by the R/T, and spend a considerable sum of money in the process. 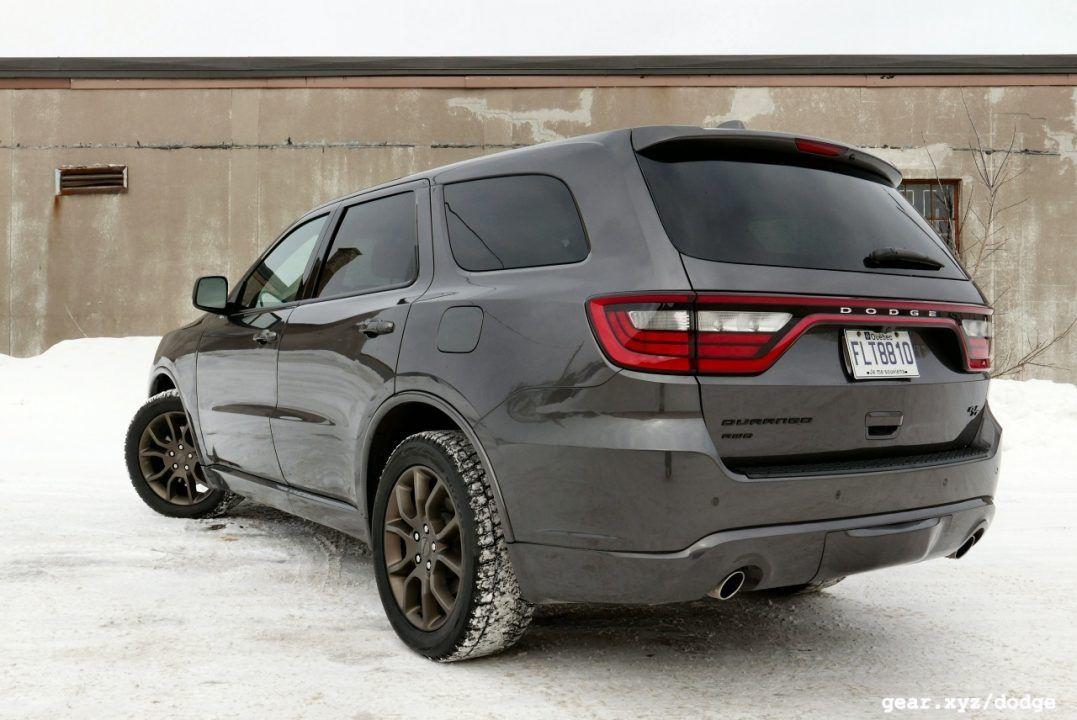 The Dodge Durango manages this by leveraging its big secret: it’s actually an extended-wheelbase version of the extremely popular Jeep Grand Cherokee, with extra room carved out for cargo and a fold-flat set of seats at the very rear of the truck. Although it’s difficult to catch on to the Durango’s roots when viewing the vehicle from the outside, the cabin sports numerous callbacks to the Jeep, especially on the dashboard and gauge cluster. 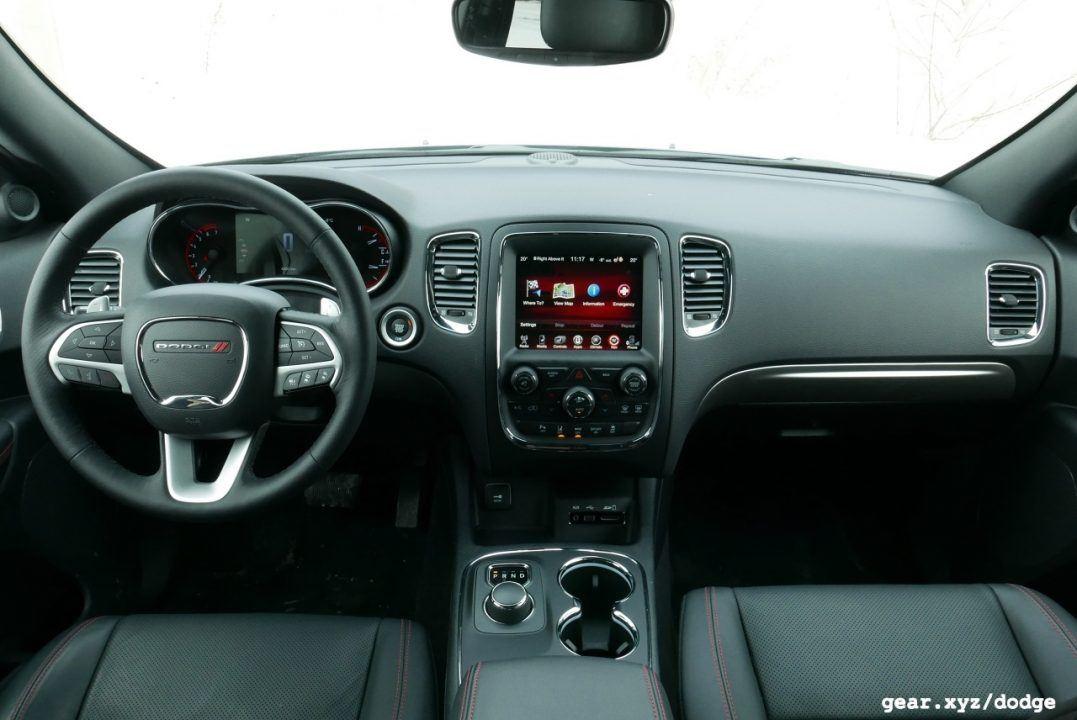 There’s no real practicality penalty to pay, either, when comparing the Dodge to rivals like the Ford Expedition, the Nissan Armada, the Chevrolet Tahoe, and the GMC Yukon (all of which it out-sells, with the exception of the Tahoe). Towing capacity is listed at 7,200 lbs right out of the box, which is more than double the average trailer weight being hauled on American roads, and competitive with each of the above-listed trucks (until you add their extreme/max towing packages to the equation). Total cargo space is good, too, with its 84.5 cubes falling within 10 cubic feet of the larger options offered by Ford et al, and I was able to load in an eight-foot metal-and-wood book case after folding down the second and third rows with no issues. 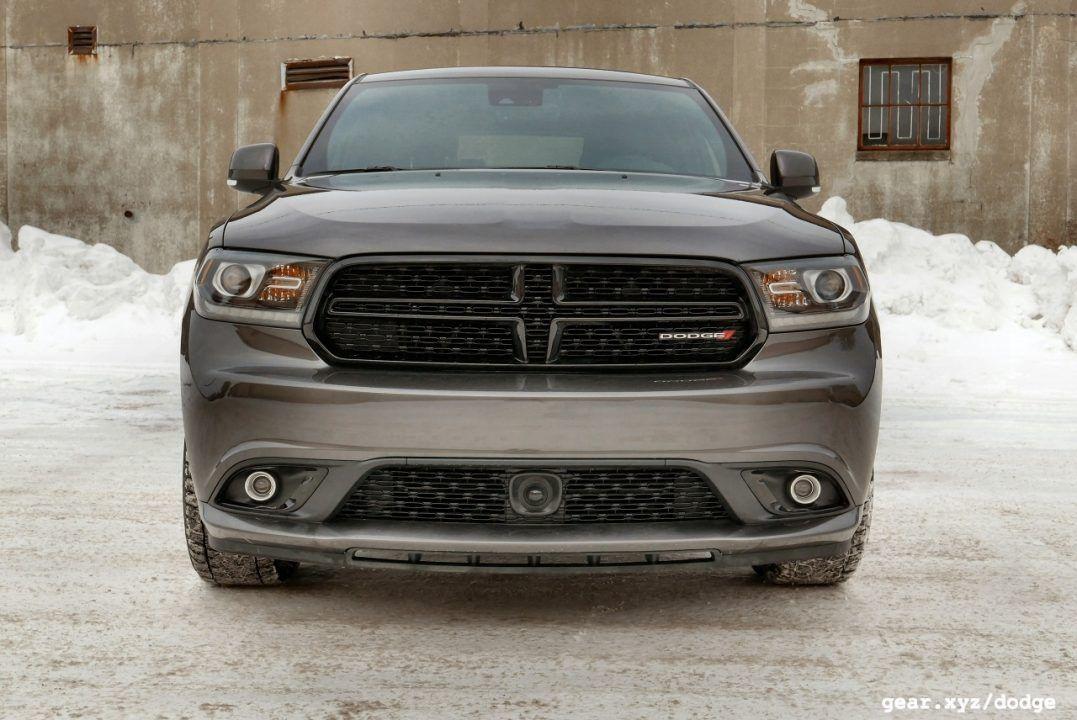 How noticeable is the Dodge Durango R/T’s platform advantage in daily driving? Despite a prodigious curb weight and a stiffer suspension system than other Durango models, the R/T manages to remain composed over the kind of rough pavement more likely to upset the apple car in a truck-based SUV. It’s remarkably easy to pilot despite its size, and feels more comfortable in a parking lot than I would have expected. The R/T’s steering has been quickened as compared to other Durango models, but alas here I didn’t notice much of a difference while commuting. 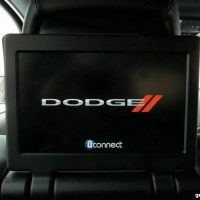 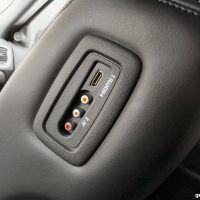 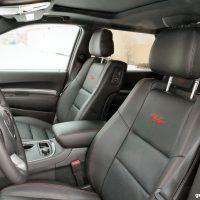 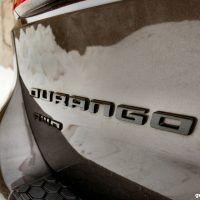 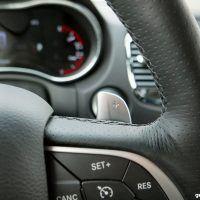 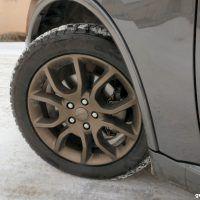 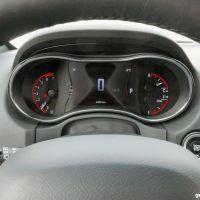 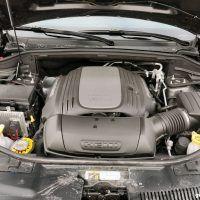 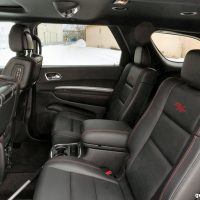 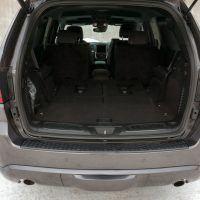 Handling is closer to that of the Grand Cherokee than a sedan-based larger crossover like the Chevrolet Traverse or the Toyota Highlander, but of course neither of those car-derived options provide the towing capacity made possible in part by the Durango R/T’s 5.7-liter Hemi V8. Rated at 360 horsepower, and capable of producing 390 lb-ft of torque, the unit pairs with an eight-speed automatic transmission and available all-wheel drive (with low-range gearing also in the cards). Expect 60-mph to arrive from a standing start in just a few ticks past six seconds, while the fuel gauge drains equally rapidly (17-mpg combined is optimistic for the R/T). You’ll get better MPG from the entry-level V6 offered by the SUV, but not nearly as much authority when passing or towing. 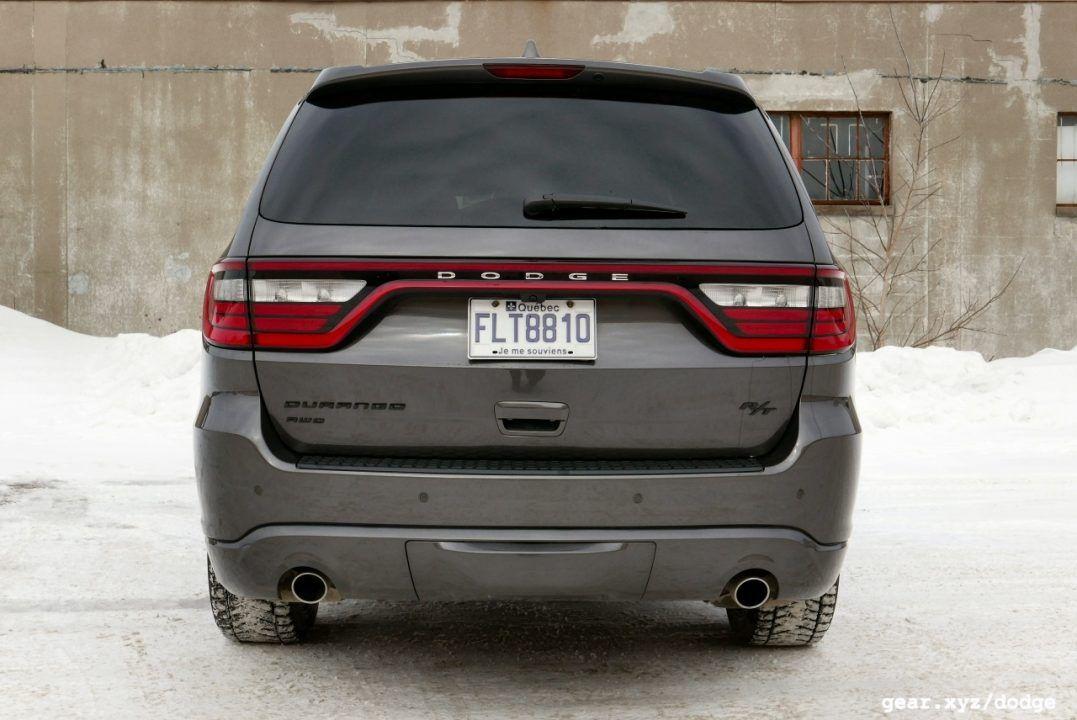 That the Durango SRT will eclipse the Durango R/T in every important performance measure, what with its bonkers horsepower, adaptive suspension, and programmable drive modes, is not in doubt. Whether the majority of current Durango customers will feel the need to upgrade is another matter entirely. The R/T is a slick-looking sport-utility vehicle that offers a long list of comfort features, respectable power, and a $42,000 starting price tag. It’s got the muscle truck persona down pat without resorting to over-the-top scoops or fender flares, and that’s a winning combination for drivers who’d really rather be piloting a Challenger but need the extra row of seating. 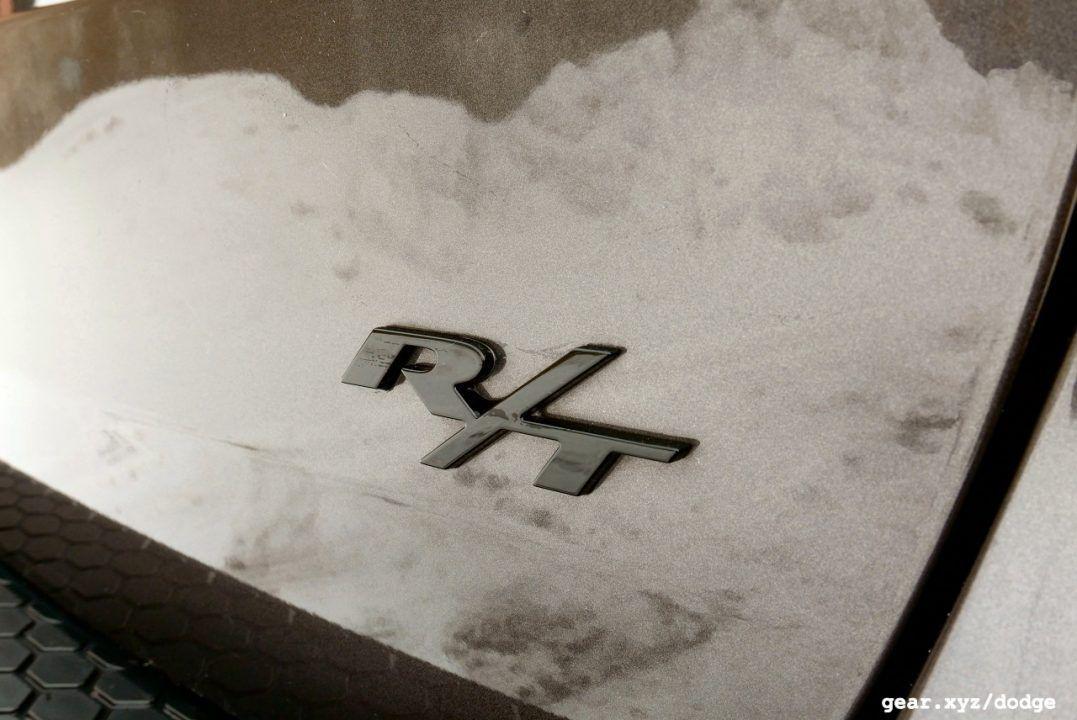