Ten years from now, looking back, I honestly believe I’ll be able to say I got to break in a future classic. When the sheet came off the BMW M2 in Detroit last month, you could hear the collective, hopeful whispers from fans of the German company’s tuning house: please, let it be another 1 Series M Coupe. Turns out, it’s even better. 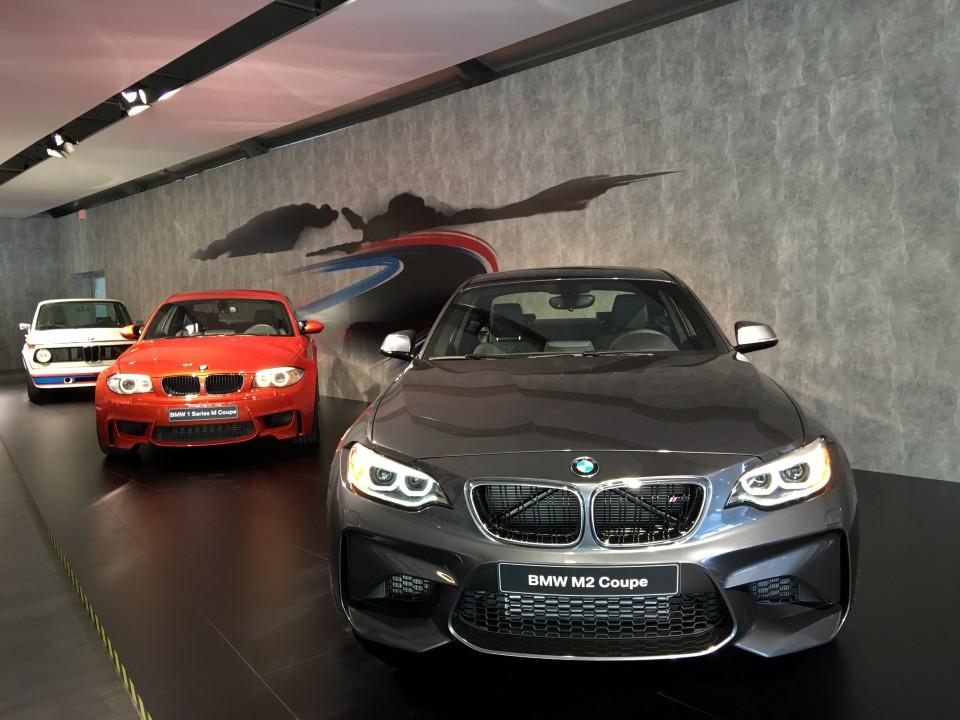 At the risk of spoiling the ending, the beauty of the new M2 is in that you can simply drive it, hard, on the road or on the track and get incredible results. That, at $51,700, it undercuts the M4 Coupe by a full $14k in the process is astonishing. 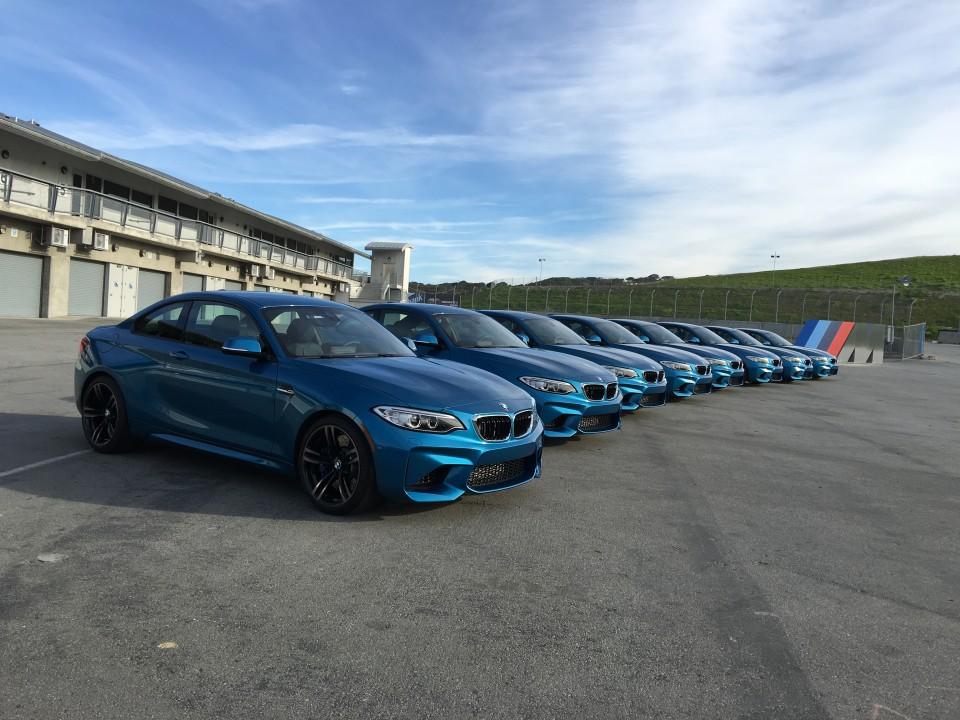 Why is the M2 such an instant success? Because it doesn’t pretend to be something that it’s not, and nor does it try to be more than what it is. I walked away thinking that this car is happiest when it’s being driven hard, and sure enough I drove it hard, both on the track and on the road to get a better sense of real world performance and handling.

My drive partner had no shortage of opportunities to push the speed limit much higher – and safely – on certain remote stretch of roads. It’s not too often when a car gives you so much confidence to take big, swooping turns on unfamiliar routes at 90+ mph, but the M2 spoke to us confidently through sticky tires, superb handling, and braking with a sense of urgency that never left us holding on for dear life. 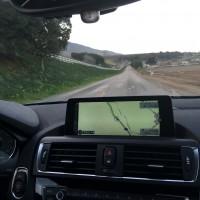 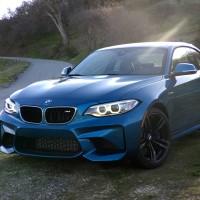 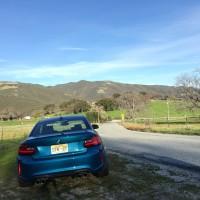 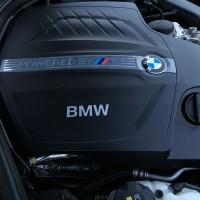 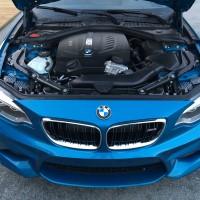 Under the sculpted hood is a high-revving turbocharged 3.0-liter straight-six, good for 365 HP and 343 lb-ft of torque delivered over a beautifully fat range with effectively zero lag from the single turbo. Things get most exciting in second and third gear: anything beyond 2,400 rpm to 6,500 rpm, it’s super responsive and delivers the power needed to whip around a tight bend or throttle out of a turn.

In my experience, even at 125+ mph, in 4th gear at 5,500 rpm, you’ve still got another 500+ in headroom. According to BMW, peak rpm for shifting is around 6,500 and the redline kicks in at 7,000 rpm. I’m sure the top speed tops off at 155mph somewhere towards the end of 5th gear, and 6th is just for the sake of overdrive. That’s where you’ll find the ballpark 30 mpg that BMW expects from the M2, should you have the restraint to go looking for it. 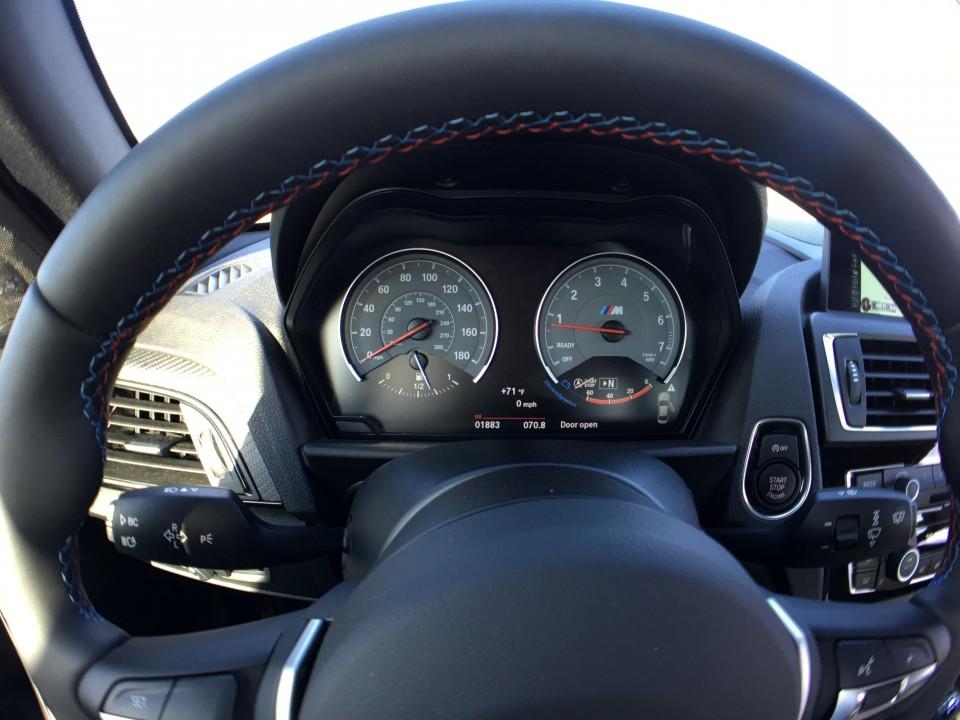 Sadly that would mean missing out on the M2’s soundtrack when you rev up toward the redline. The exhaust flap system opens up and it’s basically music to the ears; it’ll even make you forgive the piped-in enhancement that boosts what you hear in the cabin. 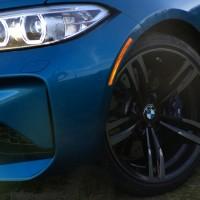 It helps that the M2’s super-quick steering and short wheelbase make it feel like you’re wielding a scalpel through the back roads. Grip is prodigious, the Michelin Pilot Super Sports summer tires – 245/35R-19 in the front and 265/35R-19 for the rear – clinging obsessively. On or off the track, meanwhile, the same brakes as found on the M4 work great.

BMW had both gearbox options for us to try, with the dual-clutch M DCT for the track and the 6-speed manual for the road. With the former, Sport+ mode reins in all but the most aggressive of the electronics, though you can bypass them altogether if you prefer. With the seven-speed DCT, the M2 does 0-60 mph in 4.2 seconds, while the six-speed manual is 0.2 seconds slower.

Speaking of the manual, it slicks between gears with ease and automatically engine rev-matches on the downshifts (so you can forget having to heel-toe). However, for those feeling the need, it’s possible to switch off rev-matching, though you also have to completely deactivate the electronic stability control in the process. If you’re going to do it – no matter the transmission – my advice would be to make sure you’re safely at the track, first: thanks to the M2’s short wheelbase and rear-wheel drive, once the stability systems are silenced the car turns into a drifting machine. Yes, it’s as much fun as you might imagine, but just remember to turn things back on again afterwards.

BMW’s road route wasn’t short on impressive scenery nor long corners and hairpins with rapid changes in elevation thrown in too, but neither was it perfectly paved. You might expect the M2 to struggle with jitter, therefore, but it proved to be balanced and poised, albeit with the firmness you’d expect. 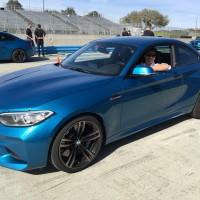 While there’s a certain thrill to an unpredictable road less travelled, there’s more fun to be had at Mazda Raceway Laguna Seca. With no highway patrol to worry about, you’re held back by your own ability to drive, the guy behind you, and of course the pace car – in this case, with the formidable Bill Auberlen of BMW behind the wheel.

The corkscrew is everyone’s favorite, possibly because it’s so unlike anything you’ll find out on the road: a huge drop down through blind corners. To get it right usually requires an elaborate collaboration between air suspension, adaptive dampers, and a bunch of electronics tying everything together, but the M2 still found time to encourage me on.

Even with the added bonus of dirt all over the turn – yes, someone spun out on a previous lap; no, it wasn’t me – the BMW goads you on to higher speeds, while in the background the recalibrated dampers, springs, bushes, geometry, and assistance from the limited-slip diff (raided from the M3’s parts bin) and Dynamic Stability Control work with you rather than trying to curtail your fun. Nudge up against the limits and you encounter understeer, but it’s easy to spot and correct for. BMW had fitted track-focused brake pads, but even after ten hot laps they weren’t showing signs of fade.

Think of it as the sum of all the little changes yielding massive results when it comes to pure, unadulterated pleasure. 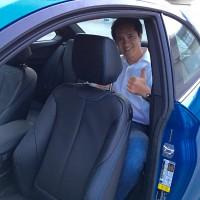 The M2 is an uncompromising 4-seater which punches much, much higher than its sticker price suggests. I purposely mention the four seats since, just because I’m a dad with two kids, it doesn’t mean I can’t enjoy a coupe without the company of my wife and two children. While it’s no sedan, the back seat is adequate even for me at 6’2, so a pair of car seats, booster, or even a teenager should fit fine.

Up front, it’s roomy though the standard black leather – even with blue stitching and open-pore carbon fiber on the dash – makes it feel fairly dark. The seats are a particular triumph, and no matter how rough or fast we pushed the M2, they offered full support with little body roll.

BMW underestimated 1 Series M Sport demand, and left many more drivers wanting the keys than were able to find them. With expectations even higher for the M2, I suspect showrooms will be busy come April when the car arrives in the US. It may be the smallest of the M Series, but it feels the most exciting: that’s a job well done by BMW, and a future classic in the making.