Resplendently menacing in battleship gray, the 2016 Audi TTS Coupe hides its horsepower upgrade over the regular TT with little more than some red badging to signify the difference. The third-generation TT looks great, rediscovering its way, if not quite to the Bauhaus purity of the original, then at least to a sharper, crisper aesthetic than the second-gen car ever managed, and if you’re of the mind that more power always equals more appeal, the TTS argument might seem clear cut.

Despite the rightly-notorious San Francisco summer, the TTS never got the pea-soup fog its paint job makes it perfect to loom in. Indeed, I clearly reviewed the perkier coupe and its regular TT Roadster sibling in the wrong order: the drop-top landed on my drive in damp January, though proved a capable foil to the weather with its neck-warming air scarf. 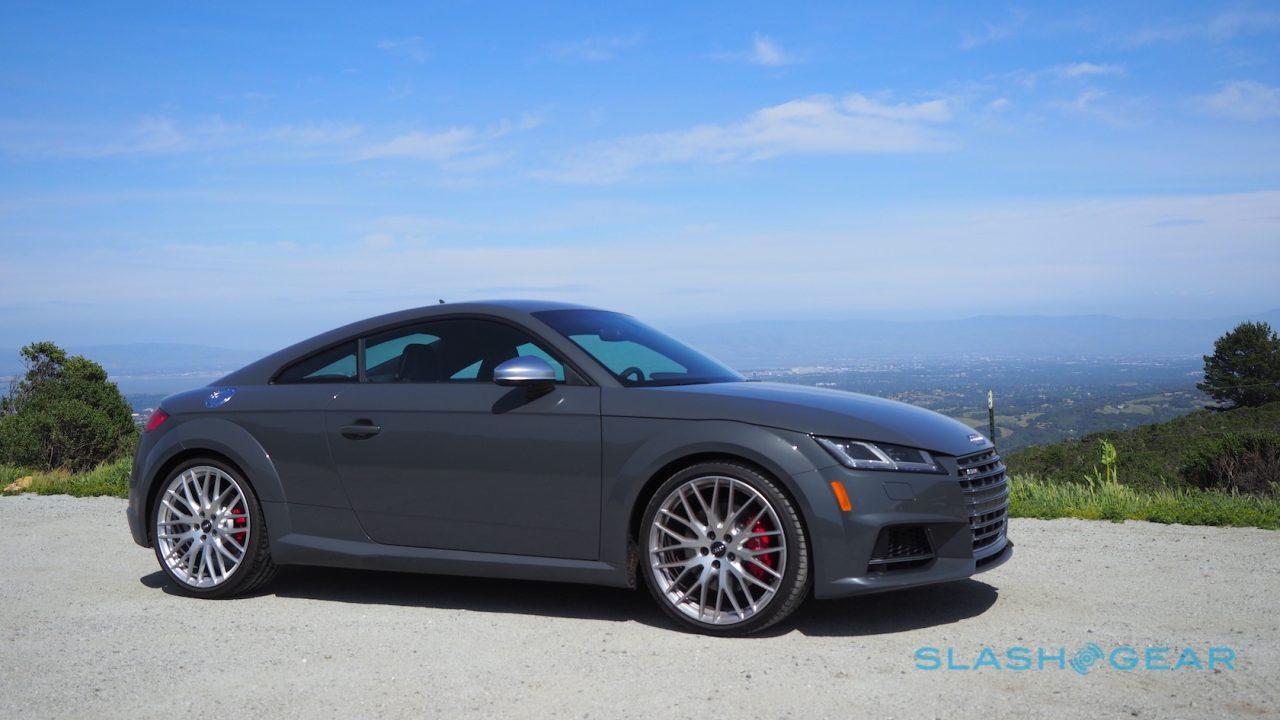 Then, the permanent quattro all-wheel drive demonstrated its worth on wet roads, but with the TTS it gets more horses and a little extra torque to contain. Audi takes the broadly-used 2.0-liter TFSI and switches out the turbocharger, pistons, and cylinder head, along with throwing in a higher-pressure fuel injection system; after all that effort, you get 292 horsepower and 280 lb-ft. of torque, up 72 HP and 22 lb-ft. over the normal TT.

Paired with a six-speed S tronic dual-clutch transmission with paddle-shifters as standard – ratios closer set than in the normal non-S car – it should be a speed machine, though you need a heavy right foot to get the full benefits. Maximum torque in the TTS kicks in at higher revs than in the TT, at 1,900 rpm rather than 1,600 rpm, rewarding the aggressive but, perversely, running the risk that the more conservative buyer could feel underwhelmed. 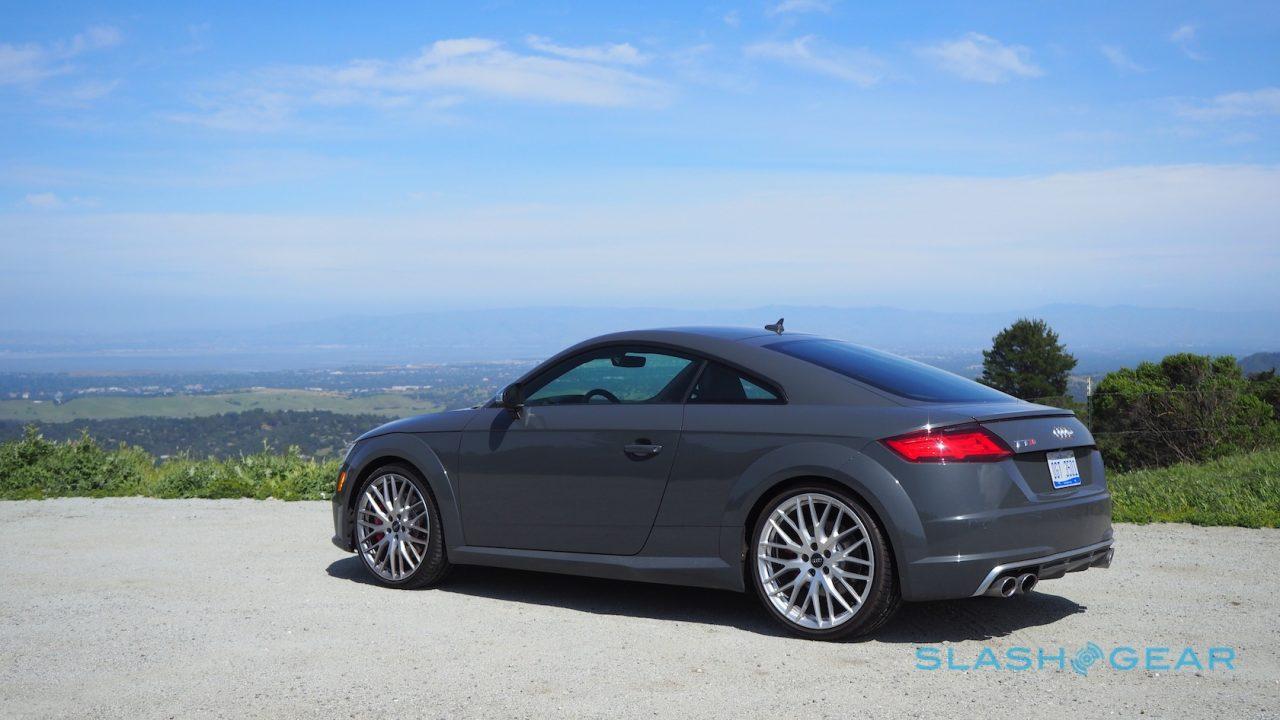 Cast normal Audi driver restraint out the window and things make more sense. A 4.6 second 0-60 mph time sounds eminently reasonable to me, but the TTS really comes into its own when the roads are twisty. Flip the drive mode system into “Dynamic” and it biases power delivery to the rear, leaving you with a car that drives as enthusiastically as a RWD but with the reassurance of AWD. 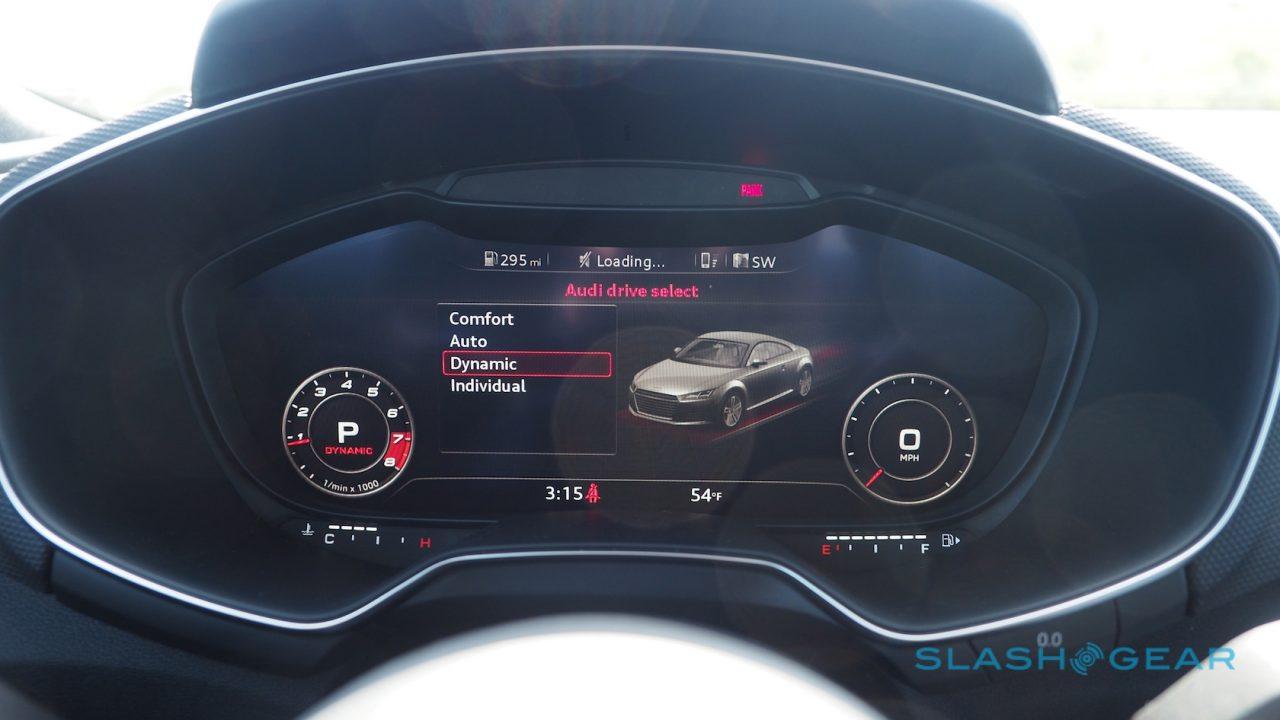 Few cars gorge their way through the hairpin bends and tight corners of the mountain roads I’m fortunate enough to live among like the TTS does, its compact footprint making placement easy. Audi’s magnetic dampers – not found on the regular TT – make short work of bumps and asphalt imperfections, making for a flatter ride even in the sharpest of turns.

It stops with equal eagerness, larger brakes contributing to giving you the confidence to hit corners faster, brake later, and still figure you’ll be upright and grinning when you come out the other side. 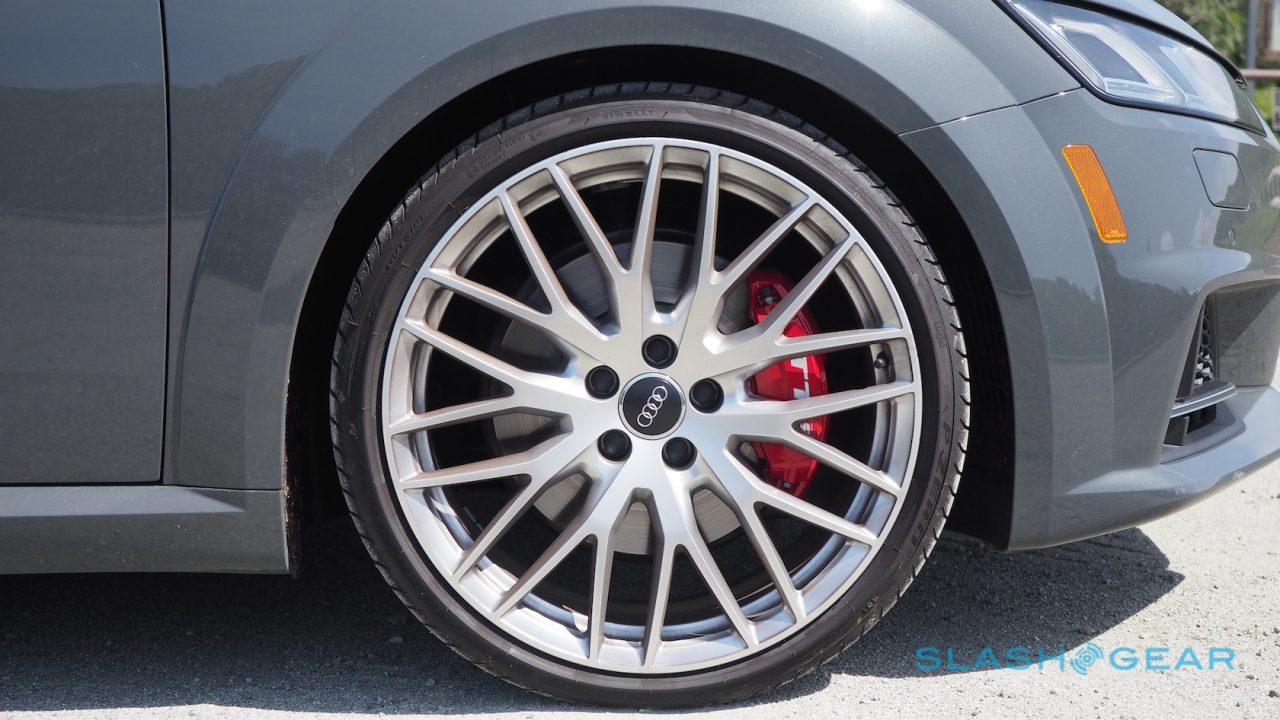 Since you can’t drive hell for leather 24/7, there are nods to practicality too, some more effective than others. The trunk, with its convenient hatchback opening, is more capacious than you’d expect; the rear seats are scaled for children or adults you dislike. Audi’s Virtual Cockpit remains eye-catching and easy to use, as are the HVAC controls integrated into the vents themselves. 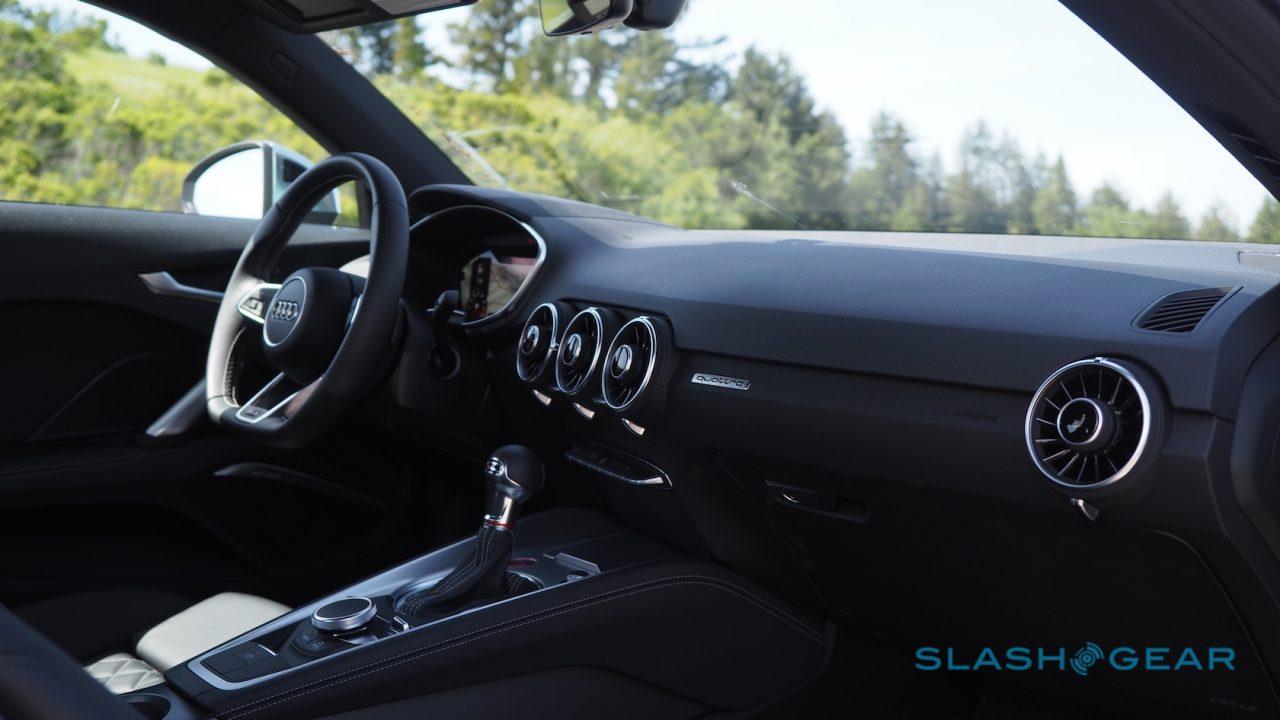 Comfortable, supportive front seats, along with great ergonomics and superlative build quality help give the TTS an edge over coupe rivals. Problem is, the regular TT gets all that too. 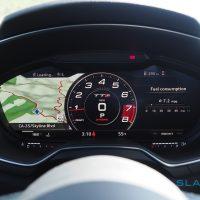 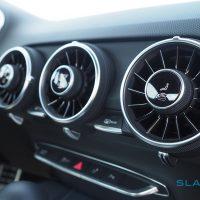 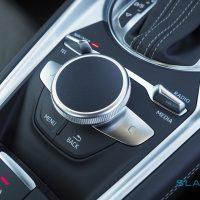 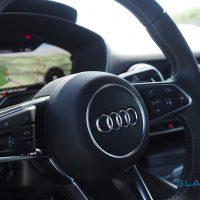 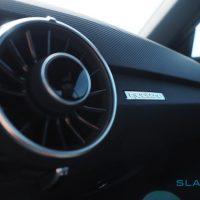 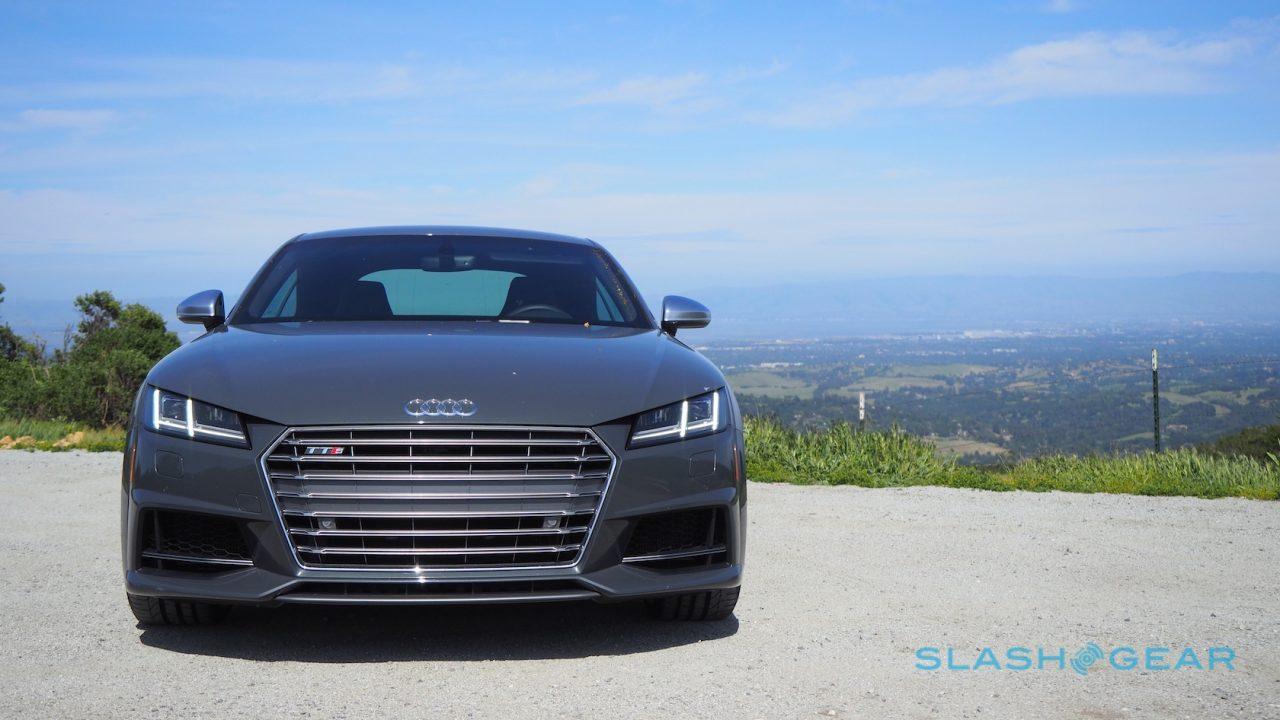 That’s a lot of money – heck, it’s Corvette Stingray money – for a small coupe, even one with Audi’s four gleaming rings on the snout. Problem is, Audi’s regular TT Coupe is very nearly as good with a big difference in price, and if you can do without the two-door style (or, for that matter, need rear seats that are useful for more than just extra luggage) the S3 gets the same engine as the TTS but starts at just over $42k.

Hotter versions of regular cars are fun, but in this particular case I’m just not convinced the TT needed to be any toastier. 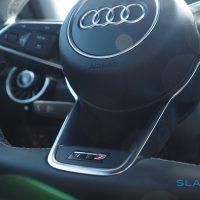 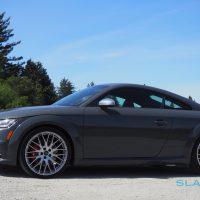 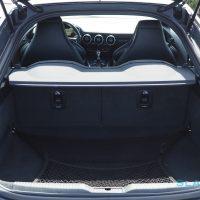 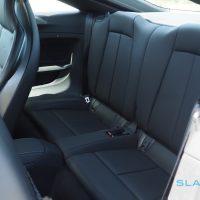 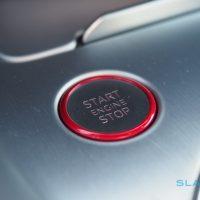 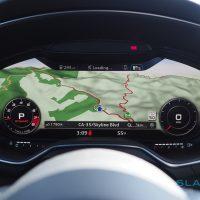 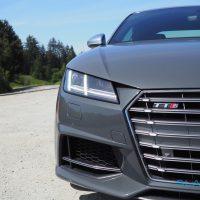 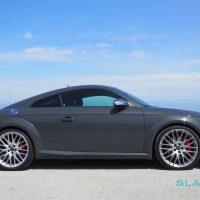 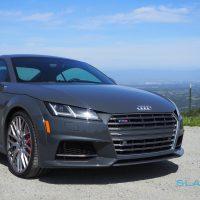 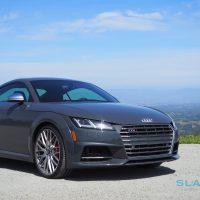 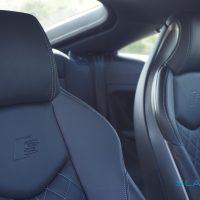 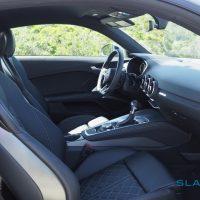 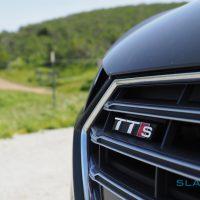 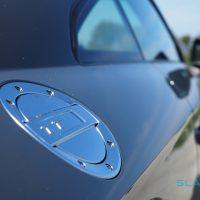 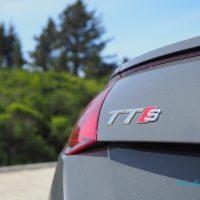 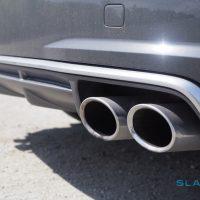 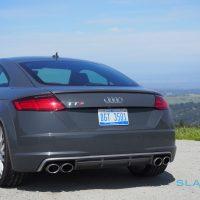 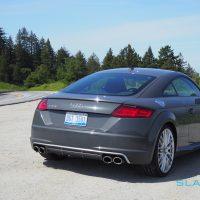