After the success of the 2014 2 Series Coupe, BMW is now making available their open-top counterparts. Drawing from a rich and successful history of BMW convertibles and the design language seen in the 2 Series Coupe, the 2015 228i and 2015 M235i blend power, class, and intelligence to deliver unparalleled open-air driving when you want and a co-equal closed-top experience when you need to.

There are three models included in BMW’s 2 Series Convertible. At the very base is the BMW 228i Convertible, with just the right amount of features for your typical open-top car. It is powered by four-cylinder engine that generates a max horsepower of 420hp and a peak torque of 255 lb-ft. With an 8-speed sport automatic transmission, it can reach a speed of 60 mph from zero in just 5.7 seconds. The 228i xDrive is practically the same convertible but adds, as you might guess, BMW’s all-wheel drive system from the get go. With xDrive, the amount torque can be dynamically split between the rear and front wheels depending on driving conditions. Plus, its Dynamic Stability Control also compensates for excessive over- or under- steering by either sending or stopping all driving torque to the front wheels.

The BMW 235i Convertible, on the other hand, is touted to be the first member of the company’s M Performance line with an open-top design. This means the same sports car driving experience, thanks to the M Performance TwinPower Turbo inline-six engine, delivered in a premium convertible package. It generates a maximum of 320hp between 5,800 and 6,000 rpm and reaches a maximum torque of 330 lb-ft. Acceleration from zero to 60 mph happens in just 4.8 seconds. 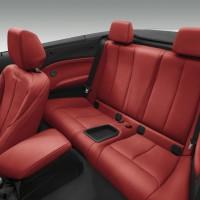 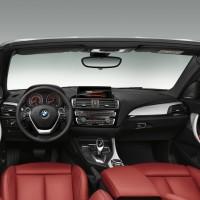 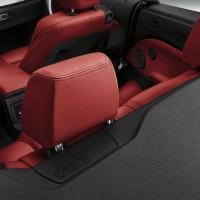 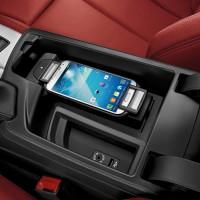 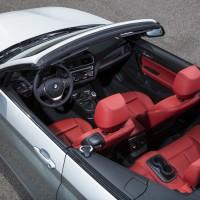 All models are fitted with BMW’s array of “smart” technologies, ranging from driver safety to navigation, to infotainment. The ConnectedDrive on the BMW 2 Series Convertibles are capable of holding a standard SIM card for connection on the go. For the first time, that connection includes support for fast LTE wireless networks. This connection can be used not just for downloading or accessing additional apps but also for updating navigation data and maps. BMW also offers optional safety features as part of its Driver Assistance package, which includes items such as Park Distance Control, rear view cameras, Driver Assistance Plus adds even more like Active Driving Assistant with Speed Limit Info, Lane Departure Warning, and more.

The BMW 2 Series Convertible will make their debut at the Paris Motor Show in October. They will then head to US showrooms in 2015, no exact date given yet, and will be priced as follows: the BMW 228i Convertible will have a suggested retail price of $38,850; with the addition of the intelligent all-wheel drive system, the BMW 228i xDrive will cost higher at 40,650; and at the very top of the list is the M Performance BMW M235i, which will set you back a good $48,650. 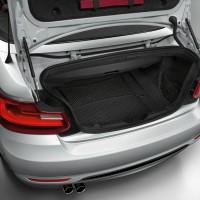 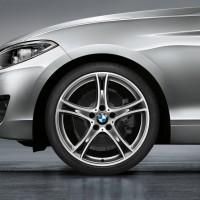 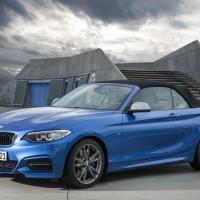 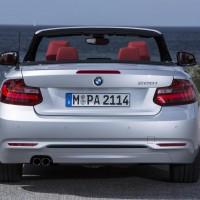 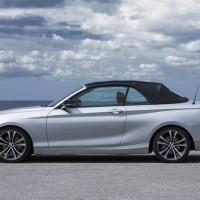 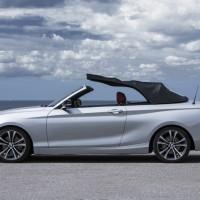 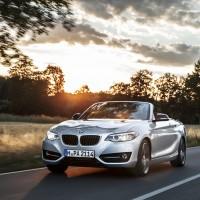 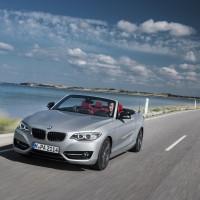 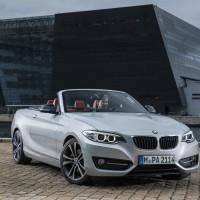