Most people have probably been driving down the highway minding their own business and run across a truck of some sort lifted up high and rolling around on large wheels and tires. While a lifted truck is a common sight on roads all around the country, most of those trucks, no matter how tall, don’t exactly qualify as a monster truck.

There is a breed of vehicle known as a monster truck that has tires bigger than most cars and massive engines under the hood, making them extremely fast and agile on top of their size. The truck seen in this picture is a monster truck with eight seats in the bed for giving people rides while you do monster truck things. The vehicle started as a 2013 Chevrolet Silverado 2500 HD. 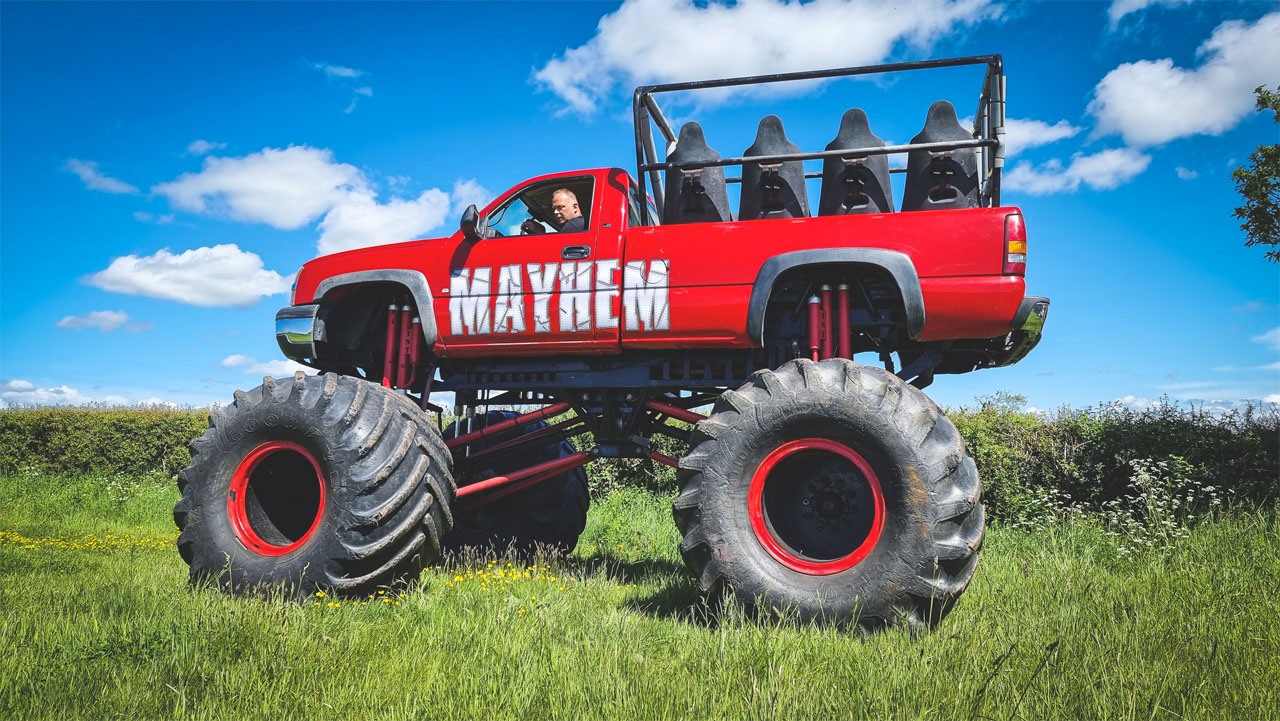 Mayhem was built by TNT 4×4 Shop in Long Island, where it had originally been a normal shop truck. It has a 6.0-liter Vortec V-8 under the hood. The suspension under the truck is completely custom, with a lifted chassis and multiple large shock absorbers all the way around. The differentials on the truck feature brakes, and it rolls on 66-inch tires. 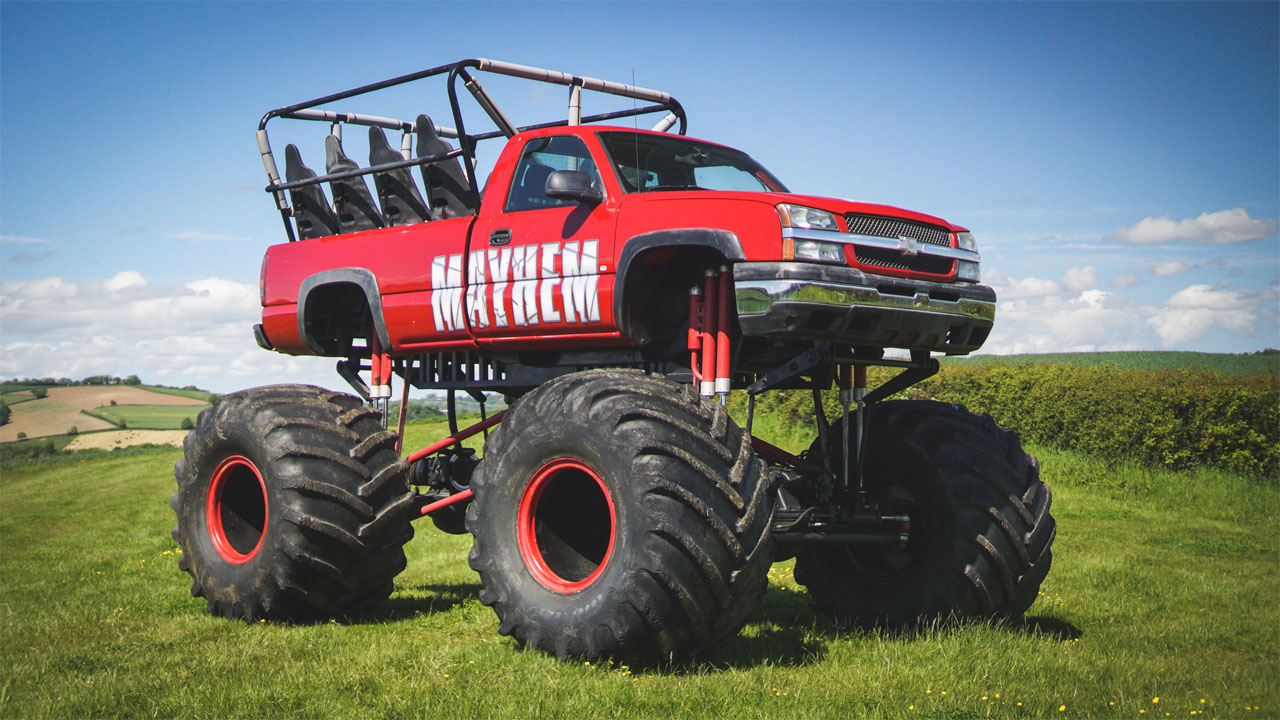 To protect those eight people riding in the bed of the truck from being squished in the event of a rollover, the bed is enclosed in a roll cage. Originally, the truck was enjoyed in the US, but it now lives in the UK, where it was renamed Mayhem as it’s currently known. The truck was used in the UK for car shows and various events.

Inside it’s almost completely stock Chevrolet truck, and it has some wear and tear. The truck body itself appears to be clean and is and to be free from rust and major damage. The 6.0-liter V-8 under the hood is bone stock producing 300 horsepower. While that’s not a lot of power for such a massive truck, it’s reportedly still able to crush cars. The auction is set to start on June 23 at 10 AM with no indication of how much it might sell for at Car & Classic in the UK.