120 foot wide asteroid passes closer to Earth than the moon

If you’re worried about asteroids smacking the planet on a daily basis, you’ll be less than excited to hear that a giant rock approximately 120 feet wide just passed between Earth and our moon. This is extremely close to the planet Earth for an asteroid of that size, if you did not know, and at that size the rock would, indeed, do substantial damage to the planet if it ever did decide to come down and visit the surface. At the moment we’re pretty much safe from what’s called “Asteroid 2012 XE54.”

This rock was reported on by several outlets, with folks like astronomer Pasquale Tricarico, of the Planetary Science Institute in Tucson, Arizona writing that “asteroids eclipsing during an Earth flyby are relatively rare.” This event had the asteroid passing just 140,000 miles away from our planet – the Moon passes an average of 240,000 miles around our planet on the regular. 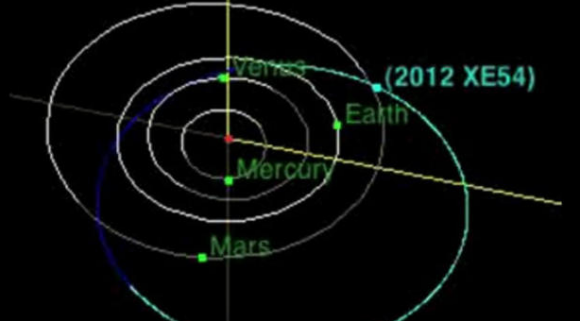 Also according to Pasquale Tricarico, Ph.D., this is only the third time an asteroid has been recorded to be eclipsing during and Earth flyby, the first being asteroid 2008 TC3 (in the year 2008) and the next being 2012 KT42. The second asteroid there experienced both an eclipse and a transit int he same Earth flyby in the year 2012. Now we’ve got this 2012 XE54 beast that’s eclipsing again – and the calculations aren’t yet complete!

We’ll be keeping an eye on this piece of space mass as it continues on its trek outside our galaxy – or right smack back into our planet in less than 3 years. The asteroid 2012 XE54 is set to complete a lap around the Sun in 2.72 years – see you again soon!