Zelda: Breath of the Wild DLC incoming with $20 season pass

For the first time ever, a main line Zelda game will be getting paid DLC with the release of Breath of the Wild. Not only that, but Nintendo is hopping on the season pass train, announcing that one will be available for purchase from launch day. The season pass will include two DLC packs along with some bonuses on launch day for those who buy it early.

Nintendo actually seems to be confused about the traditional purpose of the season pass. While many publishers offer the season pass as a way for players to get a bit of a discount when buying all of a game’s DLC together, Nintendo’s announcement says that the DLC packs for Breath of the Wild can’t be purchased individually. Either you buy all of the DLC for $20 or you get none of it. 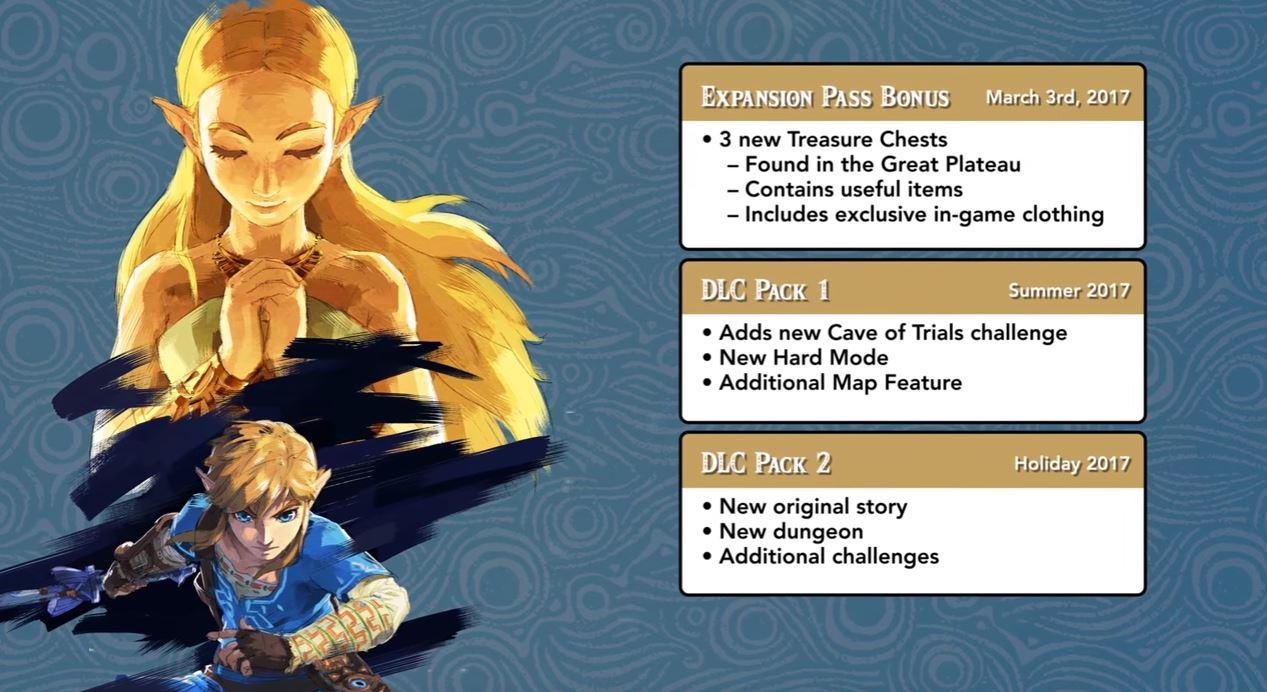 Obviously, that could always change pending Nintendo’s reconsideration, but for now at least, that’s the way things are going to work. So, what does that $20 get you? At first, it’ll only add three chests to Breath of the Wild‘s Great Plateau area. One of these chests features a Nintendo Switch shirt for link, while the other two “deliver useful items.”

Then, later on this summer, the first DLC pack will launch. This pack will add a new hard mode and a Cave of Trials challenge mode, along with a nebulous “new feature for the in-game map.” Finally, winter 2017 will bring the release of the second and final DLC pack, which adds a new dungeon and an additional story to Breath of the Wild.

Nintendo is being fairly vague at this point, so it’s hard to tell if Breath of the Wild‘s season pass will be worth the $20 asking price. Hopefully we find out more about it before launch. The pack will be going live across both Nintendo Switch and Wii U when The Legend of Zelda: Breath of the Wild launches on March 3.