Anyone who livestreams knows that it takes a bit of work to get up and running, especially if you’re livestreaming to PC. Whether you’re streaming on Twitch, YouTube, or Mixer, you generally need to set up an encoder to handle the heavy lifting, which can be quite the process for someone who is new to the scene. Today, YouTube is looking to make the process of starting a livestream much easier by rolling out new features to YouTube Live.

Beginning today, YouTube is allowing you send a stream live without having to use any additional software. Instead, you’ll be able to begin a livestream simply by heading over to youtube.com/webcam or by clicking on the new “Go Live” option that has appeared under the “Create” button in the YouTube header.

From there, you’ll only need to enter a title, determine any privacy settings you want for your livestream, and click the “Next” button. Your webcam will snap a picture that’ll be used for the video’s thumbnail, and once that’s done, all you need to do is click “Go Live” to begin streaming. It’s a very straightforward process that doesn’t involve setting up an encoder or dealing with stream keys, so don’t be surprised to see an uptick in the number of people streaming to YouTube as a result. 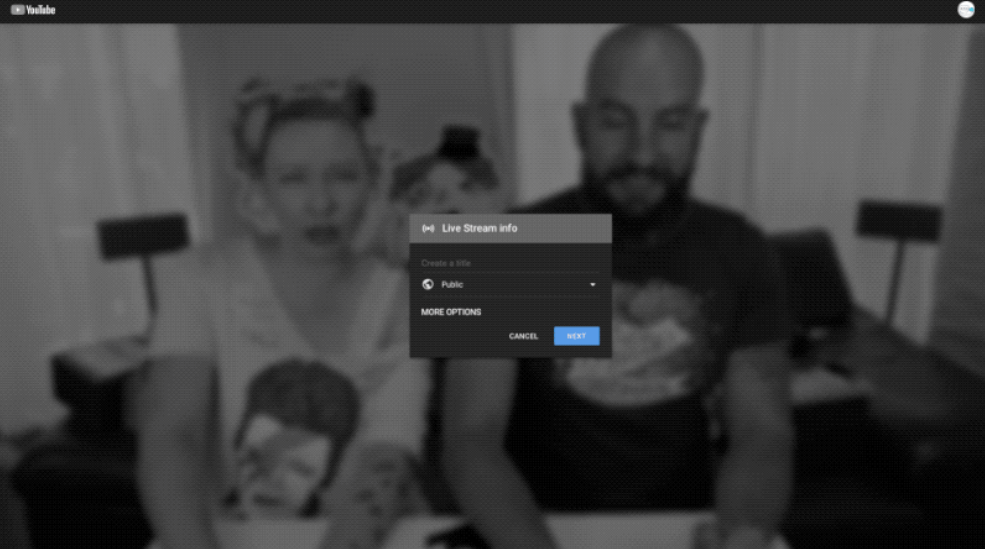 Livestreaming on YouTube was fairly late to the party, at least when you consider the massive audience Twitch has built up over the years. While YouTube Live doesn’t have the same narrow focus that Twitch does, there are still a lot of streamers who prefer to use Twitch as their main platform. In the time since YouTube’s Live launch, we’ve seen it roll out a number of new features to tempt both YouTube creators and Twitch users into streaming on its platform, and this is easily one of the most exciting.

It doesn’t end with just making streaming from a PC easier, though. YouTube also plans to roll out functionality that allows you stream directly from your mobile phone’s camera app in the coming months, with devices from ASUS, LG, Motorola, Nokia, and Samsung slated to get the feature first. We’ll keep an eye out for more details on this, so stay tuned.